A look at Iranian newspaper front pages on January 11

IFP – IFP has taken a look at the front pages of Iranian newspapers on Thursday, January 11, and picked headlines from 11 of them. IFP has simply translated the headlines and does not vouch for their accuracy.

Newspapers today widely covered the remarks made by Iranian Foreign Minister Mohammad Javad Zarif about the nuclear deal between Tehran and world powers and Trump’s upcoming decision about the JCPOA.

Zarif left Tehran for Moscow on Wednesday to hold talks with his Russian counterpart Sergei Lavrov, and then departed for Brussels where he later met his counterparts from Germany, France, and Britain as well as the EU foreign policy chief. The talks are mainly focused on the nuclear deal and Iran’s compliance with its commitments.

The recent unrest in Iran and the ensuing developments, particularly the situation of detainees and those behind the riots, also remained a top story today.

1- Zarif: Even Trump Himself Doesn’t Know What He’s Going to Do with JCPOA 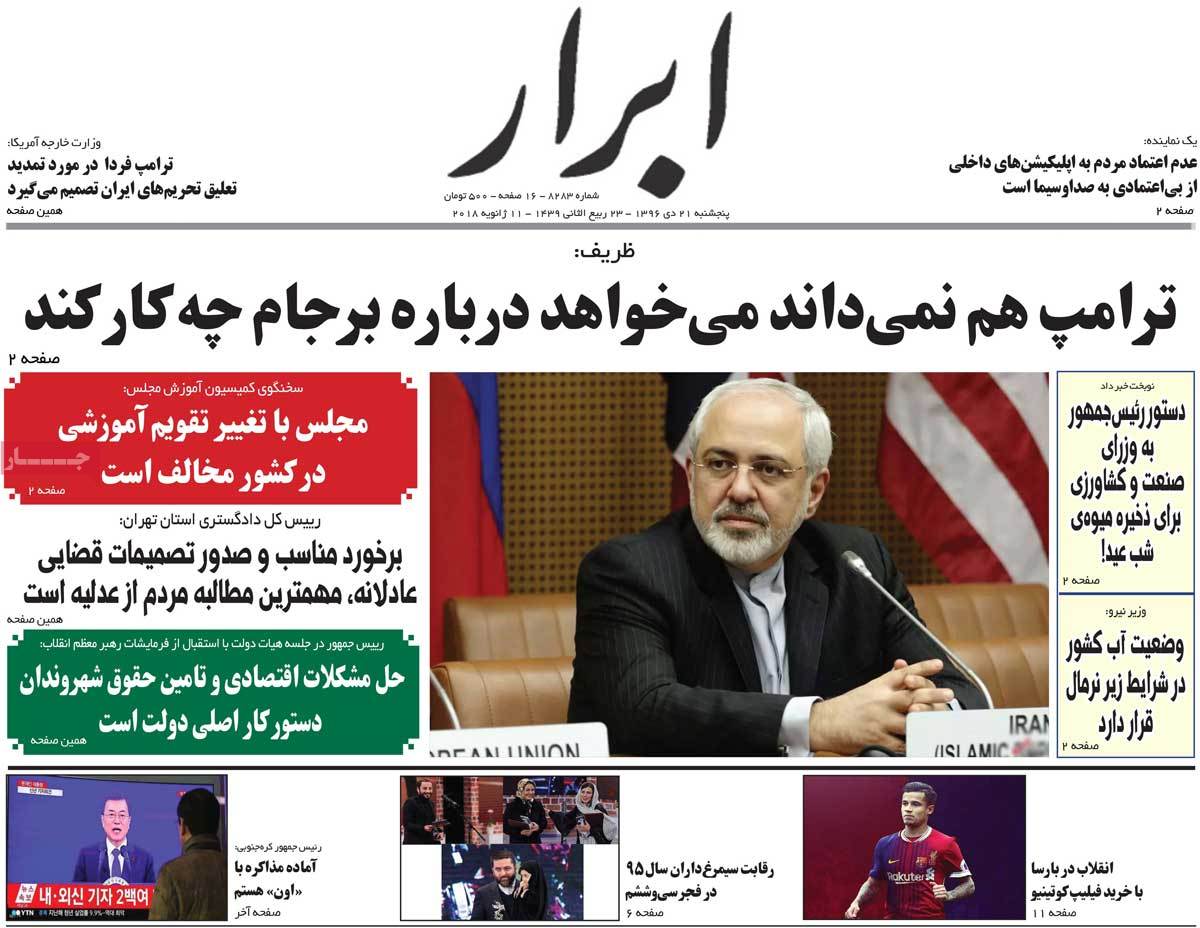 1- China Not Taking Risk in Containing Fire of Iranian Ship

2- Reformist Figure: Economic Rift between Europe, US Opportunity for Iran 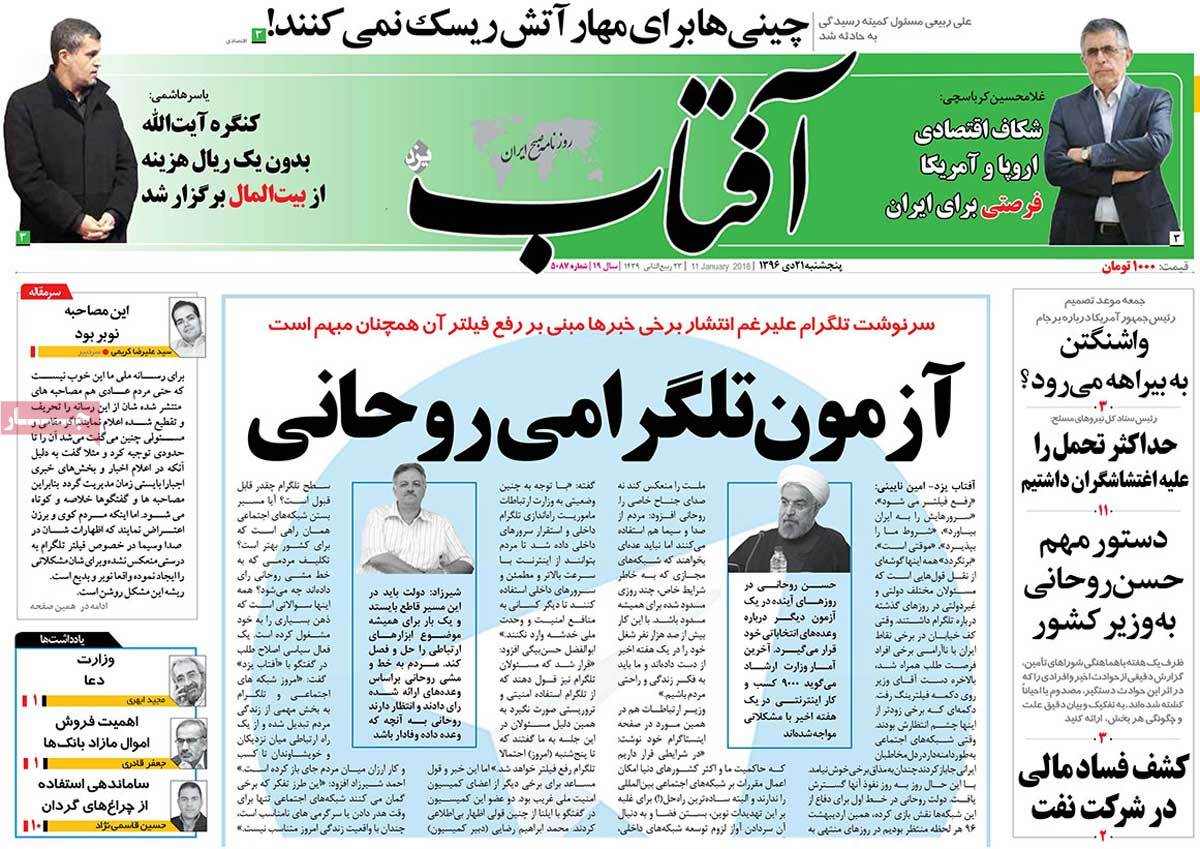 1- Ayatollah Mousavi Bojnourdi: We Should See People as Priority

3- Countdown Begins: US to Make Decision about Iran Nuclear Deal 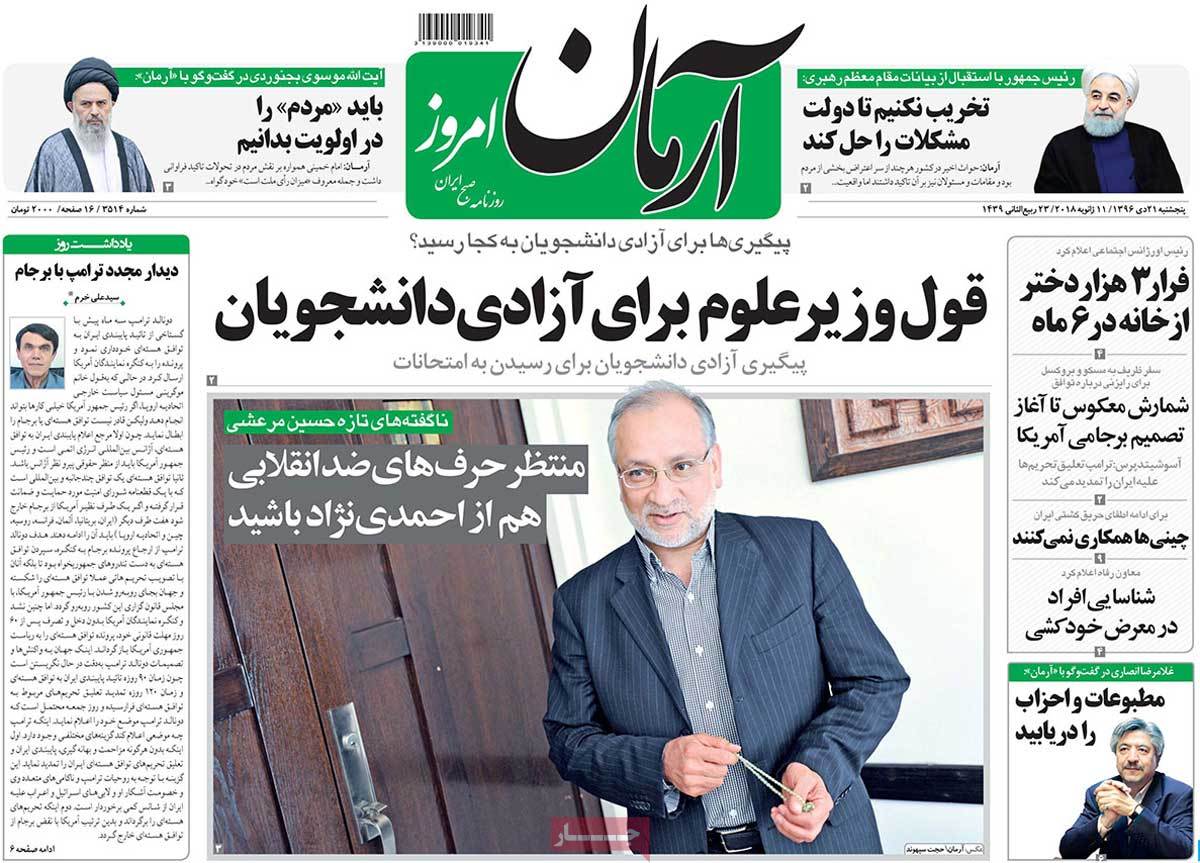 1- Interior Minister Tasked with Starting Probe into Casualties of Unrest

2- Zarif: Europe Does Not Know What Decision Trump Will Make 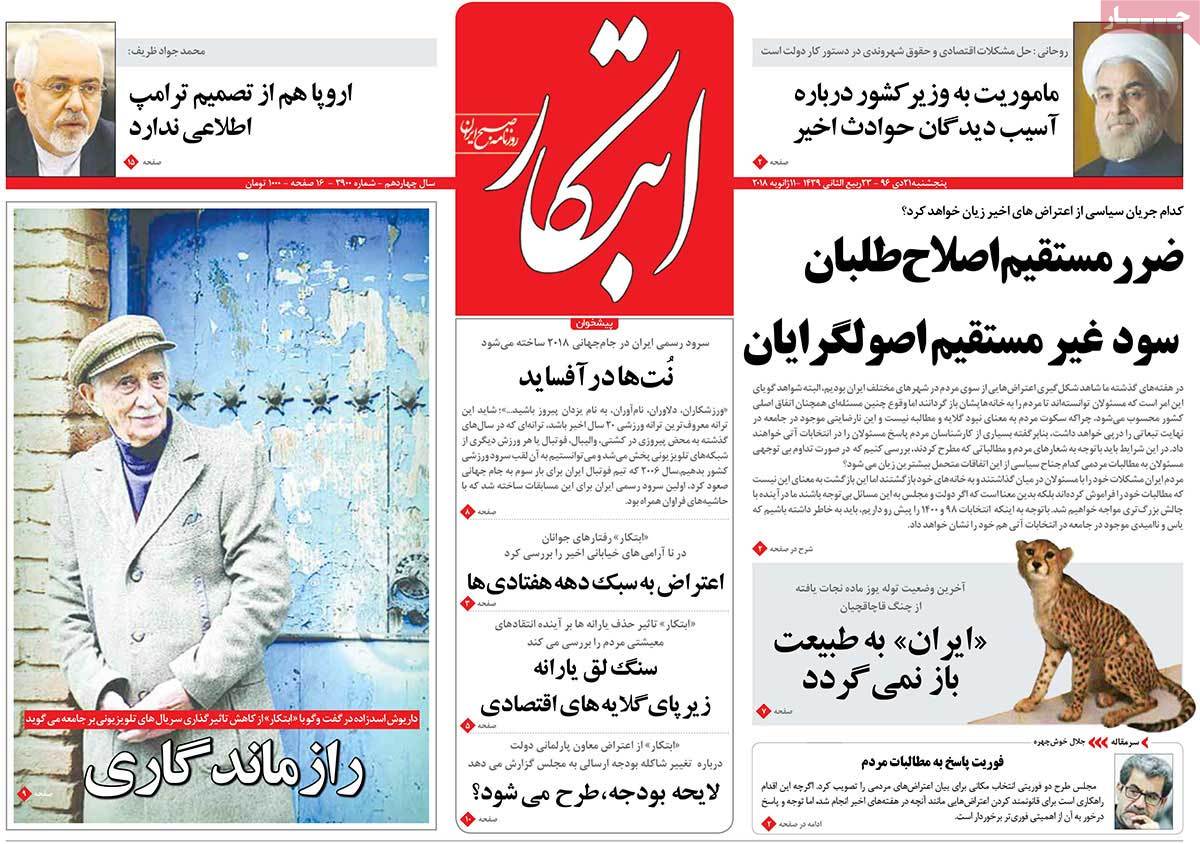 1- Zarif: World Community Must Stand against Anti-JCPOA Measures of US

4- Rouhani: Government to Focus on Eradication of Absolute Poverty Next Year 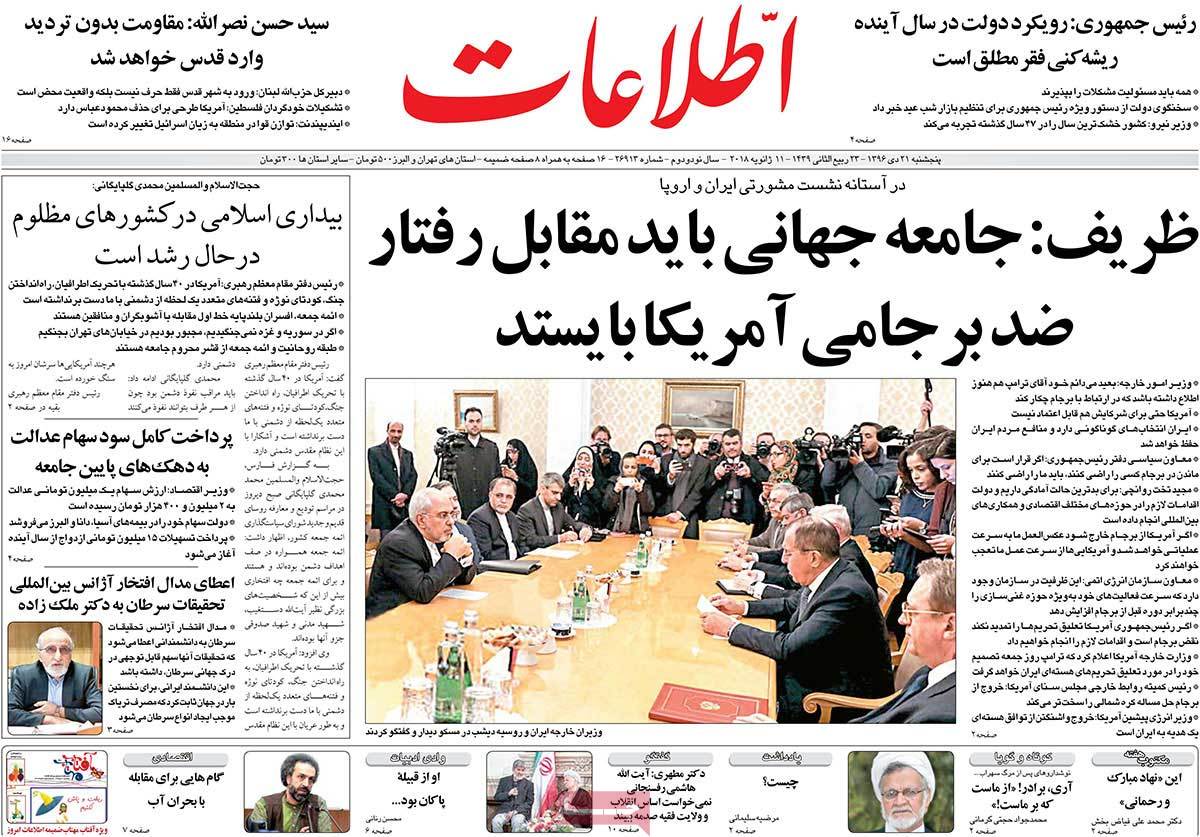 1- Gov’t Expects Parliament to Complete Proposed Budget, Not to Change It

2- Rouhani: We Are All Responsible 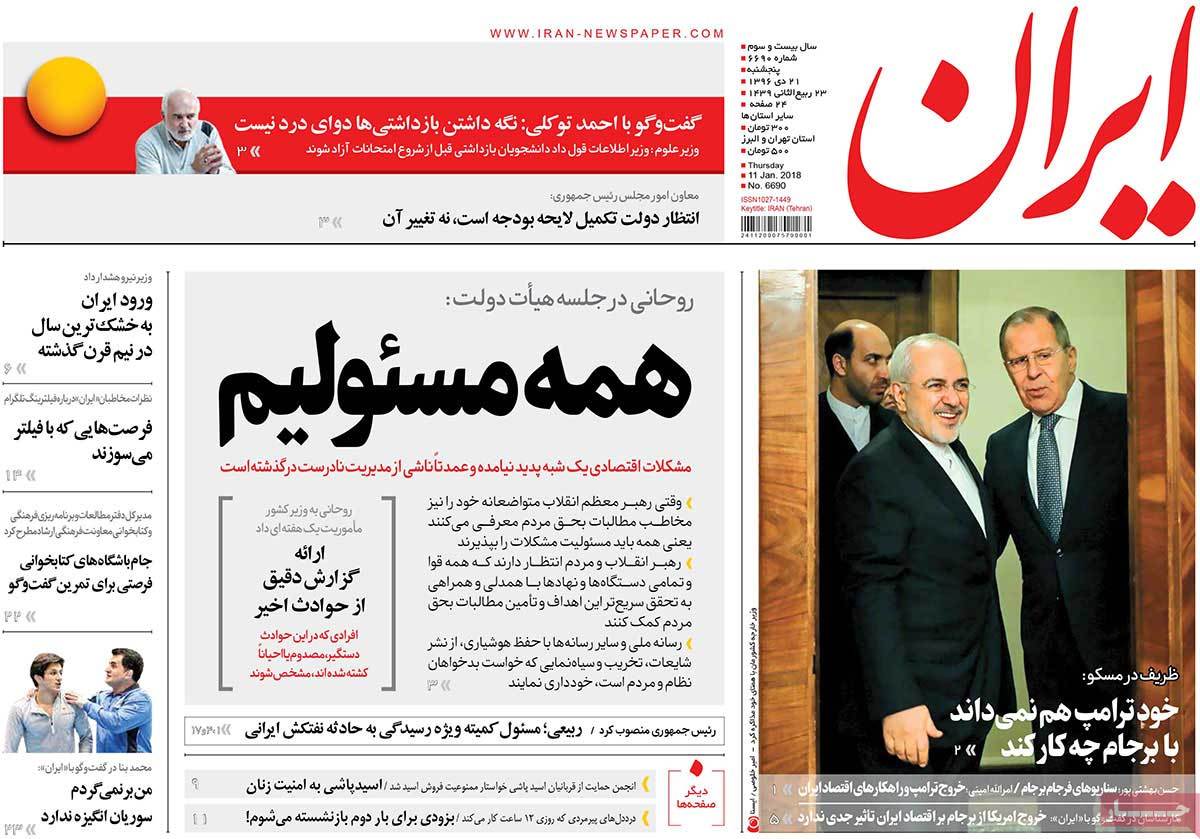 1- Iran’s Uranium Warning to US Withdrawal from JCPOA 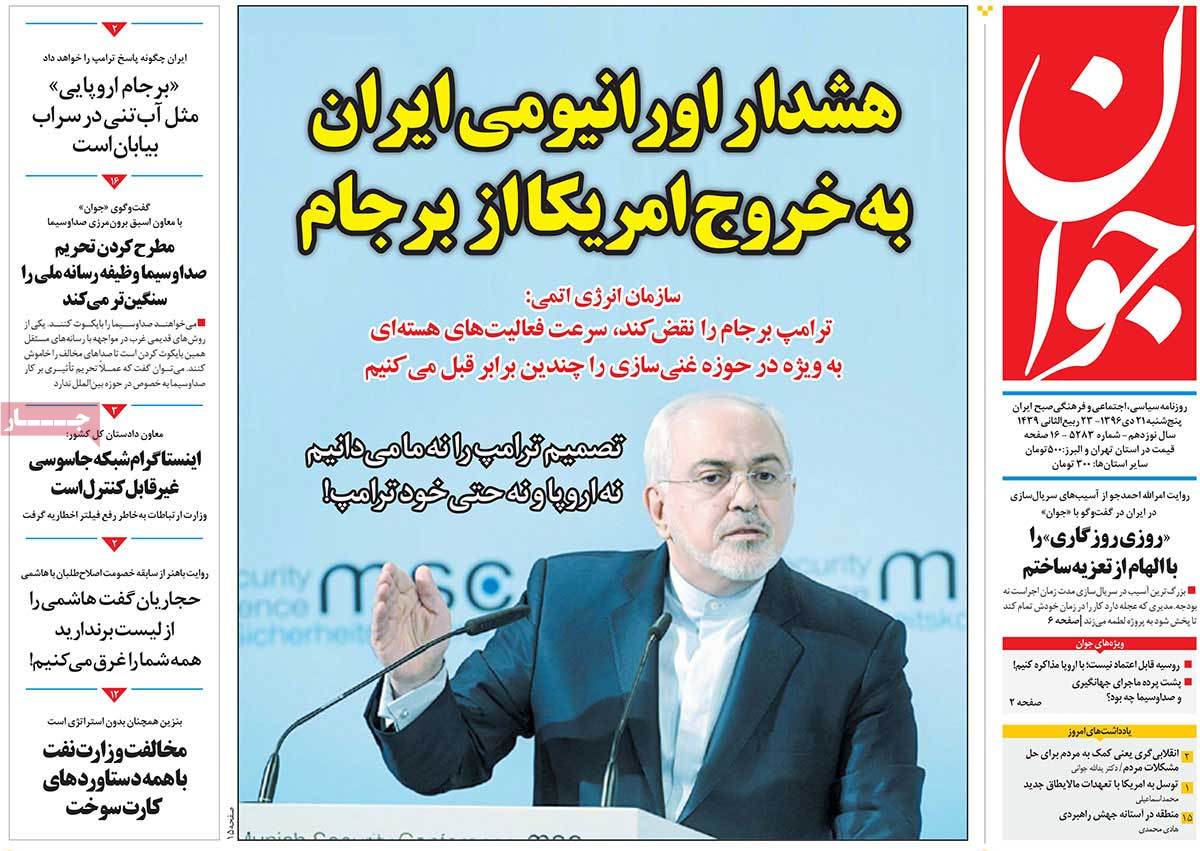 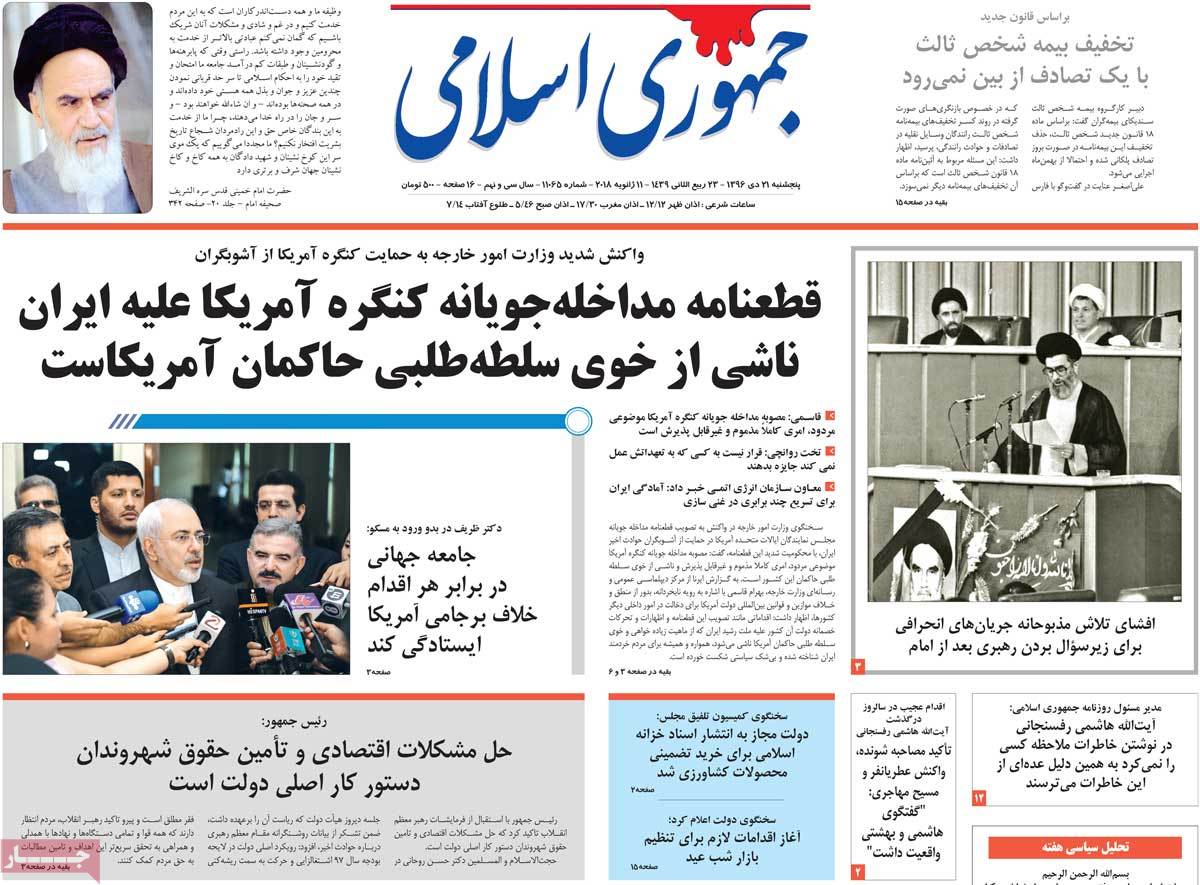 1- Next Year’s Budget: Remedy or More Pain for People?

3- Anti-Iran Resolution Passed in US House to Support Rioters

1- We Should Beware of Enemy’s Infiltration: Iran Leader’s Chief of Staff

2- Central Bank Governor: We Don’t Approve of Bitcoin; People Should Be Careful 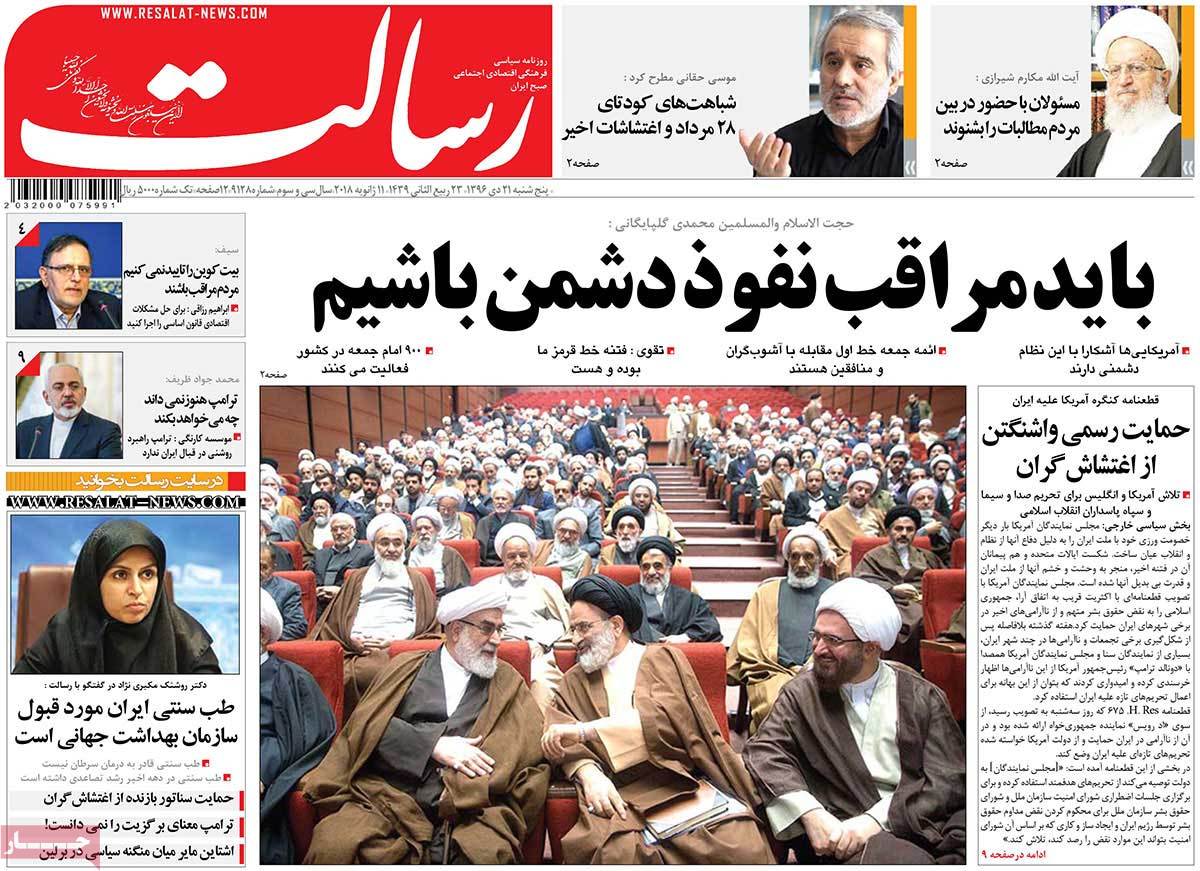