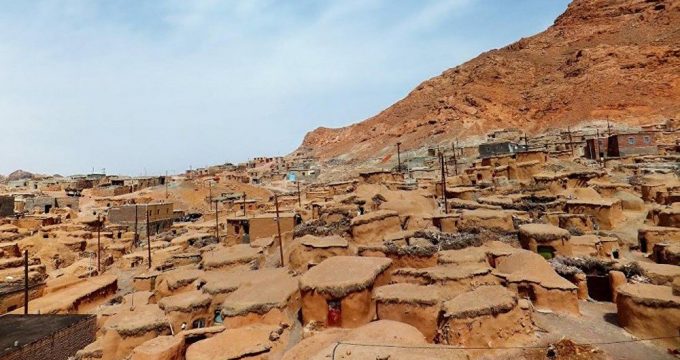 BBC | Shervin Abdolhamidi: In the first part of Jonathan Swift’s book Gulliver’s Travels, Lemuel Gulliver washes ashore on the island country of Lilliput, where he encounters the Lilliputians, who stand barely taller than 15cm.

While Swift’s Lilliput is merely a fantasy, a comparable village exists in the eastern extremities of Iran. Up until around a century ago, some of the residents of Makhunik, a 1,500-year-old village roughly 75km west of the Afghan border, measured a mere metre in height – approximately 50cm shorter than the average height at the time.

Up until around 100 years ago, some residents of Makhunik measured a mere metre in height (Credit: Mohammad M. Rashed)

In 2005, a mummified body measuring 25cm in length was found in the region. The discovery fuelled the belief that this remote corner of Iran, which consists of 13 villages, including Makhunik, was once home to an ancient ‘City of Dwarfs’. Although experts have determined that the mummy was actually a premature baby who died roughly 400 years ago, they contend that previous generations of Makhunik residents were indeed shorter than usual.

Malnutrition significantly contributed to Makhunik residents’ height deficiency. Raising animals was difficult in this dry, desolate region, and turnips, grain, barley and a date-like fruit called jujube constituted the only farming. Makhunik residents subsisted on simple vegetarian dishes such as kashk-beneh(made from whey and a type of pistachio that is grown in the mountains), and pokhteek (a mixture of dried whey and turnip).

Some believe that Makhunik was once home to an ancient ‘City of Dwarfs’ (Credit Mohammad M. Rashed)

Arguably the most astonishing dietary anomaly was a disdain for tea – one of the hallmarks of Iranian cuisine and hospitality.

“When I was a kid no-one drank tea. If someone drank tea, they’d joke and say he was an addict,” recalled Ahmad Rahnama, referring the stereotype that opium addicts drink a lot of tea. The 61-year-old Makhunik resident runs a museum dedicated to Makhunik’s historic architecture and traditional lifestyle.

In the mid-20th Century, the construction of roads and the proliferation of vehicles allowed Makhunik residents access to ingredients found in other parts of Iran, such as rice and chicken.

“When the vehicles came, people could bring food from nearby towns so there was more to eat than just kashk-beneh and bread,” Rahnam said.

Although most of Makhunik’s 700 residents are now of average height, reminders of their ancestors’ shorter statures still persist. Of the roughly 200 stone and clay houses that make up the ancient village, 70 or 80 are exceptionally low, ranging between 1.5 to 2m – with the ceilings of some as low as 1.4m.

Stooping down, I followed Rahnama into one of Makhunik’s ‘Lilliputian’ homes, ducking through the wooden door that was located on the house’s southern side to let in more light and protect the home’s single room from strong northerly winds. I found myself in a small living quarters known as the ‘sitting room’ – aptly named as I was forced to sit due to the low ceiling. This roughly 10- to 14-sq-m space consisted of the kandik (place for storing grain and wheat), a karshak (a clay stove for cooking) and a sleeping space.

Constructing these tiny homes was no easy feat, Rahnama said, and residents’ short stature wasn’t the only reason to build smaller houses. Domestic animals large enough to pull wagons were scarce and proper roads were limited, meaning locals had to carry building supplies by hand for kilometres at a time. Smaller homes required fewer materials, and thus less effort. Additionally, although cramped, smaller houses were easier to heat and cool than larger ones, and blended in more easily with the landscape, making them harder for potential invaders to spot.

Life in the village still isn’t easy; the little agriculture that existed has declined in recent years due to drought, forcing younger residents to look elsewhere for work.

“Nowadays young people go to nearby cities for work and bring back money and food. The women do some weaving, but aside from that there is no work,” Rahnama said. Meanwhile, older residents have had to rely heavily on government subsidies.

Despite the difficult circumstances, Rahnama is hopeful that interest in the village’s unique architecture will lure visitors and that tourism will create more jobs and business. For now, though, “it is what it is,” he told me with a resigned smile.

“But,” he added, chuckling, “things are better now than they used to be before. Before people were short and stocky, and now they’re tall and lean.”