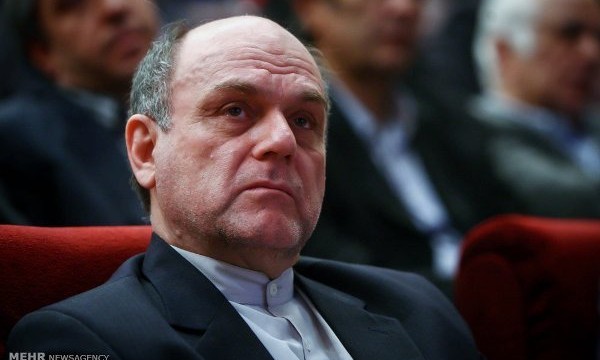 SHANA– Iran says the potential survivors of the ablaze Sanchi oil tanker could be trapped in the vessel’s engine room 14 meters below the water surface.

Briefing reports about the latest developments in rescue and search operations to find the missing crew of the stricken Iranian oil tanker, the spokesman of an emergency committee regarding the Iranian tanker collision with a Chinese balk freighter, Captain Mohsen Bahrami, said it is conjectured that the crew might have found refuge in the tanker’s engine room.

He also said the tanker was equipped with two life boats of which one is missing in the pictures taken from the incident which could have been used by the tanker crew.

“In such case, the survivors will have enough food to stay alive for two months,” he said.

Bahrami said an American company proposed to offer help in search and rescue operations but the company lacked enough equipment to offer any support to the operations in the area.

The spokesman further said that a group of Japanese firefighters have agreed to engage in firefighting operation given Japan’s proximity to the incident.

He denied rumors that signals from three members of the tanker crew have been received, saying had such signals are received China’s marine search center would have informed Iran.

Asked about the reason behind the collision, Bahrami said the tanker’s black box will reveal the truth. “Unless the black box is found we will not be able to say exactly how the collision happened.”

He said, however, that Sanchi tanker, build by South Korea’s Hyundai, is among the world’s most advanced tankers. The $70m tanker was only 10 years old.

He ruled out existence of an oil spill around the stricken tanker, saying gas condensate is very vaporous and does not create spills.

An Iranian oil tanker carrying gas condensate collided with a Chinese ship and exploded in the East China Sea on Saturday evening.

The Sanchi tanker, heading to South Korea and registered in Panama, collided with the CF Crystal some 160 nautical miles off the coast near Shanghai.

The Iranian tanker was carrying 136,000 tonnes of condensate, an ultra light crude, an equivalent of under a million barrels worth around $60 million based on current crude oil prices.

South Korean customers had purchased the cargo on a Persian Gulf FOB basis.

NITC formed an emergency committee with senior company officials immediately after the news of the collision was transmitted to Tehran.

The state-run company has dispatched two vessels sailing in the region to the spot of the explosion to offer help to rescue operations.