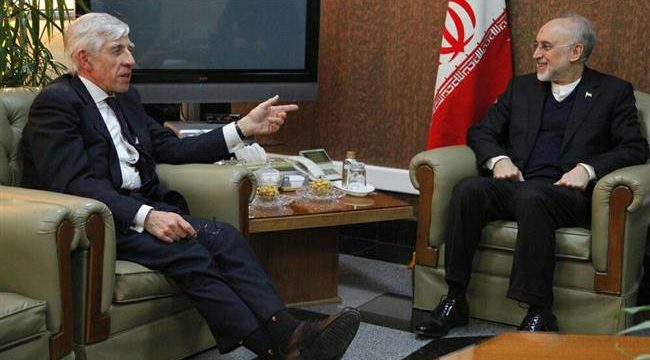 January 10, The Iran Project – Recently, several Iranian and foreign top officials have warned against the consequences of any probable breach of 2015 Iran nuclear deal by the United States and the disloyalty of the country as a party to the deal.

On Jan 9, Iran’s nuclear chief has advised European countries not to follow suit with US President Donald Trump’s position on multilateral 2015 nuclear accord, warning that disagreement with Iran will not be beneficial to European countries.

Head of the Atomic Energy Organization of Iran (AEOI) Ali Akbar Salehi made the remarks in a meeting with former British foreign secretary, Jack Straw, reminding Straw of the first round of nuclear talks between Iran and the European troika, including the UK, France, and Germany.

He said Trump’s mental instability has created many problems, adding that the Islamic Republic would take necessary steps in line with its interests if the US president decides to withdraw from the nuclear accord, known as the Joint Comprehensive Plan of Action (JCPOA), reached between Iran and the P5+1 group of countries.

Meanwhile, in a phone conversation with Director General of the International Atomic Energy Agency (IAEA) Yukiya Amano, Salehi said the Islamic Republic may reconsider its cooperation with the UN nuclear agency in case of a US non-compliance with the JCPOA.

“If the United States does not fulfill its commitments under the JCPOA, the Islamic Republic of Iran will take decisions that can affect its current cooperation with the International Atomic Energy Agency,” Salehi told Amano.

“I have been urging through certain channel to US administration that it’s important that the JCPOA on Iranian issues must be kept and implemented faithfully as had been agreed among the parties. It’s important that this should be carried on,” CNBC quoted Ban saying in response to a question regarding his view on keeping Iran nuclear deal.

Moreover, Head of Iran’s Strategic Council on Foreign Relations Kamal Kharrazi also has announced that the Islamic Republic of Iran will remain committed to the deal by the time it bears fruit.

If the US ignores to extend suspension of the economic sanctions, it will be tantamount to their walking out from the treaty, he said.

The spokesman of the Iranian Foreign Ministry Bahram Qasemi also said if the US statesmen make a mistake about the nuclear agreement, Iran’s reaction will make them regret it.

‘The announcement of US decision is due July 13, we don’t prejudge and will wait until then,’ said Qasemi.