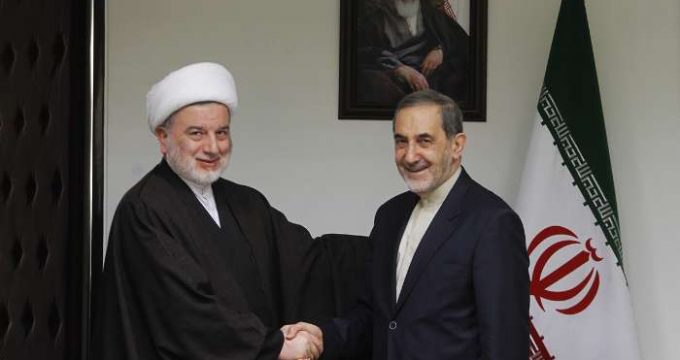 FNA- Iranian Supreme Leader’s top aide for international affairs Ali Akbar Velayati played down the US attempts to separate the Kurdish areas from Syria, stressing that the resistance front will prevent Syria’s disintegration.

“The Americans have set up bases in the Eastern parts of the Euphrates and want to pave the ground for the separation of Syria’s Kurdish areas from the country but it is a wish that will not come true,” Velayati said in a joint press conference with Leader of the Supreme Islamic Iraqi Council Humam Hamoudi in Tehran on Tuesday.

He said that the experience of war against Syria in the past 7 years has shown that the US will not succeed in implementing its plots, adding, “Syria will remain united and integrated and the resistance front will support Syria’s territorial integrity.”

An unnamed senior Western official was quoted by Asharq Al-Awsat newspaper as saying that the 28,000 square km territory, controlled by the Syrian Democratic Forces (SDF), a collection of predominantly Kurdish militias including the YPG People’s Protection Units, took its first step toward US recognition after US Defense Secretary Jim Mattis promised to send US diplomats to SDF-controlled areas to work alongside US troops operating in the region.

According to the official, the US initiatives in the region include empowering local councils, backing reconstruction efforts, assisting in training of government agency workers, improving public services and infrastructure, protecting SDF areas and engaging in the upkeep of military bases, all of which will eventually lead to diplomatic recognition.

Last week, it was reported that a new ‘North Syrian Army’ which included SDF formations and backed by the US-led coalition, was being created to carry out ‘border security duties’ in territories under their control.

Local media said that the militias would guard areas along the region’s Northern border with Turkey.

The US and its coalition allies are expected to provide the new force with technical assistance, weapons and training.