A Look at Iranian Newspaper Front Pages on January 9

Iran Front Page- IFP has taken a look at the front pages of Iranian newspapers on Tuesday, January 9, and picked headlines from 17 of them. IFP has simply translated the headlines and does not vouch for their accuracy.

The top story in many newspapers today was the Second Tehran Security Conference, which was held in the Iranian capital on Monday. Several papers particularly covered the remarks made by Iranian Foreign Minister Mohammad Javad Zarif during his address to the conference.

Iran’s warning to the world over the possible US withdrawal from the Joint Comprehensive Plan of Action (JCPOA) also received great coverage.

Also a top story was the ship collision in China in which an Iranian oil tanker caught fire and 30 Iranian sailors went missing. Rescue efforts are still underway.

1- Rouhani: People’s Demands Should Be Addressed; They Must Have Control over Everything 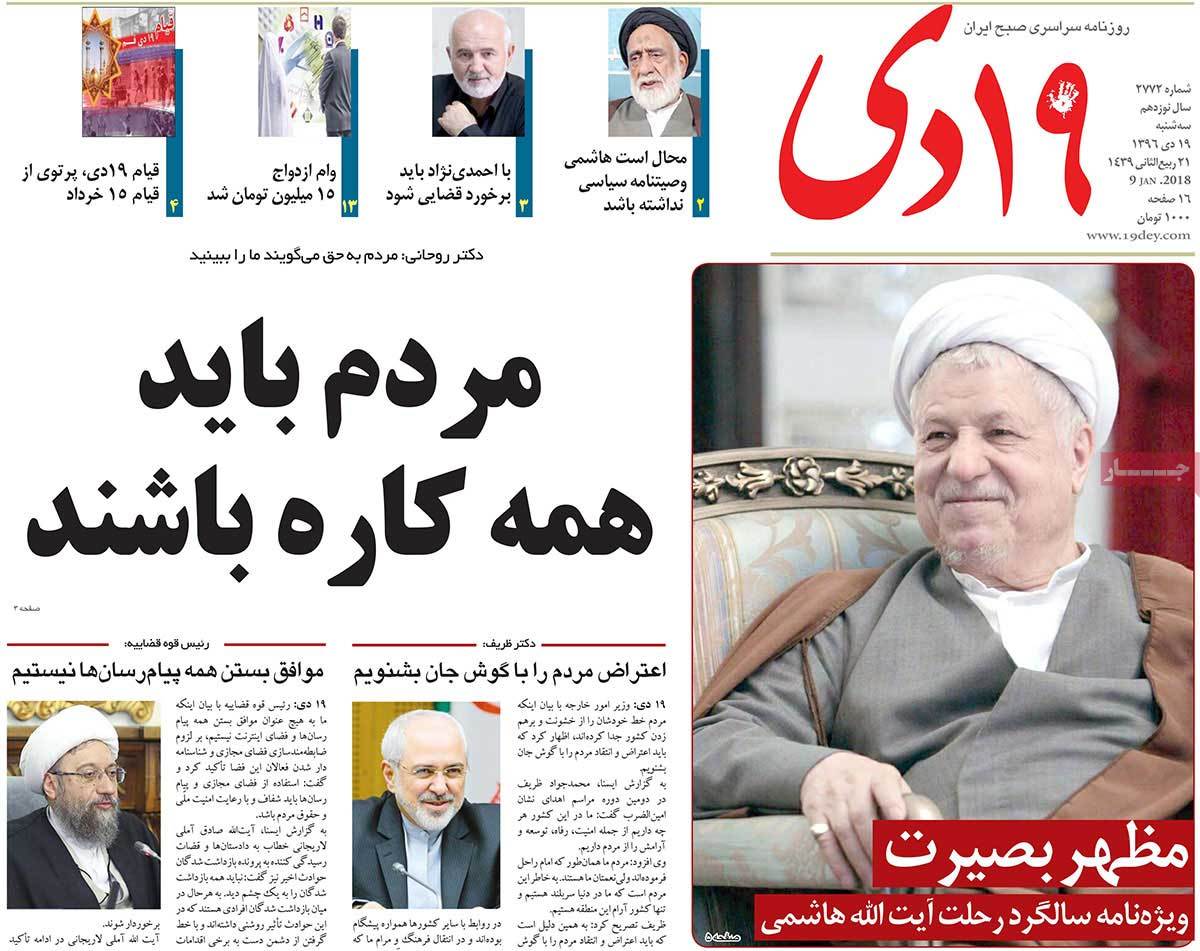 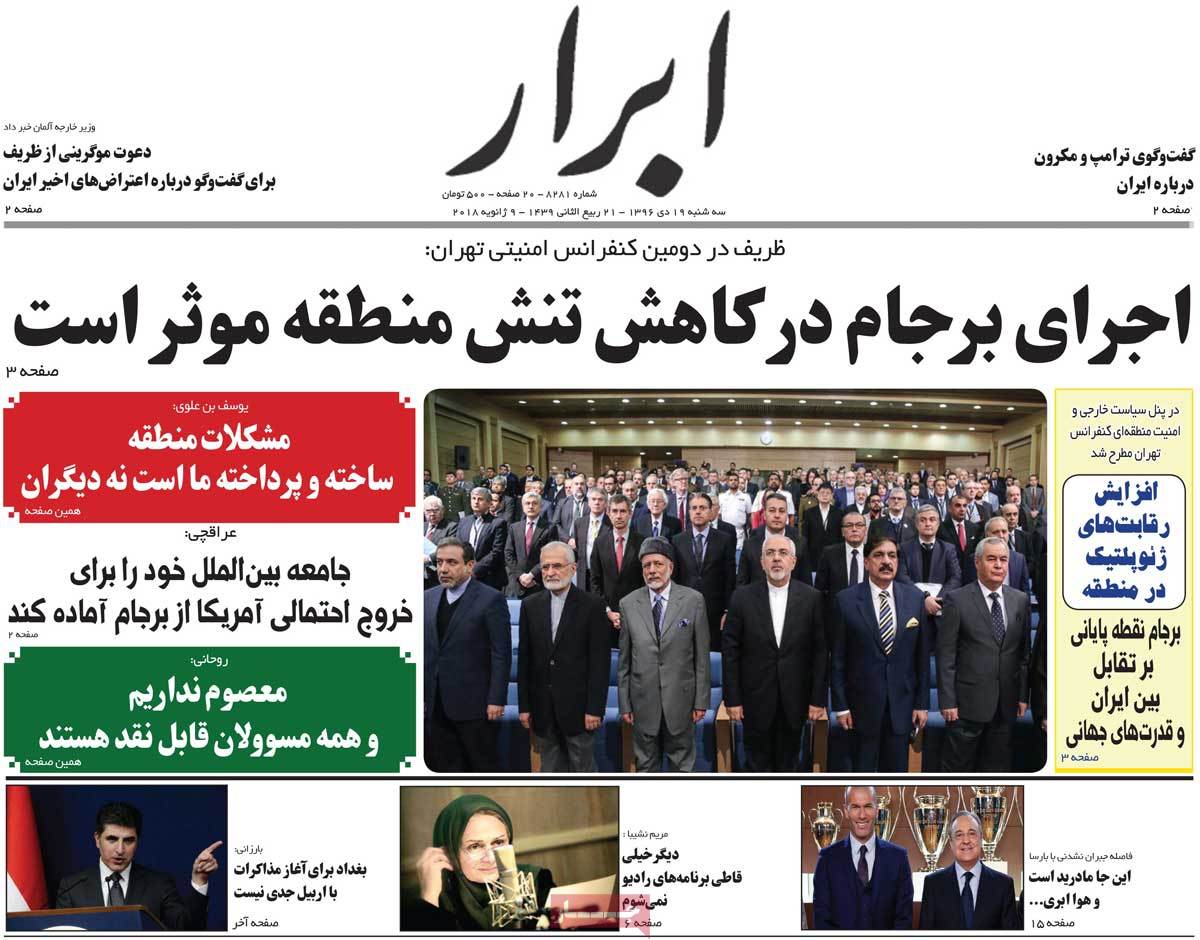 1- Araqchi: World Should Prepare Itself for US Withdrawal from JCPOA

2- Chinese Rescue Workers Said to Have Left Collision Site after Saving Their Compatriots! 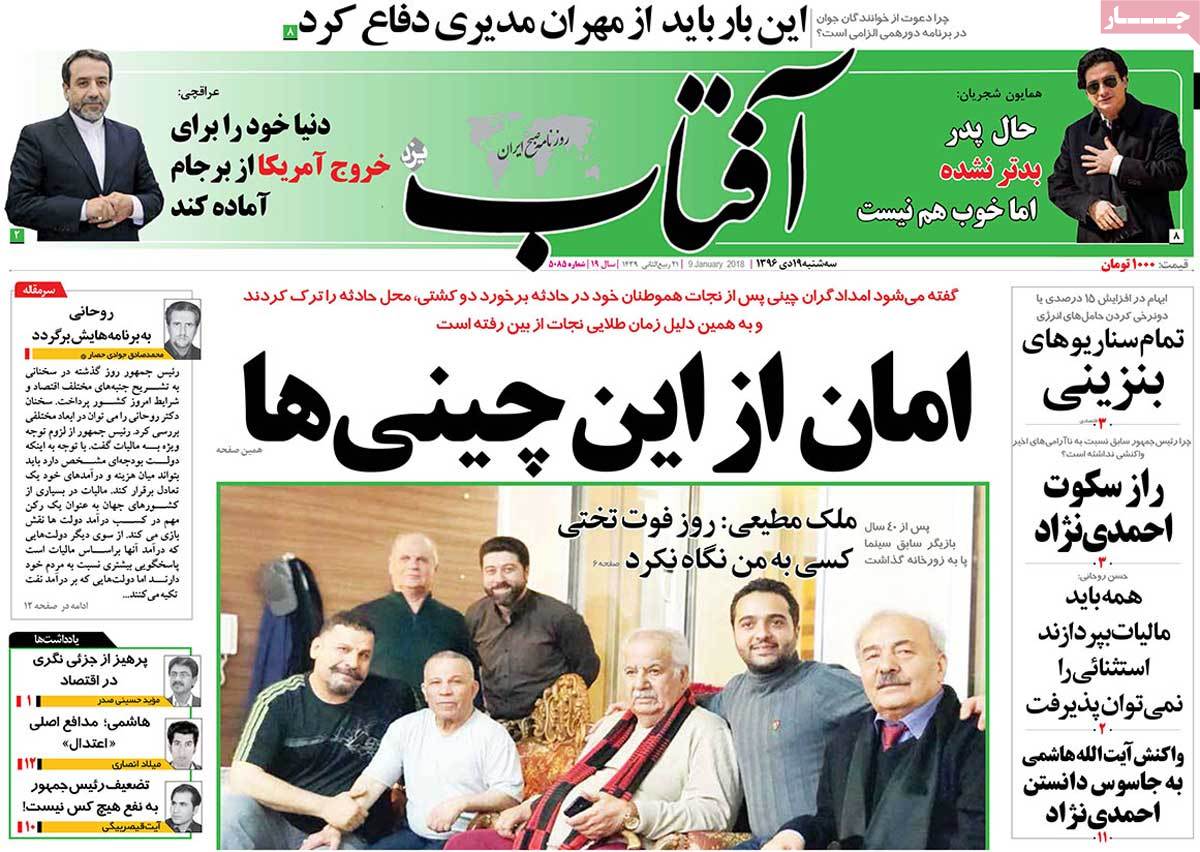 1- Iran Warns Amano about US Violation of JCPOA 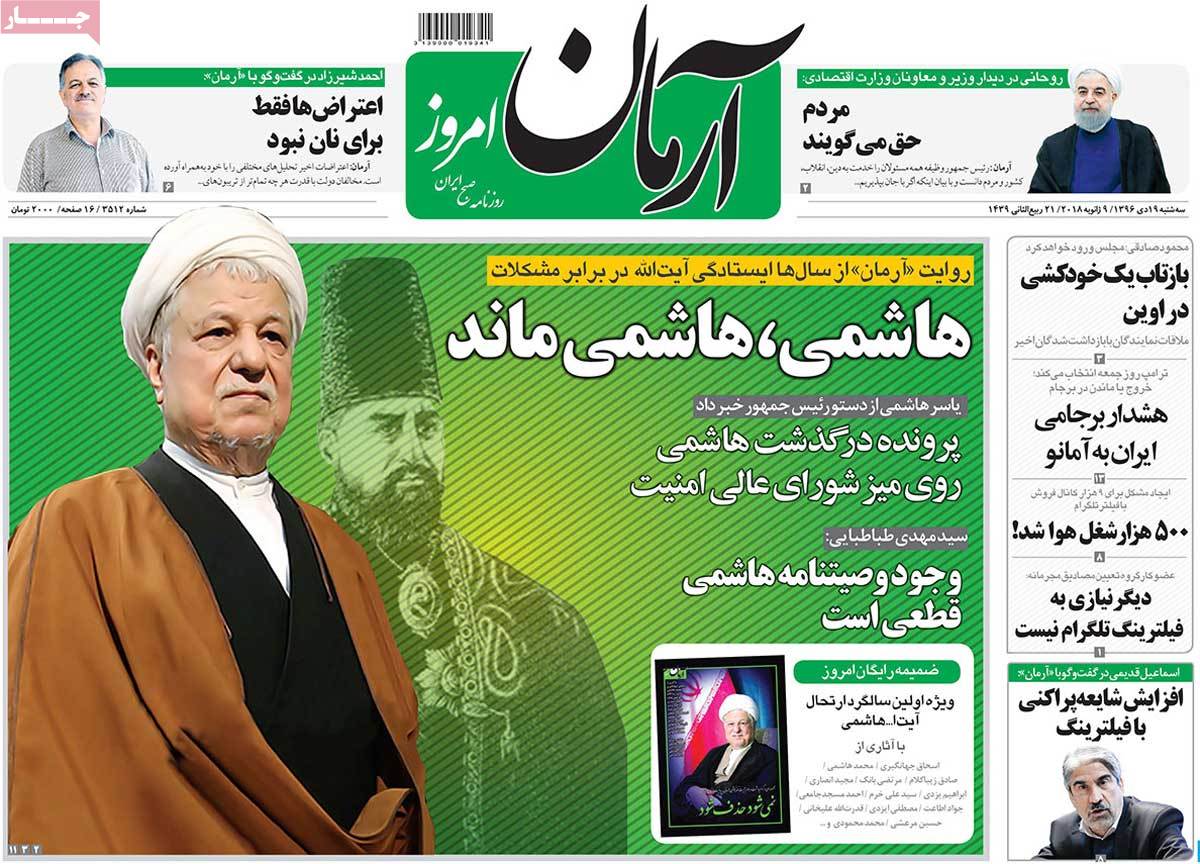 1- One Year without Ayatollah: First Anniversary of Rafsanjani’s Death 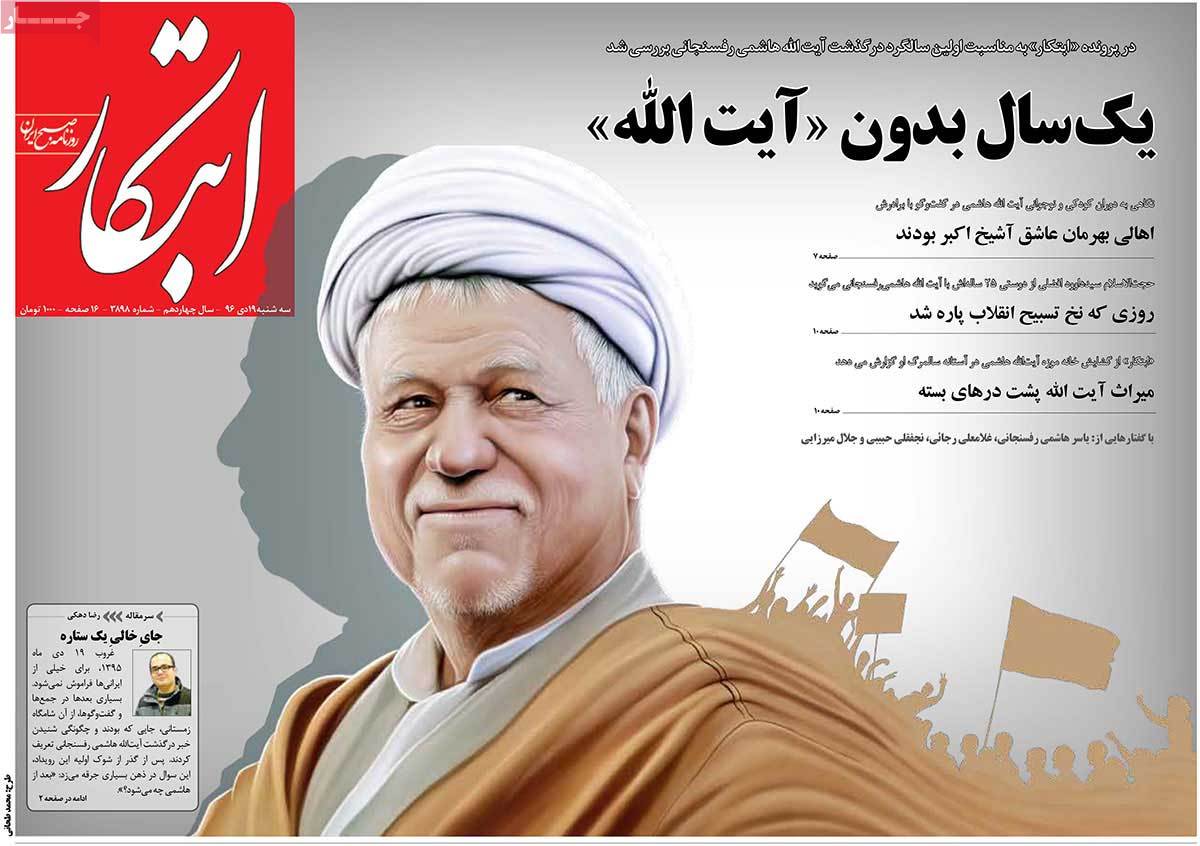 1- One Year after Ayatollah Hashemi Rafsanjani’s Demise: He Was Our Voice 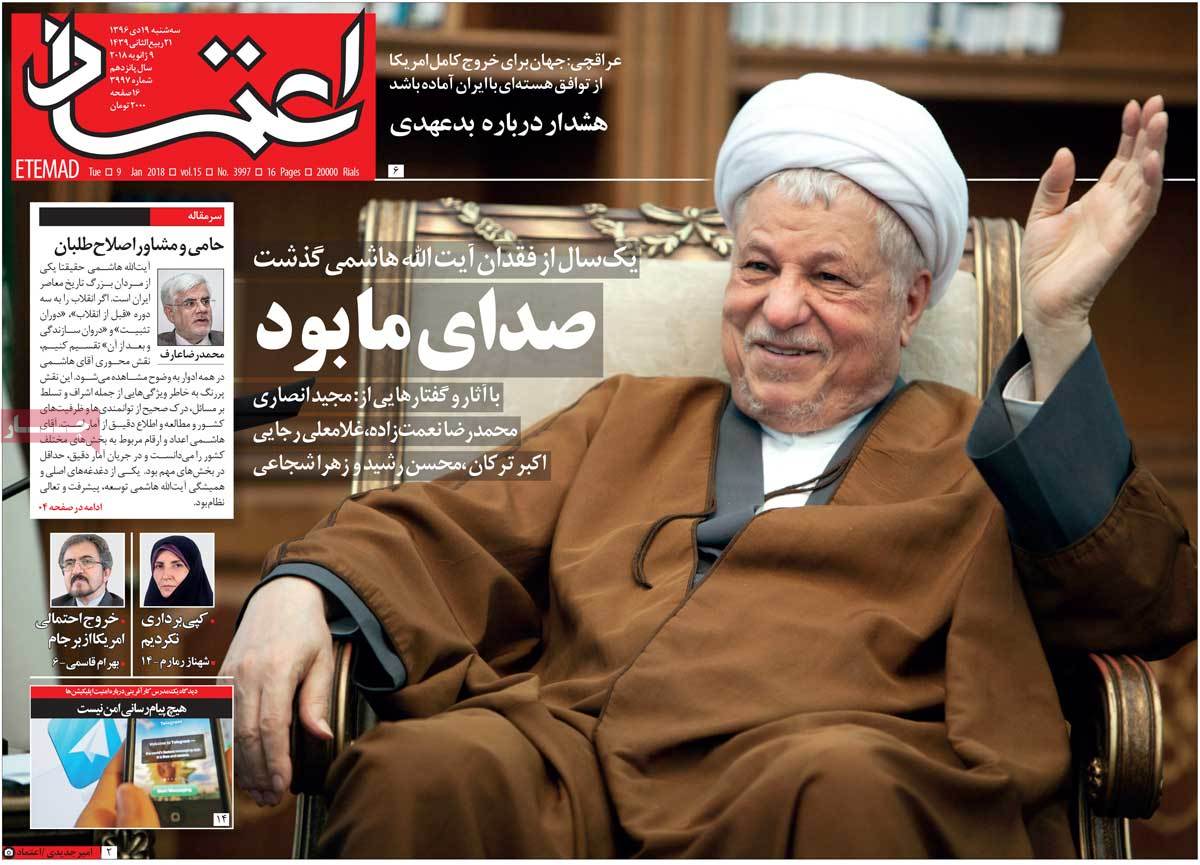 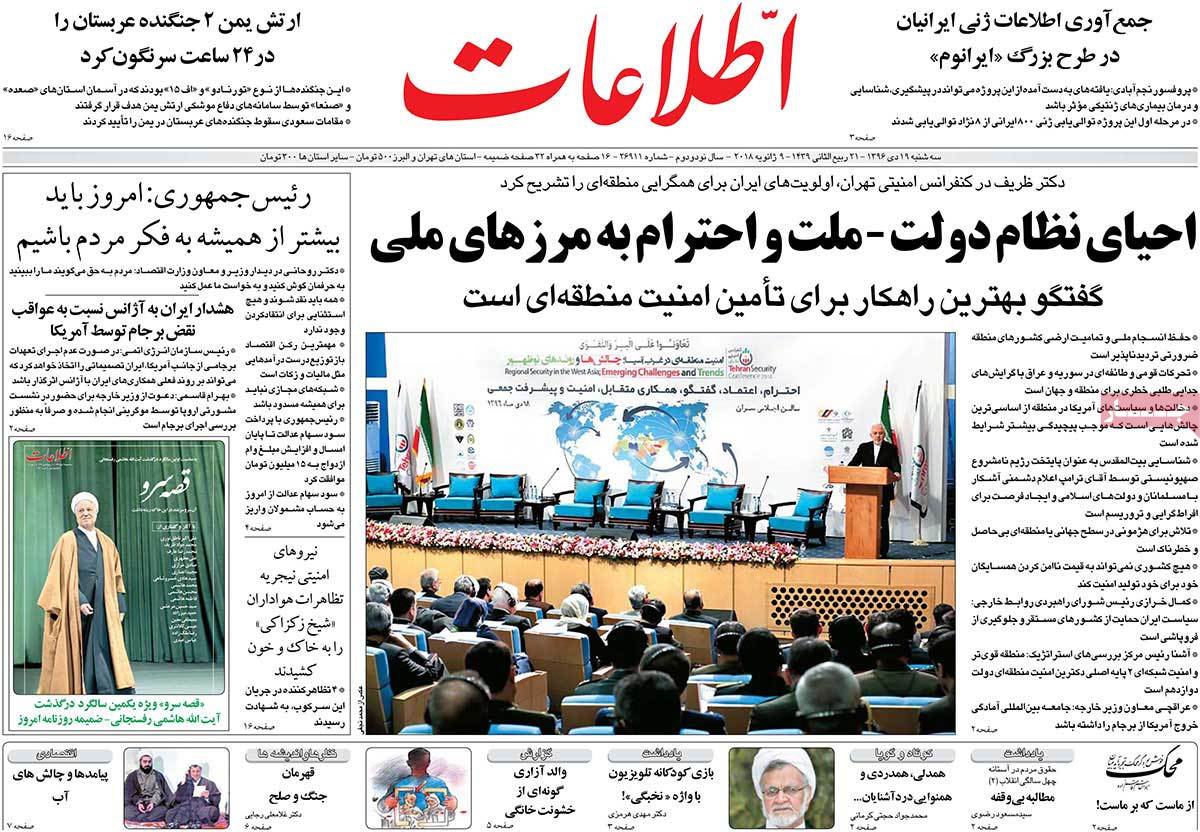 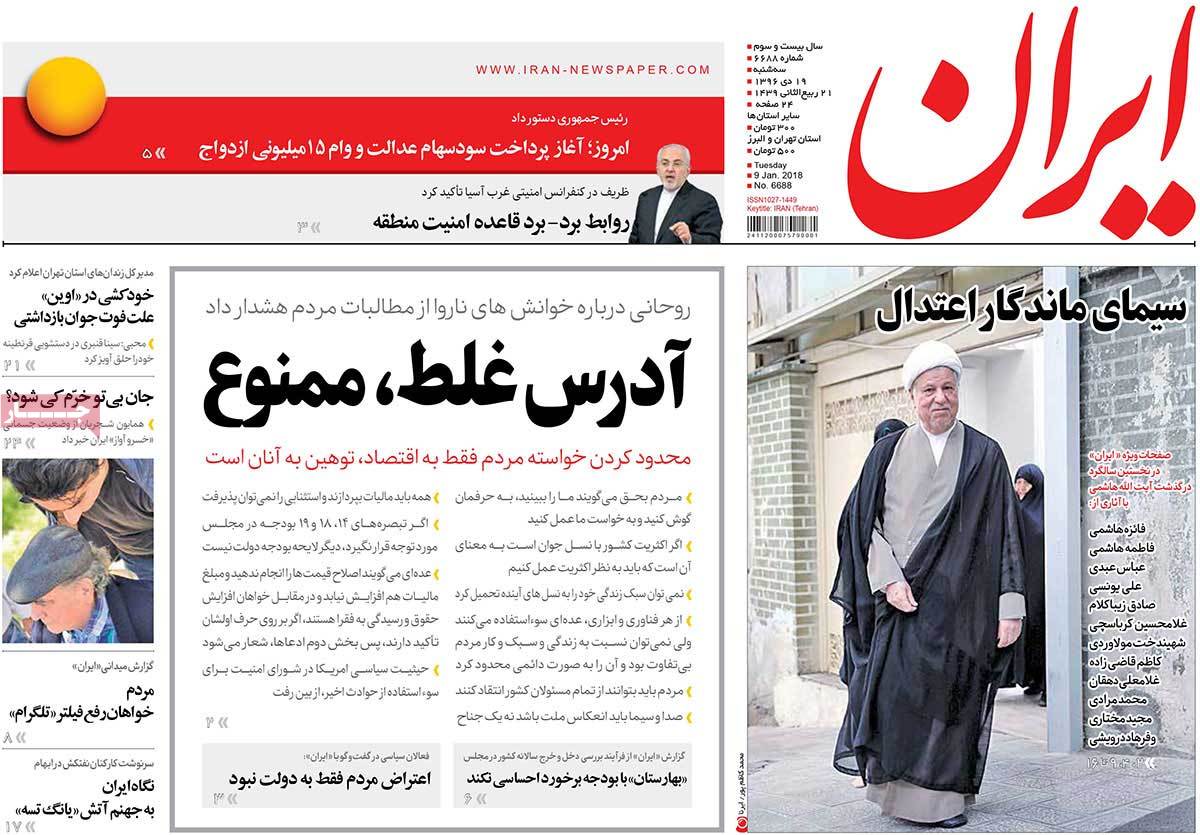 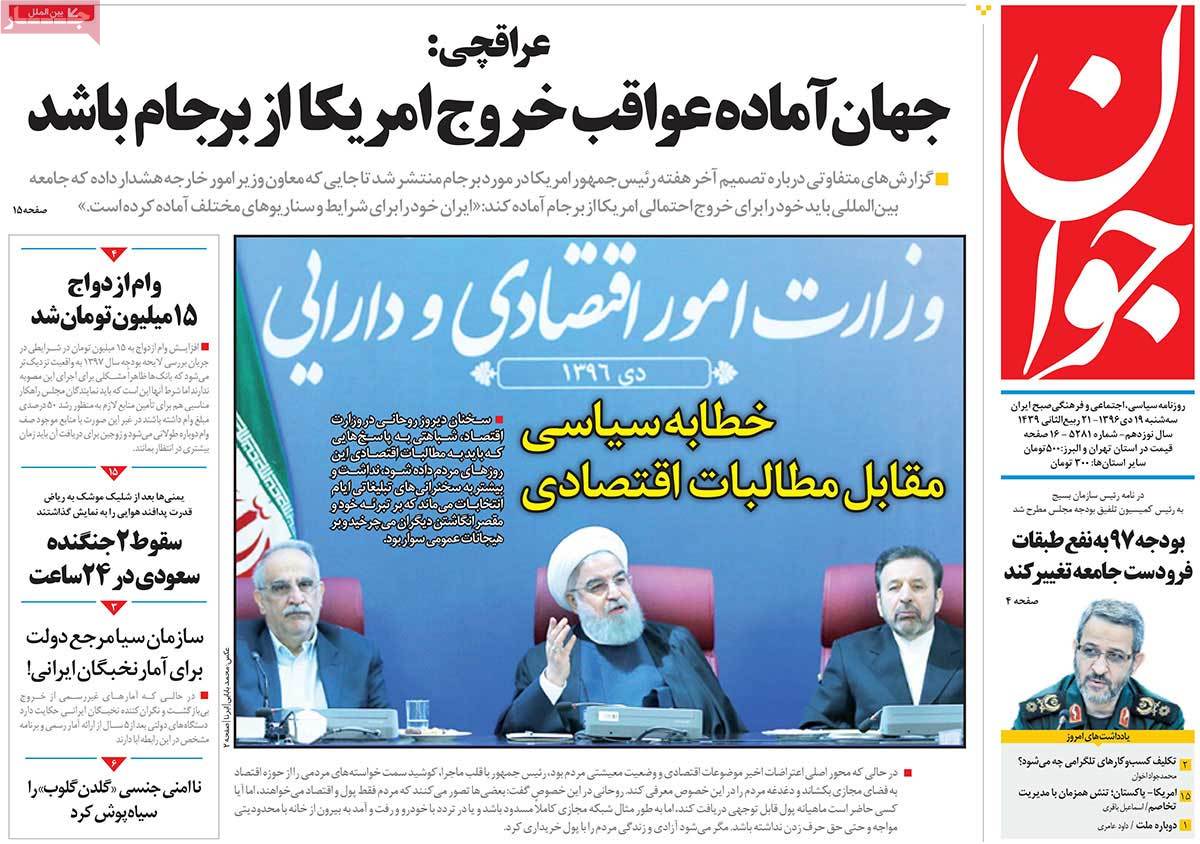 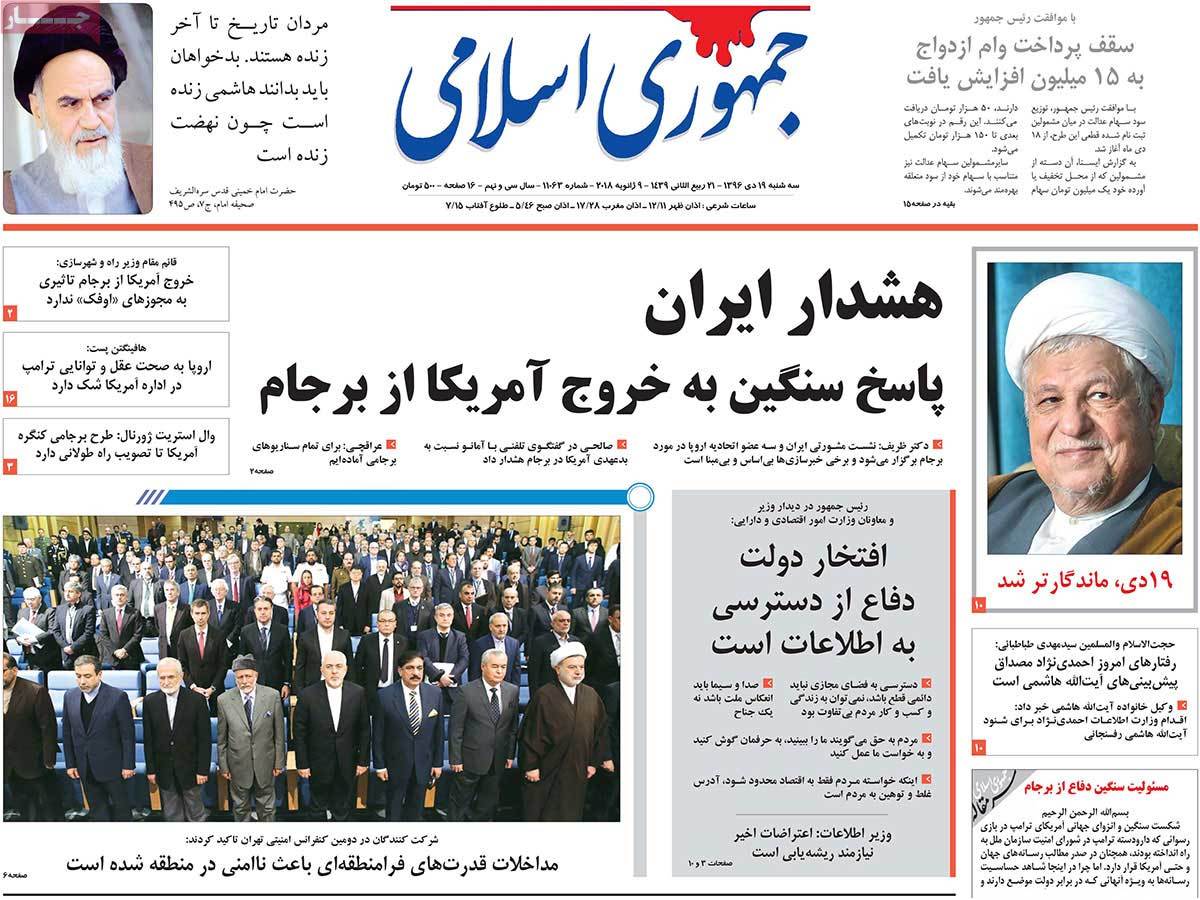 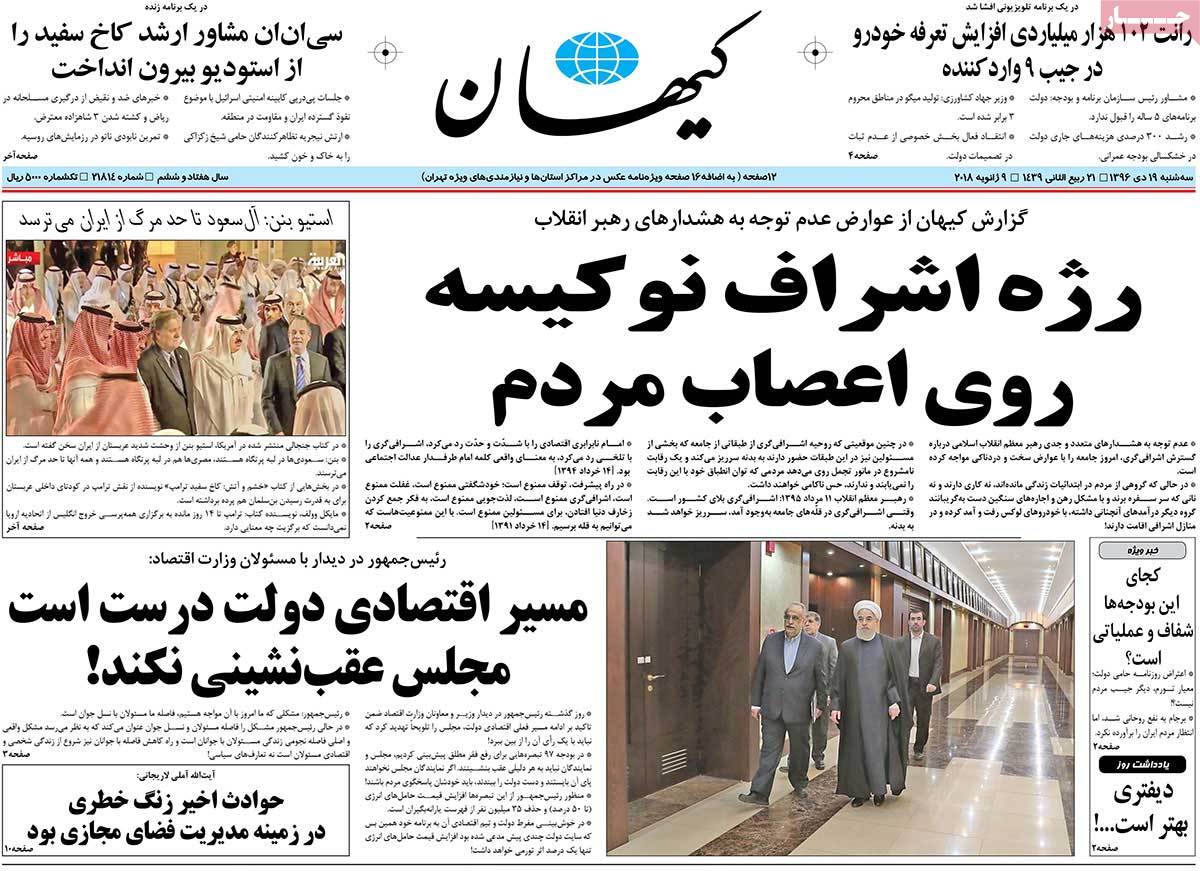 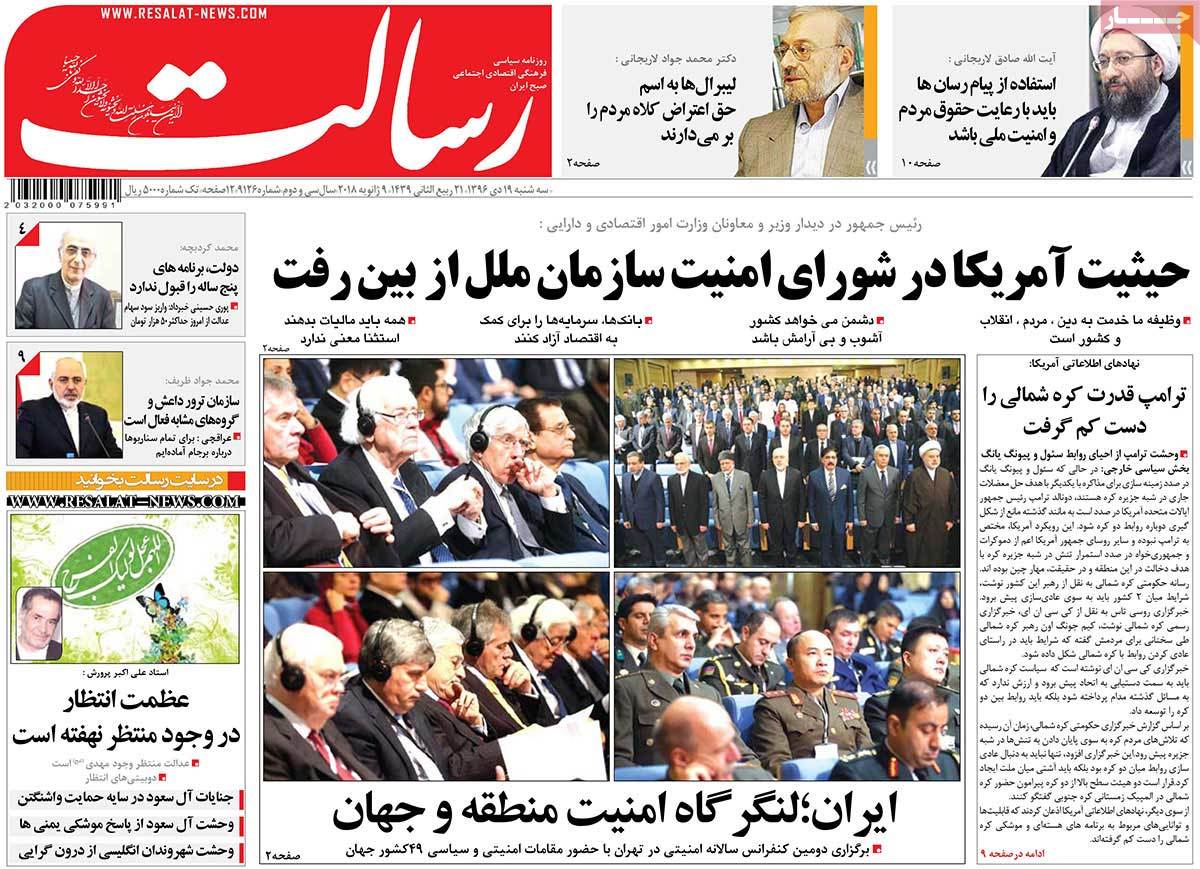 1- Agriculture Minister: We Have Shortage of Water, but We’re Not Out of It

2- Salehi: US’ Failure to Fulfil JCPOA Commitments to Influence Iran’s Cooperation with IAEA 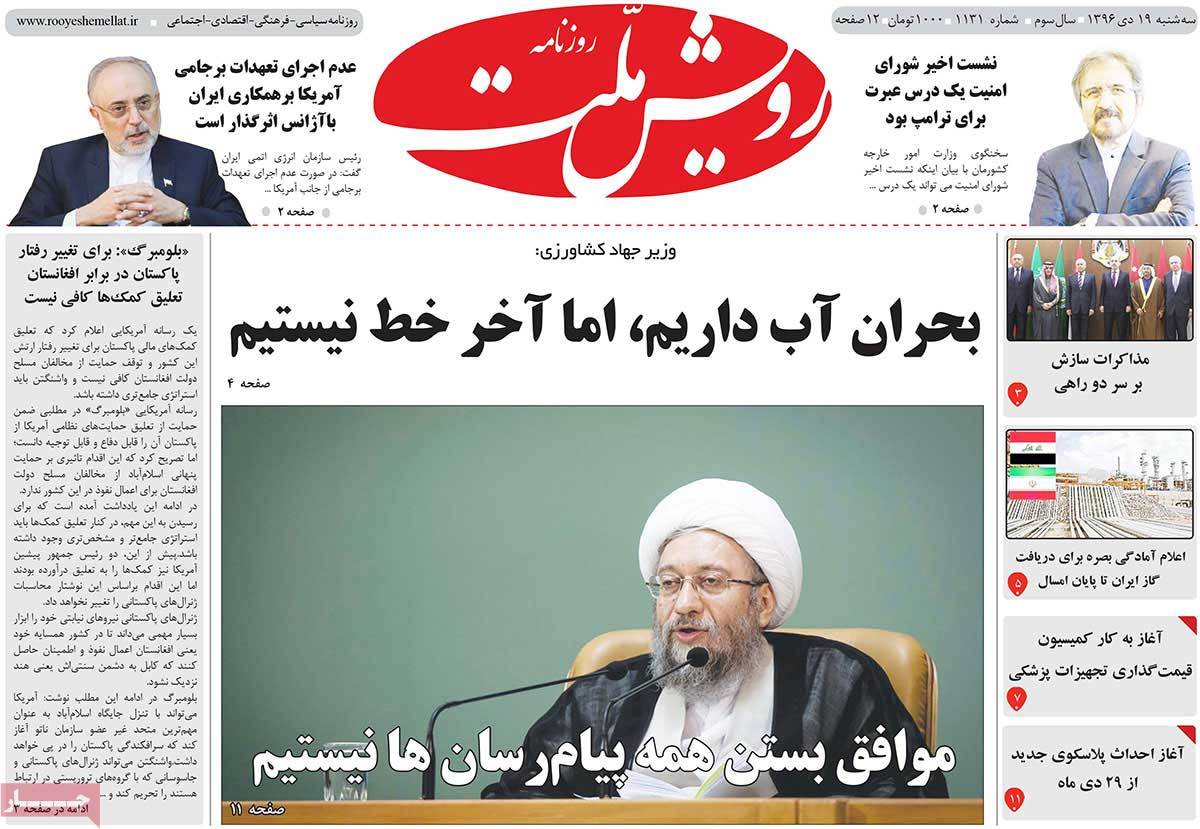 1- Jamaran in Absence of Ayatollah Rafsanjani 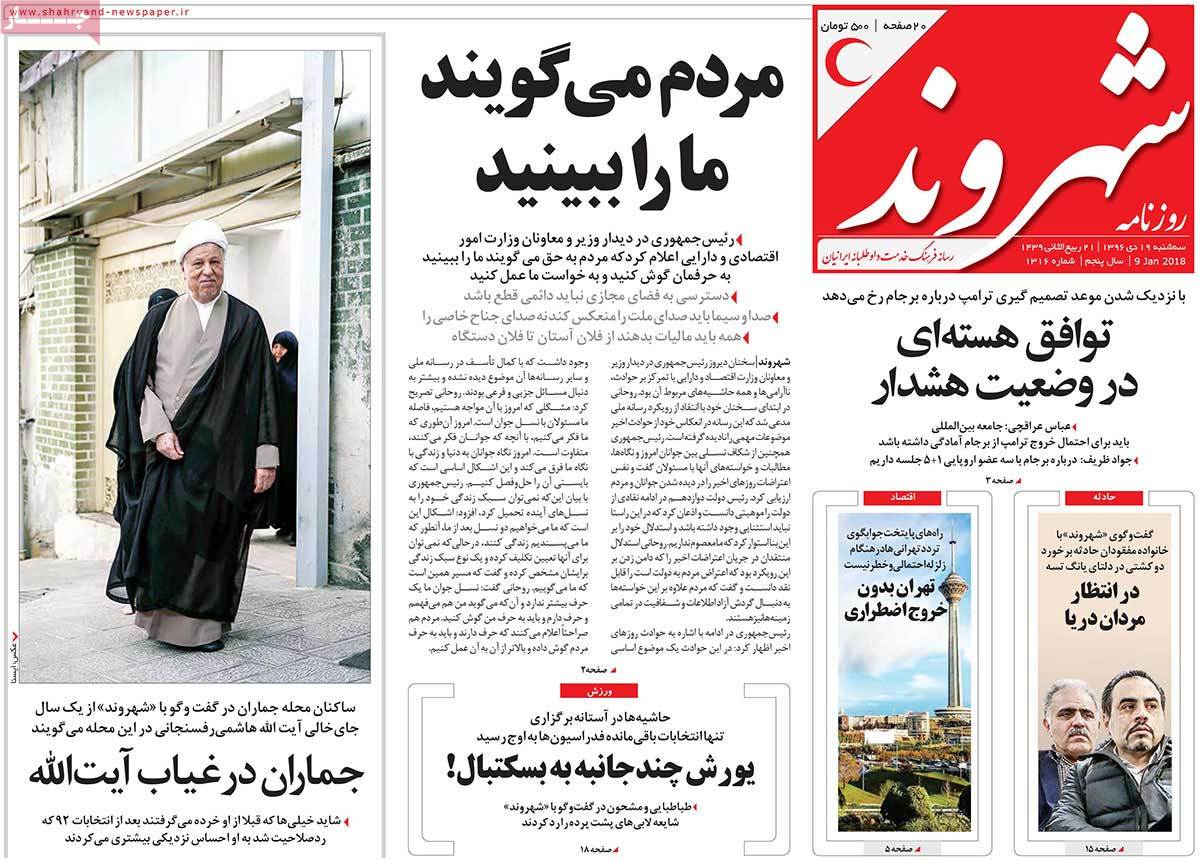 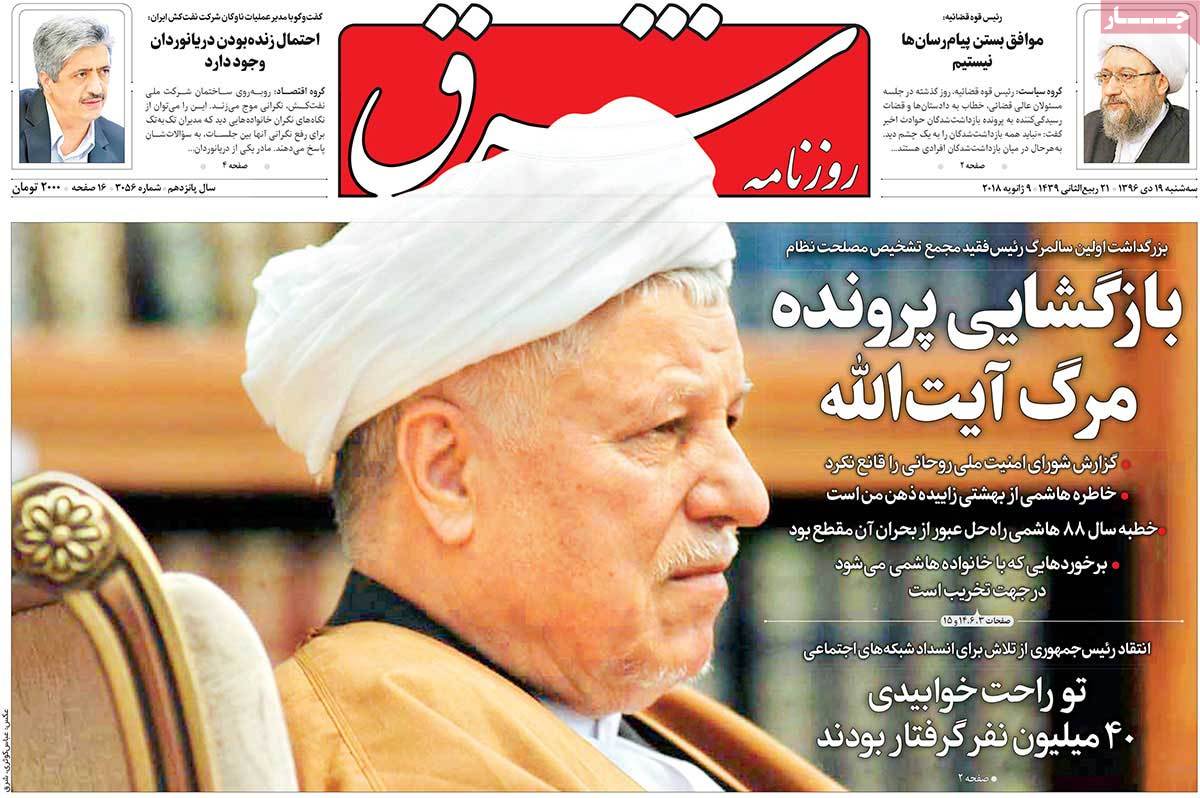 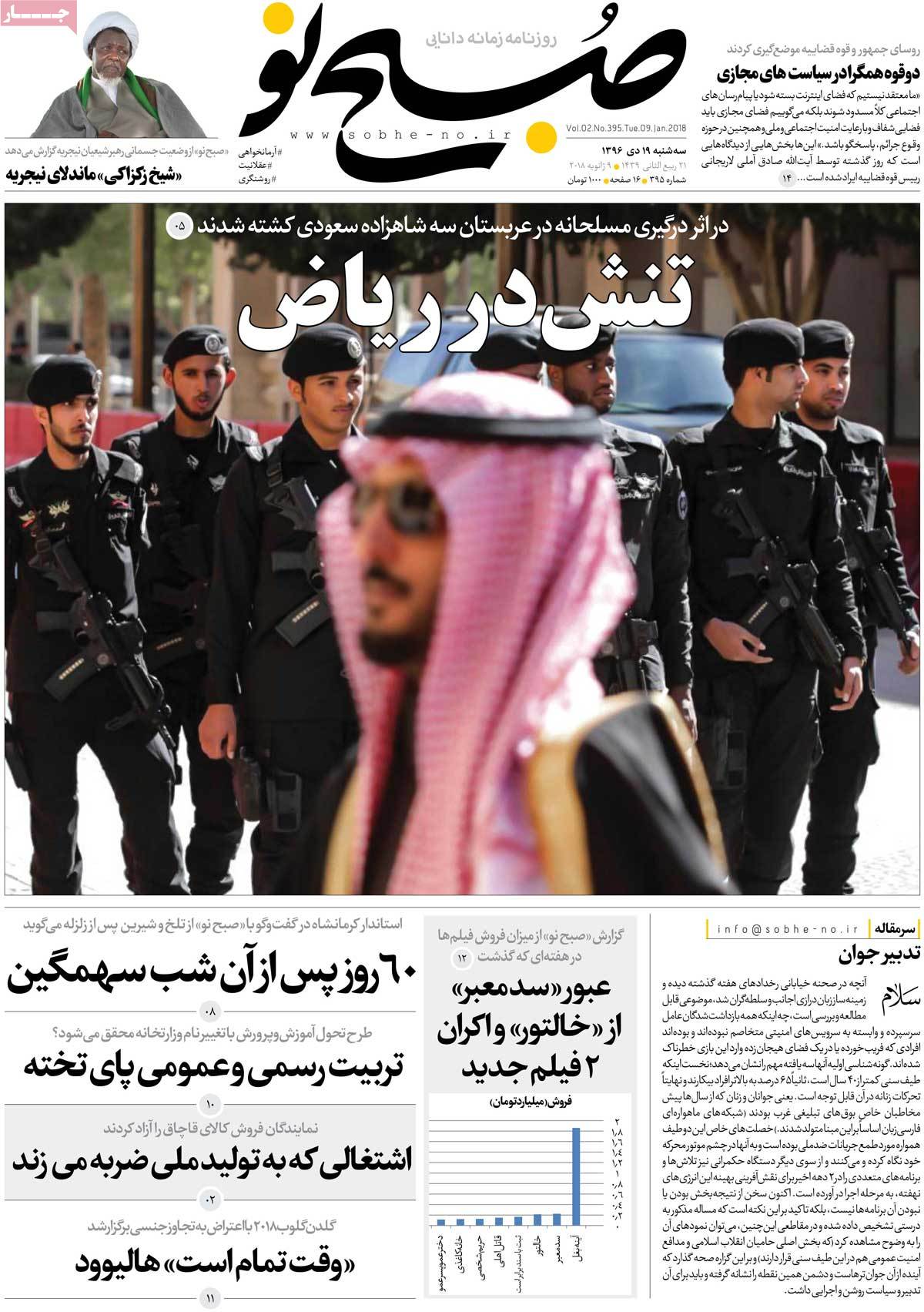 1- Nonsense Remarks of Jack Straw in Tehran: Diplomats in Iran Don’t Have Security! 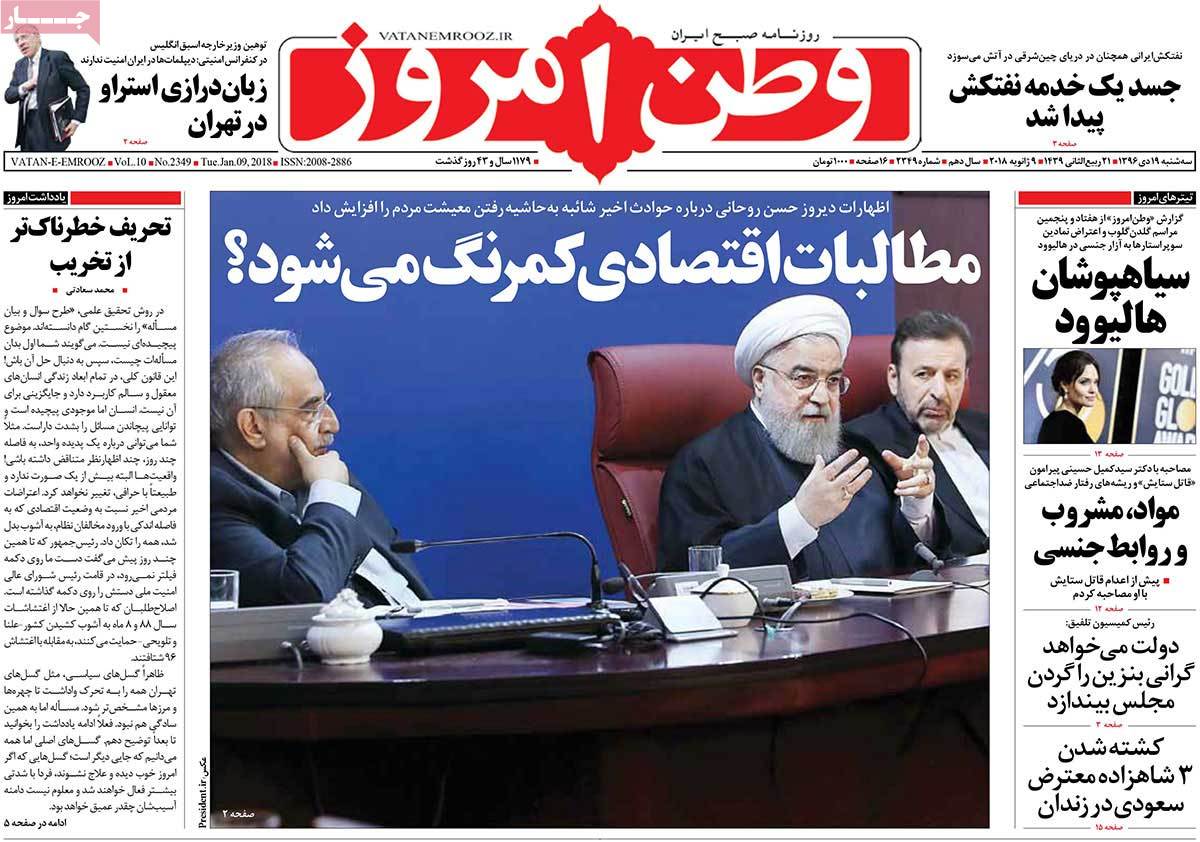