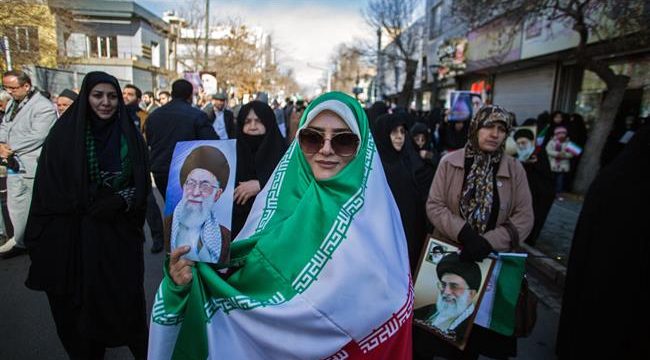 January 8, The Iran Project – In late December, peaceful protests over economic problems broke out in a number of Iranian cities, but the gatherings turned violent when groups of participants, some of them armed, vandalized public property and launched attacks on police stations and government buildings.

Following the unrest, people of Iran held several demonstrations across the country to condemn the violent riots and acts of vandalism, and voice support for the Islamic Republic’s Establishment.

On December 7, the Islamic Revolution Guards Corps (IRGC) expressed gratitude to the Iranian people as well as the country’s security forces for foiling the enemies’ attempts to incite sedition in the Islamic Republic.

In a statement, the IRGC praised the people, the Law Enforcement Force, the Basij (mobilization) Force and the intelligence forces of the country for preventing a new sedition and foiling the plots hatched against the Islamic Republic by “the US, Britain, the Zionist regime (of Israel), Al Saud, MKO terrorists and monarchists”.

The IRGC further described recent demonstrations held to condemn riots in the country as “a great epic” and said it proved that the grandeur of the Iranian nation is eternal.

In a meantime, Alawi announced that the anti-revolutionary and terrorist groups are going to get a crushing response from the Islamic Republic.

He also assured the nation that the Intelligence Ministry forces would never allow the enemies to upset security in the country and will keep foiling their plots.

Also on January 5, Iran’s security forces disbanded a local of the Mujahedin-e Khalq Organization (MKO) terrorist group which had carried out acts of sabotage during recent protests.

According to Lorestan Province’s intelligence office, the MKO-affiliated terrorists were identified and arrested in the city of Borujerd on Friday.

It added that four members of the terrorist cell have been arrested through intelligence operations and one of them has been injured in clashes.

The terrorists have been involved in many acts of sabotage in Lorestan, particularly in Borujerd, over recent days.

Iran’s Intelligence Ministry said in a statement on Thursday (Jan.4)  that Iranian security forces have dismantled a terrorist group and arrested its members in the country’s northwestern province of West Azarbaijan.

According to the statement, the terrorist group “which had infiltrated into Iran with the aim of fueling the recent unrest” were put under surveillance in the city of Piranshahr.

In a statement on Monday (Jan. 1), Iran’s Intelligence Ministry said it has identified and arrested some of the agents behind riots, which followed the recent protests against economic conditions.

It is worth mentioning that Spokesman for Iran’s Police Brigadier General Saeed Montazer-al-Mahdi said all of those arrested for rioting and destroying public property during recent unrest in the country have been handed over to judicial authorities.