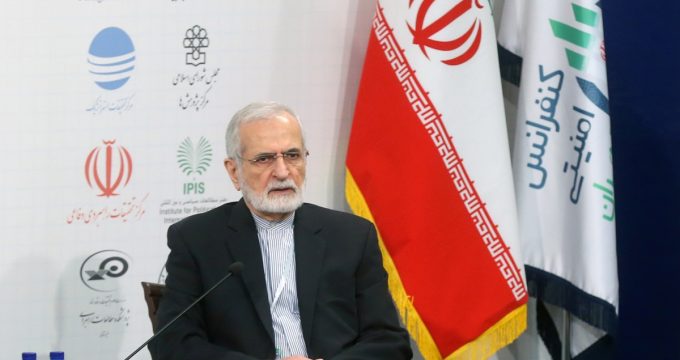 IRNA – A senior Iranian official said on Monday that Iran always supports the sovereign states and is against the disintegrartion of regional countries.

“We are ready to hold talks with regional countries to decrease tensions and to maintain stability and security,” Head of Iran’s Strategic Council on Foreign Relations Kamal Kharazi said in an address to the Second Tehran Security Conference.

“West Asia has faced many developments including aggressions against neighboring countries over the past four decades,” he said.

“Among these aggressions are imposed wars by Iraq on Iran, the Soviet Union on Afghanistan, Iraq on Kuwait, US on Iraq, Western countries on Libya in North Africa and the developments during Arab Spring,” he noted.

“The illegal interference of regional and trans-regional countries in the internal affairs of Syria, Iraq, Bahrain and Yemen have created chaos in the region,” Kharrazi said.

He referred to demonstrations as people’s right, saying misusing these protests by certain powers like sending weapons and supporting terrorists in Syria pave the way for tarnishing the image of Islam and also manslaughter and damage.

Kharrazi also called for finding a solution to exit from these issues.