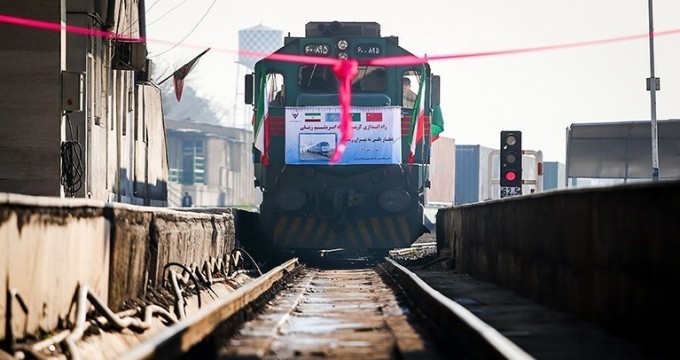 3rd freight train from China to arrive in Tehran within days

MNA – An official from Iran’s railways organization said on Saturday that the third freight train has left China for Iran and will arrive in Tehran later this week.

Seyed Mostafa Davoodi from Iran Railway Company said that Iran has already been negotiating with neighboring and regional countries to develop international transit corridors, and said the third freight train from Xi’an province in western China will arrive in Iran later this week, adding that it is carrying 41 wagons.

He added that multilateral agreements have been concluded with China, Kazakhstan and Turkmenistan on the origin and destination of the travel, as well as the tariff rate.

China is trying to revive the old Silk Road and Iran’s government has welcomed the project with the aim of turning the country in an Eurasian trade hub. The first freight train to travel the old silk road arrived in Iran in February 2016.