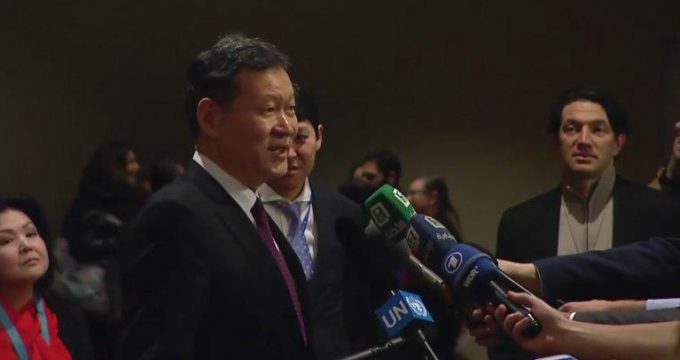 IRNA – All 15 members of the United Nations Security Council (UNSC) stressed on the importance of peace and stability in Iran and also relieving tensions in the Middle East, Kazakh envoy said.

“Kazakhstan is after stable and peaceful Iran,” he said expressing the hope for finding peaceful solution to Iran issue.

The Kazakh representative who chaired the meeting openly earlier said that the protest in Iran is not an issue of regional or international security and it is not in the UNSC responsibilities to deal with it.

After some Iranians took to the streets to protest against unemployment and high prices, and, with the provocation of certain foreign and anti-Islamic Revolution media, some elements penetrated the lines of protestors to drive the peaceful protests towards violence, and US President Donald Trump overtly supported the rioters assuming that the former US administration had made a mistake about Iran riots in 2009.

Following that, United States Ambassador to the United Nations Nikki Haley, whose animosity is as clear as daylight and tries to push Iran on top of the UNSC agenda through different subjects so that the Zionist regime can get rid of the international pressures and breathe a sigh of relief, was assigned to make scene against Iran in front of the press.

The UNSC members, feeling what she was going to do, did not let her to misuse this opportunity for political ends, such as harming Iran Nuclear Deal, officially known as the Joint Comprehensive Plan of Action (JCPOA) and warned against it.