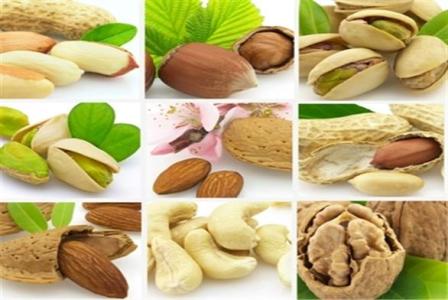 Press TV- Iran exported $950 million worth of dried fruit over the course of eight months since March 2017, the head of the Trade Promotion Organization of Iran says.

Pistachio nuts were the most important export item which brings the country $1 billion-$1.2 billion in hard currency revenues a year, Mojtaba Khosrotaj said on Saturday.

Exports of the split-shelled nibble, however, dropped 22% in the first six months of the current Persian year, failing to match the figures during the same period a year ago when most of the produce was exported.

“Given that exports of other dried fruit items have grown, it is anticipated that the deficit will be offset by the end of the year,” Tasnim news agency quoted Khosrotaj as saying.

Head of the Iran-China Chamber of Commerce Asadollah Asgaroladi said 250,000 tonnes of pistachio nuts are produced a year, of which 150,000-160,000 tonnes are exported.

Iran is the world’s biggest pistachio exporter, a position it has maintained thanks to the premium quality of its crop in the face of stiff rivalry from the US.

Pistachio cultivation has a long tradition in Iran where for centuries, farmers relied on a web of underground canals known as “qanats” that carried water from under mountains to the arid plains.

A rampant use of electric pumps and chaotic extraction of water from deep wells has left water tables severely depleted and saline as qanats –  one of the world’s most sophisticated irrigation systems – have been phased out.

Asgaroladi put dried fruit exports at 2 million tonnes a year, citing dates another important export crop. He said Iran produces 2 million tonnes of the crop a year, of which 200,000 tonnes is exported.

Because of its unique ecology and rich soil, Iran is one of the largest fruit producers in the Middle East and North Africa, where the diversity of climatic zones makes it possible to cultivate an assorted group of crops.

The Iranian plateau is believed to be the homeland to a number of fruits, vegetables and ornamental plants such as Persian walnuts, pomegranates, peaches, spinach and tulips.

According to Iranian officials, as many as 240 million people across the region savor Iran’s horticultural products, primarily pomegranates, pistachios, saffron, figs, raisins and dates.

The country is the world’s seventh largest producer of citrus fruits, including a variety of oranges, tangerines, limes and lemons.

Agriculture accounts for 13% of Iran’s GDP and over 20% of its employment. The sector has traditionally been the key source of food and livelihood security over millennia despite losing much of its significance since the country struck oil.