A Look at Iranian Newspaper Front Pages on January 3

Iran Front Page- IFP has taken a look at the front pages of Iranian newspapers on Wednesday, January 3, and picked headlines from 12 of them. IFP has simply translated the headlines and does not vouch for their accuracy.

Almost all headlines on Wednesday were also dedicated to the most recent developments in Iran, including the protest rallies and ensuing riots across the country.

Several Iranian cities have been the scene of anti-government street protests in recent days. The early protests demanded a better economic situation and better living conditions, but sporadic violence has erupted during the protests, causing at least 21 fatalities and tens of injuries. Officials believe the riots are being fuelled by foreign countries including Saudi Arabia, the US, and Israel.

What follows are the Iranian papers’ coverage of the recent unrest on Tuesday:

1- Leader: Enemies Have Allied against Iran in Recent Events

4- Shamkhani to Al Mayadeen: Recent Protests to End within Days 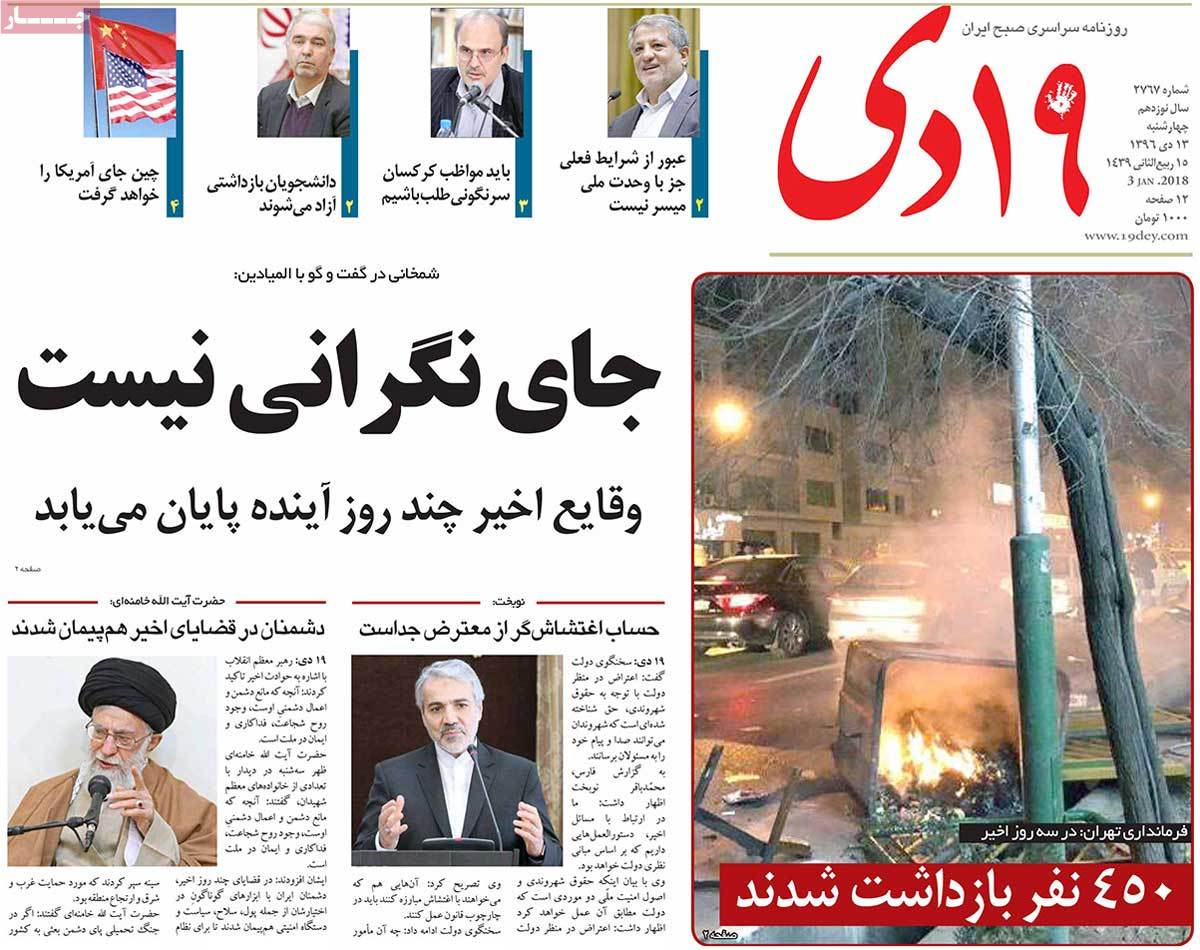 1- Iran Leader: I Have Words to Say about Recent Developments; I’ll Talk in Due Time

4- Erbil Agrees with Baghdad’s Conditions for Beginning of Talks 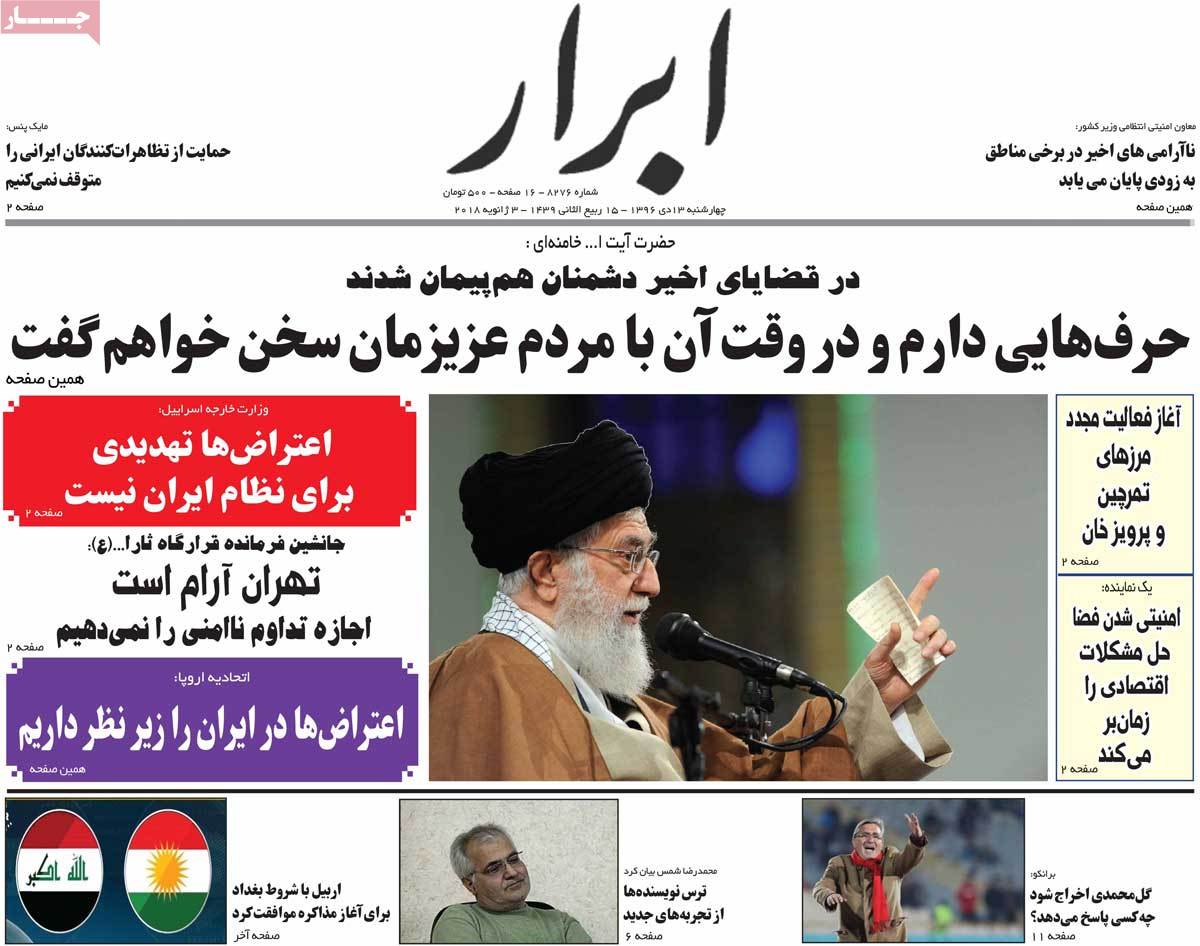 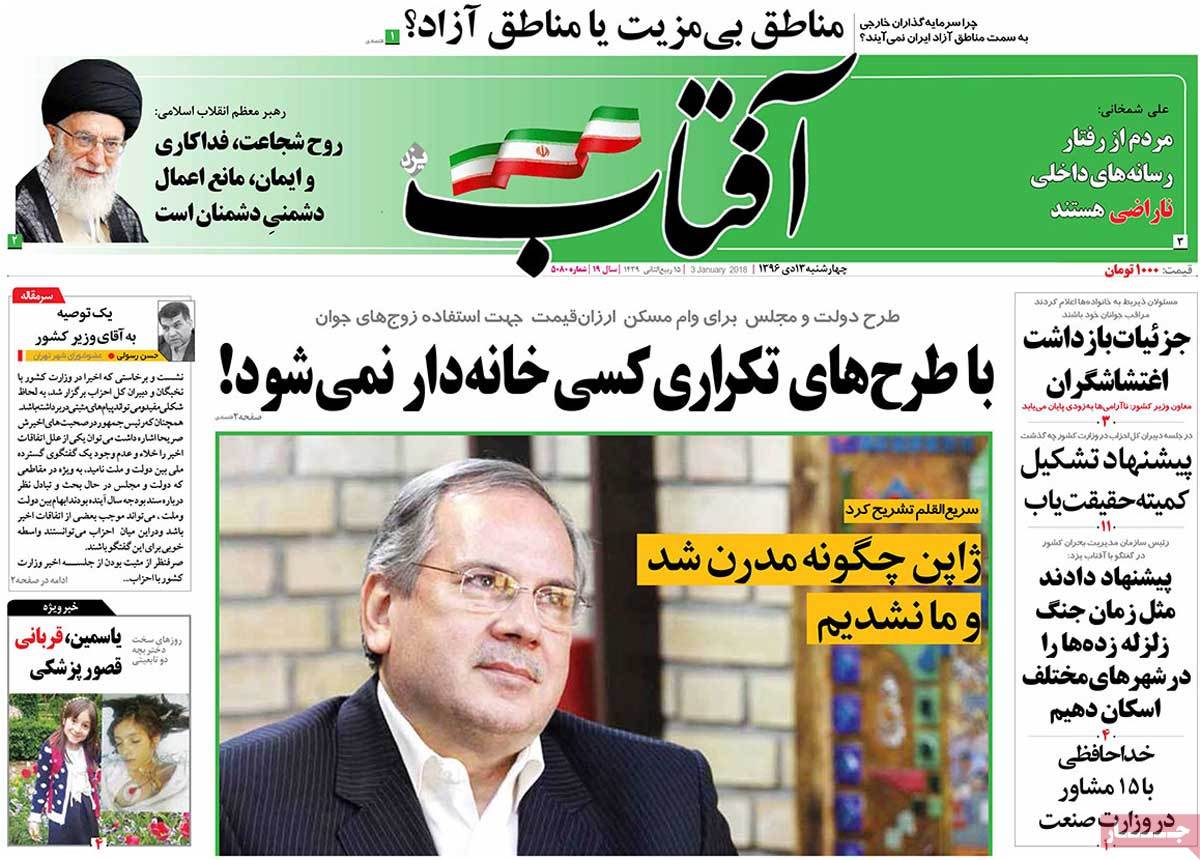 1- Iran Leader: I Have Words and Will Talk to People in Appropriate Time 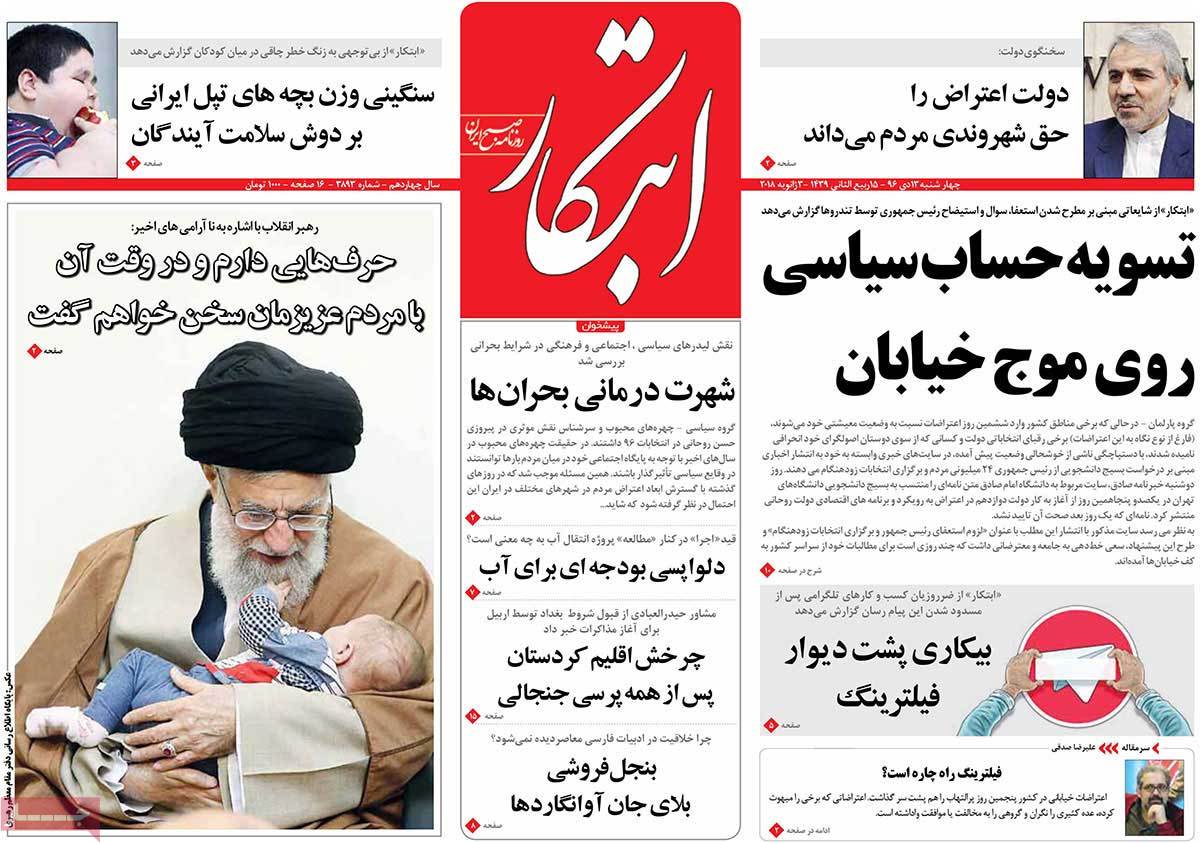 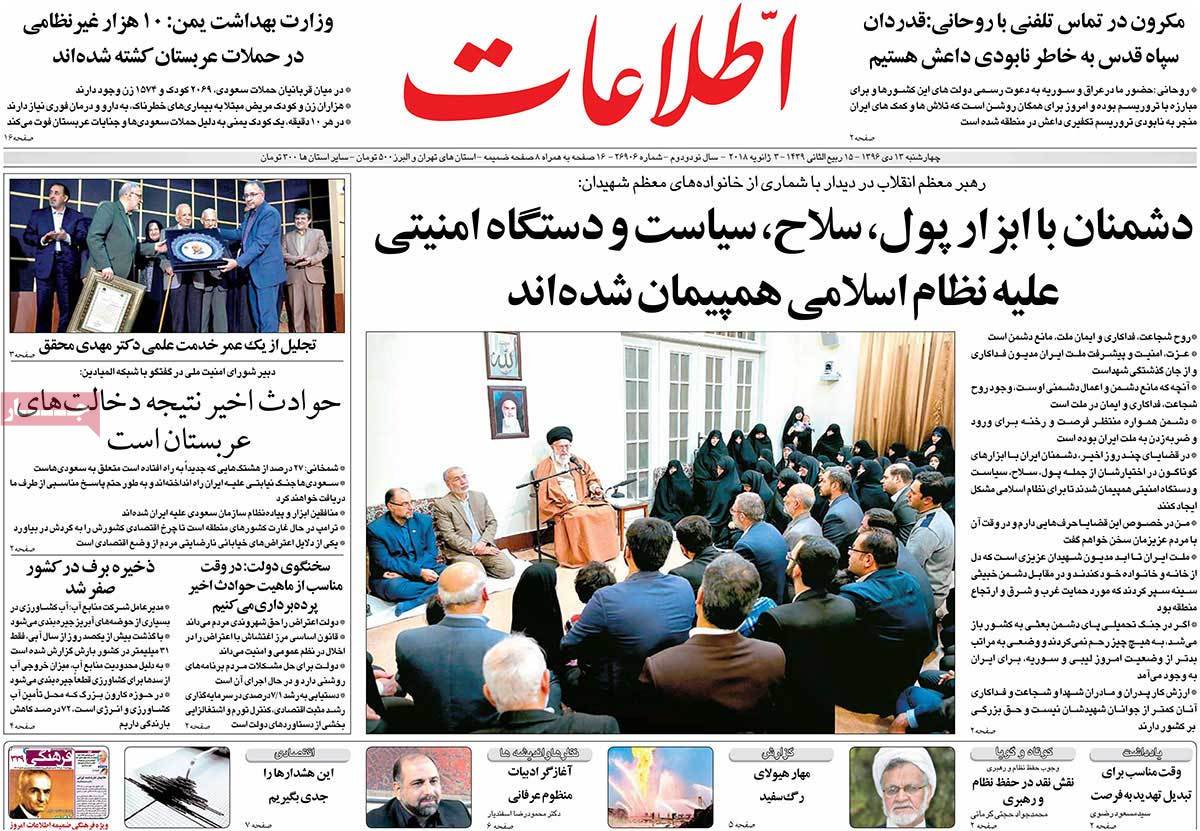 1- Prosecutor General: Rioters Should Know Judiciary Will Seriously Counter Them

2- Rouhani to Macron: Iran to Remain Committed to JCPOA as Long as It Benefits from It 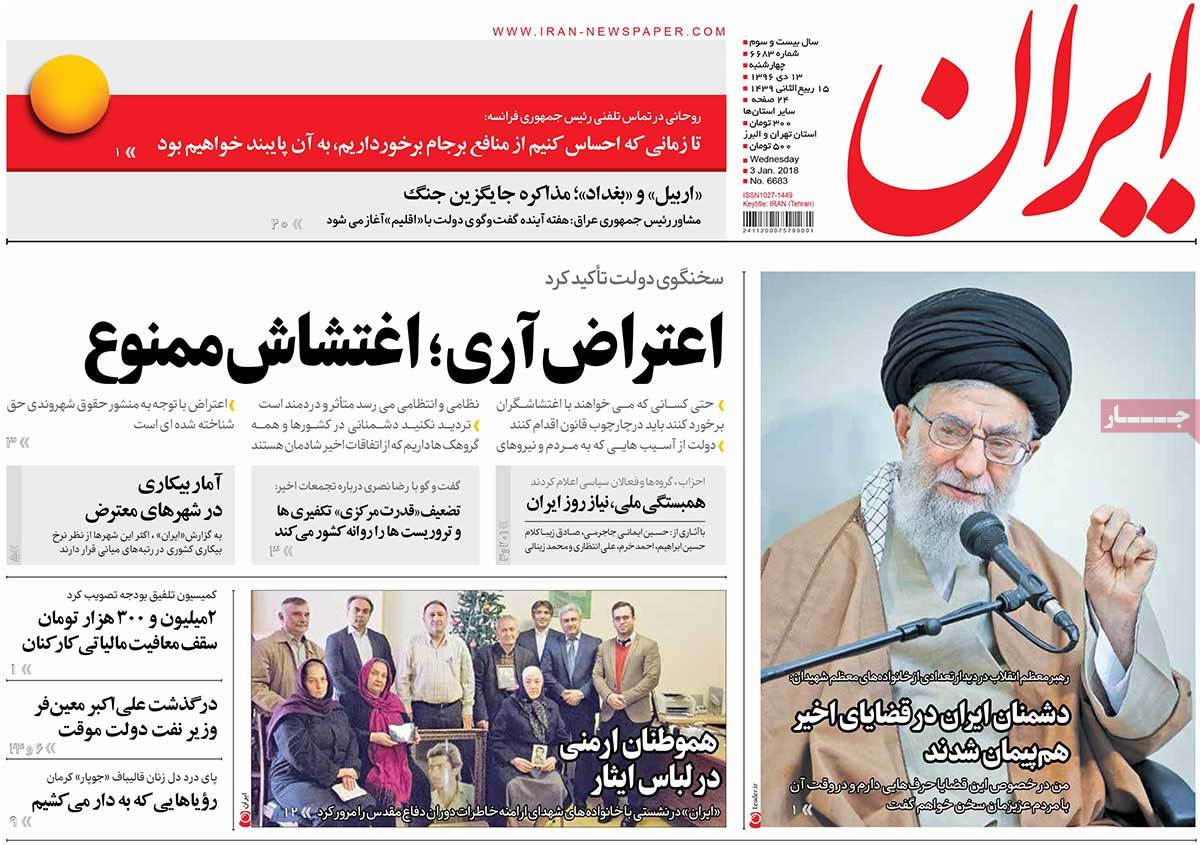 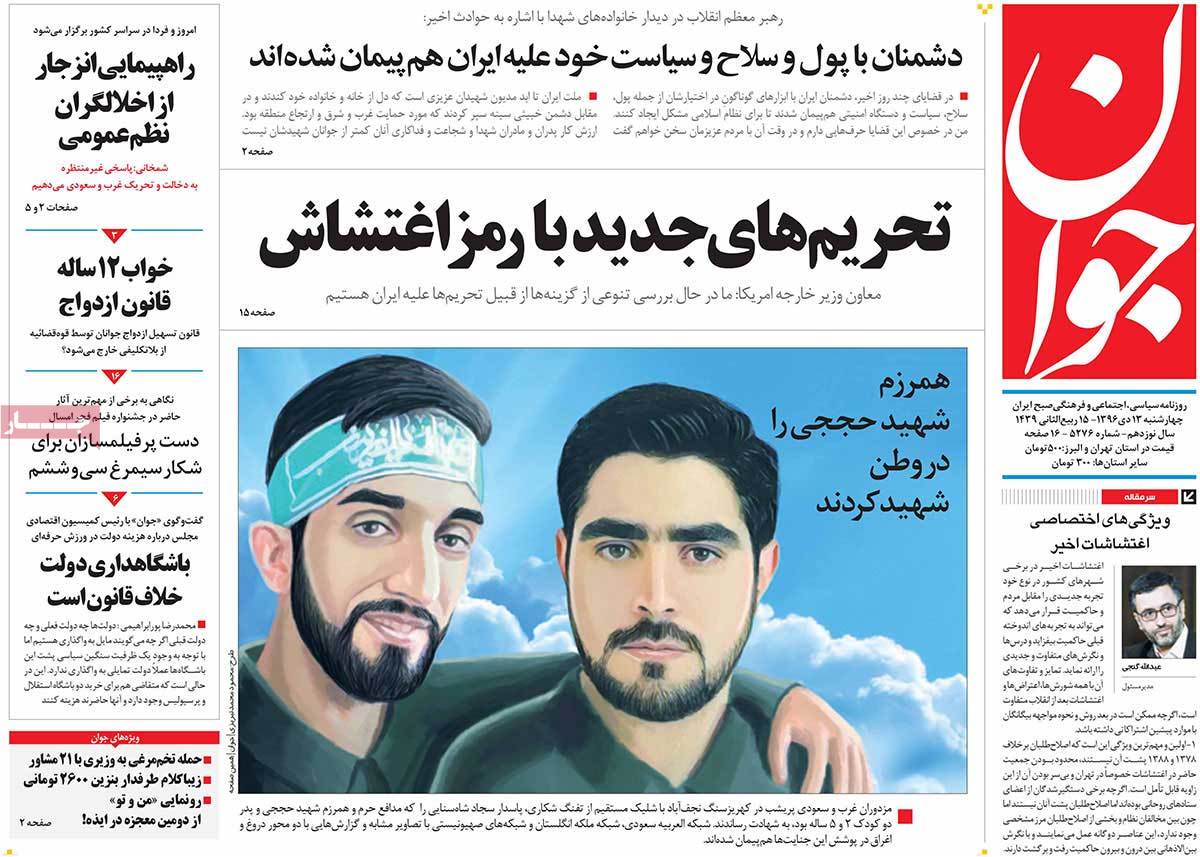 1- Mogherini: EU to Continue Urging All Parties to Implement JCPOA

3- People Must Be Vigilant, Cautious as Deceitful US Supporting Rioters: Clerics 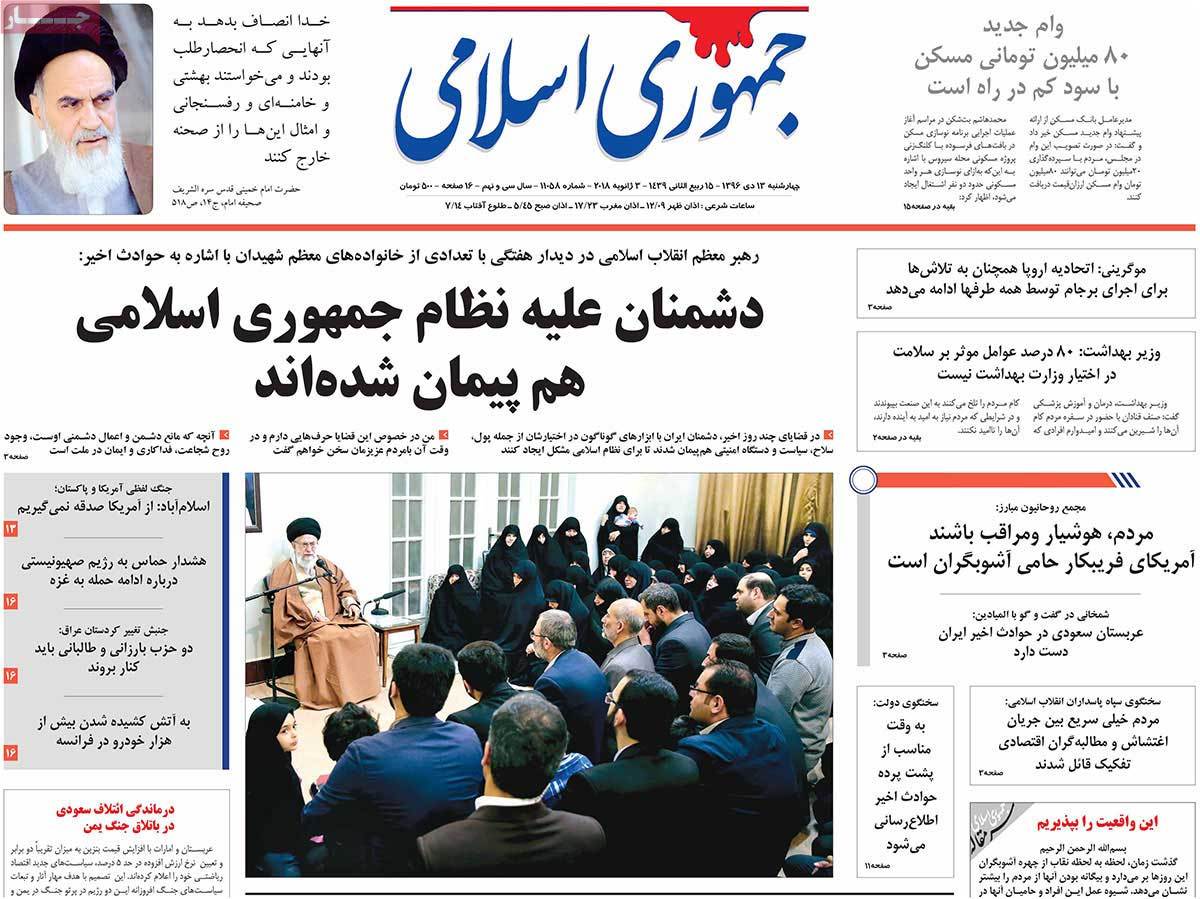 3- Based on Official Reports: Violence in US Has Claimed 90 Lives in Past Year 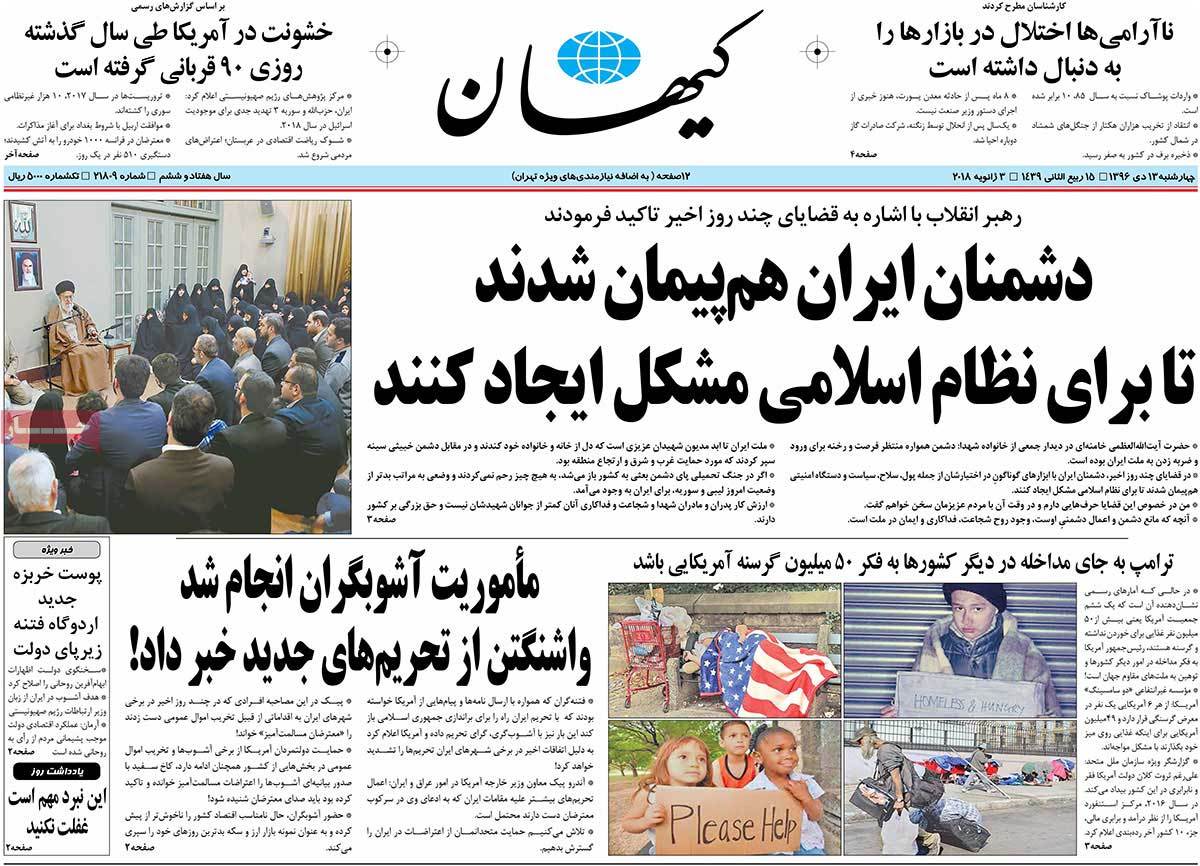 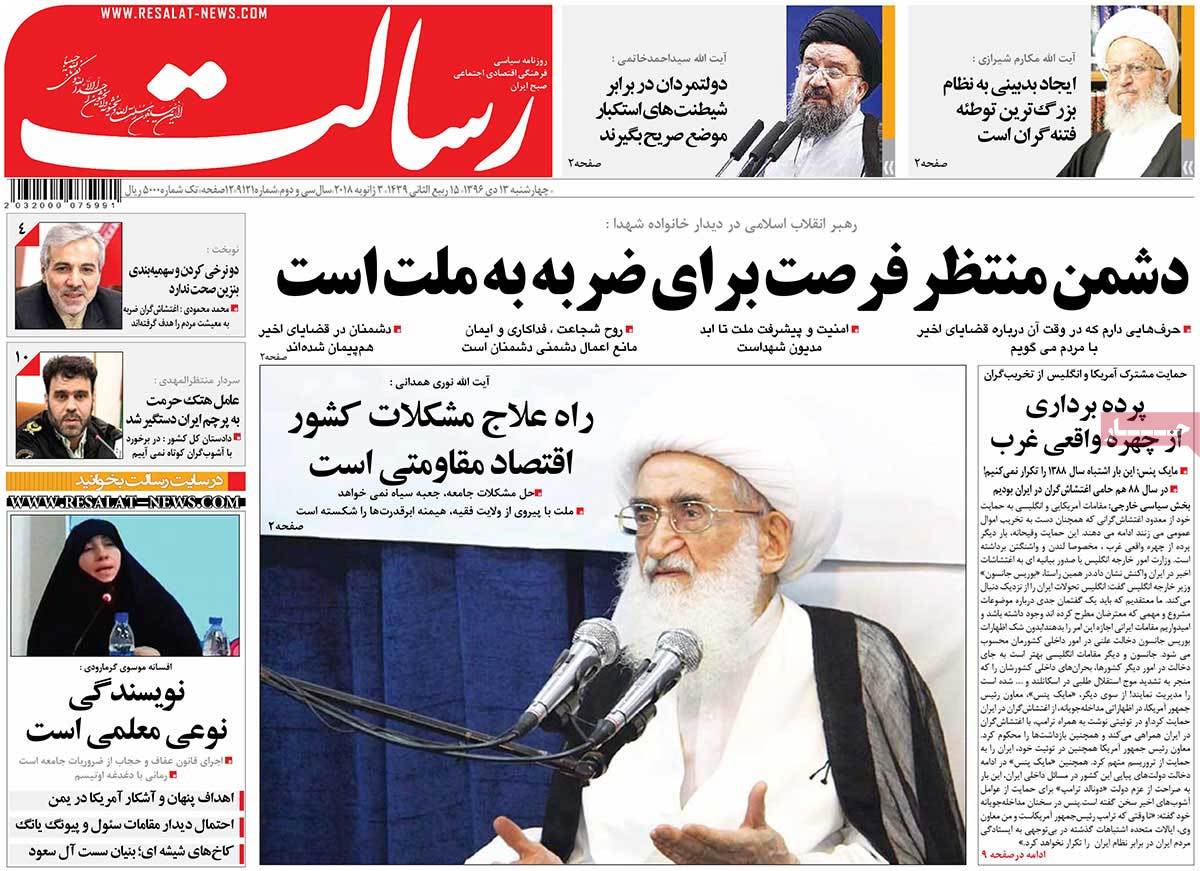