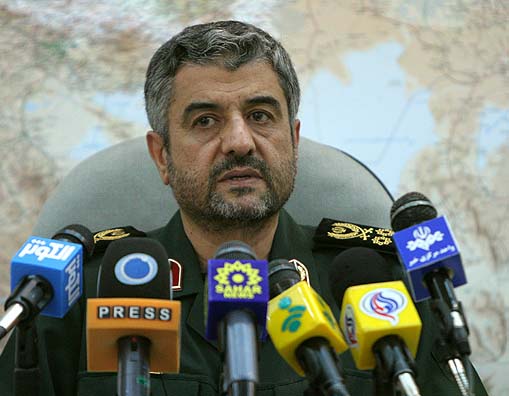 MNA – The Commander-in-Chief of IRGC, Maj. Gen. Mohammad Ali Jafari, announced that the recent days’ riots were part of the most recent plot against Iran and he asserted the plot was definitely foiled.

“This is a divine vow that each difficulty and sedition is followed by an easement,” said the Chief-Commander of the Islamic Revolution Guards Corps (IRGC) Major General Mohammad Ali Jafari, on Wednesday.

The Iranian commander mad ethe remarks touching upon the recent week riots in some cities of Iran.

“The enemies perfectly know that by no means can they threaten the Islamic Republic of Iran in terms of defense. So they have mustered all their capital, after the sacred defense, to pose cultural, economic, and security threats against the Islamic Iran, and with God’s help they are assuredly to be defeated in these fields, too,” ascertained the top commander of IRGC.

“In addition to the 5000 forces trained, as announced by Ms. Clinton, to create riot, anarchy, insecurity, and intrigue in Iran, a huge number of anti-revolutionary agents, pro-monarchists, and MKO members, were tasked with creating and developing riot and anarchy in Iran,” he noted.

“Today, I can pronounce, that the intrigue of 96 is over and defeated,” asserted the Iranian General.