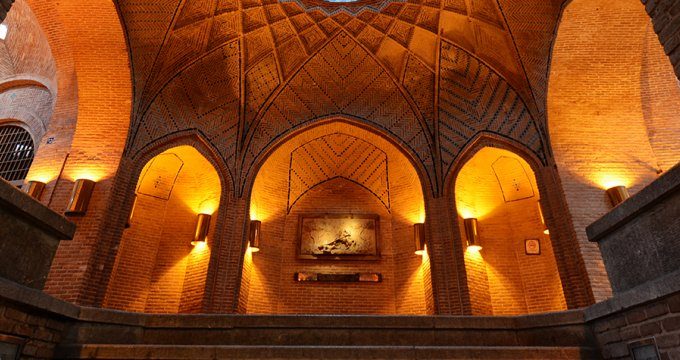 Financial Tribune- S a’ad al Saltaneh, a historical caravansary in Qazvin Province, has hosted more than 500,000 visitors since the beginning of the current Iranian year (March 21, 2017).

According to Arash Rashvand, director of the Urban Development and Revitalization Organization at Qazvin Municipality, domestic tourists constitute a greater share of the reported figure. “During the 9 months to December 21, some 550,000 domestic tourists and 1,750 foreign travelers have visited the site,” he was quoted as saying by Mehr News Agency.

In a bid to draw more visitors to the historical caravansary, 72 special tours were operated, especially during the past Iranian New Year holidays (March 20- April 2, 2017), with the visit to Sa’ad al Saltaneh being the centerpiece of the programs. The caravansary was built during Qajar Era (1789–1925) and is known as one of the country’s best-preserved urban structures of historical value. The restored structure is home to over 140 separate pavilions in its commercial space, creating jobs for over 240 people.