Bloomberg | Golnar Motevalli: Iranian President Hassan Rouhani said his country’s people have the right to protest and criticize but that such actions must be for the good — and rejected U.S. President Donald Trump’s backing of demonstrators.

Rouhani first comments since protests against the condition of Iran’s economy started on Dec. 28, were reported by the semi-official ISNA news agency following an Iranian cabinet meeting in Tehran. Earlier on Sunday, Iran restricted social media access, drawing a fresh rebuke from Trump.

The government won’t tolerate damage to public property and protesters who cause social disruption, Rouhani said, adding that demonstrations shouldn’t make the public fear for their safety. 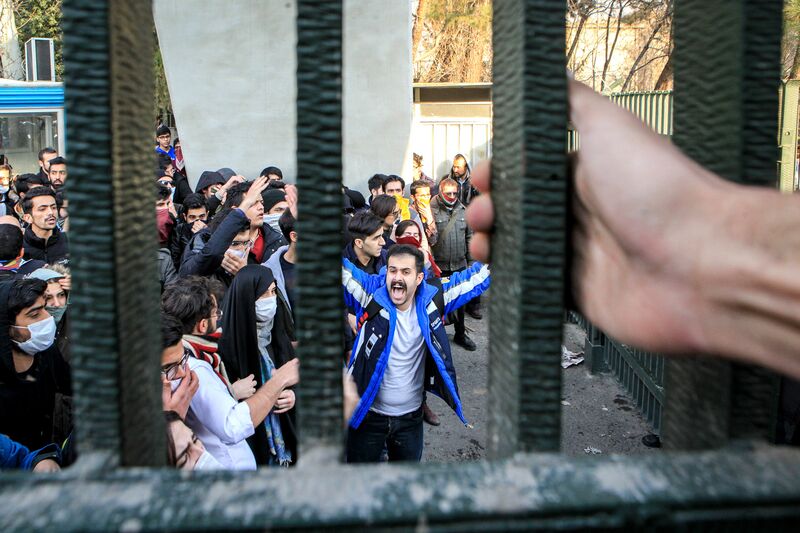 Rouhani said Trump — who tweeted that the U.S. is watching “very closely” for human rights violations during the protests — has no right to show sympathy for Iranians after branding them terrorists a few months ago.

The government and the people must “work hand-in-hand” and “as partners,” and concerns about household incomes, corruption and transparency in state institutions must be addressed, he added.

Earlier, Iranian police arrested about 200 people in the capital following weekend protests. Authorities restricted access to Iran’s most popular social-media platform in response to one of the biggest shows of dissent against the country’s leadership in years.

Trump posted a separate Twitter message on Sunday after Rouhani’s remarks that Iran’s response was “Not good!”

“Iran, the Number One State of Sponsored Terror with numerous violations of Human Rights occurring on an hourly basis, has now closed down the Internet so that peaceful demonstrators cannot communicate,” Trump said in his message.

Two people died in clashes with security forces late Saturday in the western city of Dorud, the first casualties since anti-government protests erupted on Thursday. Iran’s powerful Revolutionary Guard Corps vowed to take tough action if the unrest continued, and stocks fell Sunday to their lowest level in more than a week.

The rare public challenge to the government has erupted at a time of deepened strains between the U.S. and Iran. Trump has imposed additional sanctions on Tehran and threatened to quit Iran’s 2015 nuclear accord with world powers.

The semi-official Iranian Labour News Agency said about 200 people who had been protesting in Tehran on Saturday had been arrested, quoting the city’s deputy police commander for security, Ali Asghar Naserbakht.

The protests, which began in the northeastern city of Mashhad, initially targeted the government’s handling of the economy, winning the backing of hardliners critical of Rouhani and the nuclear deal.

Demonstrations, which extended to at least 20 locations late last week, continued on Sunday. In Tehran, photos published by the semi-official Fars news showed police deploying water cannons where people gathered on Vali Asr junction, one of the city’s busiest thoroughfares. Telegram’s chief executive, Pavel Durov, wrote on Twitter that Iranian authorities are blocking access “for the majority of Iranians.” The move came after the company refused to shut down a number of “peacefully protesting channels,” Durov said.

The government said the restrictions are temporary.

The demonstrations are among the largest seen since in the Islamic Republic since millions of Iranians took to the streets to protest the disputed re-election of former President Mahmoud Ahmadinejad in 2009. Government officials say the latest unrest is part of a wider attempt by Rouhani’s opponents to discredit his leadership. Iran’s hardline media have said justified criticism of the government has been hijacked by a wider foreign plot to sow sedition in the country.

Protesters “must certainly know that improper behavior will be to their detriment, and the nation will come out and stand against these actions and throw a hard punch in their faces,” the Revolutionary Guard’s commander for security in Tehran, Brigadier General Esmail Kowsari, said, according to a statement carried by the semi-official Iranian Students’ News Agency late Saturday.

The unrest rippled through Iran’s stock exchange. The TEDPIX Index fell 1.7 percent to 95,561.58 in Tehran on Sunday, the lowest level since Dec. 20, according to data on the bourse’s website.