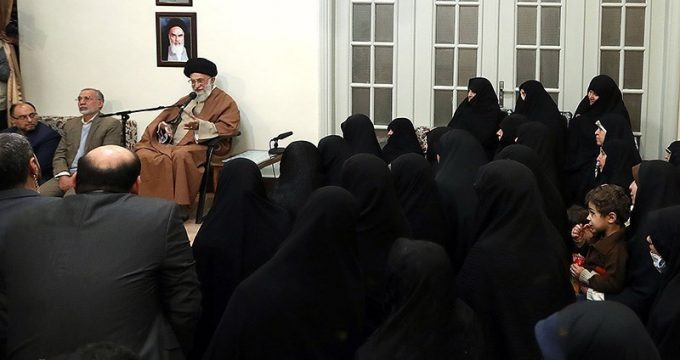 Ayatollah Seyyed Ali Khamenei, the Leader of Iran’s Islamic Revolution, has blamed the enemies of Iran for the recent developments in the Islamic Republic, saying the enemy seeks to cause problems for the Islamic Establishment.

At least 9 people were killed and some 100 were arrested overnight as unrest across Iran entered a sixth day, Iranian media said. The country’s supreme leader accused “enemies of Iran” of orchestrating the demonstrations.

‘Ask Iranian people to aid the hungry in US’

Iran’s ambassador to UK reacted to US President Trump’s offensive tweet about Iranian people, telling Trump that he should ask the Iranian nation to help the hungry people in US instead of insulting them.

Iran’s Deputy Interior Minister for Security and Law Enforcement Zolfaghari said on Tuesday that in most parts of the country, the situation has returned to normal and the remaining unrest in some cities will soon be over.

Iranian government recognizes the people’s right to protest within the framework of citizens’ rights and the Constitution, spokesman for the government said here on Tuesday.

Secretary of Iran’s Supreme National Security Council (SNSC) Ali Shamkhani has said certain countries are waging a “proxy war” against the Islamic Republic via social media and the internet.

Head of Tehran’s Revolutionary Tribunal cautioned those insisting on participation in violent unrest against the consequences of their disorderly conduct, saying rioters arrested from the third day of the unrest on will receive harsher punishment.

The spokesman of Islamic Revolution Guards Corps Second Brigadier General Ramezan Sharif denounced the ‘overt and covert support of the US, Zionist regime and the Saudi’s’ for the rioters in Iran.

Insecurity not to be allowed in Tehran: IRGC Commander

The deputy commander of IRGC’s Sarallah headquarters, a key base for handling security affairs in Tehran, said the headquarters is not responsible for dealing with the recent unrest in the capital but made assurances that related officials will not allow insecurity to continue.