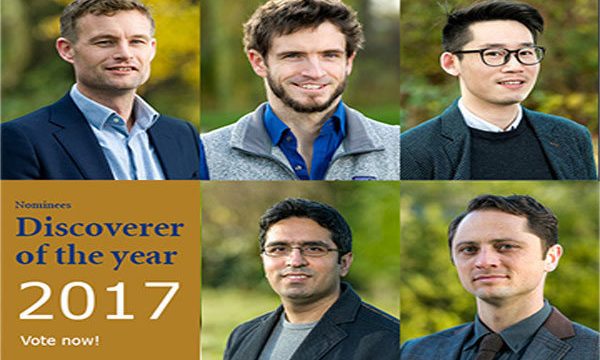 MNA – Iranian scientist Alireza Mashaghi Tabari who is a principal investigator and assistant professor at Leiden University and Harvard University has been nominated for the 2017 Discoverer of the Year Award.

Mashaghi has been nominated for this award due to carrying out research at the interface of physics and engineering in order to deal with complicated medical challenges.

While in Iran, Mashaghi dedicated his efforts to bridging the gap between various scientific fields and managed to provide the opportunity for elite students to study in two majors at the same time.

Professor Mashaghi serves on the editorial boards of a number of journals including Scientific Reports, Nano Research, Frontiers in Physics, Trends in Analytical Chemistry, Systems & Synthetic Biology, and Medicine.

The 2017 Discoverer of the Year Award will be given to one of eight candidates who have been nominated through votes. Voting for your favourite nominee is possible until Tuesday 9 January 2018, 12:00 hrs. noon, using the following link:

The winner of the C.J Kok Public Award will be presented at the Faculty of Science New Year’s reception, Tuesday 9 January 2018 at Leiden University, Leiden, Netherlands.