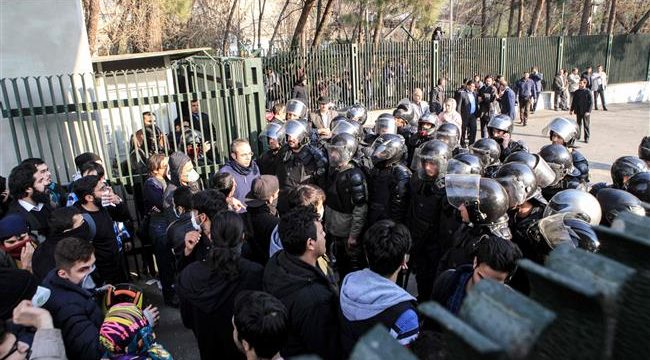 IRNA – In reaction to the recent protests in Tehran and a number of other major cities, principlist and reformist politicians emphasized national unity and urged the people to be alert against the enemy’s deceitful penetration and exploitation.

The protests began with the call of certain social network abusers under the pretext of high prices and unemployment, which were followed by reactions from principlist and reformist figures.

Principlist Abdolreza Rahmani-Fazli, the incumbent minister of interior, said, ‘Iranians have always pursued their wants through legal channels and will continue to do so; hence, destroying public property and violating other people’s rights should not be attributed to them.’

Also Deputy Speaker of Majlis (the Iranian Parliament) Ali Motahari said, ‘The Iranian authorities should provide the situation for civil protests, and also counter those who destroy public property.’

Motahari added, ‘The minister of interior should recognize civil protests and not be very strict in issuing permits for such protests. People should follow the rules of civil protests.’

‘It is a positive point for our society and Islamic Establishment that people feel free to express their opinions in form of rallies and gatherings,’ he said.

Mohammad-Reza Aref, a reformist member of Majlis and a former vice-president, said, ‘Pursuing welfare demands of the people is the duty of the Majlis and the government.’

Aref added, ‘Chaos in the country is what the ill-wishers of the people want; they want to disappoint people.’

And reformist Chairman of City Council of Tehran Mohsen Hashemi, the son of the late Akbar Hashemi-Rafsanjani, said, ‘We are in national vigilance, and the criticisms and demands should be expressed in the framework of the law, and not with excitement.’