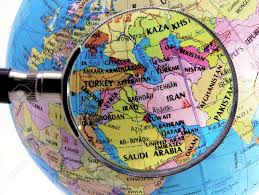 December 31, The Iran Project – The year of 2017 was full of ups and downs for the Islamic Republic of Iran. In one hand, coming to power of US president Donald Tramp created serious challenges for Iran in dealing with its most important international treaty after the end of Iran-Iraq war (the eight-year war imposed by the regime of former Iraqi dictator Saddam on the Islamic in the 1980s). On the other hand, Iran’s endeavors to restore its regional power during the past years had brought up fruitful results.

Although, Trump became president in November 2016, he actually came to power on January 19, 2017. From the very first moments after he took the presidency helm, the viewpoints of many Americans and non-Americans changed about the US.

The ex-US president, Barack Obama’s strategy in dealing with Iran was based on a soft approach and changing the officials’ opinions in decision-making. In the meantime the slogan of “regime change” also had been removed from the American authorities’ literature. But after Trump presidency, the American authorities’ literature also changed, and what they were thinking behind the scene about the Islamic Republic of Iran publicly become apparent.

Tramp, who described the nuclear agreement clinched with the P5+1 group of countries as the worst deal for US, was looking for a way out of deal or at least was seeking to withdraw from the deal, known as Joint Comprehensive Plan of Action (JCPOA) in words.

For sure, the US’ withdrawal from JCPOA is not appropriate for Americans’ dignity and even speaking of it would fuel a wave of distrust to  United States among other countries. Of course, the disloyalty of US had already been predicted by the Supreme Leader of the Islamic Revolution Ayatollah Seyyed Ali Khamenei and inside Iran the move reinforced the oppositions’ stance that were against amending relations with US.

One of the most pivotal achievements of Iran, which its ground was prepared in the past years, was the official annihilation of Daesh terrorist group in Iraq and Syria and the terror campaign approximate destruction.On Nov 21, Commander of Quds Force of the Islamic Revolution Guards Corps (IRGC) Major General Qasem Soleimani in a letter to Supreme Leader announced the termination of the corrupt tree of Daesh and congratulated the glorious victory to the Islamic World.

Thanks to the Islamic Republic of Iran’s leading role, the resistance axis managed to defeat the evil axis in Saudi Arabia, Turkey, the United Arab Emirates and the United States which were undermining the process of defeating Deash in Syria. This resistance also brought about another important results which paved the way for stationing of resistance forces in joint border areas between Syria and Israel, and if Iran and its allies intend to “cut the head off the snake”, then land access from Syria and Lebanon would be provided to them.

Another achievement for Iran in 2017 was Saudi Arabia’s siege against Qatar which was formed far from Tehran’s will and eventually served the interests of the Islamic Republic.  The siege of Doha in fact fanned the flames of Saudi Arabia’s rivalry with Qatar in the region. Riyadh believed that Qatar’s siege would change its foreign policy and even its rulers, but thanks to Iran and Turkey supports, Riyadh’s dreams did not come true and led to a change in Qatari mass media viewpoints toward the Saudi Arabia.

Yemen, friend of Iran, the thorn in Saudi Arabia’s eye

Saudi Arabia will have the right if it finishes 2017 year with a blockade nightmare from Iran.Thanks to enjoying US, UK and other Western countries’ state-of art weapons, Saudi Arabia is incessantly bombarding Yemen and not yet succeeded in defeating this Arab country. In a meantime, the nightmare of missile attacks to Riyadh by Houthis has been terrified them.

The Houthis mostly shared same stances with Iran and are considered the new member of resistance axis. Besides, this new member is Saudi Arabia’s neighbor, and it is possible to get involved in more conflicts with Al Saud.

To sum up, it could be said that the 2017 was a triumphant year for Iran’s regional policy, and on the other hand, with regard to Trump’s threats to tear up the JCPOA, the correctness of Tehran’s policy of  distrust to US proved again.

It seems the 2018 year would be considered for Iran as the year of development of regional power and extension of influence in the international arenas. Despite the presence of global and regional rivals, Iran will be more successful to achieve its goals.