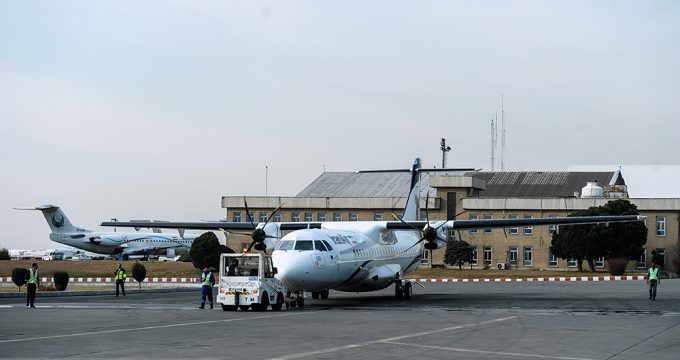 MNA – Two ATR airplanes purchased by Iran Air from the world’s leading turboprop manufacturer have just landed at Mehrabad Airport in Tehran, bringing the number of ATR-72 delivered to Iran by the Franco-Italian company to 8.

Two ATR72-600 purchased by Iran Air (HOMA) under a contract signed with the Franco-Italian aircraft manufacturer in February 2016, have landed at Mehrabad Airport on Saturday.

The delivery of the two aircraft, registered as EP-ITH and EP-ITG, bring the number of the ATR-72 planes delivered to Iran by the western company to eight.

The contract was first signed in February 2016 in Tehran following the commercial discussions held in Rome and Paris, on the occasion of the visit of Iran’s President Hassan Rouhani, and the Minister of Transportation of Abbas Akhoundi.

The deal contains the purchase of 20 short-haul passenger planes with an estimated value of $400 million.

In addition to the 8 ATRs delivered to Iran aviation fleet following the implementation of the JCPOA, three Airbus planes have also joined the Iranian fleet.

Back in June, two privately-owned Iranian airlines, Airtour and Zagros, signed MoUs for total purchase of 73 Airbus aircraft worth 4.5 billion euros at the Paris Airshow.