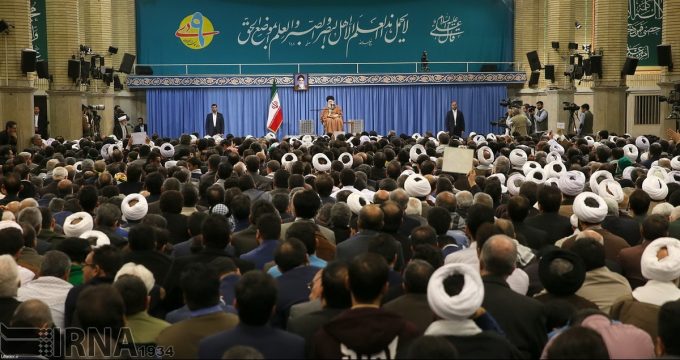 Trump will fail against Iran as did ‘smarter’ Reagan – Ayatollah Khamenei

Reuters – Iranian Supreme Leader Ayatollah Ali Khamenei said on Wednesday U.S. President Donald Trump would fail in his hardened stance towards Iran, saying Tehran was stronger than during the time of the “more powerful and smarter” Ronald Reagan.

“Reagan was more powerful and smarter than Trump, and he was a better actor in making threats, and he also moved against us and they shot down our plane,” Khamenei said in a speech carried on state television.

In 1988, a U.S. warship shot down an Iranian passenger plane over the Persian Gulf, killing all 290 aboard, in an incident which Washington said was a mistake. Tehran said it was a deliberate attack on Iran, then at war with neighbouring Iraq.

“But Reagan is gone and, according to our beliefs, he now faces God’s retribution … while Iran has made great advances in all areas since Reagan’s time,” Khamenei added.

“This trend will continue under the current American president and any hopes on their part that the Islamic Republic would back off or weaken is futile.”

Trump refused in October to certify that Tehran is complying with its 2015 nuclear deal with world powers and warned he might ultimately terminate the agreement.

He announced the shift in U.S. policy in a speech in which he detailed a more aggressive approach to Iran over its nuclear and ballistic missile programmes and its support for militant groups in the Middle East.

Under the nuclear deal, sanctions on Iran were lifted in return for Tehran rolling back technologies with nuclear bomb-making potential.

(This refiled version of the story corrects spelling of “our” in paragraph four).