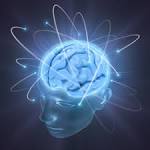 MNA– Iran is now ranked among the top 25 countries in the world active in the field of brain implants, a director at the Science and Cognitive Technologies Council said Wednesday.

According to the head of brain implant working group at the Science and Cognitive Technologies Council, Iran currently holds 0.6 per cent of the world’s science production in the last decade, and based on global statistics, Iran is among the top 25 countries with a remarkable record in the field of brain implants.

Hossein Maghami went on to add, “brain implant systems, which are composed of different parts, are responsible for recording neural signals or stimulating neuronal cells. Through their contact with the surface of the brain and receiving signals and sending them outside of the brain, the systems are able to process the received signals and extract the required data from them.”