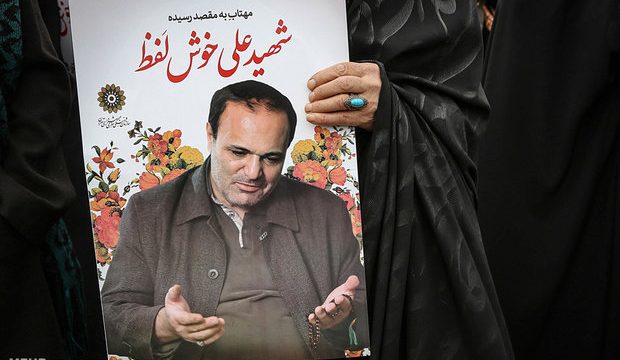 MNA – Organization for the Prohibition of Chemical Weapons issued a letter of condolence on the passing of the war veteran Ali Khosh Lafz.

Organization for the Prohibition of Chemical Weapons (OPCW) which is located in The Hague, the Netherlands, sent a letter of condolence to Ali Khosh Lafz’s wife calling him an illustrative representative of the endeavors made by the Islamic Republic of Iran for the prohibition of chemical weapons.

The Public Information Officer of OPWC Magdalena Spalinska expressed regret over Ali Khosh Lafz’s martyrdom and offered her condolences to his wife and family.

In her letter, Spalinska highlighted the fact that Khosh Lafz was one of the most illustrative representatives of the endeavors made by the Islamic Republic of Iran for the prohibition of chemical weapons.

“We were honored to receive Ali Khosh Lafz at OPWC headquarters at The Hague. He was aware of the importance of this Organization for the world. We are grateful to him for his trip to The Hague despite his illness,” Spalinska added.

“We benefitted from his excruciating experience concerning venomous chemical gases and his long fight against the side effects of such gases during the years after he was infected. His speech given in the OPWC headquarters contained a strong message against chemical weapons,” she went on.

Ali Khosh Lafz was present in numerous operations during the Iran-Iraq war and was severely wounded in operation Karbal-5. He spent the rest of his life in hospitals. “When Moonlight Was Lost” is the book containing his war memories.