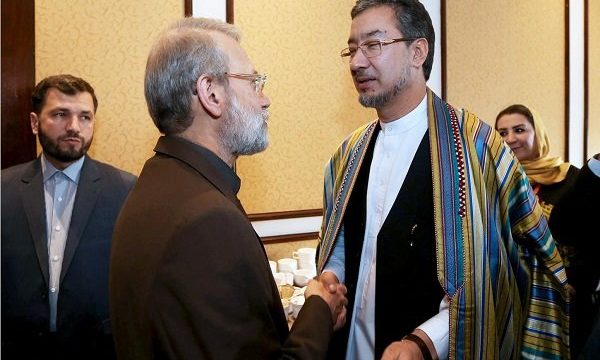 “Iran is ready to increase relations with Afghanistan in all areas of politics, economy, culture, and security,” said Ali Larijani, the Speaker of Iranian Parliament on Monday.

The Iranian top law maker made the remarks in Islamabad while meeting with Abdul Rauf Ibrahimi the Speaker for the Wolesi Jirga, the lower house of Afghanistan bicameral National Assembly. The two legislators met on the sidelines of the first Speakers’ Conference hosted by National Assembly of Pakistan.

The three-day event, running from 23 to 25 December, brought together speakers of regional stakeholders including Afghanistan, China, Iran, Pakistan, Russia and Turkey, with a focus on Parliamentary cooperation for peace, connectivity and prosperity in the region.

The Iranian top MP also described the presence of Afghanistan in the counter-terrorism meeting of Pakistan as a positive measure.

The Afghan law-maker for his part called for Iran’s support in paving the way for expansion of bilateral ties between Tehran and Kabul.