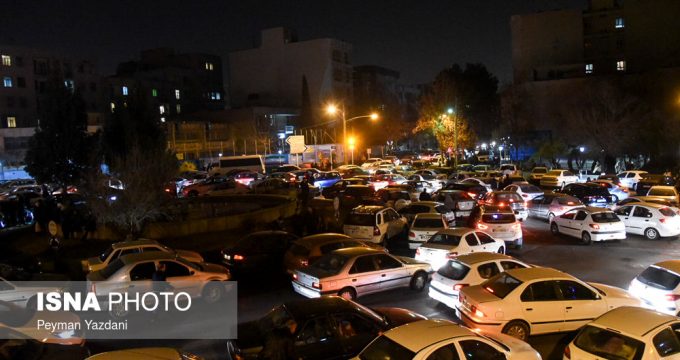 Extraordinary meeting of Islamic parliaments on Palestine kicks off in Tehran

The Parliamentary Union of Islamic Countries (PUIC) Committee on Palestine started an extraordinary meeting in Tehran on Monday.

Iran, Turkey and Azerbaijan have rejected a US decision to recognize Jerusalem al-Quds as the “capital” of Israel. The three neighboring states agreed to adopt a united stance on Washington’s new policy at an upcoming meeting of the UN General Assembly on the issue.

The UN Secretariat has no authority to investigate claims of purported Iranian arms supplies to Yemeni rebels, voiced recently by the United States and other countries, Russia’s deputy UN envoy, Vladimir Safronkov, said.

Zarif: Iran to lodge complaint against US accusations

Tehran is to file a formal protest against the US to the United Nations Security Council, said Iranian Foreign Minister Mohammad Javad Zarif on Wednesday.

On the sidelines of Islamic Solidarity Conference in Baku, the head of the Iran’s president office met and talked with Azeri president Ilham Aliyev and the two sides stressed the necessity of accelerating their economic and financial projects.

The head of the Tehran Judiciary Office has rejected British media reports that Iranian national Nazanin Zaghari – now serving time in Iran for sedition — might be released in a swap deal.

Representatives of three peace-guarantor countries – Iran, Turkey and Russia – issued a joint statement at the 8th round of inter-Syrian negotiations on the Syrian crisis.

Foreign Minister of Iran Mohammad Javad Zarif congratulated new Christian year (2018) to world Christians in a message on Saturday hoping that all would accept Christ’s global message of peace in the new year.

Iranian lawmakers have approved a double-urgency bill that recognizes Jerusalem al-Quds as the permanent capital of the state of Palestine.

Terrorism in the region is the outcome of cultural misinterpretation, said Iran’s Majlis (Parliament) Speaker in the Pakistani capital on Sunday.

Managing director of Pars Oil and Gas Company (POGC), which is in charge of developing Iran’s giant South Pars gas field, said Total is completely following its commitment regarding its deal with Iran and the company’s activities are on schedule.

Turkish Foreign Minister Mevlut Cavusoglu has said Turkey imports oil and gas from both Iran and Azerbaijan and is seeking to buy more oil products from the two countries.

Iran is interested in Gazprom’s participation in the construction of the Iran-Oman gas pipeline, Iranian Deputy Petroleum Minister and Managing Director of the National Iranian Oil Company (NIOC) Ali Kardor stated in an interview with the Gazprom magazine, published on Friday.

Iran will receive 2 more ATR airplanes on Friday, bringing the number of ATR72 delivered to Iran by the western company to 8, a source in Iran Air told Mehr News Agency on Friday.

Iranian Industry Minister Shariatmadari has reported on absorbing of foreign investment worth two billion dollars for the country’s Small and Medium Enterprises (SMEs).

Every members of the UN Security Council except the US, which used its veto, backed a UN resolution calling for the withdrawal of Donald Trump’s recognition of al-Quds (Jerusalem) as Israel’s capital.

The UN General Assembly has overwhelming adopted a resolution calling on the US to reverse its decision to recognize Jerusalem as the capital of Israel. One hundred and twenty-eight countries voted in favor of the motion.

Syrian Ambassador to the United Nations and head of the government delegation to intra-Syrian peace talks, Bashar al-Jaafari, says US and Turkish military forces should leave his conflict-plagued Arab country immediately.

Hamas chief: US may recognize Israel as ‘Jewish state’

The politburo chief of the Palestinian Islamic resistance movement, Hamas, says he has obtained confidential information that Washington may take new decisions regarding Jerusalem al-Quds and the Palestinian cause.

After five nights of live performance in Tehran, Christopher von Deylen, the founder and sole member of German electronic band Schiller, says he will never forget the moments on stage.

Yalda, valuing family ties in the longest night of the year

Yalda is one of the most celebrated traditional events in Iran which marks the longest night of the year.

An official with Iran’s National Elites Foundation says at least 800 Iranian elites graduated from universities abroad have returned to their country.

First woman to publicly complete a Marathon in Iran speaks out: ‘I showed women have strength’

Women were not allowed to run in Iran’s first International Marathon last year, but that did nothing to stop Mahsa Torabi.

Persian Turquoise, jewel of the Orient

For at least 2,000 years, the region once known as Persia, has remained the most important source of turquoise. Its sky-blue turquoise has always been a magnet for beauty seekers throughout history.