A look at Iranian newspaper front pages on December 24

IFP – IFP has taken a look at the front pages of Iranian newspapers on Sunday, December 24, and picked headlines from 14 of them. IFP has simply translated the headlines and does not vouch for their accuracy.

A major story in several newspapers today was the air pollution in Tehran and other megacities, and a protest rally held by the citizens of Tehran in front of the municipality.

The issue of earthquake and the absolute necessity of preparing for the incident also remained a top story today. 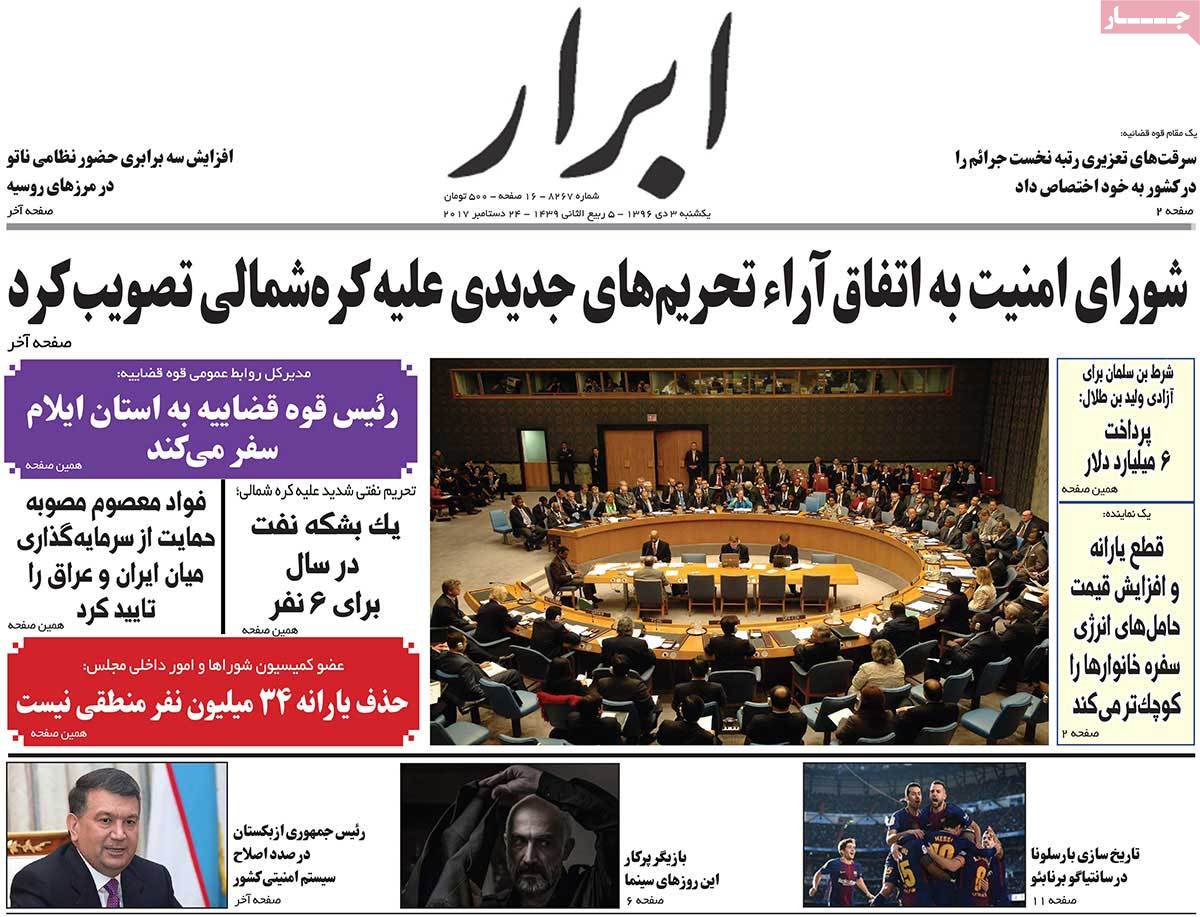 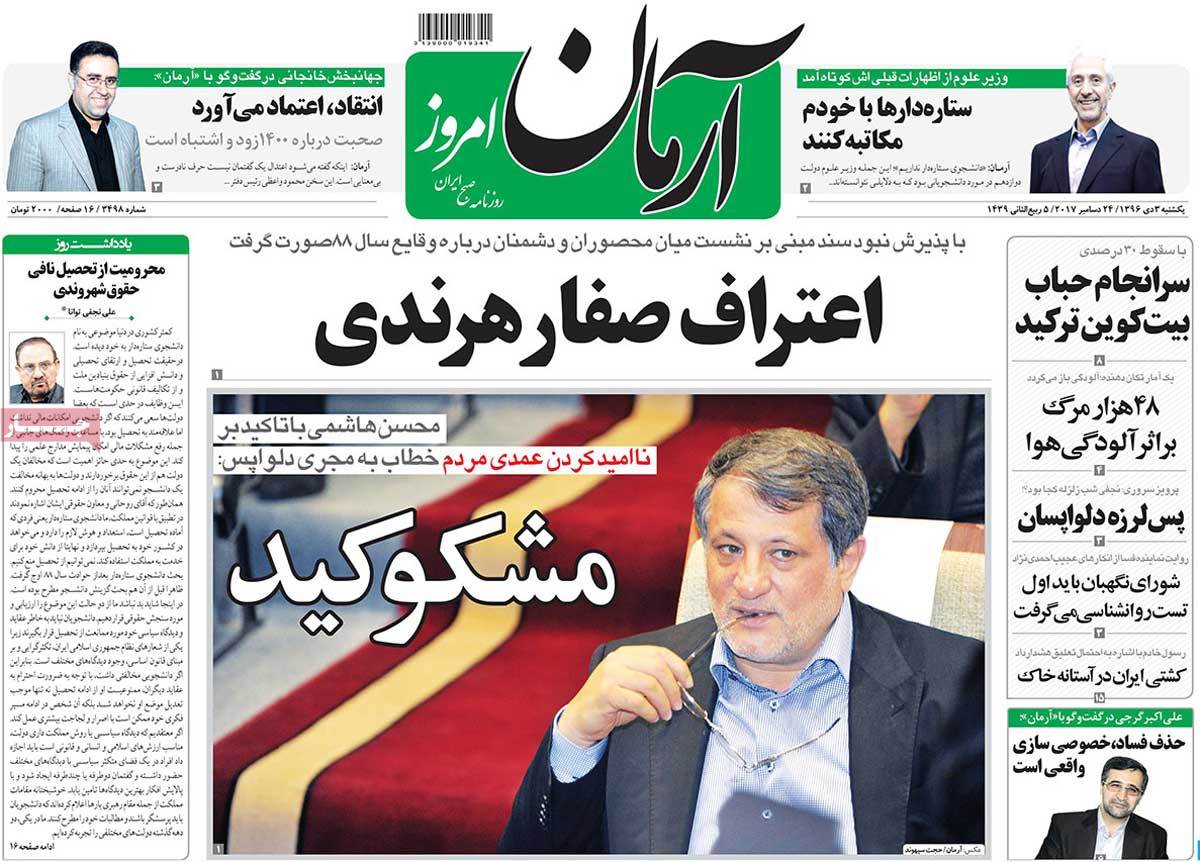 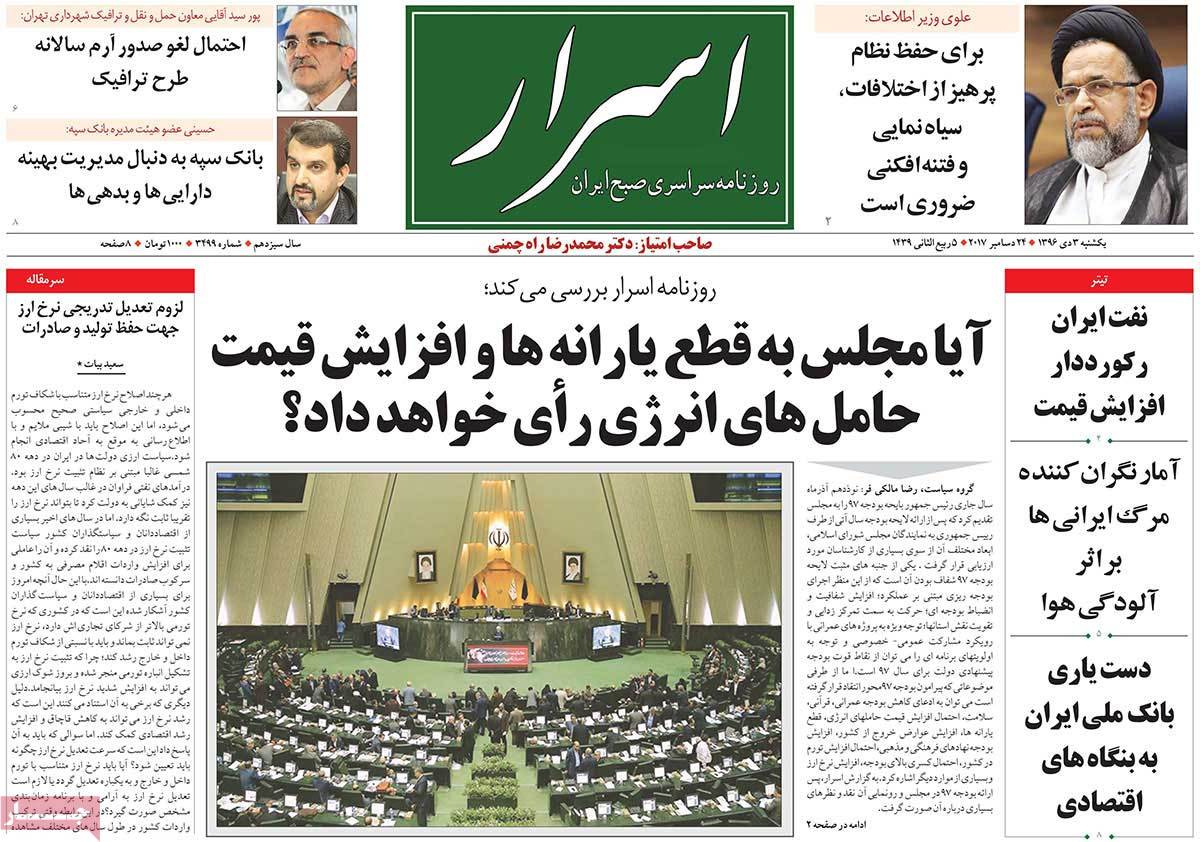 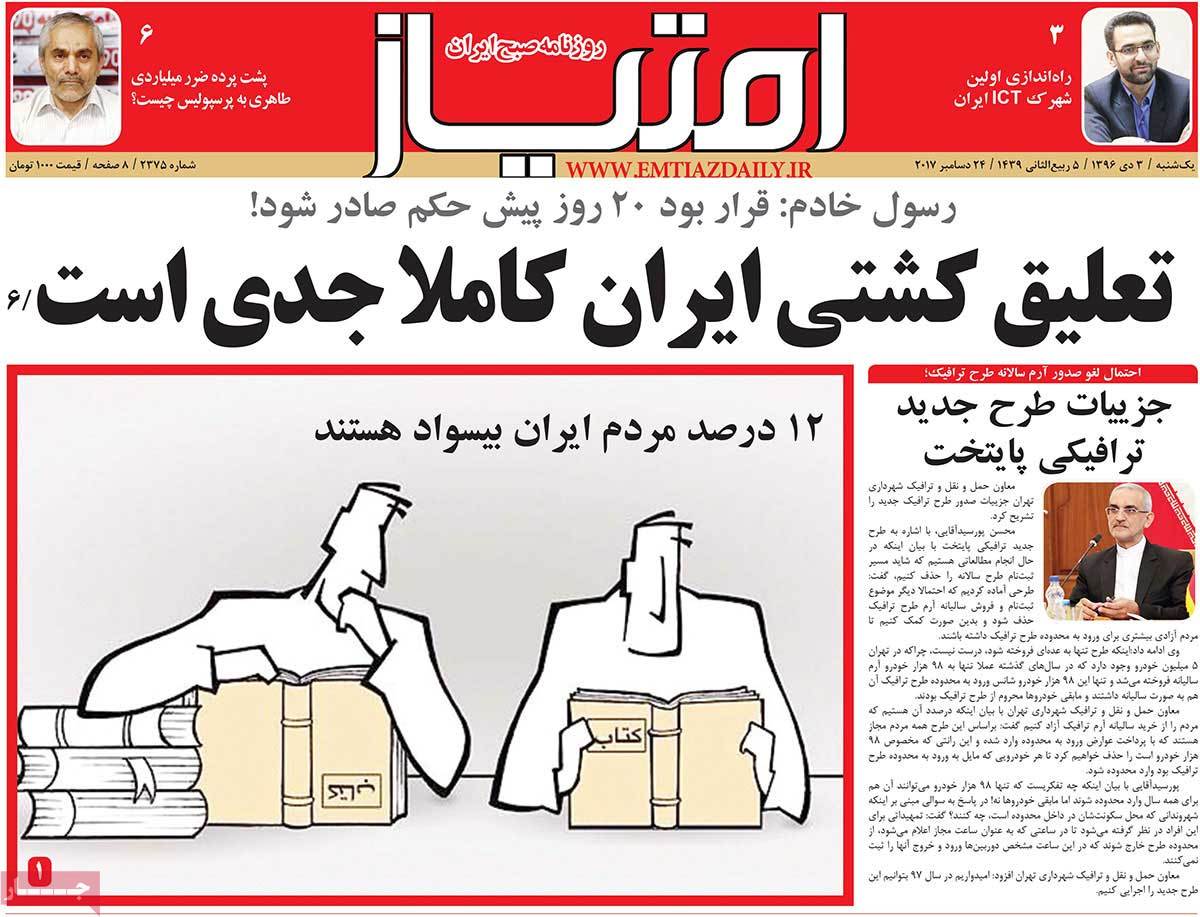 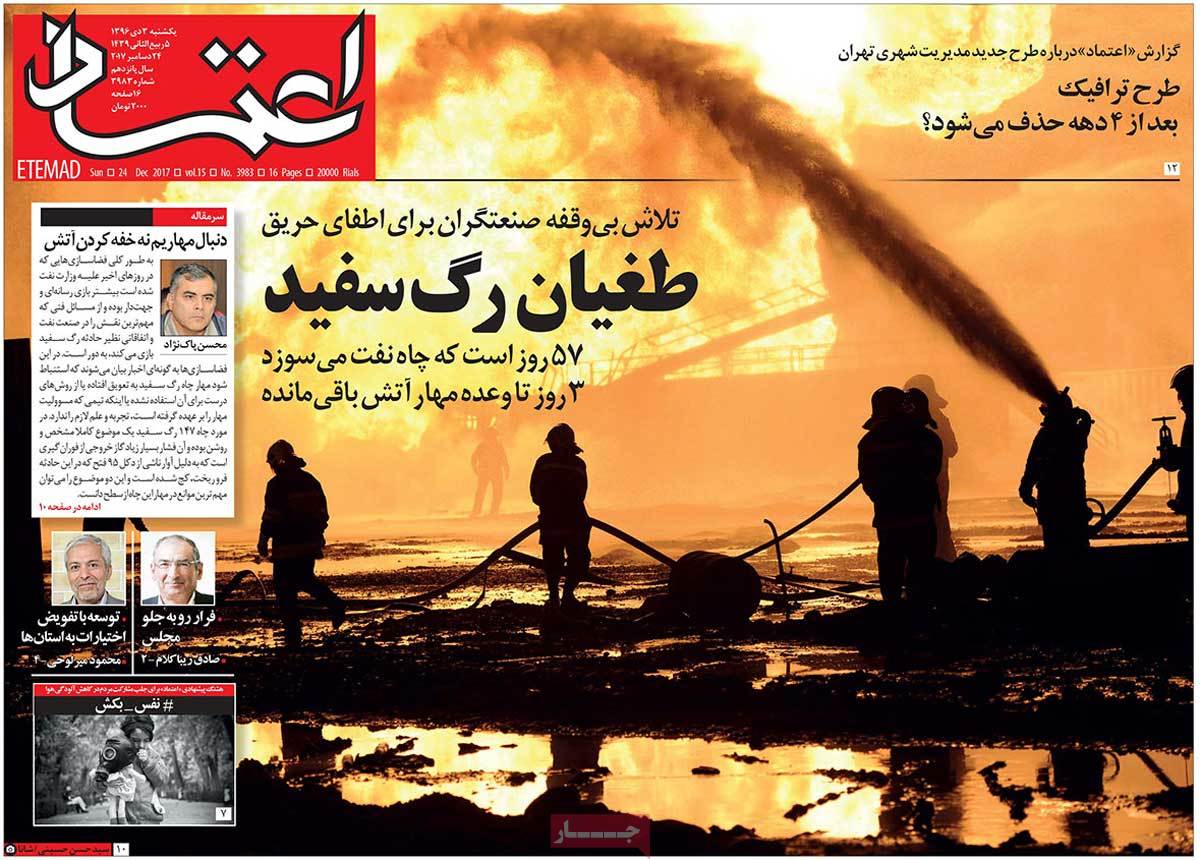 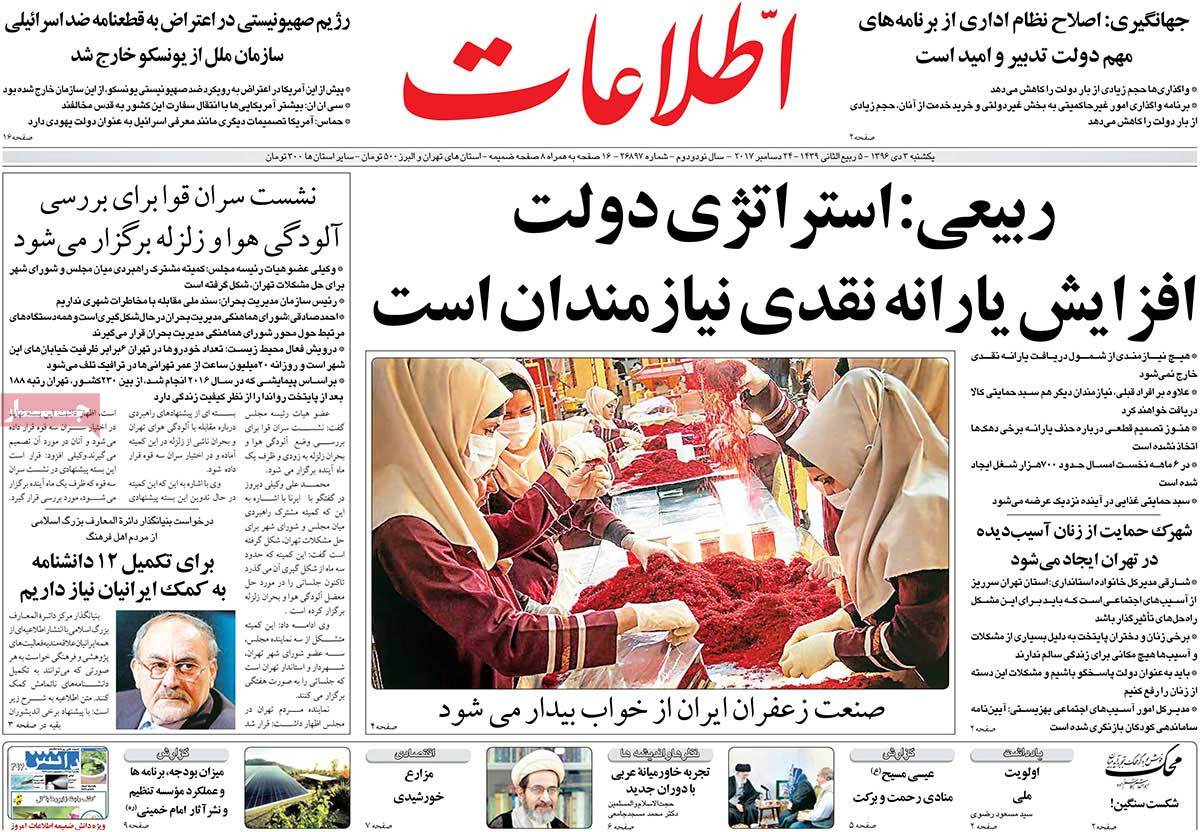 1- Tehran Mayor: End of Red Alert in Capital; No Concern over Bigger Quake

2- Azeri Maestro: Iranian Tar Must Be Introduced to World Academically 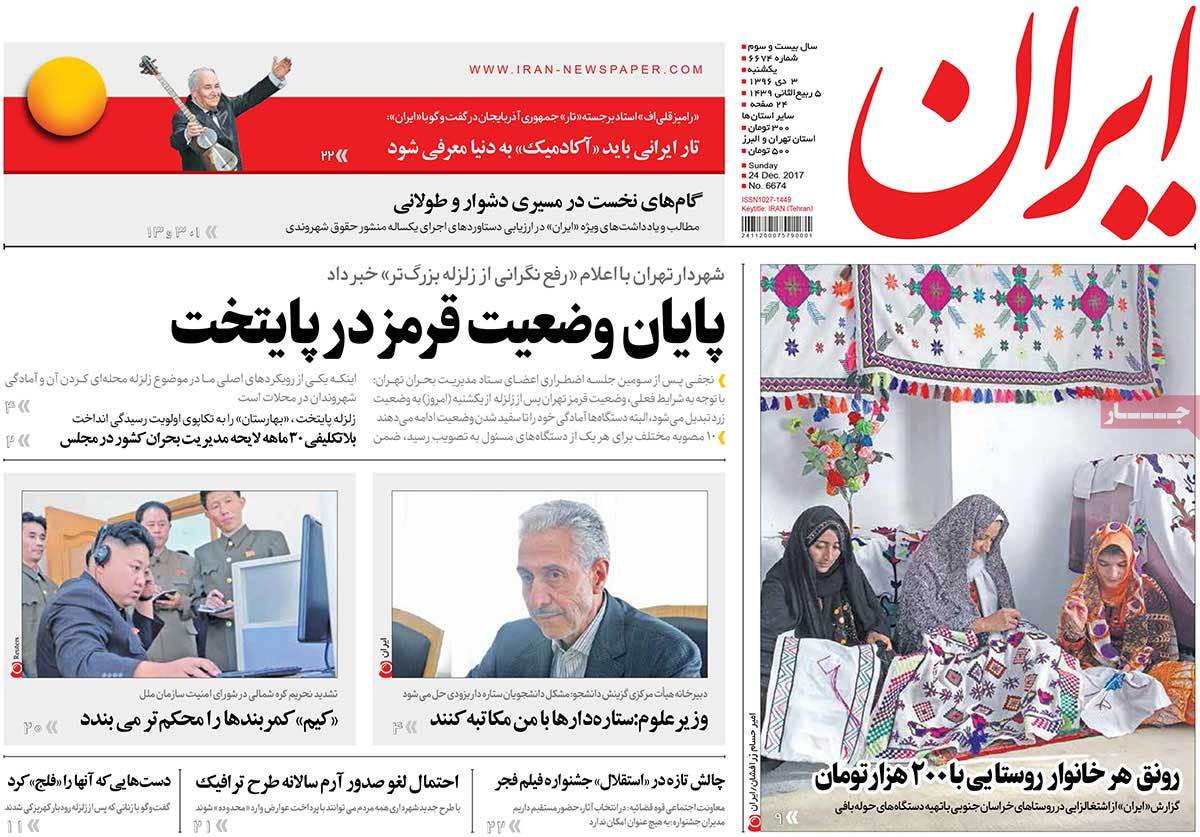 1- Less than One Book for Each Iranian Citizen 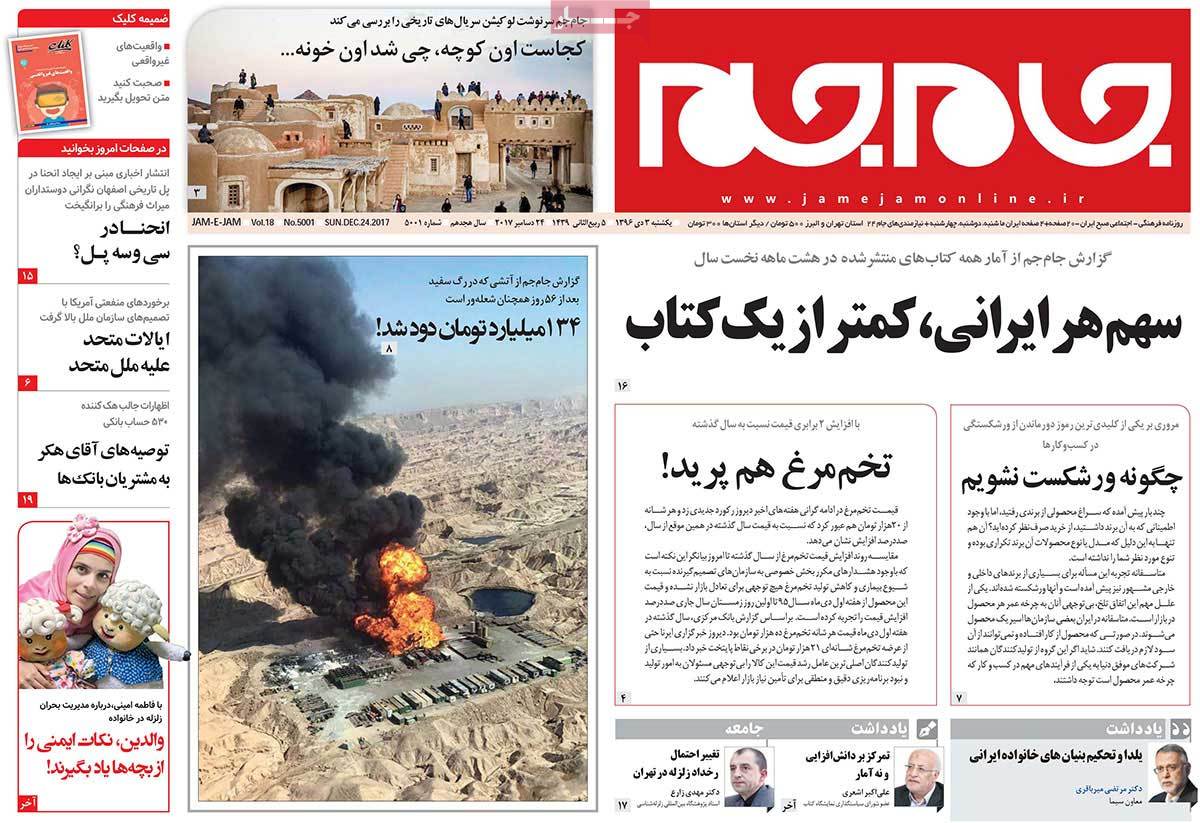 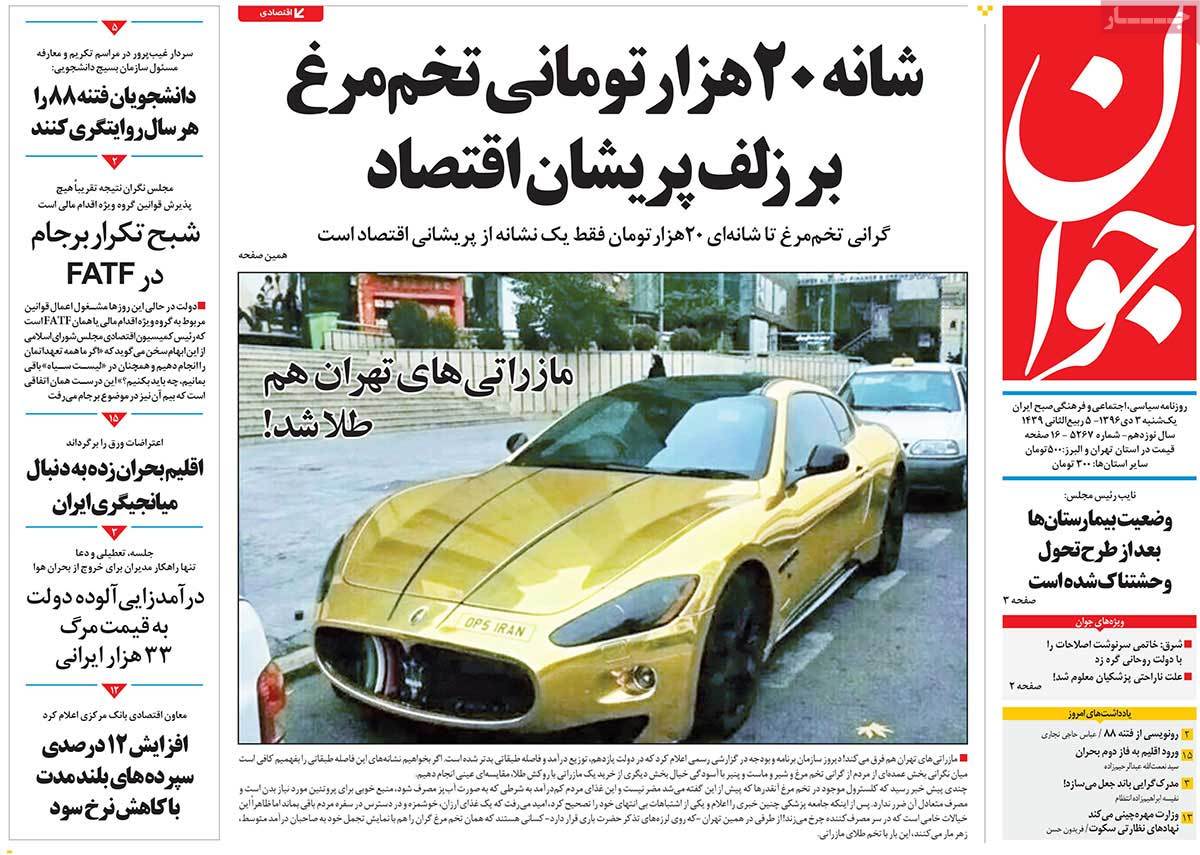 3- Iran, Switzerland to Cooperate on Promotion of Nuclear Safety 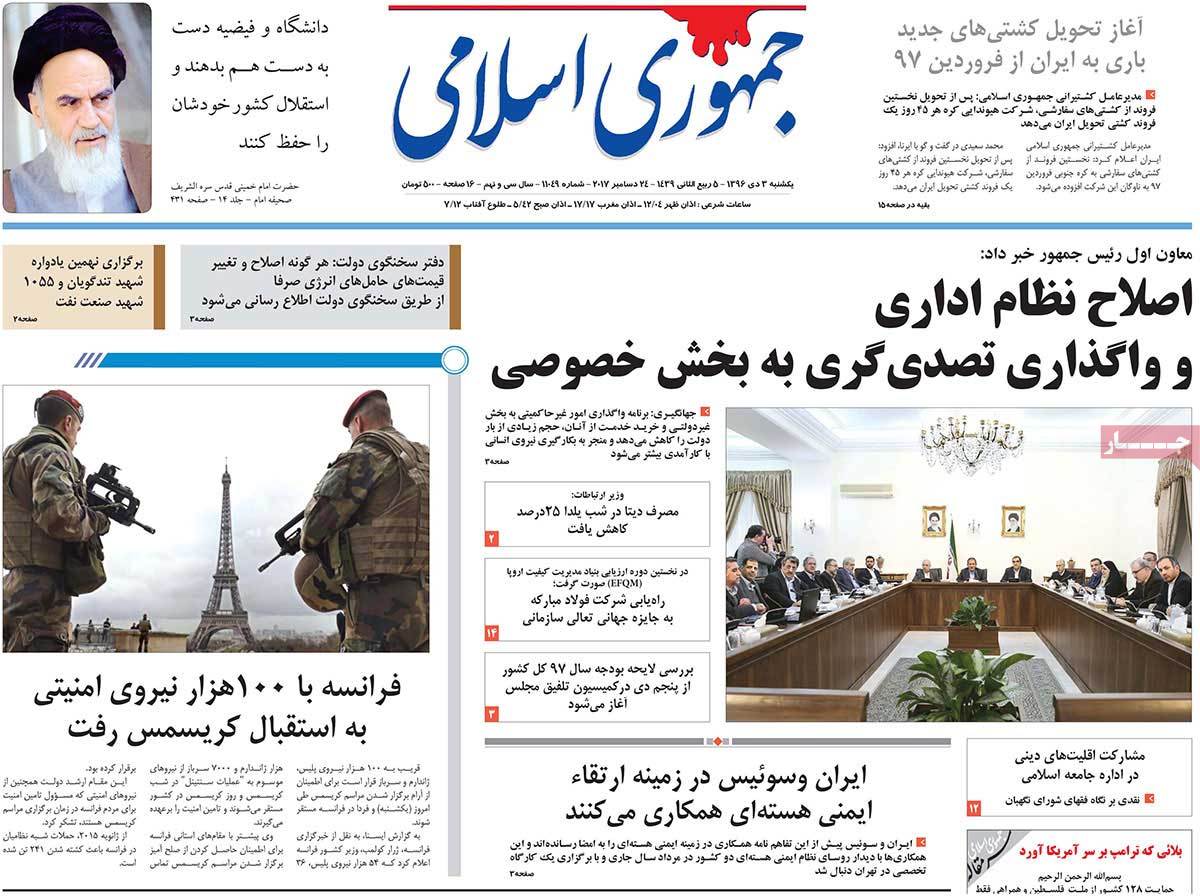 1- Advocates of Reformism: Those Who Regret Voting for Rouhani Are Conspirators!

2- Popular Front: Palestinians’ Legitimate Goal Is to Attack US Interests 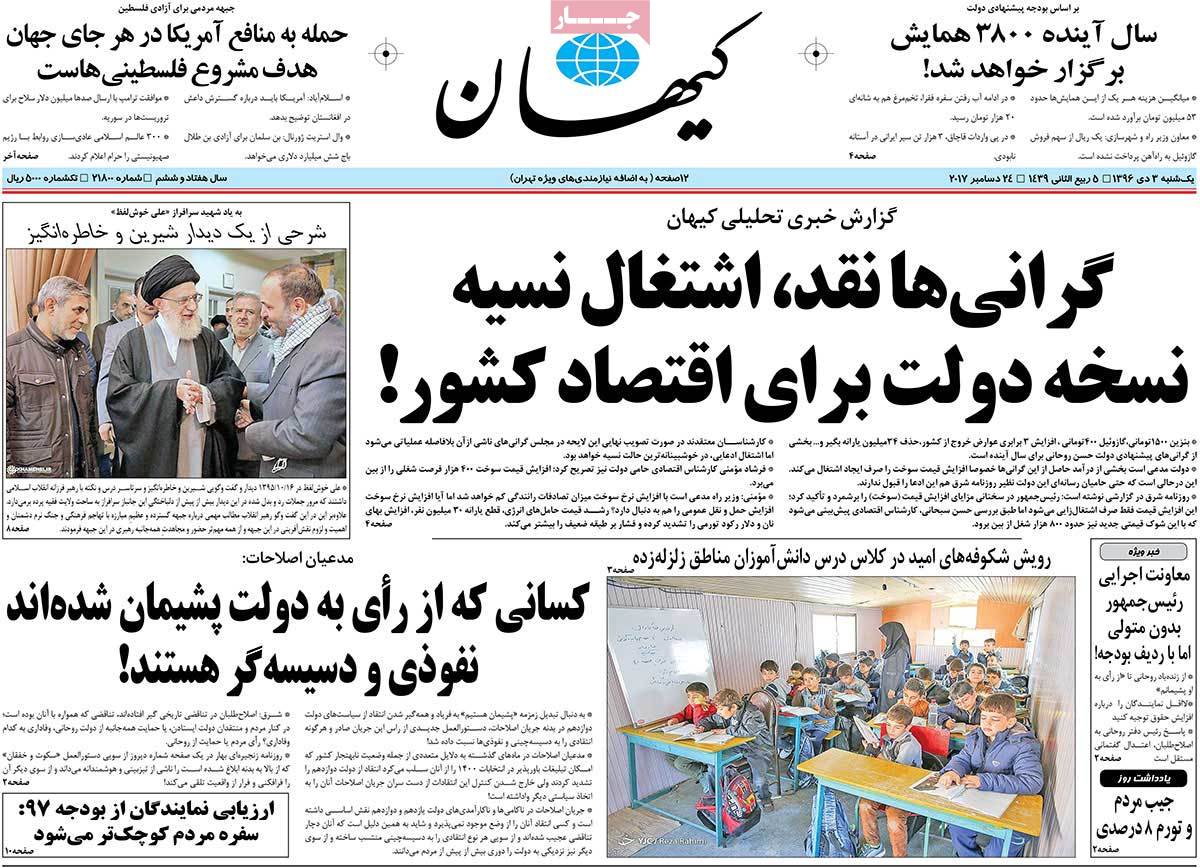 1- One Million Yemenis Suffering from Cholera 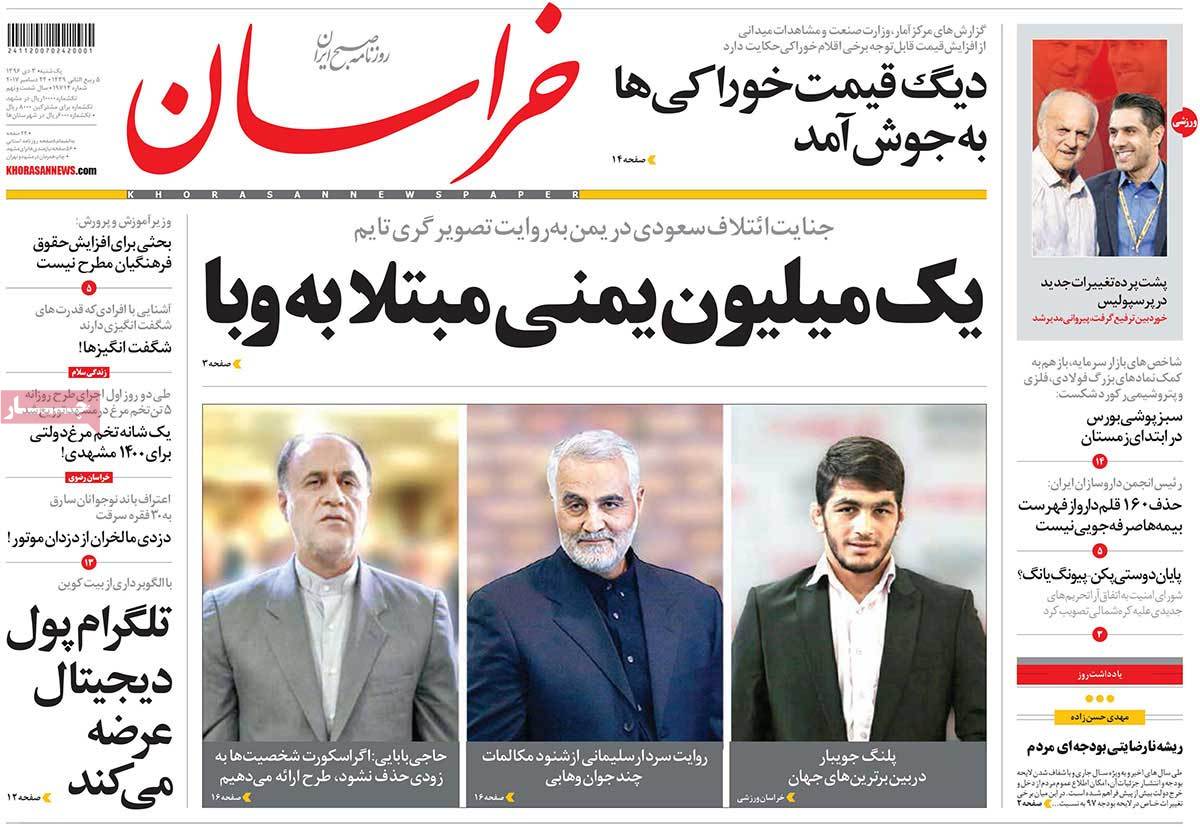 1- Parliament Speaker: Terrorism in Mideast Not Over 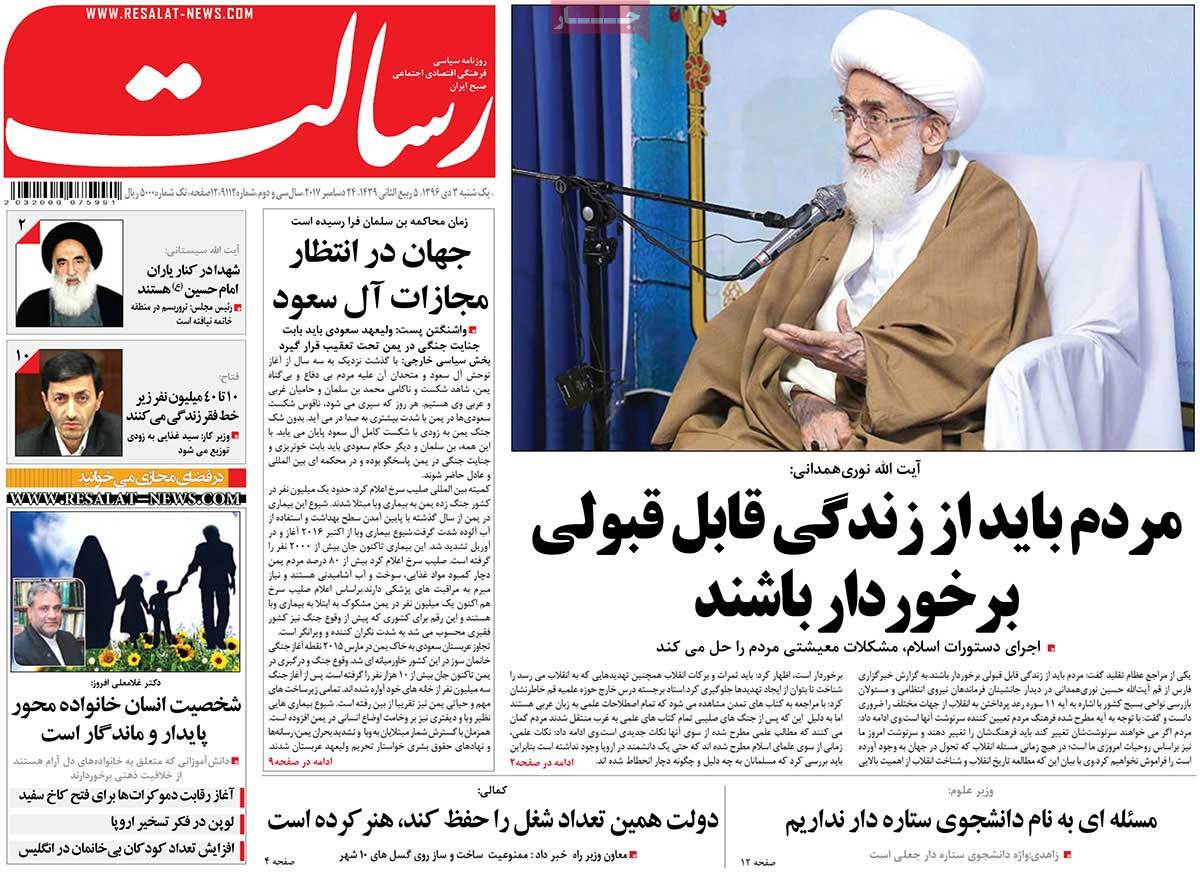 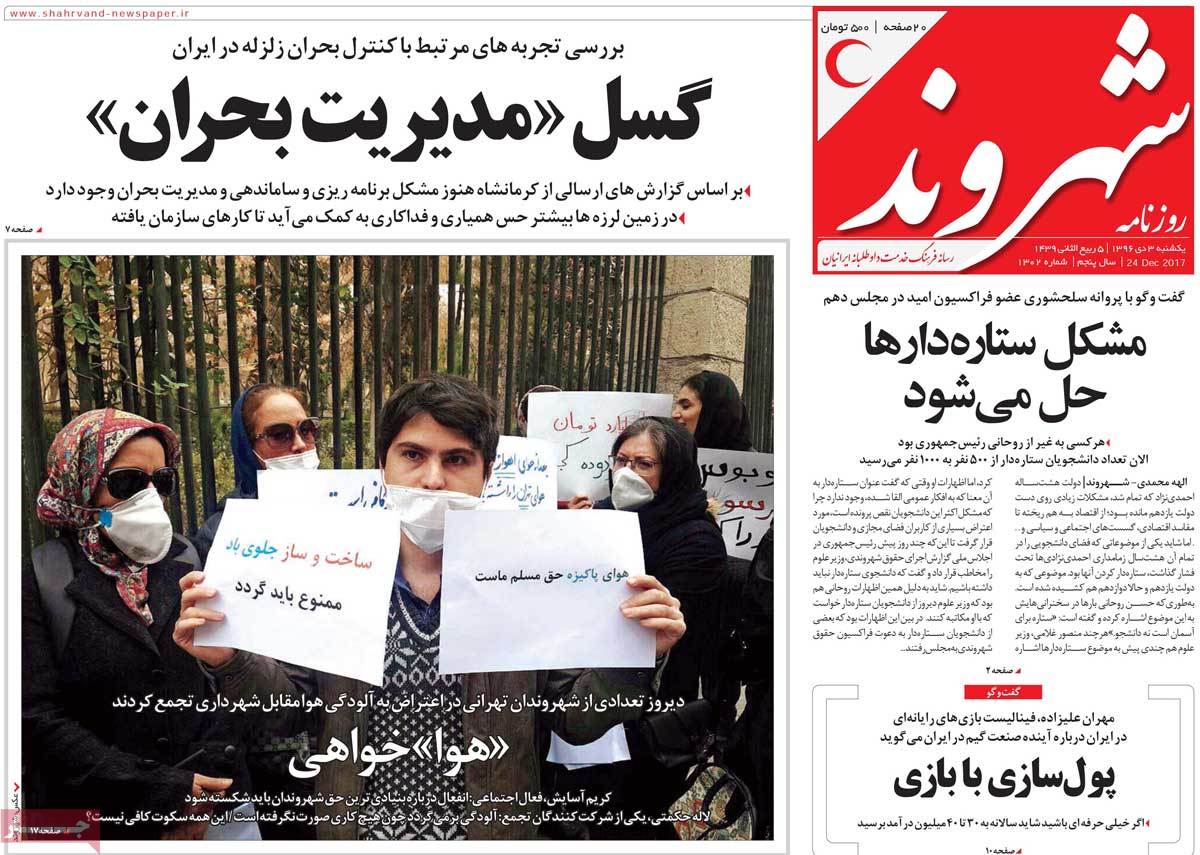