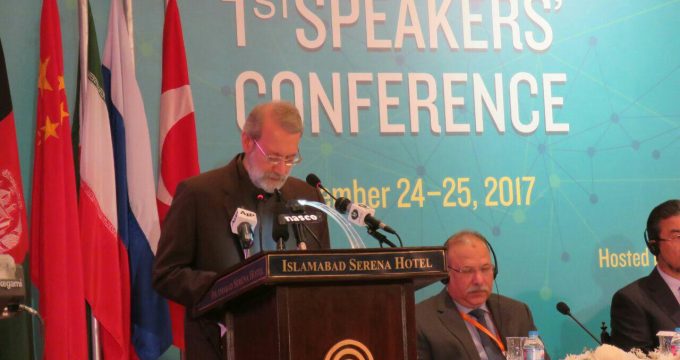 IRNA – Terrorism in the region is the outcome of cultural misinterpretation, said Iran’s Majlis (Parliament) Speaker in the Pakistani capital on Sunday.

Ali Larijani, addressing a conference on challenges and threats of terrorism, held in Islamabad on Sunday, described terrorism as the calamity of the mankind and said, extremism and supports provided by intelligence services constitute main factors aiding promotion of the phenomenon.

‘A look at the historical development of terrorism reveals that it has developed in the world because of different reasons,’ Larijani said.

‘But the birthplace of terrorism we are discussing here in this conference is in the region,’ he added.

Addressing the conference, Larijani tried to give an analytical explanation of the roots and outcomes of the terrorism which has affected the region recently.