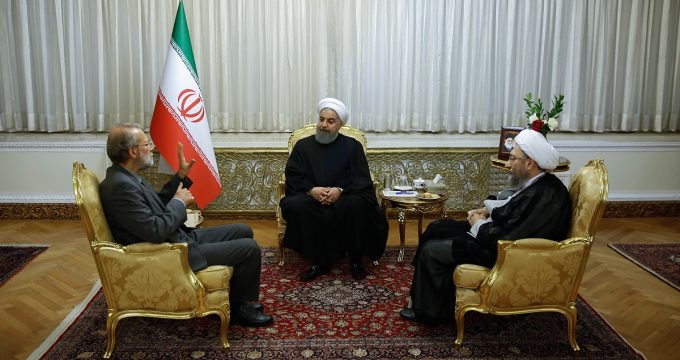 MNA– Heads of three branches of government – the judicial, the executive and the legislative, will hold a meeting within a month to review proposals addressing the pollution and earthquake preparedness in the cosmopolitan Tehran.

A member of Parliament’s board of directors, Mohammad Ali Vakili, told reporters on Saturday that a joint strategic committee has been formed between the Parliament and City Council about three months ago and has held several weekly meetings since then on finding solutions to Tehran’s pollution and the earthquake crisis and response.

“The committee has prepared a package containing several strategic proposals on combating pollution in Tehran and ways to respond to the crisis in the wake of an earthquake, which will be presented to the heads of the three branches of government in a meeting to be held within the next month,” he said.

According to him, the heads of the three branches of government, including President Rouhani, Parliament Speaker Ali Larijani and Judiciary chief Ayatollah Amoli Larijani, will review the package and make necessary decisions on its implementation.

Tehran has been going through alarming levels of air pollution for the past week, coming to a head in a 5.2 earthquake on Wednesday that caused even more room for concern about the capital’s level of preparedness in the face of such crises.

Tehran is sitting on about 30 fault lines from north to the south. An earthquake that would activate any of these fault lines is feared to leave devastating damage on the capital’s infrastructure and cause horrendous death and destruction.