A Look at Iranian Newspaper Front Pages on December 23

Iran Front Page- IFP has taken a look at the front pages of Iranian newspapers on Saturday, December 23, and picked headlines from 16 of them. IFP has simply translated the headlines and does not vouch for their accuracy.

The top story in almost all Iranian newspapers was the 5.2-magnitude earthquake that his Tehran and Alborz provinces on Wednesday night. Several reports and opinion pieces were published today on the insufficient preparedness for dealing with such an incident in Tehran.

The other major story in today’s papers was the UN General Assembly’s unanimous vote for a Resolution that urges the US administration to withdraw its controversial decision on Jerusalem al-Quds.

2- Shock of Earthquake to Tehran 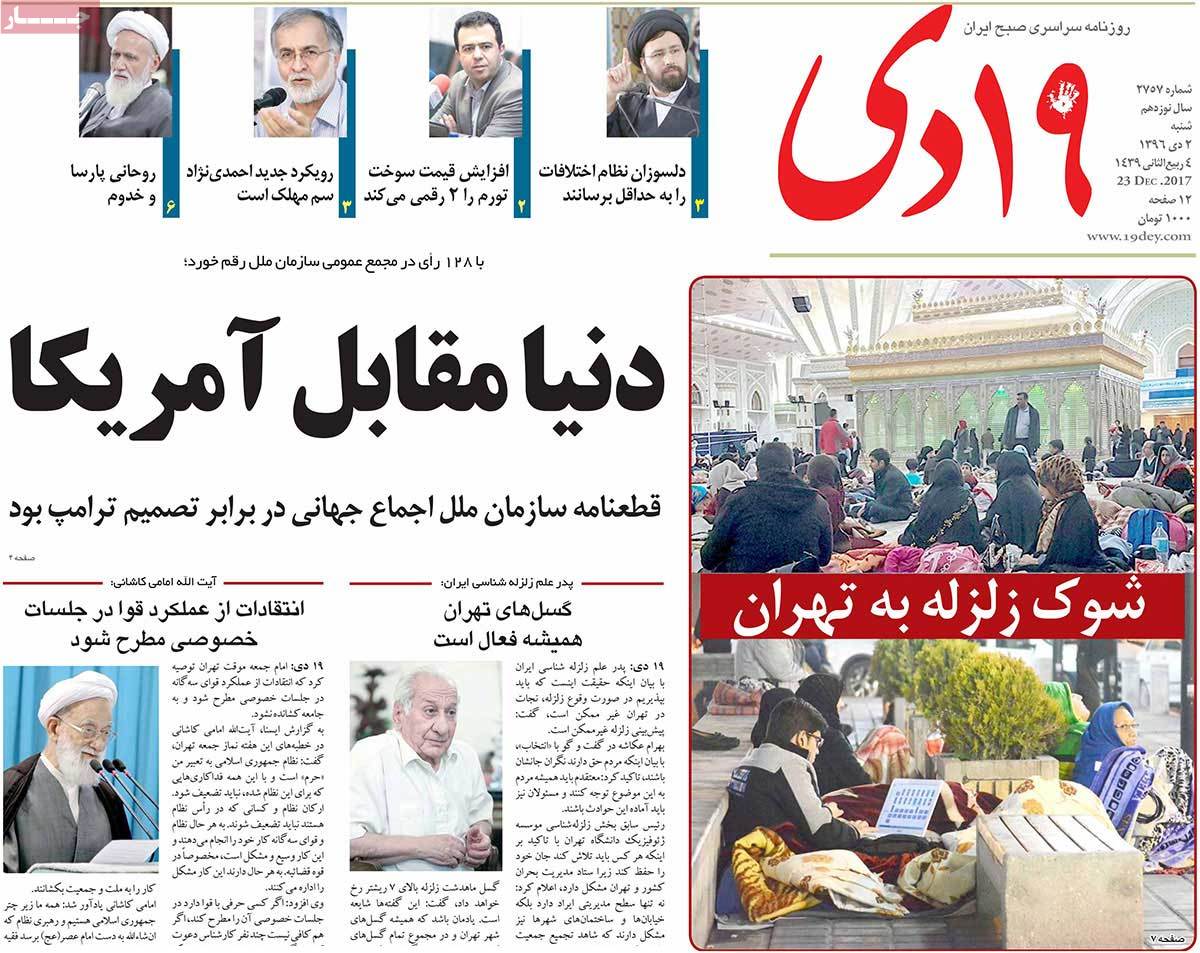 1- Letter of US Intelligence Experts to Trump: Iran Not Supporting Terrorism

2- Saudi Arabia: We Want to Enrich Uranium as Iran Does 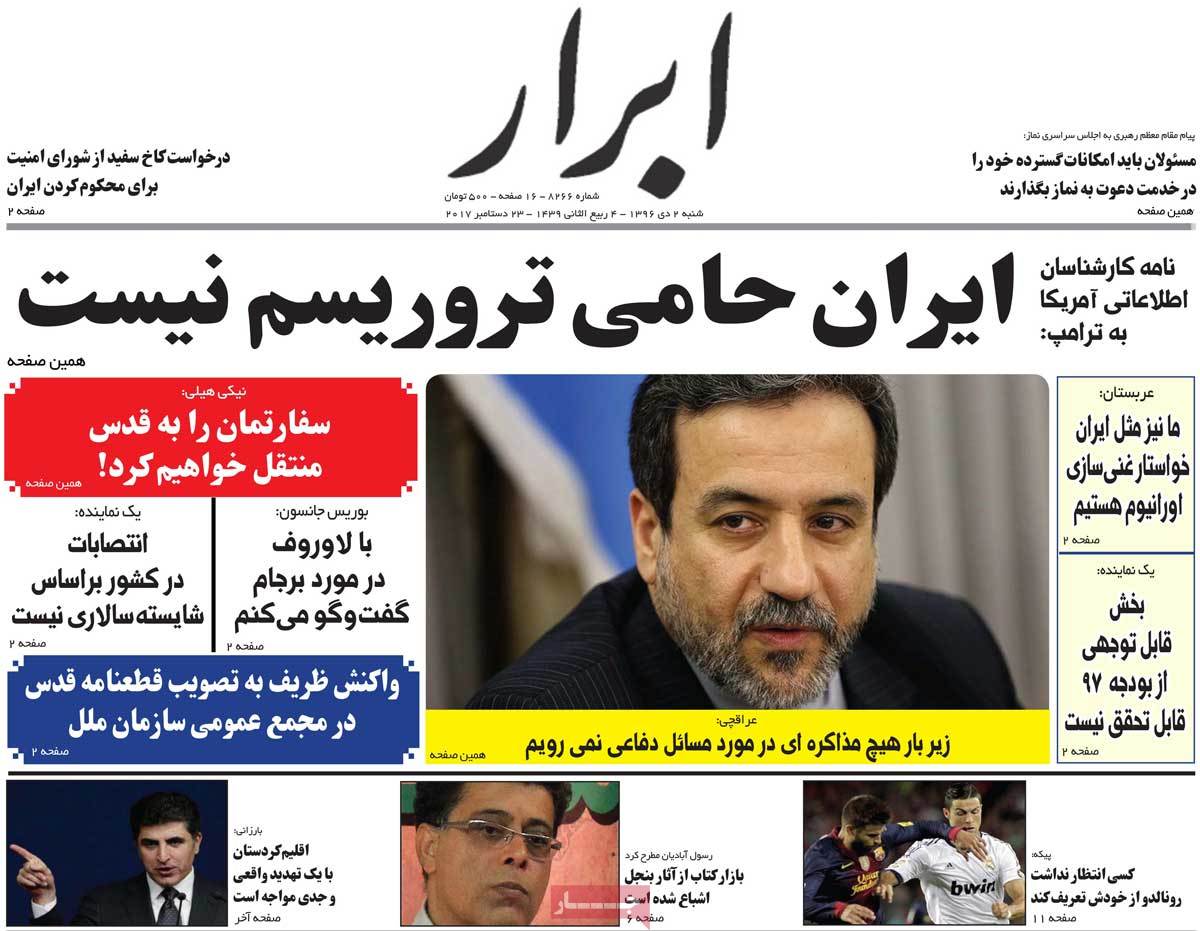 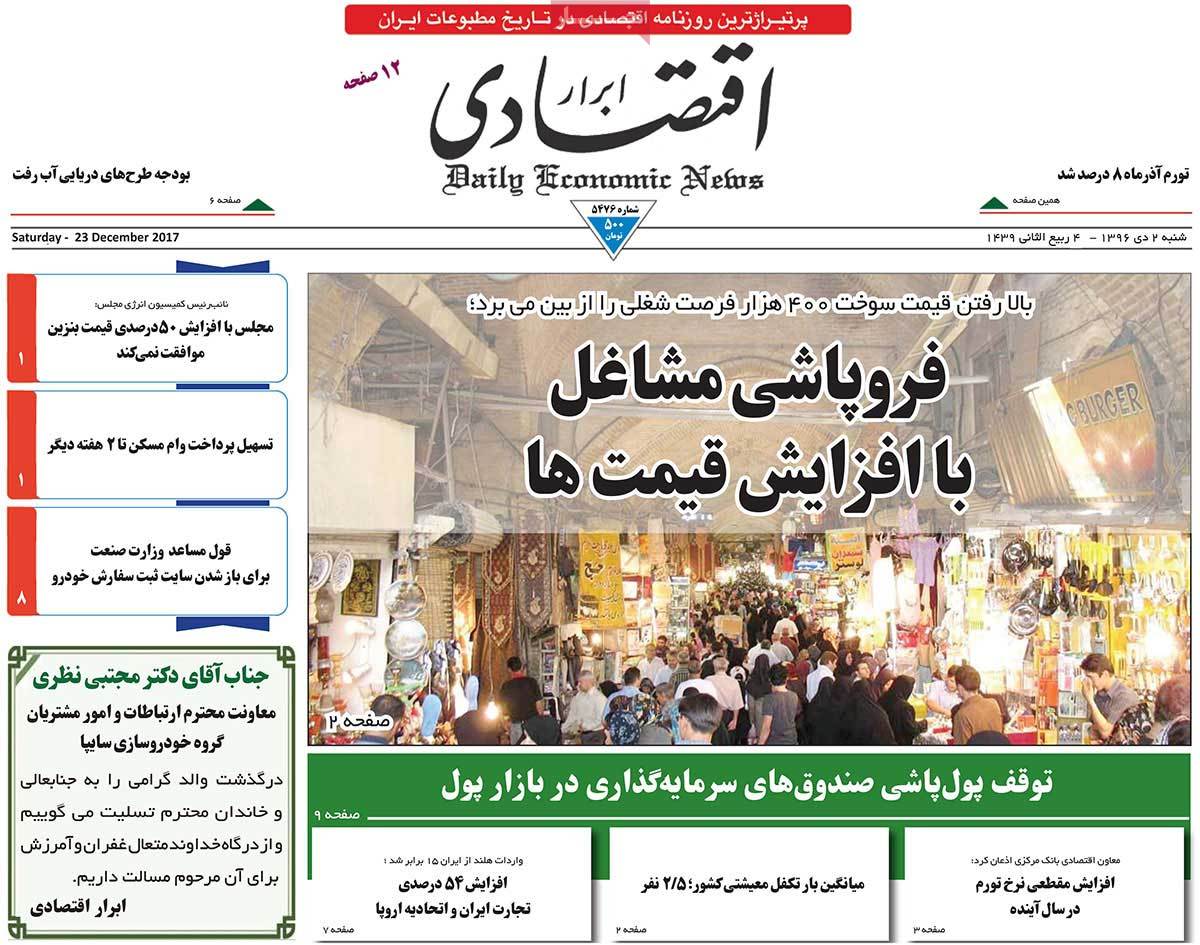 1- How Desperate We Are: A Report on People’s Behaviour after Tehran Quake

2- Playing with Paris’ Card: Why We Should Welcome French FM’s Imminent Visit to Tehran 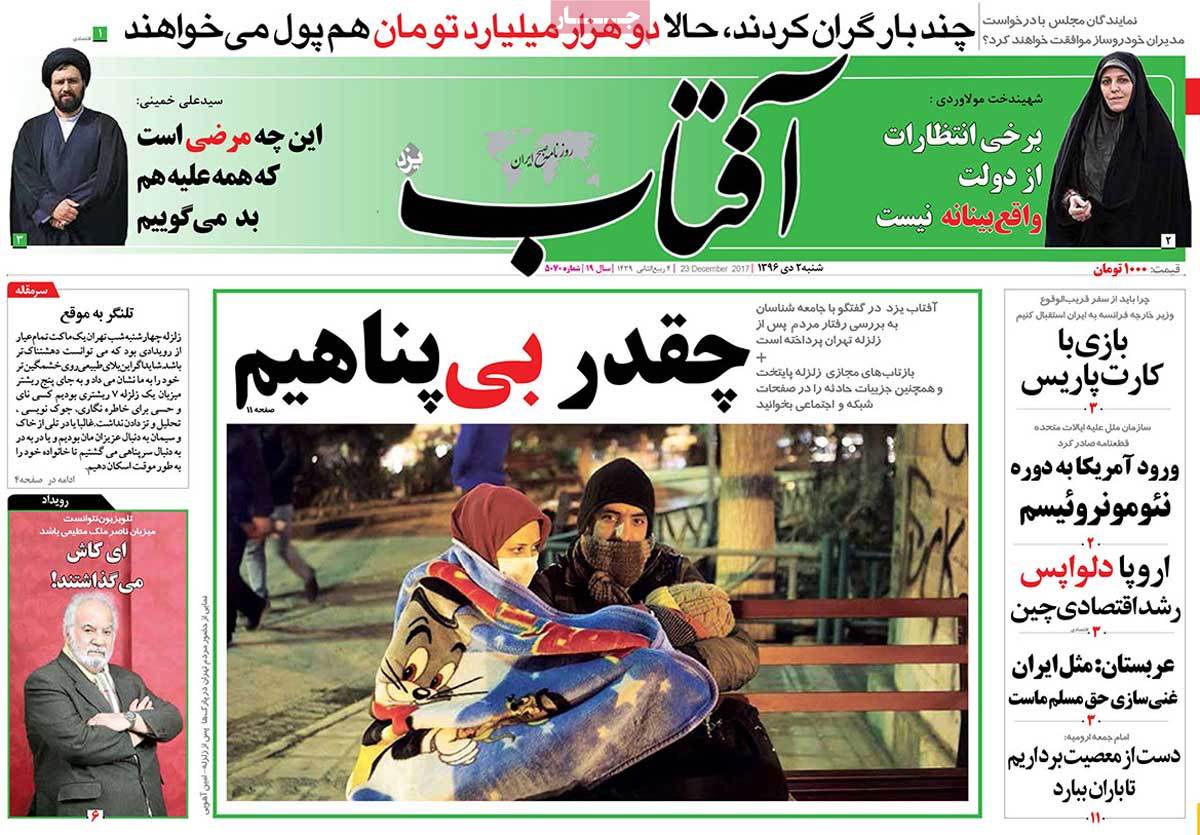 2- Stopping Support of Rouhani to Distance Us from Democracy: Zibakalam 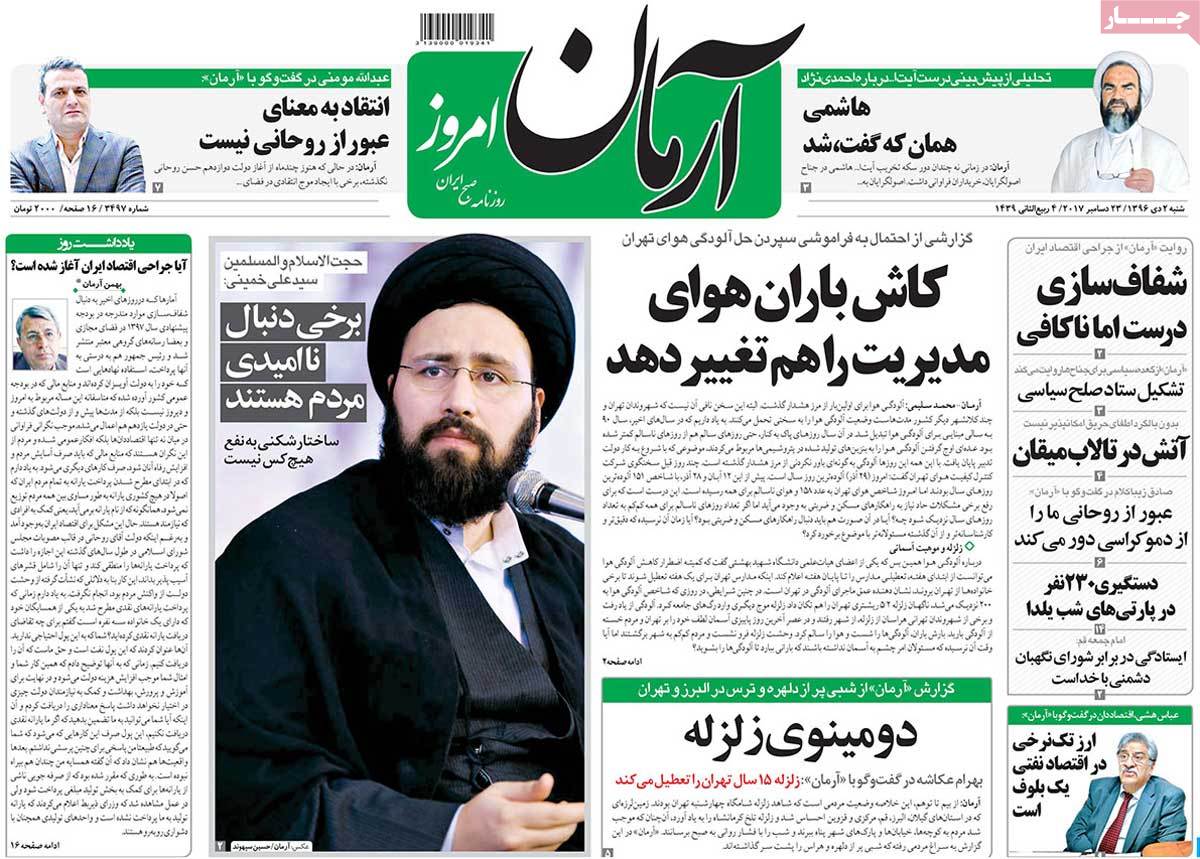 2- Escaping Tehran! A Review of Ways to Decrease Possible Damages of Tehran Quake 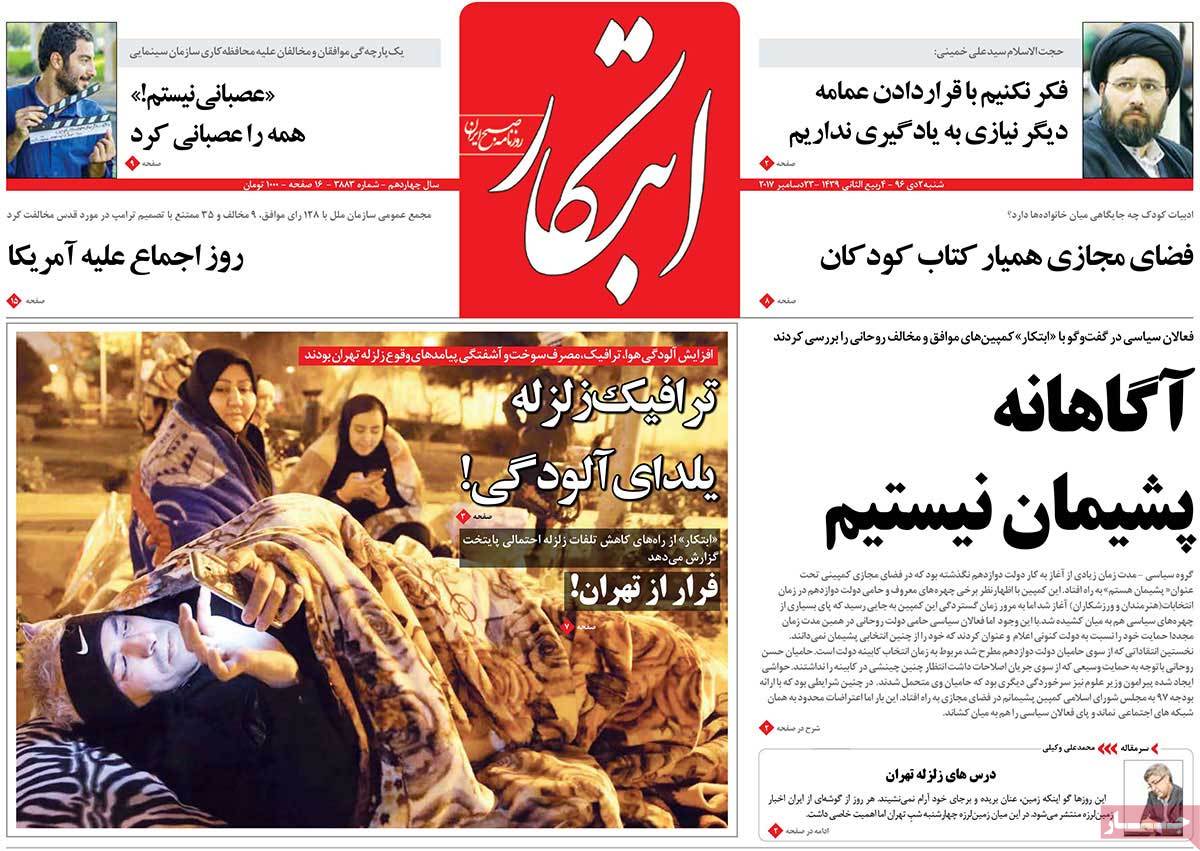 1- Problems of Generals: Have Strengths of Rouhani’s Gov’t Turned into Its Weak Points? 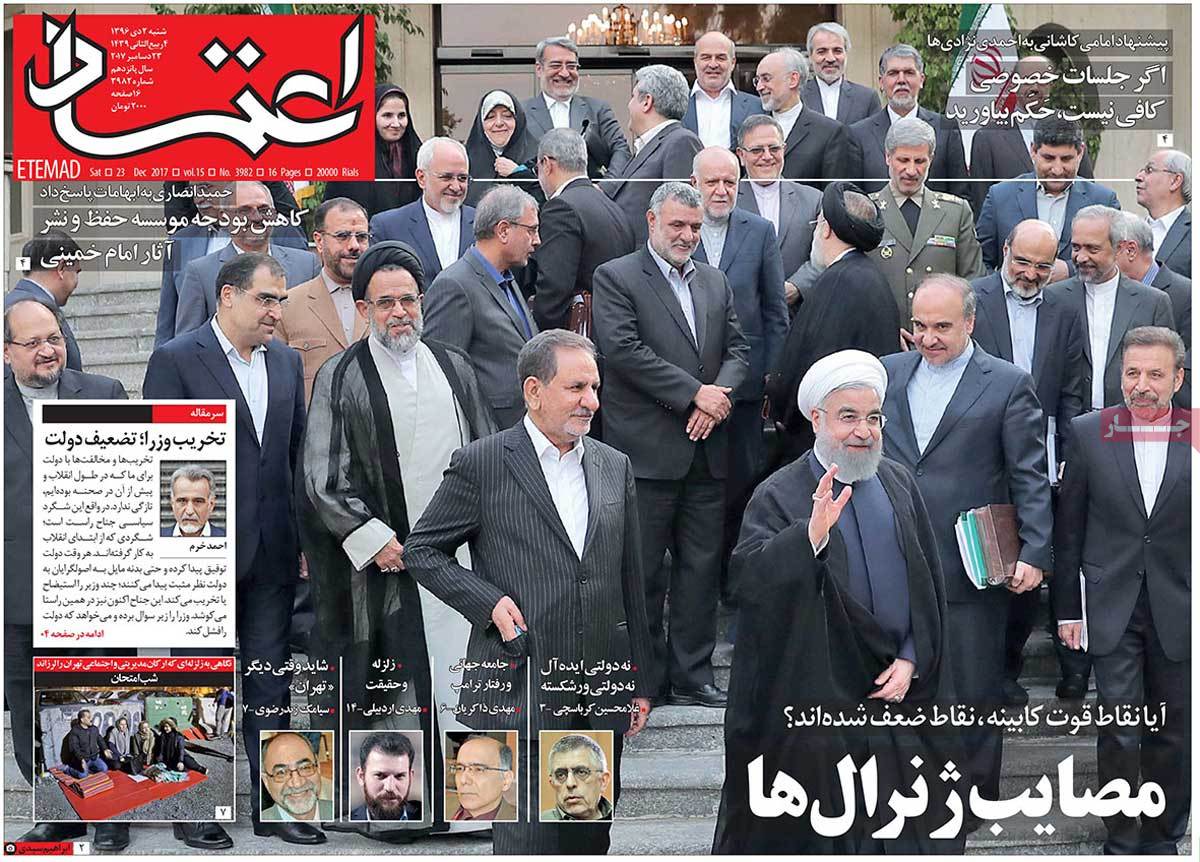 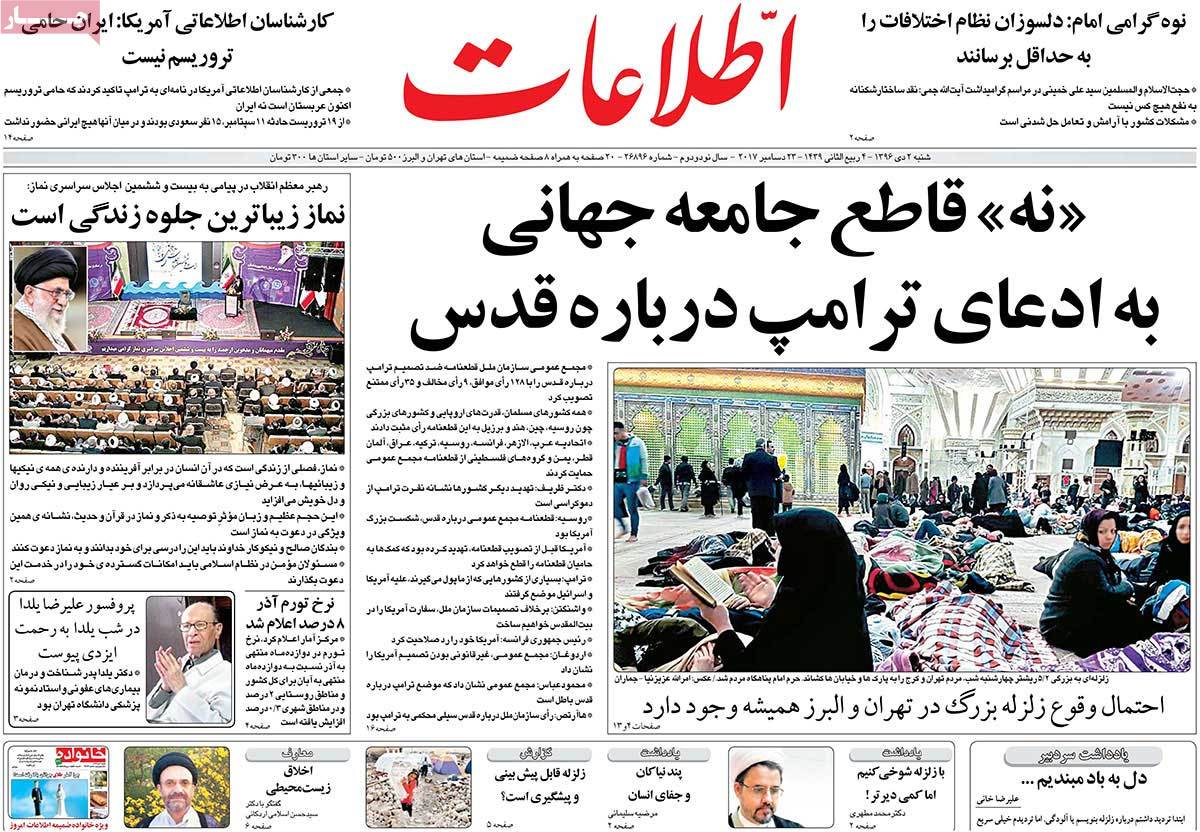 2- Unprecedented Unity of 128 Countries against US 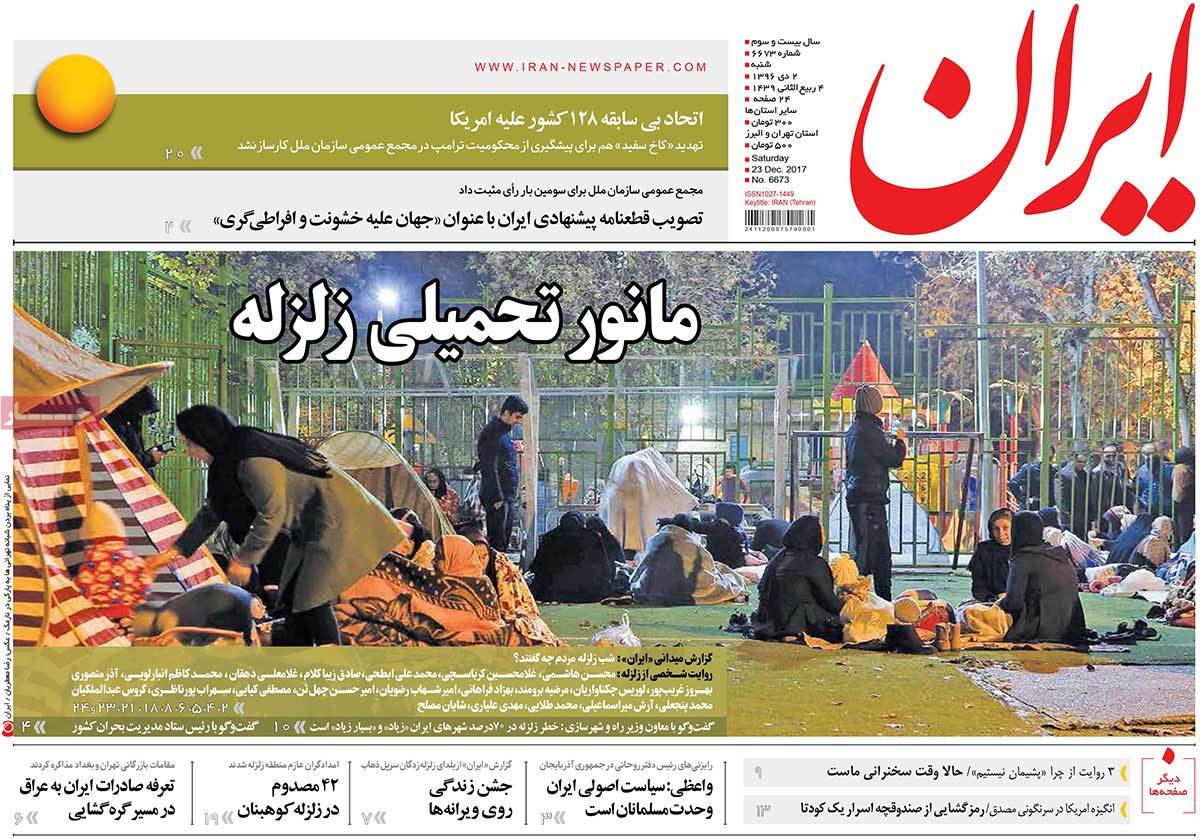 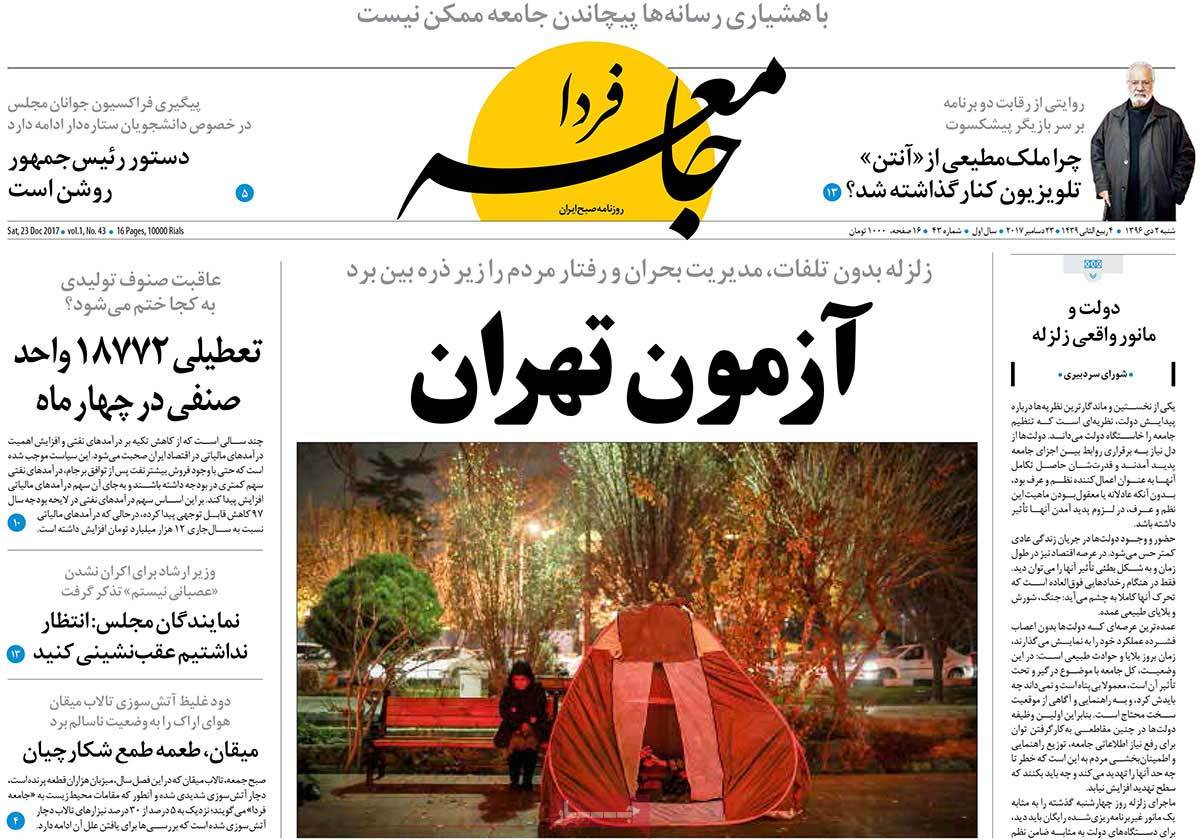 2- They Impose Sanctions on Palestine to Force It into Accepting ‘Deal of Century’: Islamic Jihad 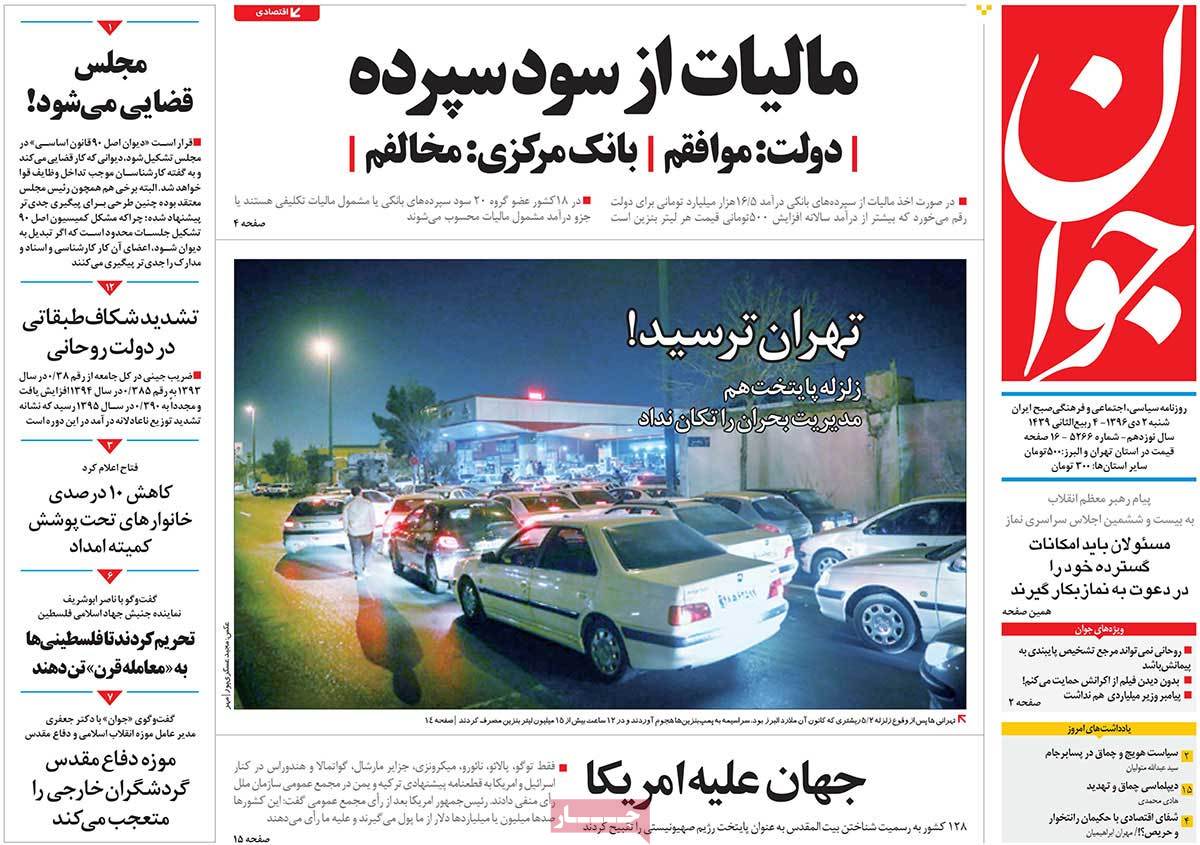 1- Story of al-Quds Made US Isolated in the World 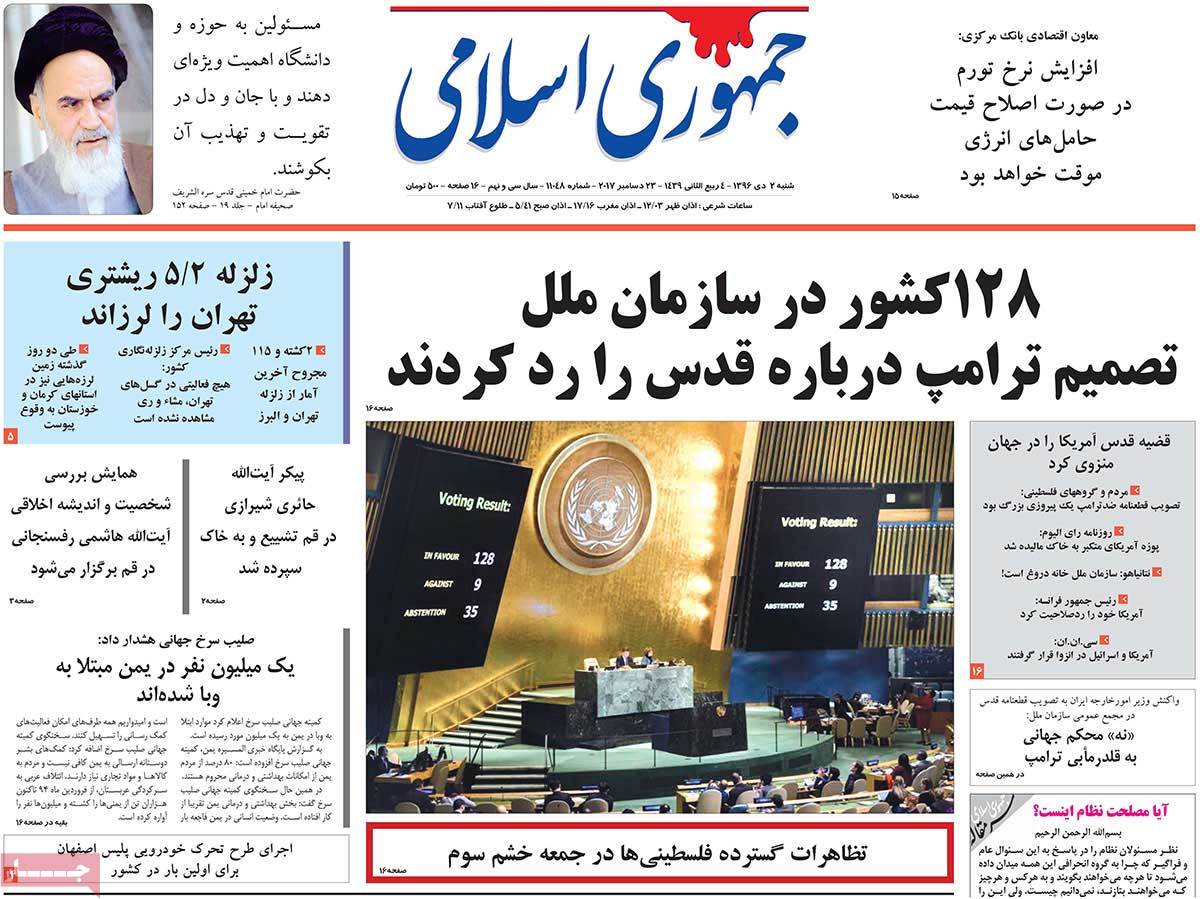 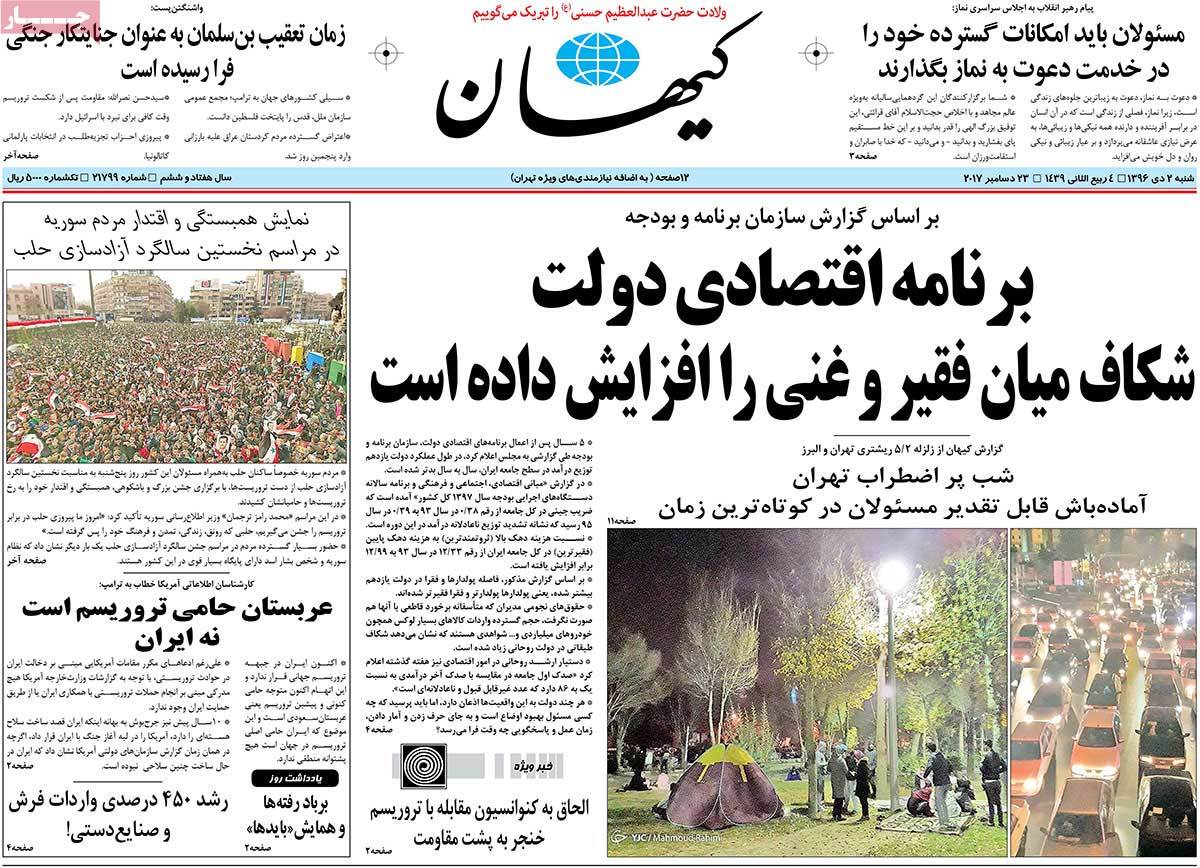 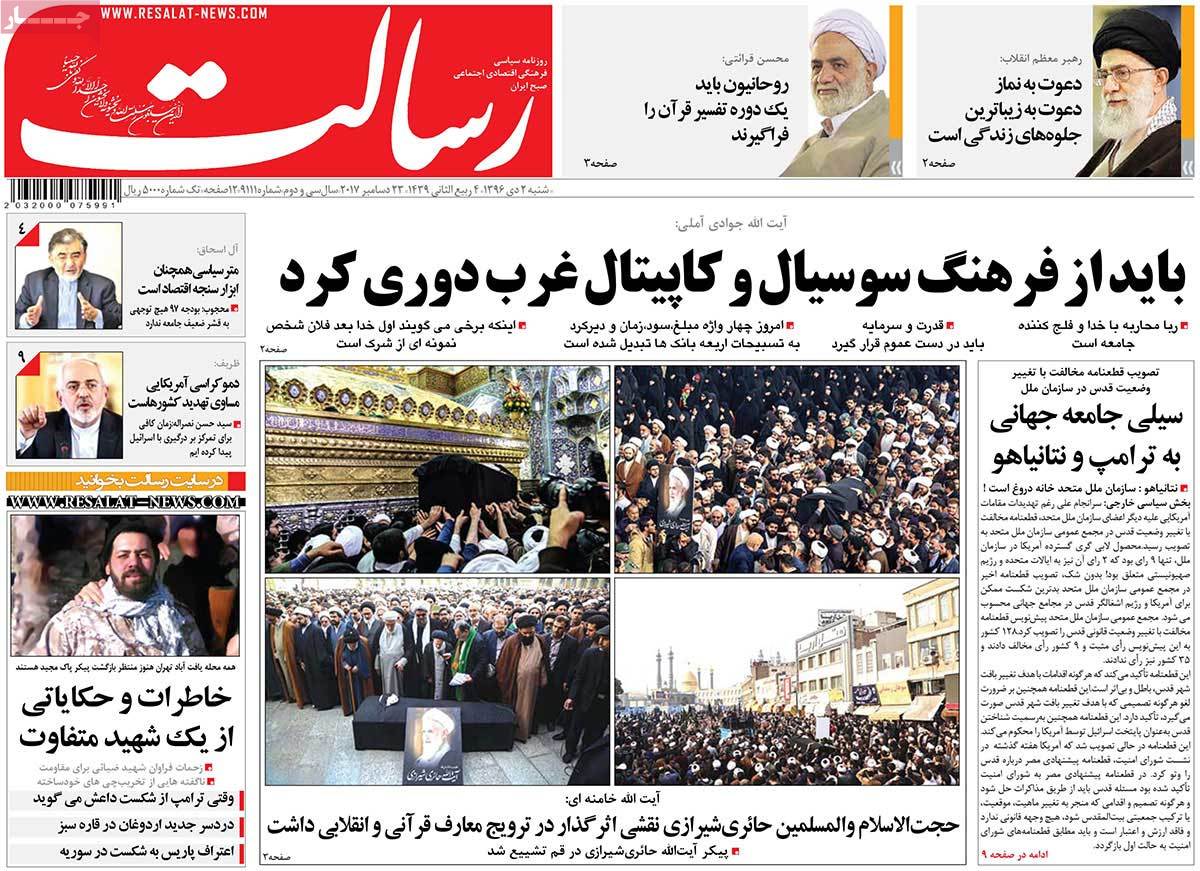 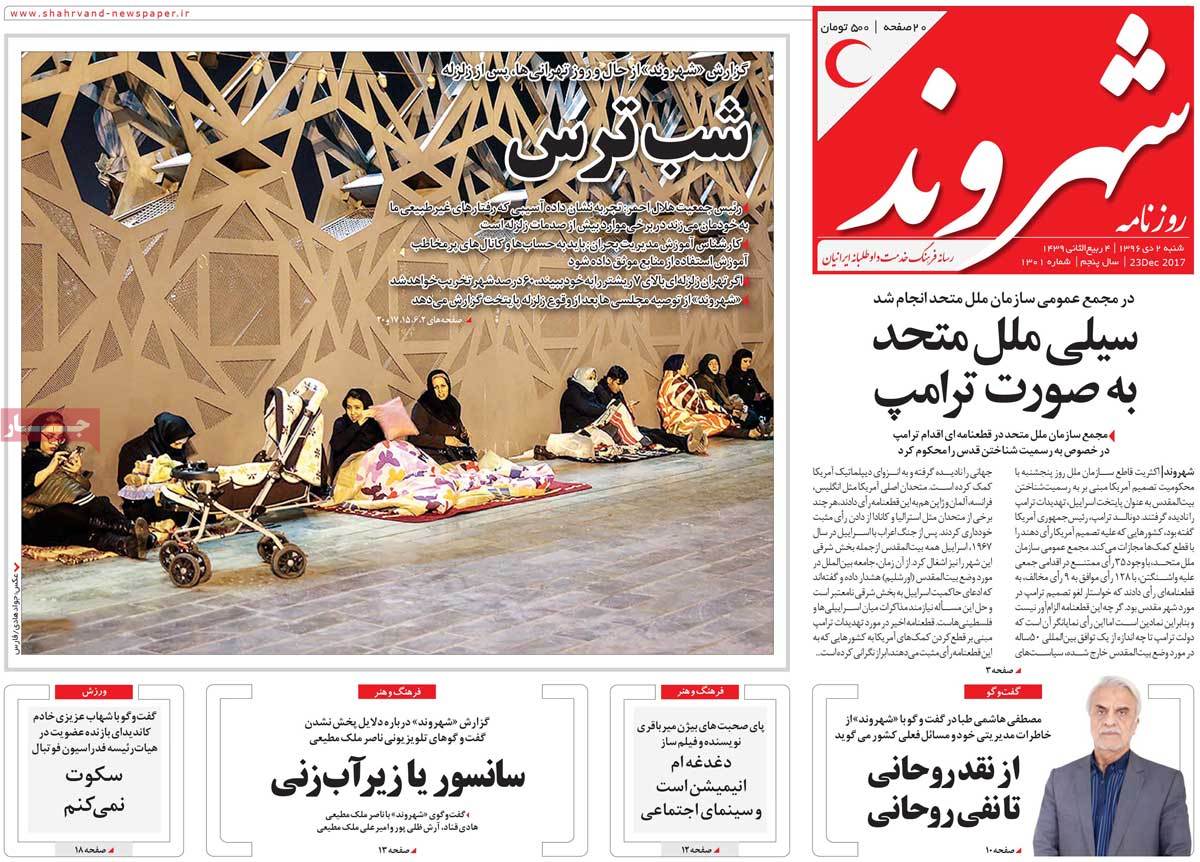 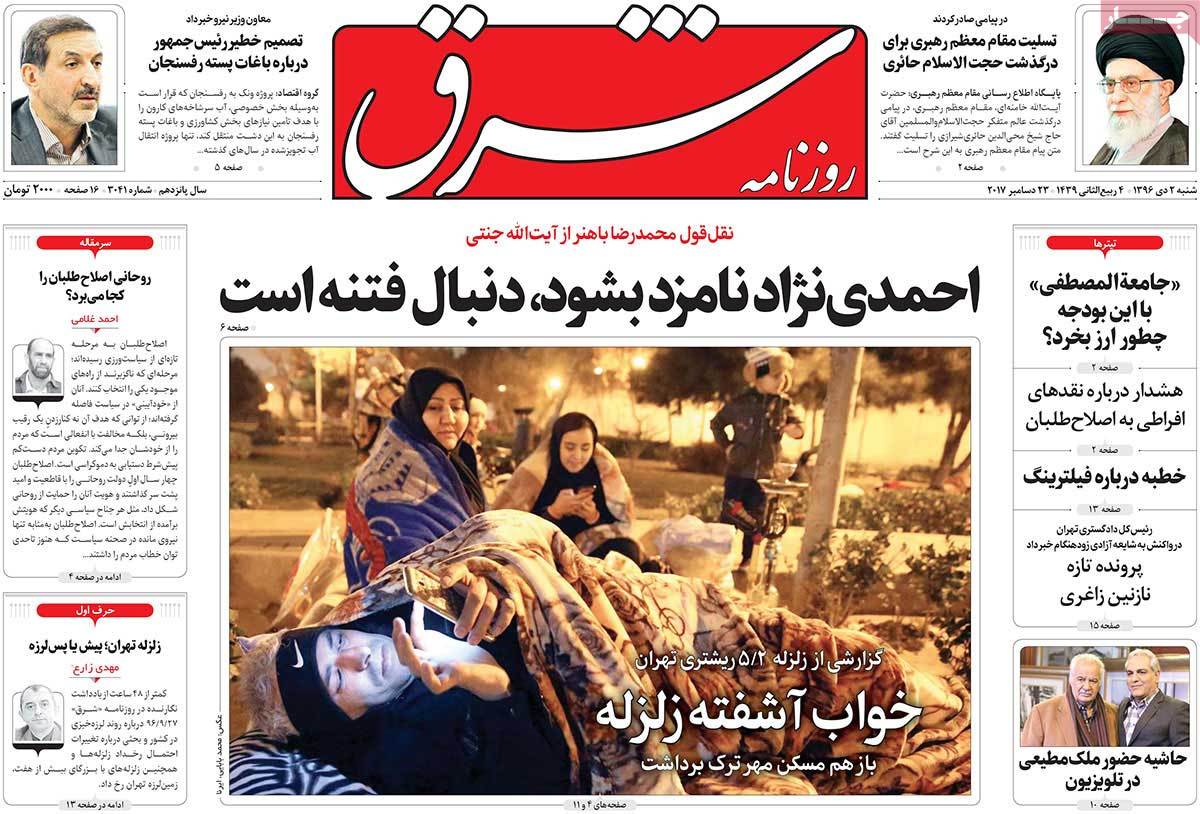