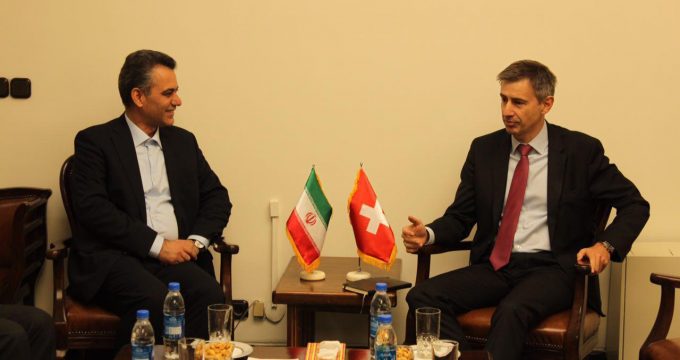 Chief of staff of Iran’s president Mahmoud Vaezi said on Friday that Iran-Azerbaijan joint economic commission will be held in mid-January in Tehran, noting that the two countries’ economic ties experienced a 40-percent surge in 2017.

Iran will receive 2 more ATR airplanes on Friday, bringing the number of ATR72 delivered to Iran by the western company to 8, a source in Iran Air told Mehr News Agency on Friday.

The British Museum is to open an exhibition at the National Iranian Museum to showcase its artefacts.

Larijani: ‘ISIL terrorists of migratory nature, able to propagate to other countries’

Iran’s Parliament Speaker Ali Larijani said “despite ISIL defeat, terrorism is not finished in the region, adding it has a migratory nature, propagating to other places.”

Iranian Industry Minister Shariatmadari has reported on absorbing of foreign investment worth two billion dollars for the country’s Small and Medium Enterprises (SMEs).

Russia, Turkey and Iran agreed Friday to hold a peace congress for Syria in Russia’s Black Sea resort of Sochi in late January after previous attempts to hold a conference collapsed.