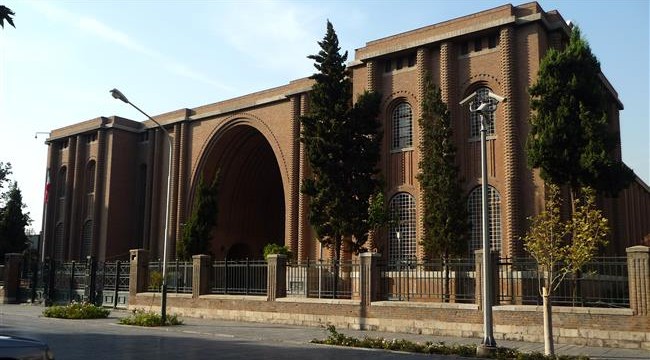 IFP – The British Museum is to open an exhibition at the National Iranian Museum to showcase its artefacts.

Director of the British Museum Hartwig Fischer says the body is prepared to hold an exhibition of its antiquities at the National Iranian Museum.

He made the comment while touring the Ancient Iran Museum, the Islamic Era Museum and an exhibition named “Armenia and Iran, the Memory of a Homeland” in Tehran.

While touring the museums, Fischer said he did not expect to see such a treasure trove at the museums. He said he was impressed by the richness and variety of styles of art and antique items dating back to different epochs.

According to a Farsi report by Mehr, he said the British Museum would be interested to hold an exhibit showcasing its artefacts, and added the event will be the second exhibition to be held in Iran by the British Museum after the Cyrus Cylinder Exhibition.

Fischer also sat down with Director of the National Iranian Museum Jebreil Nokandeh. In the meeting, they discussed a whole range of issues, including various issues related to running museums, digital documentation methods, the establishment of data banks, field trips to familiarize students with museums, and so on and so forth.