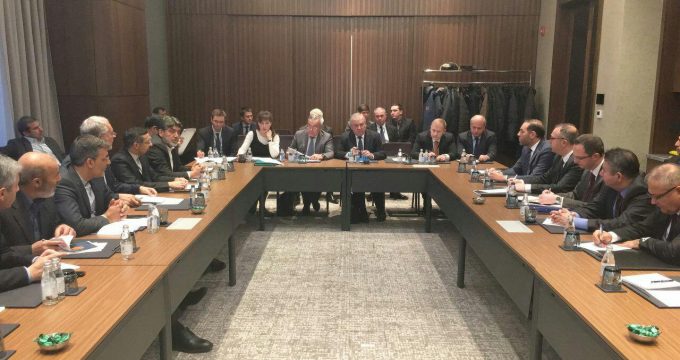 MNA– Iran deputy foreign minister announced In Astana on Friday that Iran, Turkey and Russia are finalizing three important documents relating to ‘exchange of detainees, abductees and bodies of the dead people,’ ‘humanitarian demining in Syria,’ and ‘final declaration of the Astana Summit.’

Iranian Deputy Foreign Minister for Arab and African Affairs Hossein Jaberi Ansari is chairing Iranian delegation in Kazakhstan to attend the ‘8th round of Astana meeting on Syria’ that kicked off earlier on Thursday.

Jaberi Ansari said that in addition to a date for the Syrian National Dialogue Congress, the three delegates have agreed on the provisions of three important documents relating to the ‘exchange of detainees, abductees and bodies of the dead’, ‘humanitarian demining in Syria’ and ‘the final declaration of the meeting of the Astana 8.’

The 8th round of inter-Syrian negotiations on the Syrian crisis opened on Thursday (December 21st) in Astana, capital of Kazakhstan. Representatives of three peace-guarantor countries – Iran, Turkey and Russia – are attending the talks.