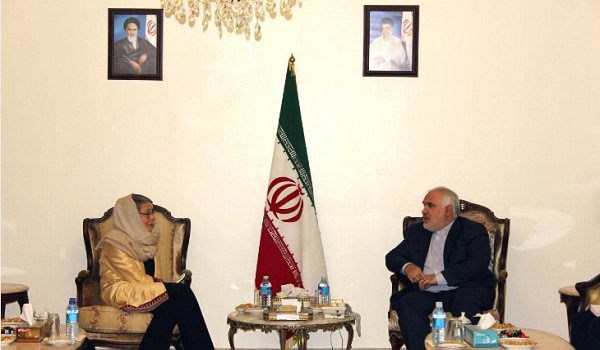 FNA- Iranian Ambassador to Beirut Mohammad Fathali and United Nations Coordinator for Lebanon Pernille Dahler Kardel in a meeting in the Lebanese capital discussed the latest developments of Lebanon.

During the meeting in Beirut on Friday, Fathali and Dahler Kardel underlined the need for maintaining stability and security in Lebanon.

Fathali described Israel and the terrorist groups as two main threats to Lebanon and the region, and said that Lebanon has been able to fend off threats through its national capacities, specially the “nation, army and resistance” triangle.

Dahler Kardel, for her part, appreciated Iran’s role in helping to restoration of peace and tranquility in Lebanon.

“Iran and Lebanon have the necessary potentials to expand their bilateral ties,” Larijani said in his congratulatory message on the occasion of anniversary of the liberation of South Lebanon from the Israeli occupation.

The Iranian parliament speaker called the victory over Zionist regime, the result of unity between the Lebanese people and government against the occupying forces.

After the Zionist regime attacked Lebanon in 1982 and occupied South of the country, the Lebanese government with the help of resistance movement led by Hezbollah managed to force the occupiers to withdraw and liberate southern Lebanon after 18 years.