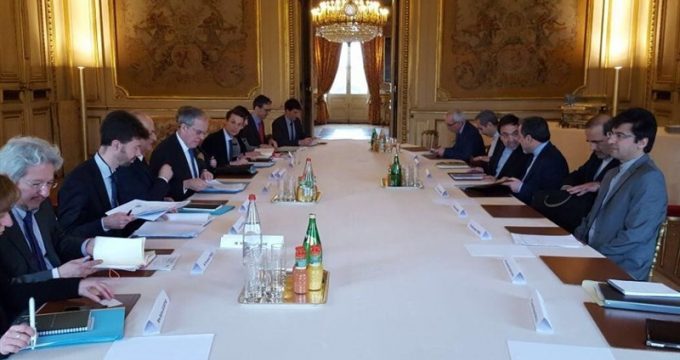 In the meeting in Paris on Wednesday, Araqchi and Gourdault-Montagne exchanged views about a range of issues, including ways to promote bilateral relations between Iran and France in diverse areas.

Araqchi pointed to the 2015 nuclear deal between Tehran and world powers, known as the Joint Comprehensive Plan of Action (JCPOA), stressing the need for all parties to the nuclear agreement to remain committed to their obligations under the JCPOA.

He also called on the European side to adopt a more transparent stance on the obstacles in the way of implementing the JCPOA and certain countries’ measures to undermine the deal.

The French diplomat, for his part, said his country backs the development of cooperation between French companies and the Islamic Republic.

Gourdault-Montagne also hailed a 250 percent increase in the volume of bilateral trade between the two countries over the past two years.

The fourth round of political talks between Iran and France was held within the framework of a Memorandum of Understanding (MoU) signed by Iranian ‎President Hassan Rouhani during his visit to France back in 2016. ‎

These negotiations, which are regularly held in Tehran and Paris every six months, are a mechanism ‎within which the two countries develop their bilateral relations in various political, economic and cultural ‎spheres.‎

Discussing regional and international issues, especially developments in the Persian Gulf and the Middle ‎East, were on the agenda of this round of the talks.‎