A Look at Iranian Newspaper Front Pages on December 20

Iran Front Page- IFP has taken a look at the front pages of Iranian newspapers on Wednesday, December 20, and picked headlines from 13 of them. IFP has simply translated the headlines and does not vouch for their accuracy.

The top story in all newspapers today was the remarks made by Iranian President Hassan Rouhani in the first national conference on citizens’ rights.

Conservative and economic papers mostly focused on Rouhani’s comments about the increase in fuel prices and his reaction to the criticisms against his government, while reformist papers mostly covered his remarks about citizens’ rights and freedom of expression. 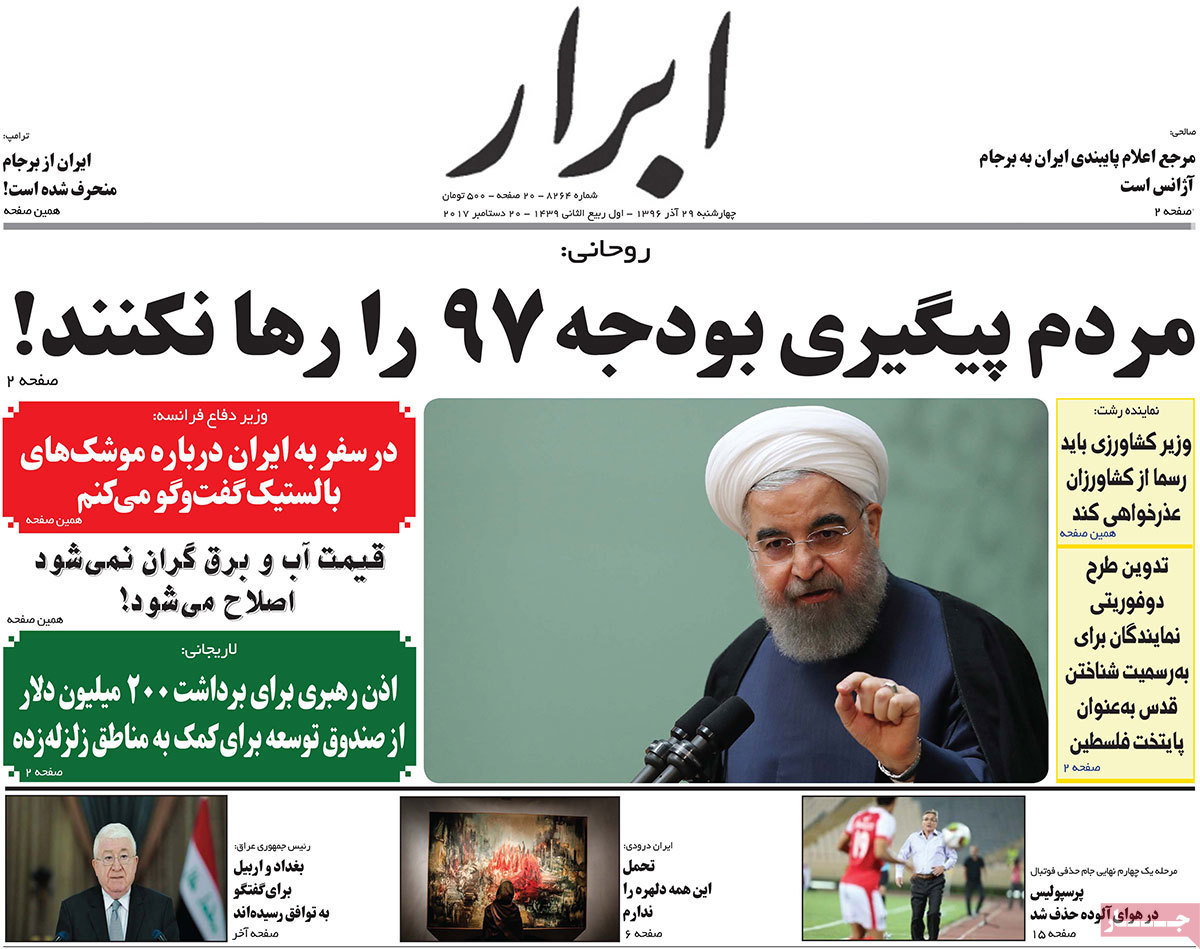 1- Rouhani to People: Price of Nothing Will Be Raised Unless You Accept It! 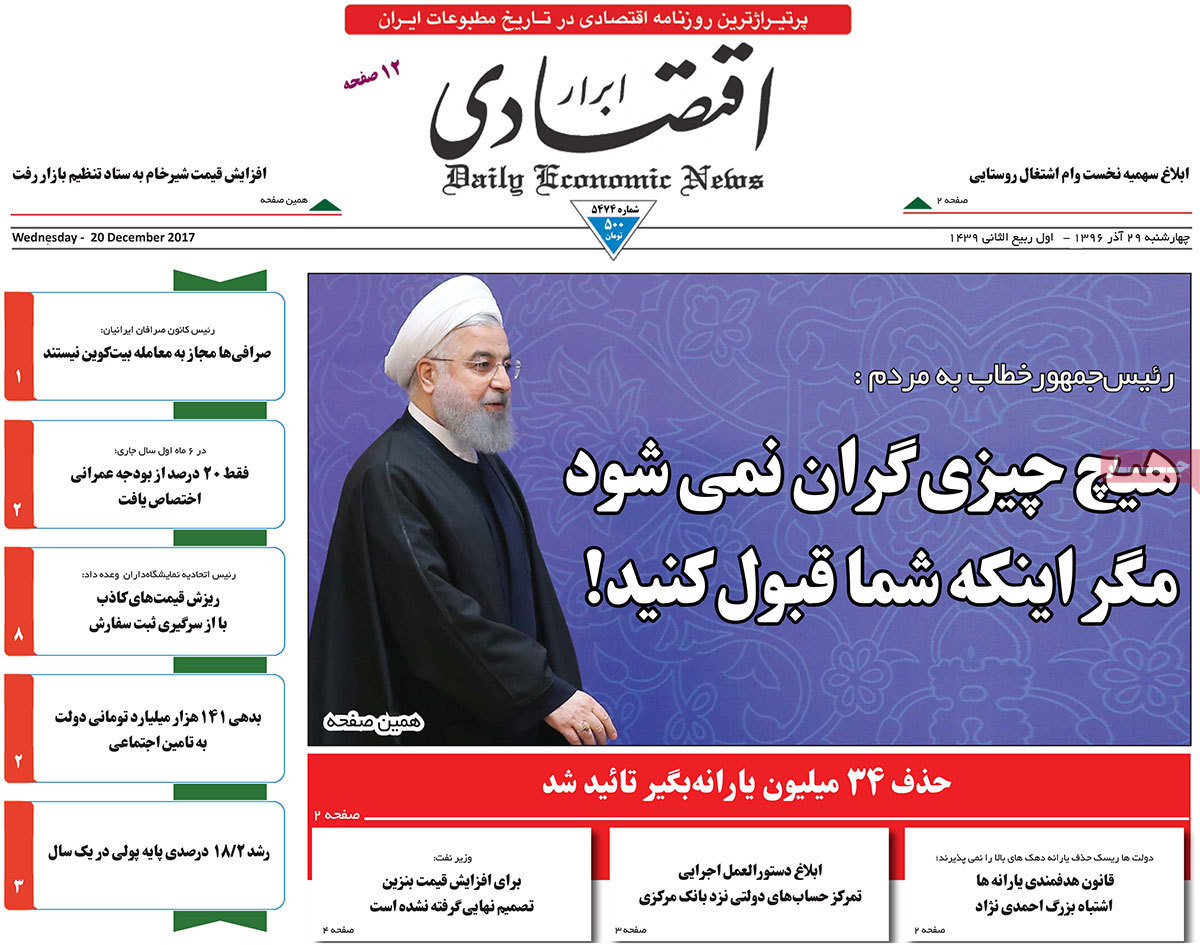 1- Shamkhani: Problem of Those under House Arrest Being Resolved

2- Turkey Exporting Cars to Germany, US 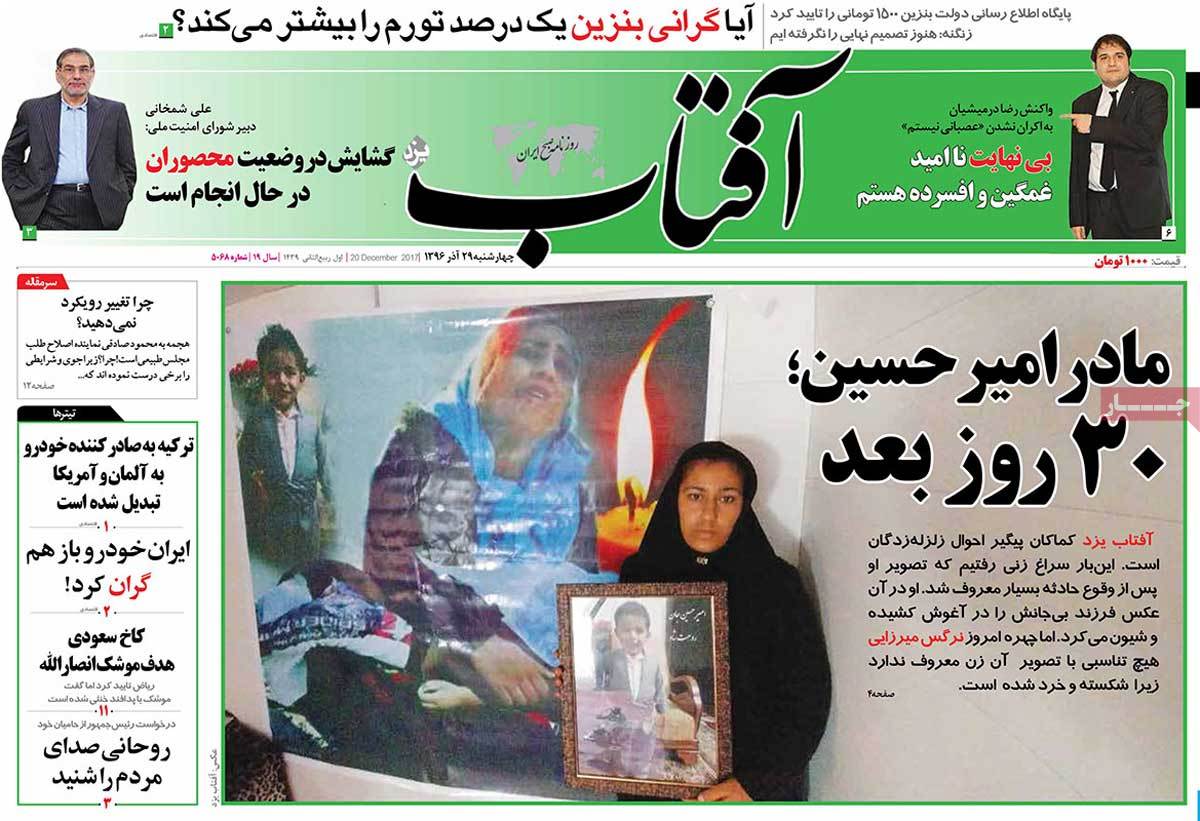 1- Rouhani: Eavesdropping Was Not What Prophet Muhammad Would Do! 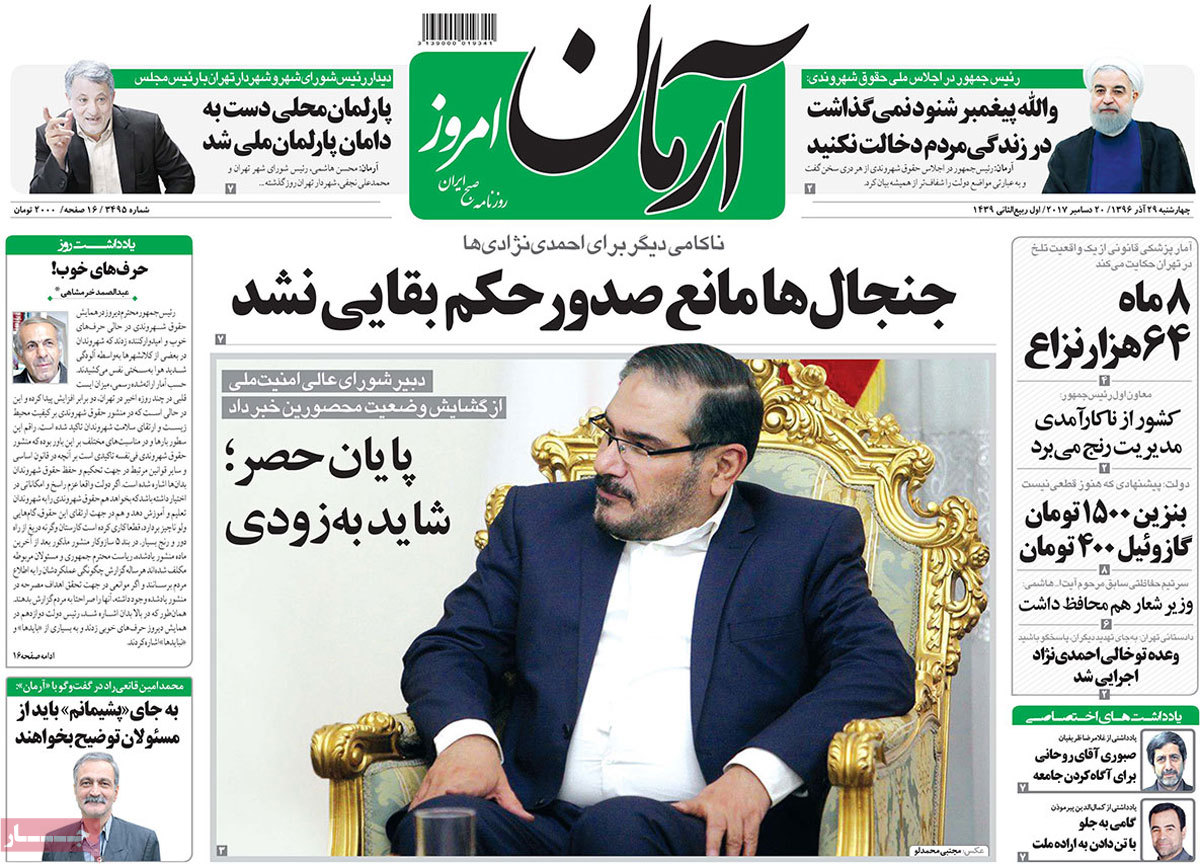 1- Rouhani: People Are Free, Everyone Should Know What’s Going on 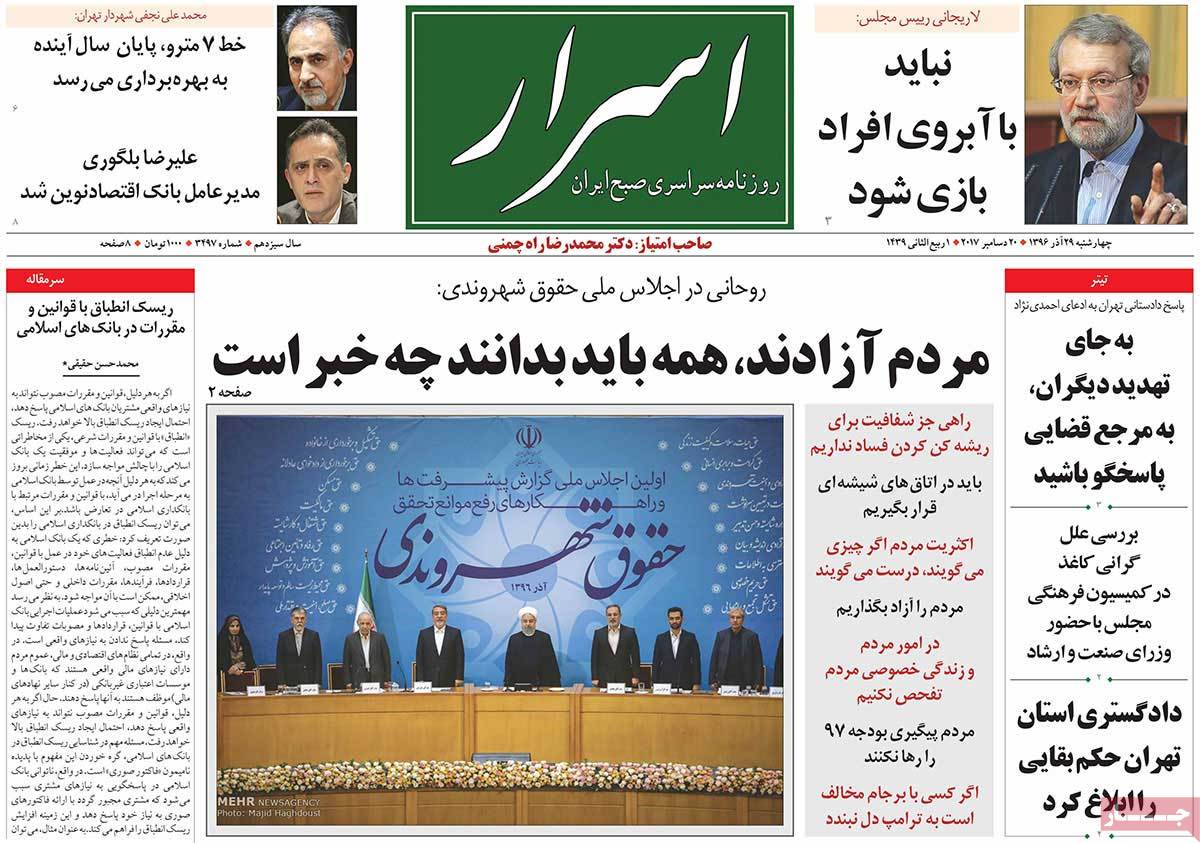 1- Rouhani: We All Should Work in Transparent Rooms in Order to Fight Corruption 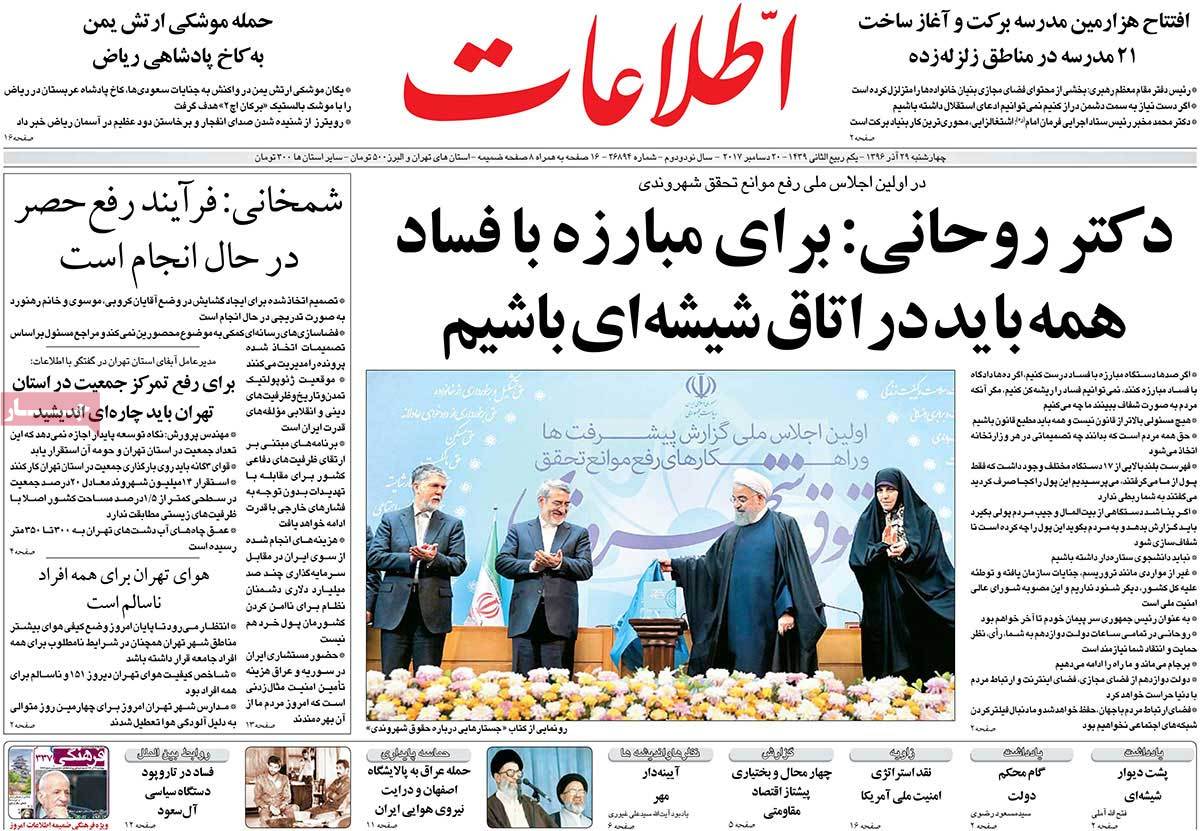 1- Rouhani: People Have Every Right to Criticize Gov’t 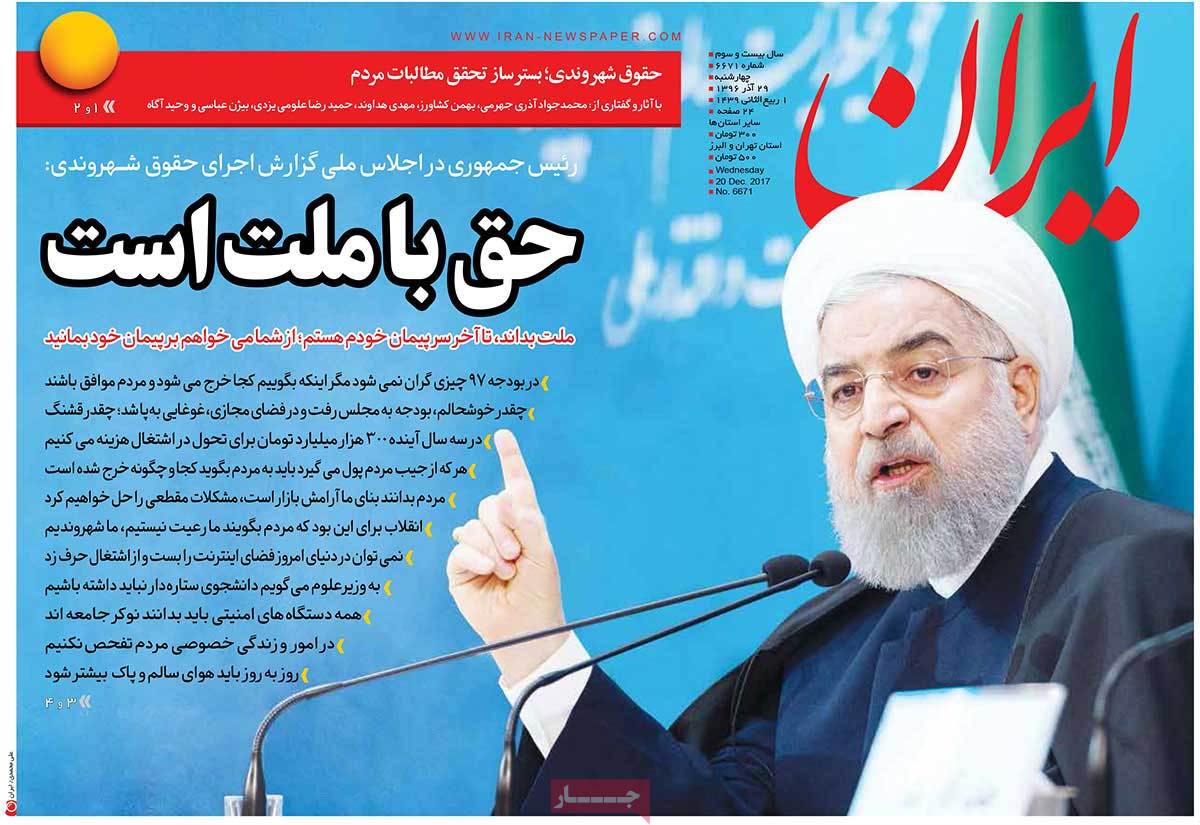 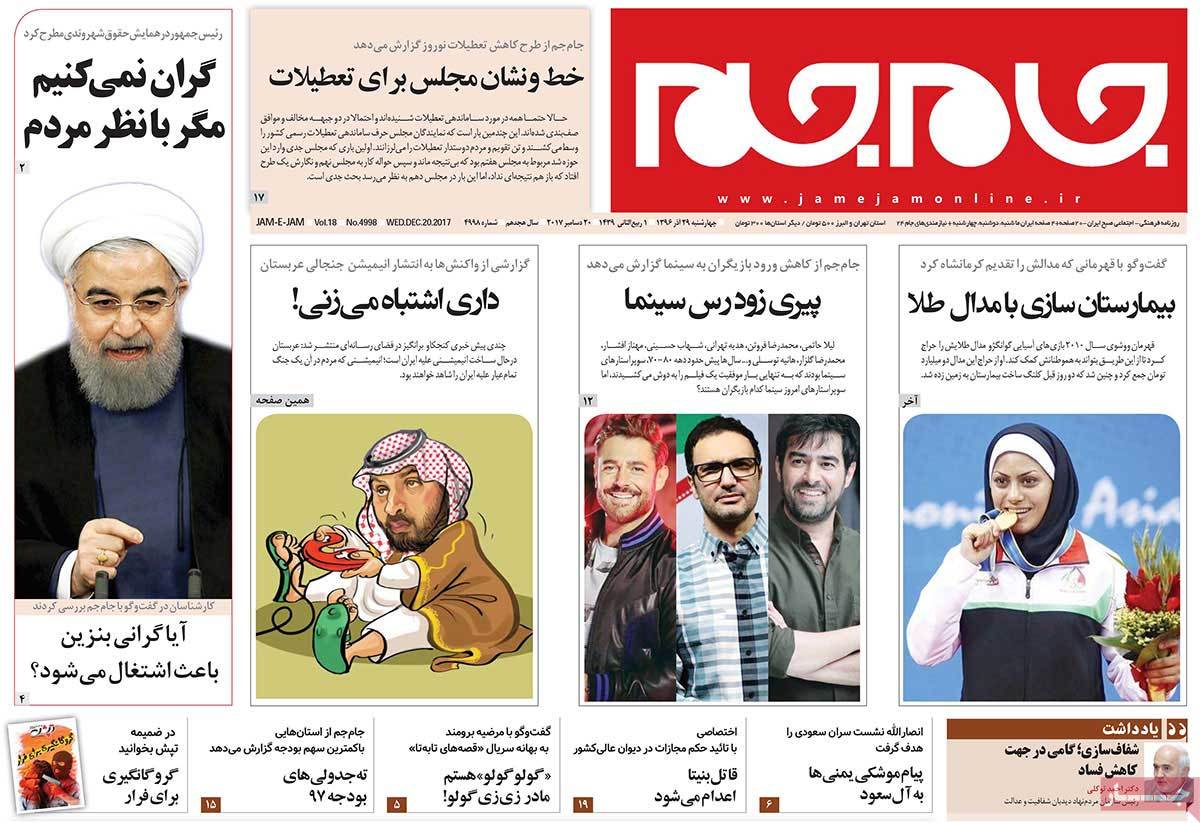 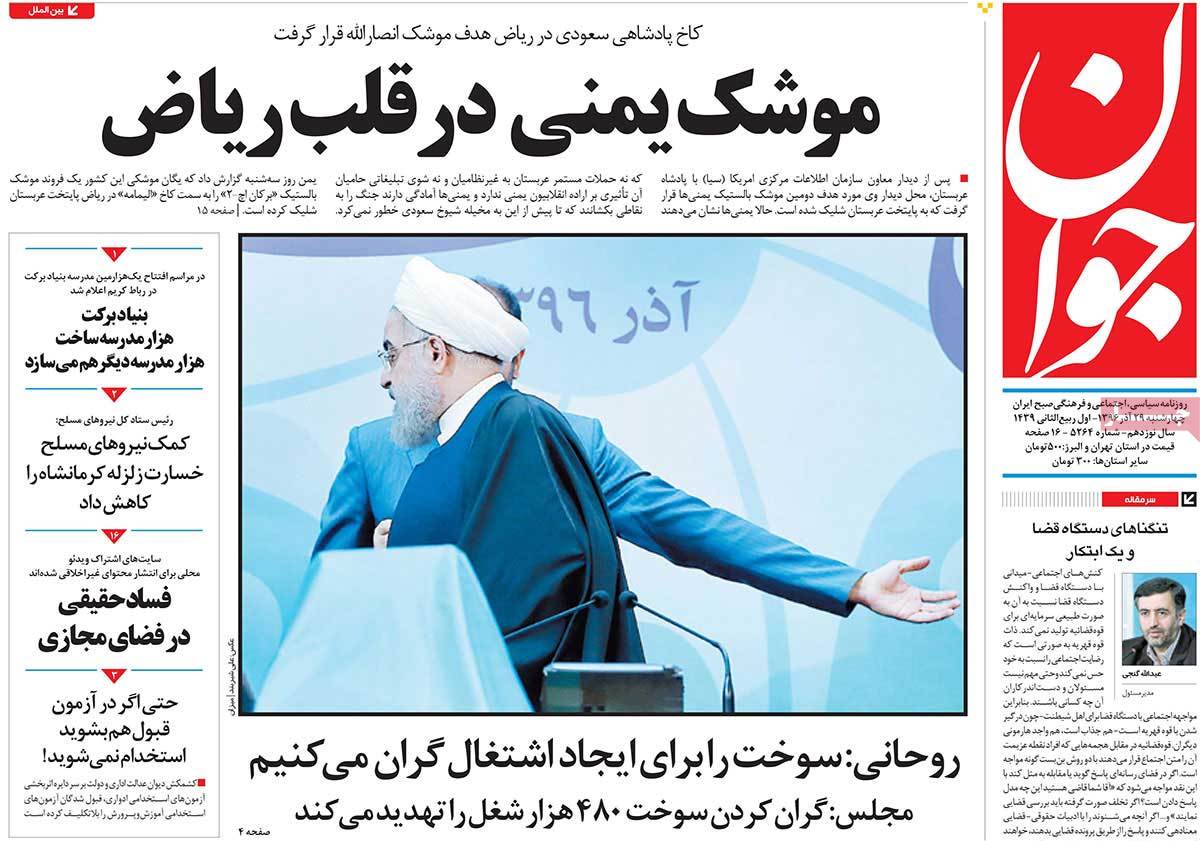 1- Rouhani Calls for Accountability of Those Who Receive State Budget 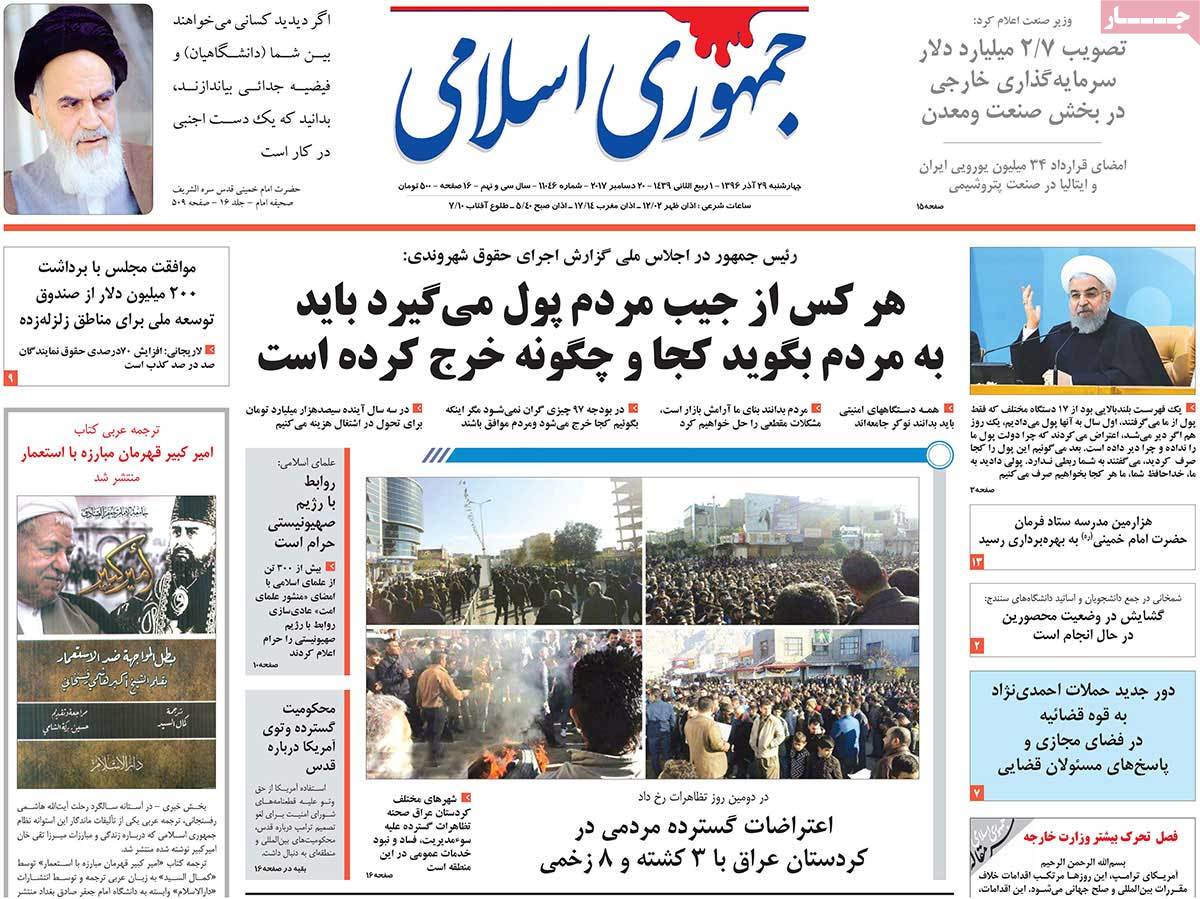 3- Assad: France Supports Terrorists, Not Allowed to Talk of Peace 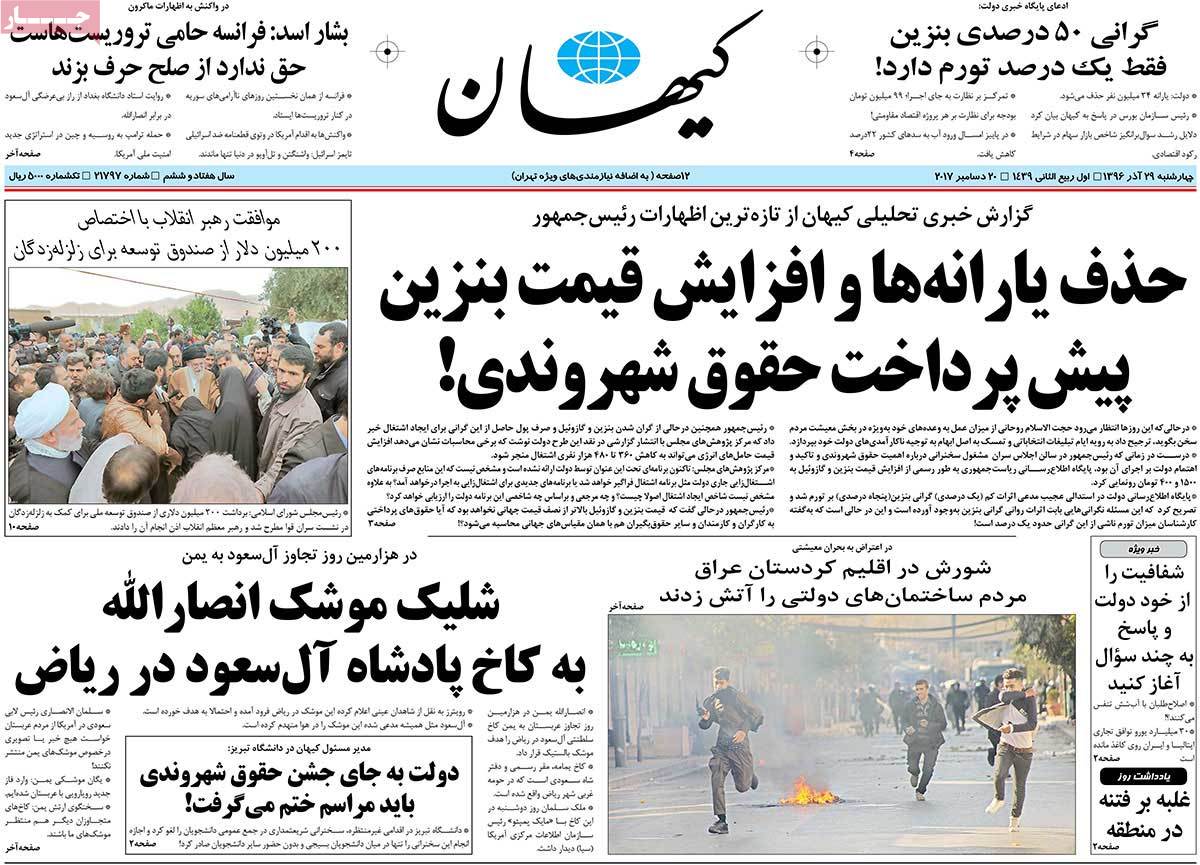 1- Rouhani: Increased Petrol Price Not to Exceed Half of Global Price 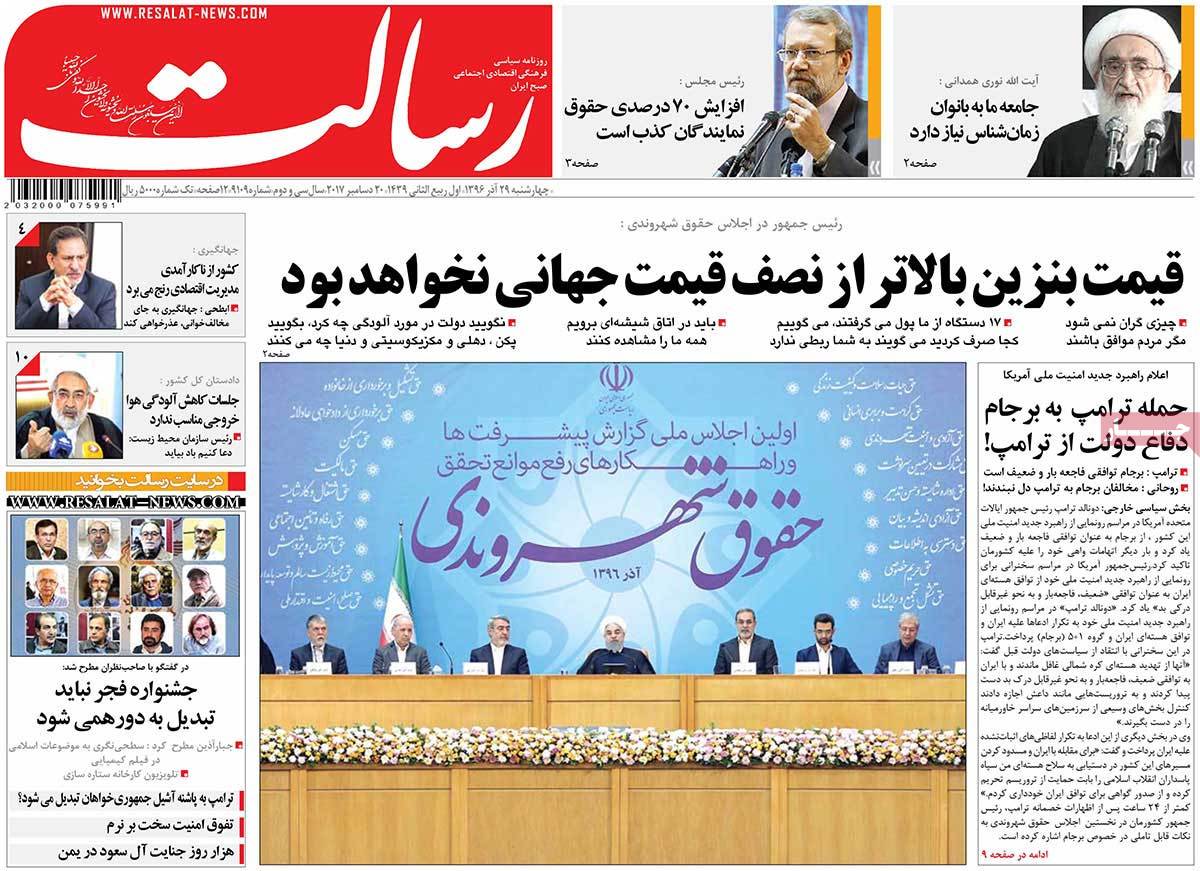 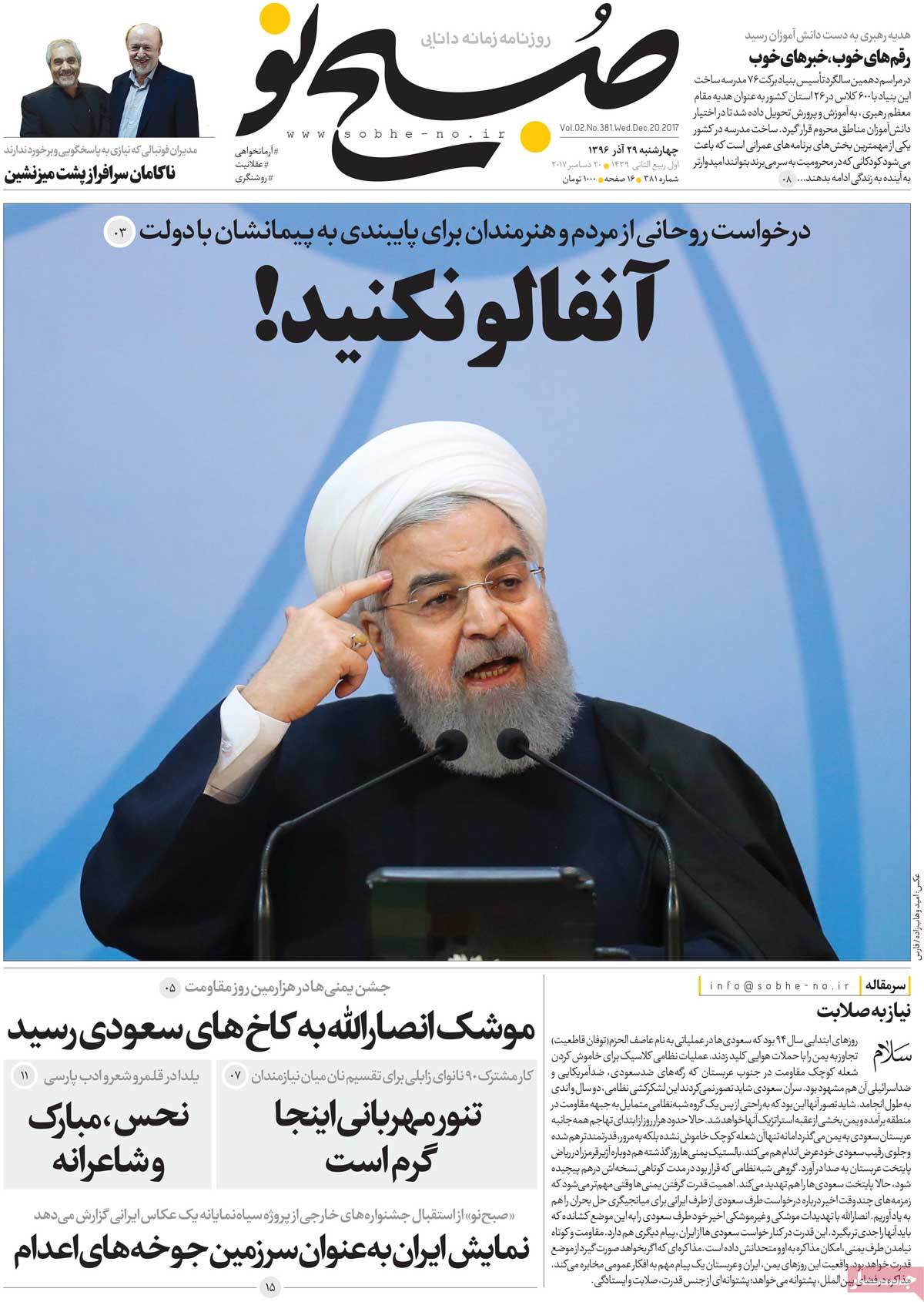