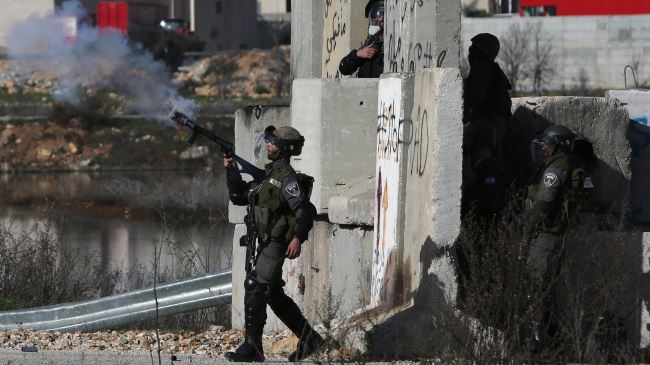 Press TV- Palestinian protesters have clashed with Israeli forces in the occupied West Bank amid mounting anger over Washington’s recognition of Jerusalem al-Quds as Israel’s “capital.”

The skirmishes erupted after Israeli forces stormed the Beit Furik town on the outskirt of Nablus early on Tuesday.

Several Palestinians were wounded, with one of them sustaining a serious injury to the head after Israeli forces fired live munitions at the protesters.

Similar protest rallies were also held in north of the Gaza Strip, where Israeli forces opened fire on the protesters.

A video tape shows Israeli soldiers taking the girl away.

Israeli troops were also caught on camera detaining a teenage boy in Salwad town east of the city of Ramallah.

According to PPS, Israeli forces have detained 450 Palestinians, including 138 minors, and nine women since December 6, when US President Donald Trump said Washington was recognizing Jerusalem al-Quds as the “capital” of Israel/

At least 10 Palestinians have been killed and more than 3,400 injured since December 6.