A Look at Iranian Newspaper Front Pages on December 19

Iran Front Page- IFP has taken a look at the front pages of Iranian newspapers on Tuesday, December 19, and picked headlines from 14 of them. IFP has simply translated the headlines and does not vouch for their accuracy.

The air pollution in major Iranian cities remained the top story in almost all newspapers today, as all schools have been shut down in several big cities including Tehran.

Both reformist and conservative papers covered the prosecutor general’s remarks about the involvement of certain officials and their families in the smuggling of goods into the country.

The US veto of a UN Security Council draft resolution against Trump’s decision on Jerusalem al-Quds also received great coverage. 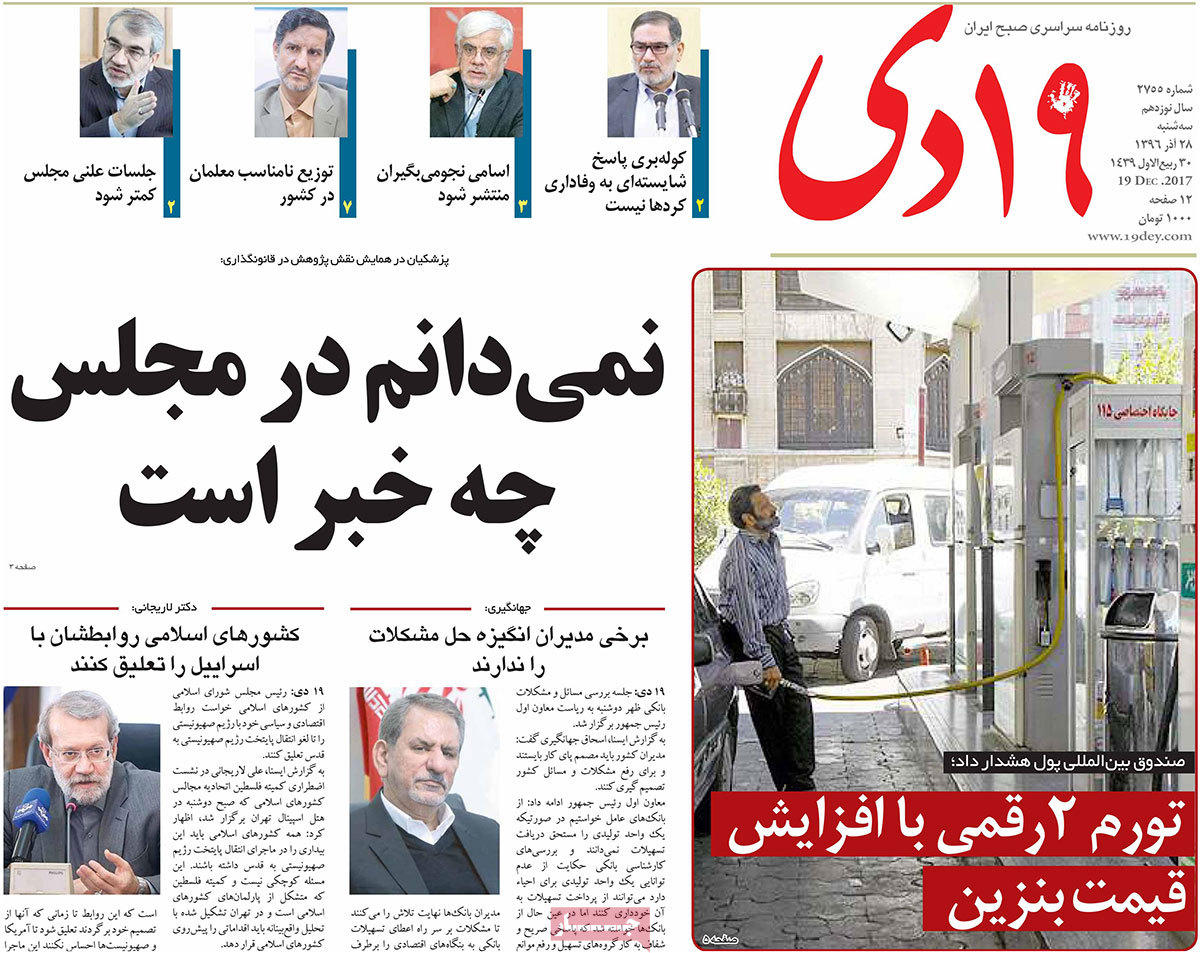 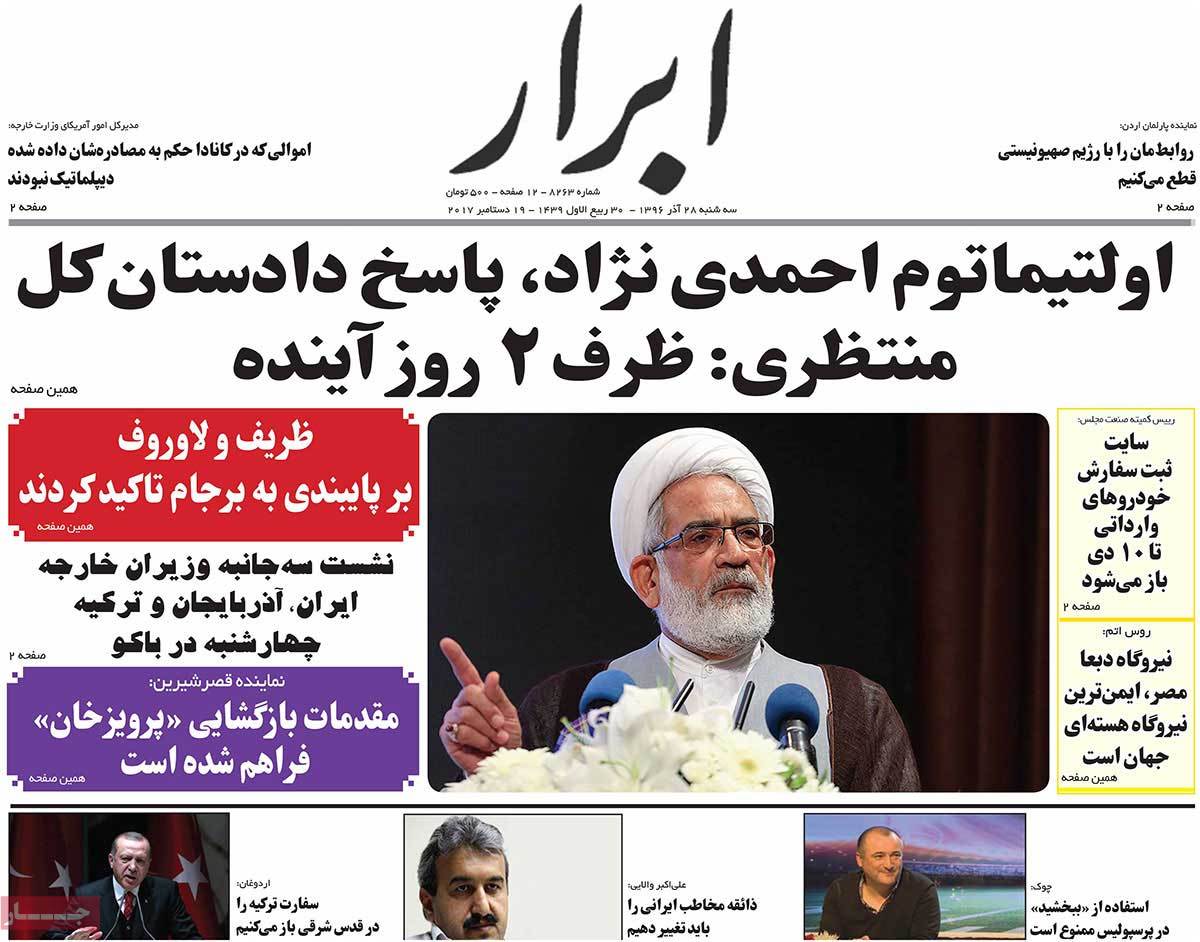 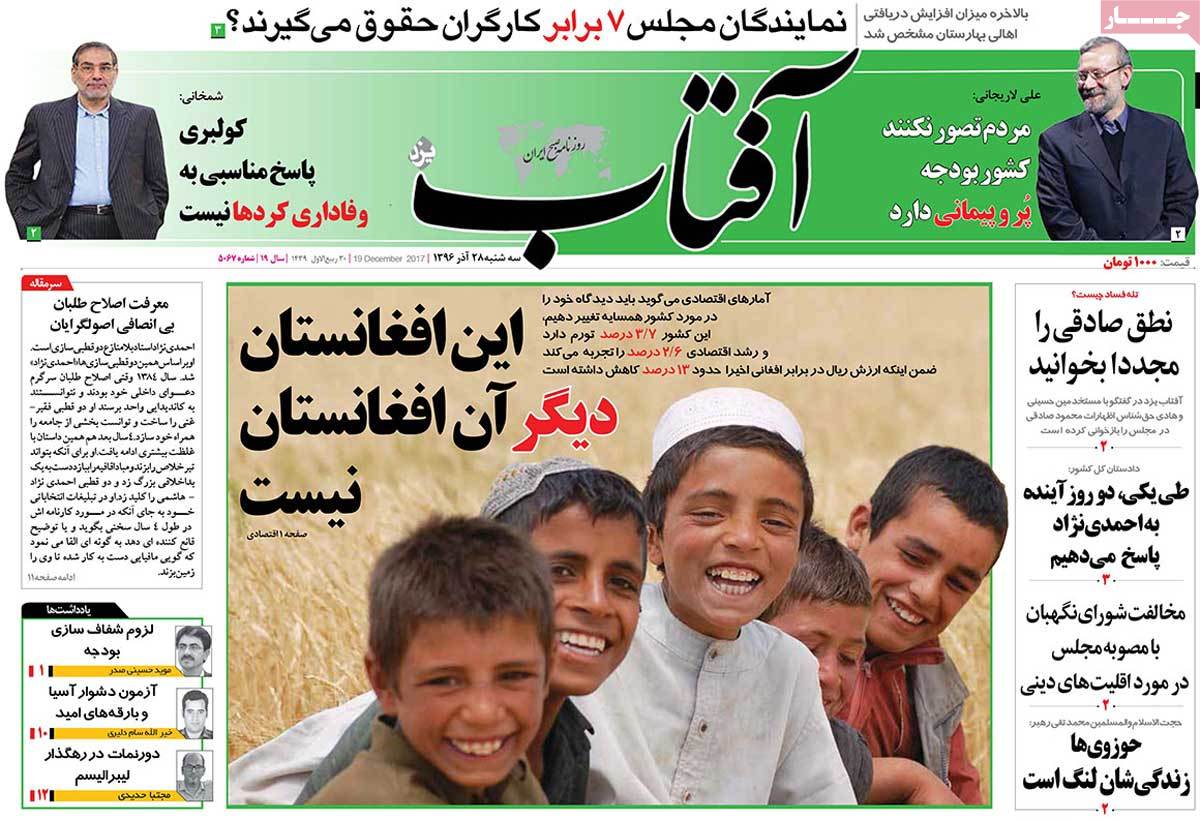 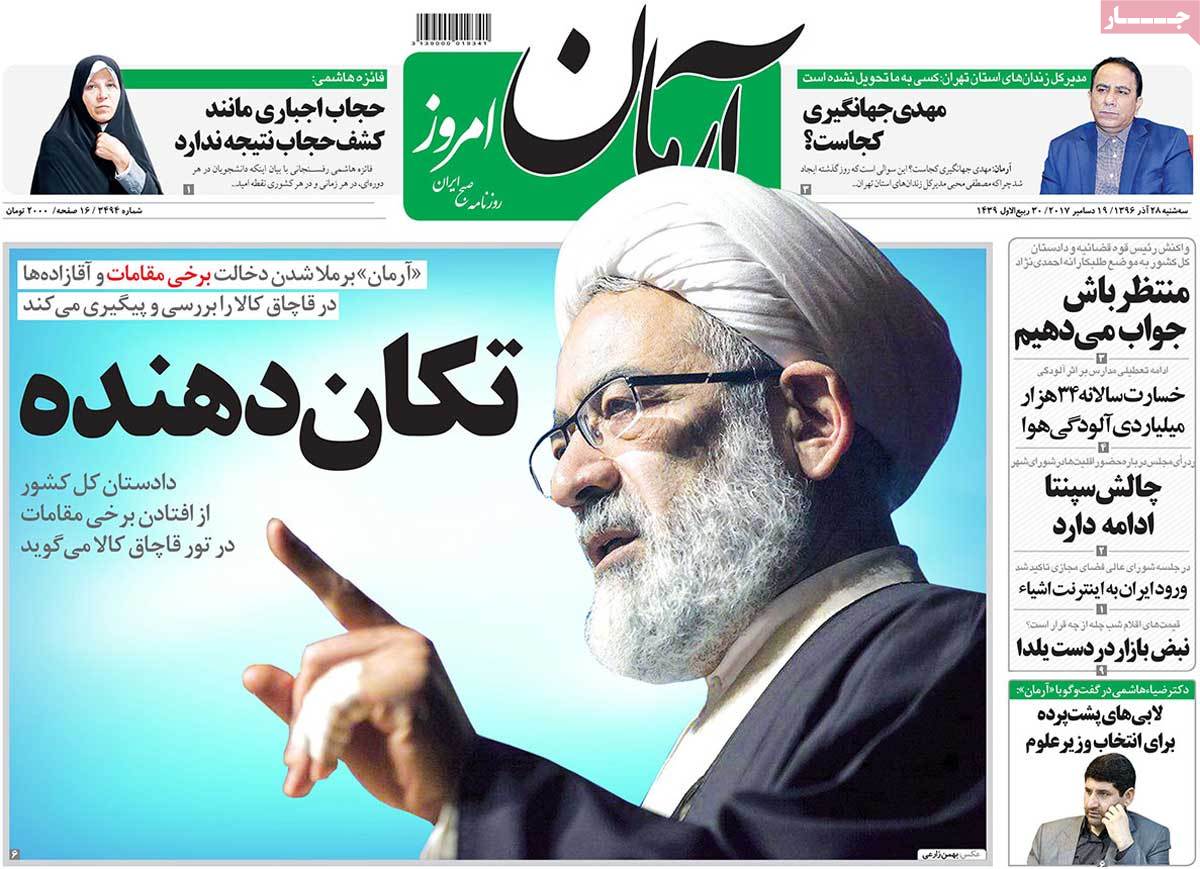 2- Doubts about Slogan of Stopping Support for Rouhani [Editorial] 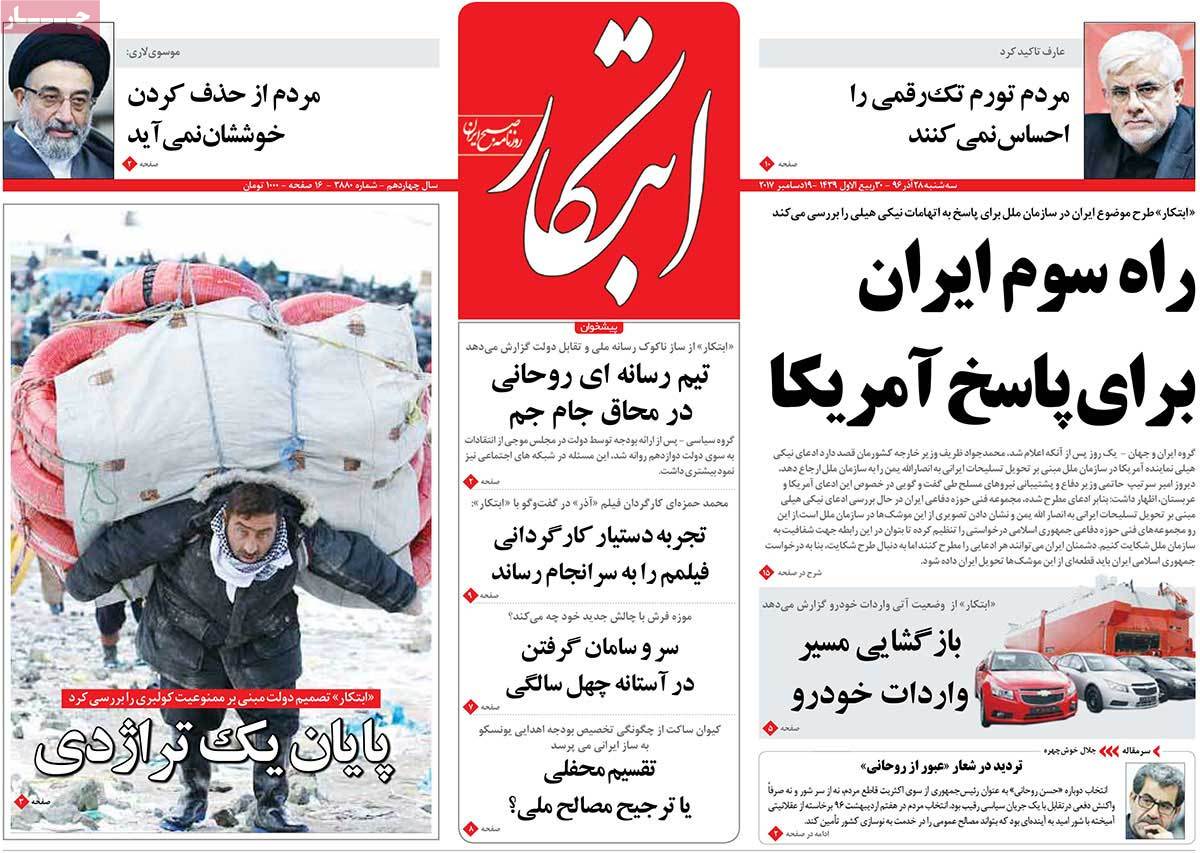 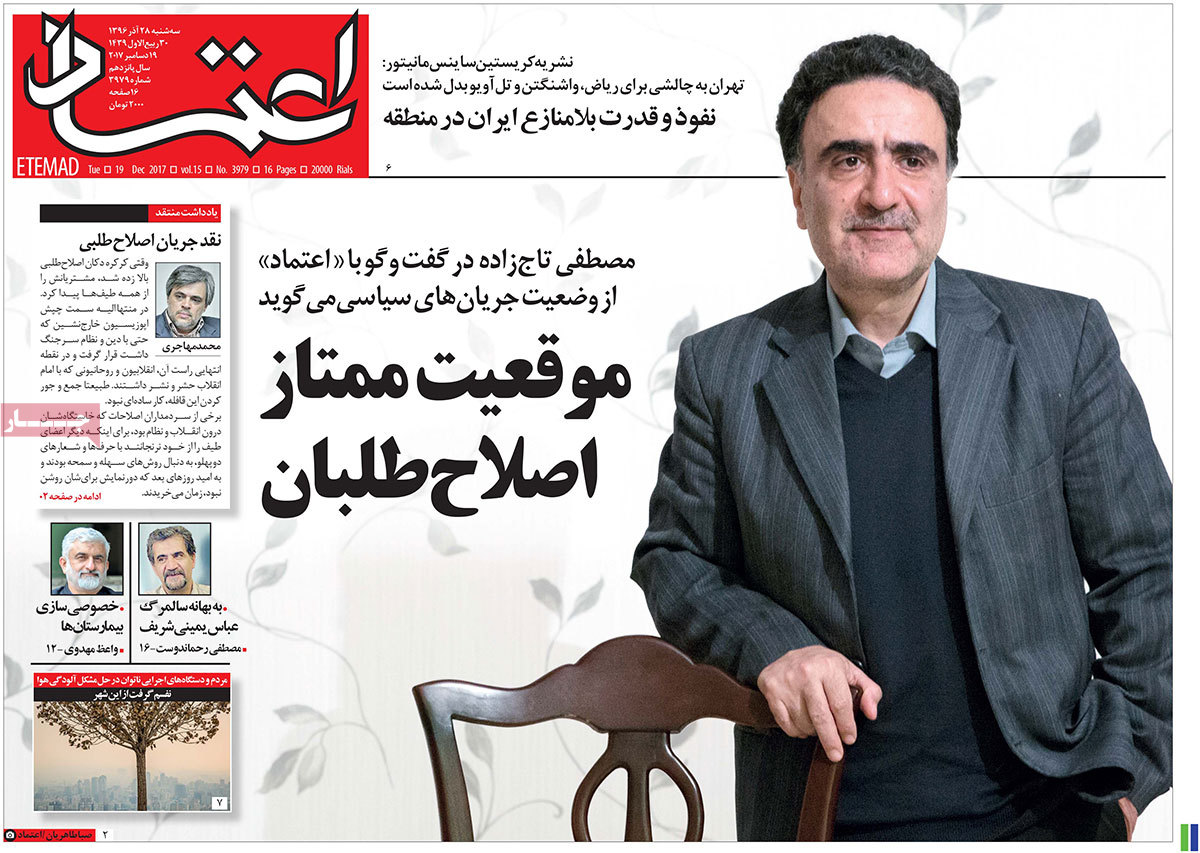 3- Yazd to Become Capital of Bicycling in Iran 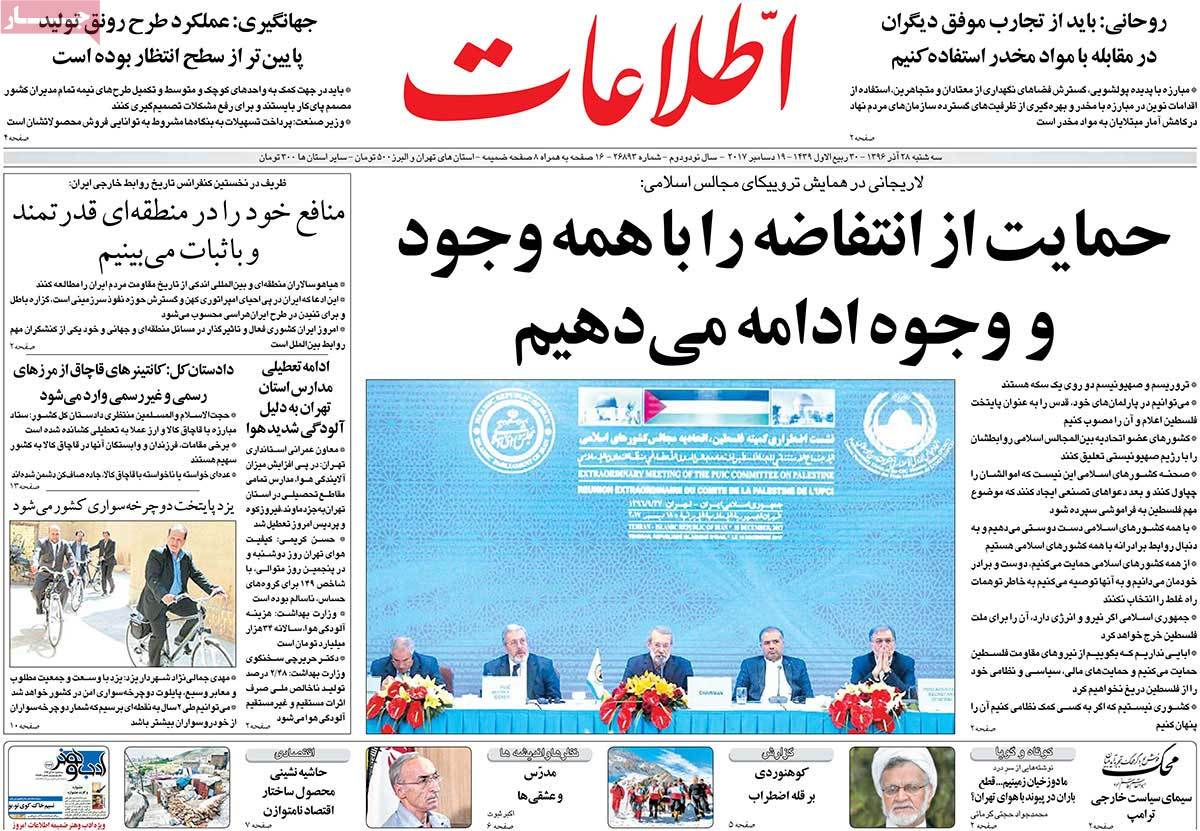 1- Ayatollah Amoli Larijani: All Questions about Judiciary’s Performance to Be Answered

2- Trump in Labyrinth of Loneliness: US Vetoes Votes of 14 UNSC Members 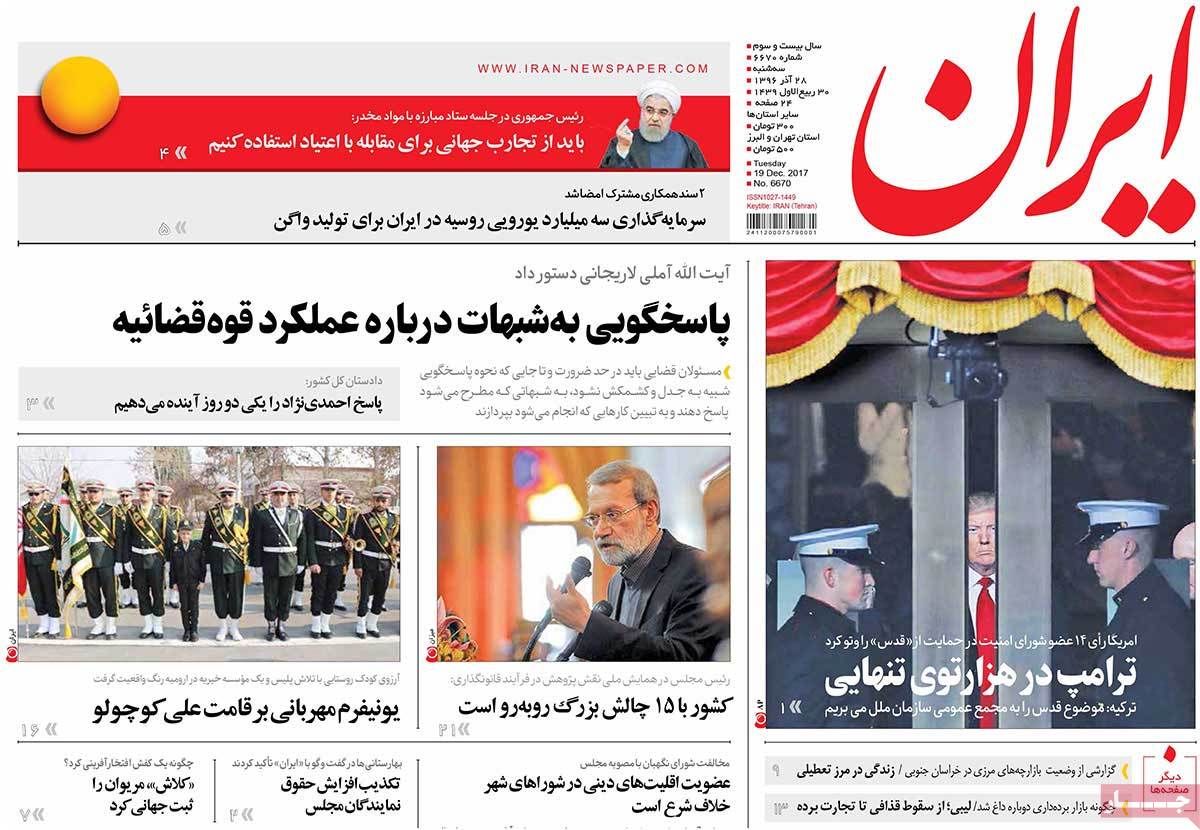 1- Iran to Legally Pursue US Accusations on Yemen 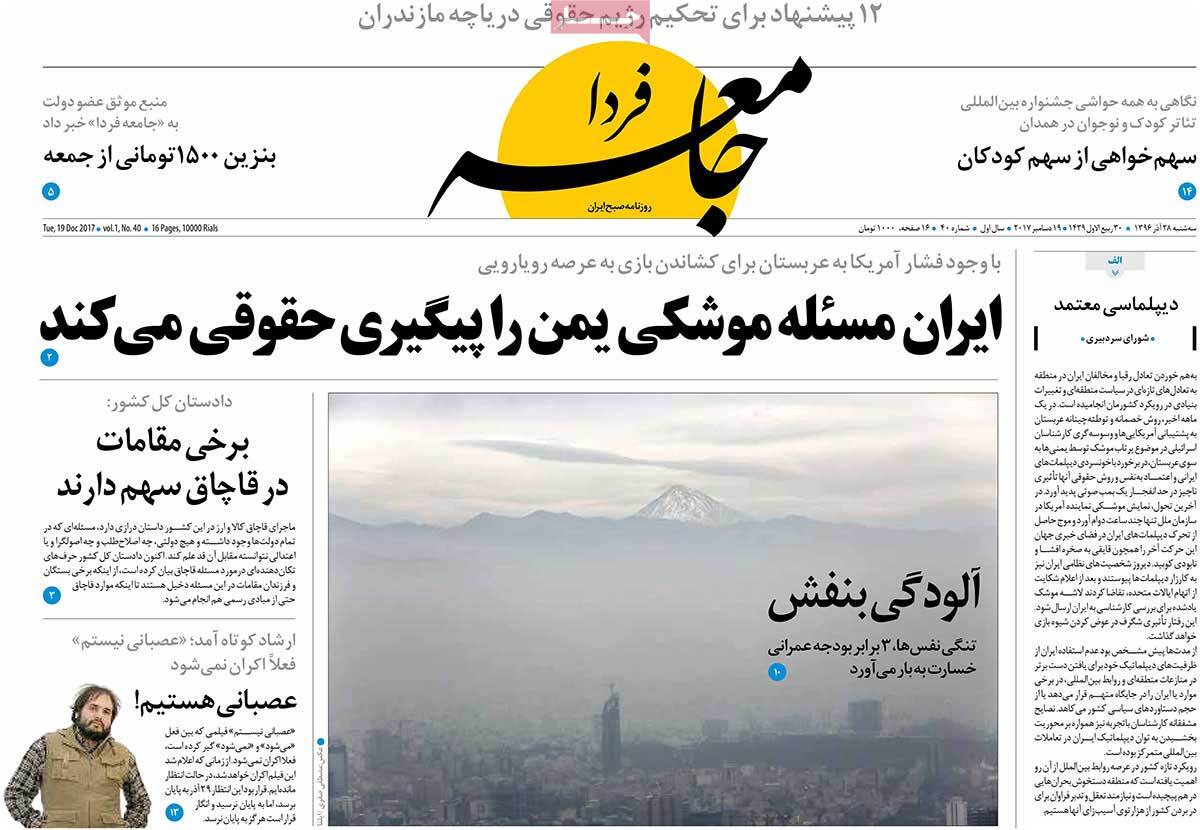 1- Prosecutor General: Some Officials Accomplice in Smuggling of Goods

3- Shamkhani in Kurdistan Province: Iran’s Security Ensured from beyond Borders 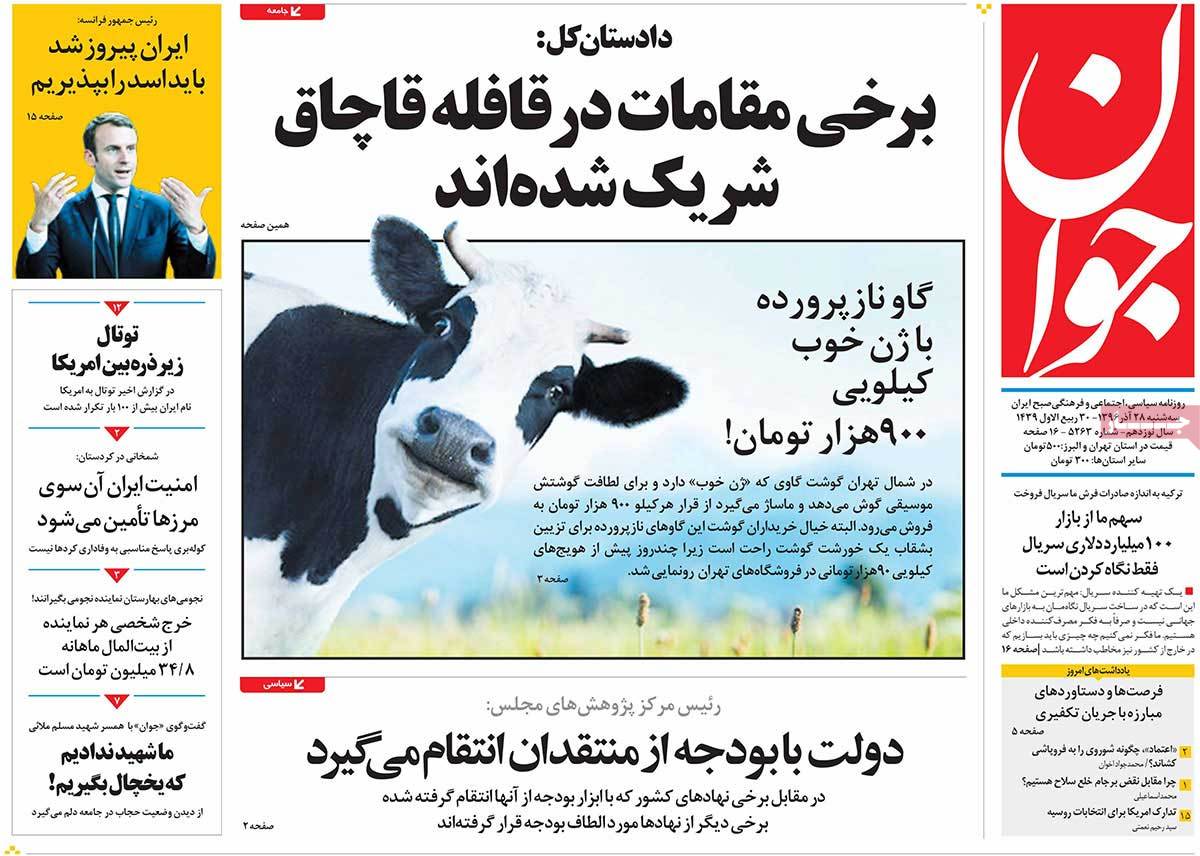 2- Iran, China Sign Document for Construction of 5 Hospitals in Tehran 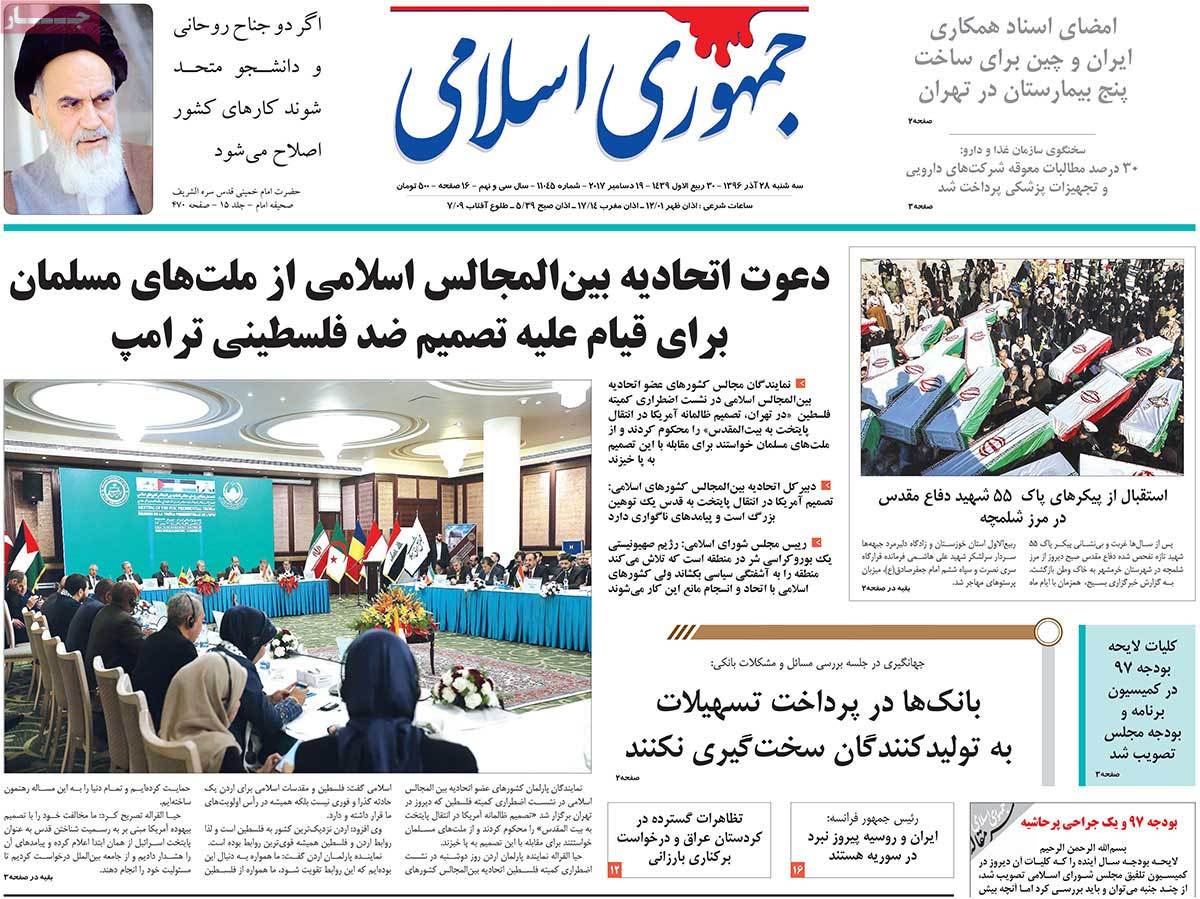 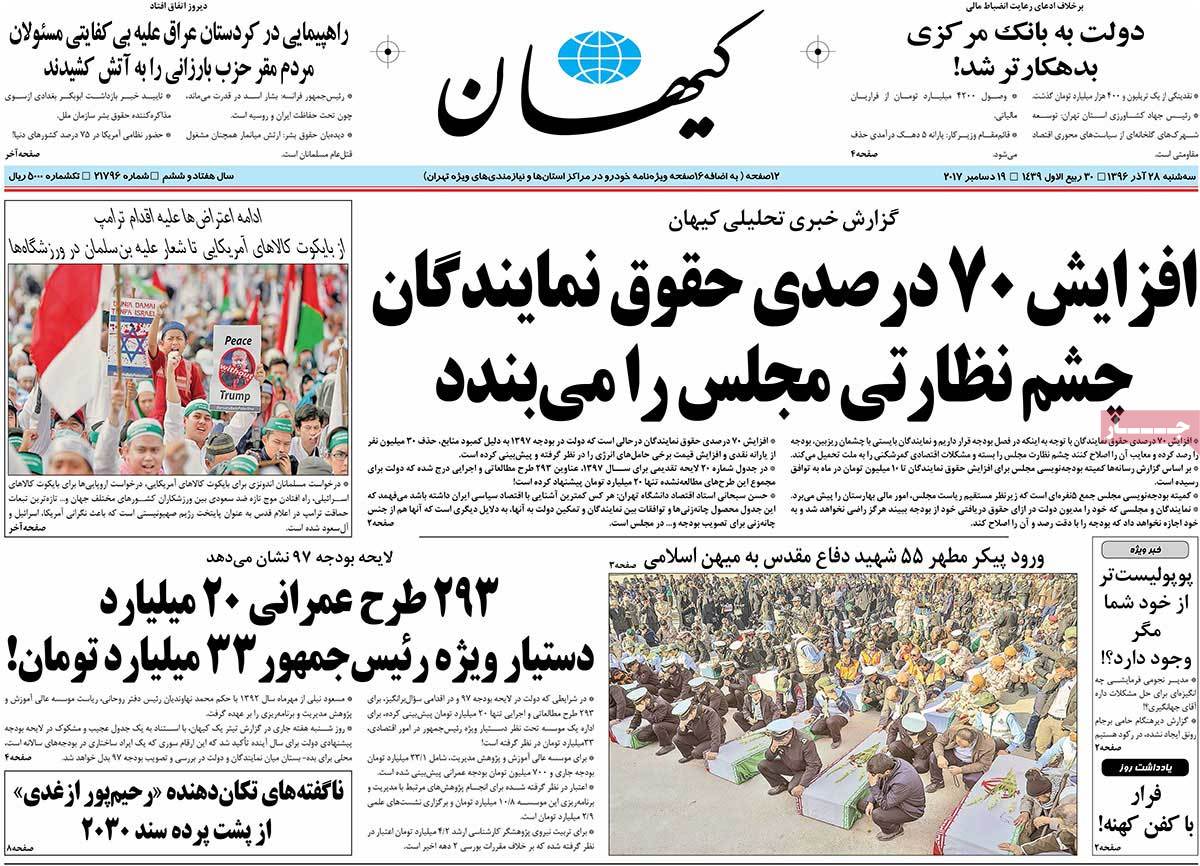 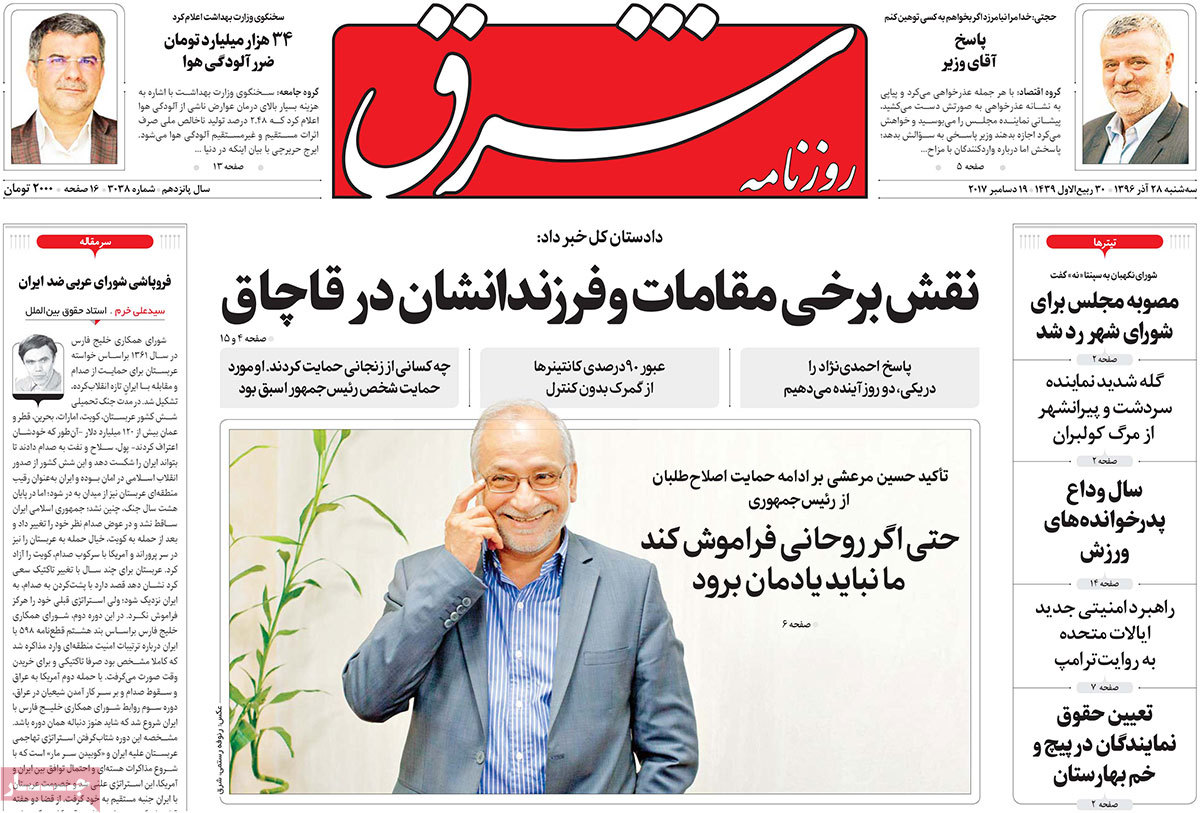 1- Emergency Condition of Air Goes on in Tehran, Urmia, Tabriz, Isfahan, Other Cities 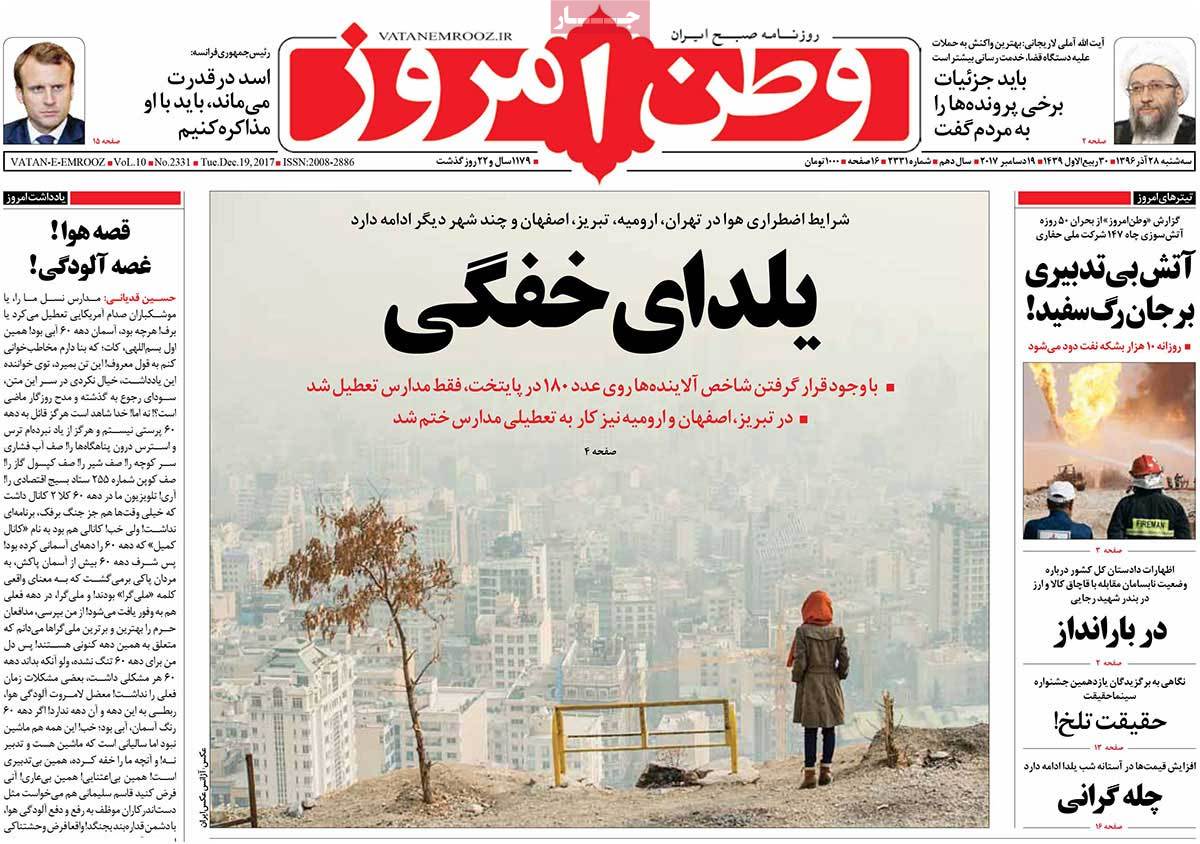