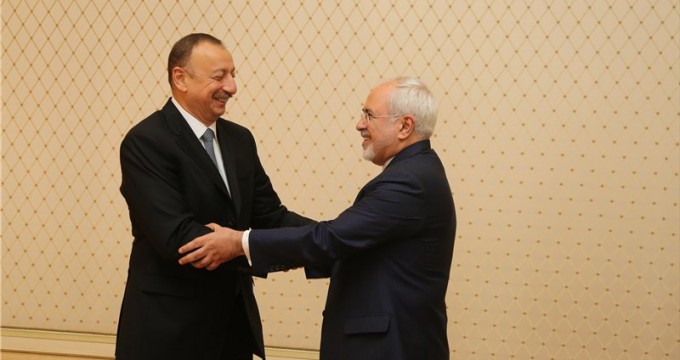 The Iranian Foreign Minister Mohammad Javad Zarif who is slated to meet with his Turkish and Azeri counterparts in a trilateral meeting in Azerbaijan’s capital city of Baku on Wednesday, met with Azerbaijan’s President Ilham Aliyev in the evening on Tuesday an hour after arriving in Baku.

The two officials exchanged views on the latest bilateral and regional issues.

The trilateral meeting of the foreign ministers of Iran, Azerbaijan and Turkey on Wednesday will focus on regional issues and enhancing future cooperation. Mr. Zarif is scheduled to hold a separate meeting with his Turkish counterpart, Mevlut Çavuşoğlu.

This is the fifth trilateral meeting of the three foreign ministers.