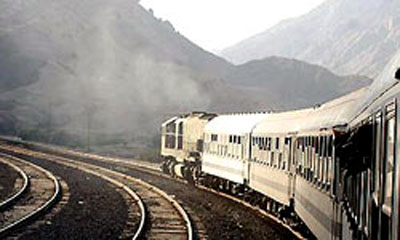 Financial Tribune- More than 770,000 tons of goods were transited via railroads through the Sarakhs border in Khorasan Razavi Province during the eight months to Nov. 21, registering an 80% rise compared with the similar period of last year, the director general of Khorasan Razavi Railways affiliated to the Islamic Republic of Iran Railways said.

The border city of Sarakhs is the northeastern-most city of Iran near the border with Turkmenistan. “The main goods transited over the period were sulfur, fertilizers, cotton, aluminum ingots and mazut, which were transported from Turkmenistan, Uzbekistan and Tajikistan,” Mohammad Hadi Ziyaeimehr was also quoted as saying by the Persian daily Donya-e-Eqtesad.