A Look at Iranian Newspaper Front Pages on December 17

Iran Front Page- IFP has taken a look at the front pages of Iranian newspapers on Sunday, December 17, and picked headlines from 15 of them. IFP has simply translated the headlines and does not vouch for their accuracy.

Among the top headlines today were continued reactions to the US accusations against Iran about supply of ballistic missiles to Yemen.

Several papers published opinion pieces and articles about the future of Iran-US relations and the regional rivalry between Iran and Saudi Arabia.

Also a top story was a wave of criticisms against Iranian President Hassan Rouhani, which has sparked controversy among social media users and politicians.

2- Shamkhani: We Should Take Decrease in People’s Trust Seriously 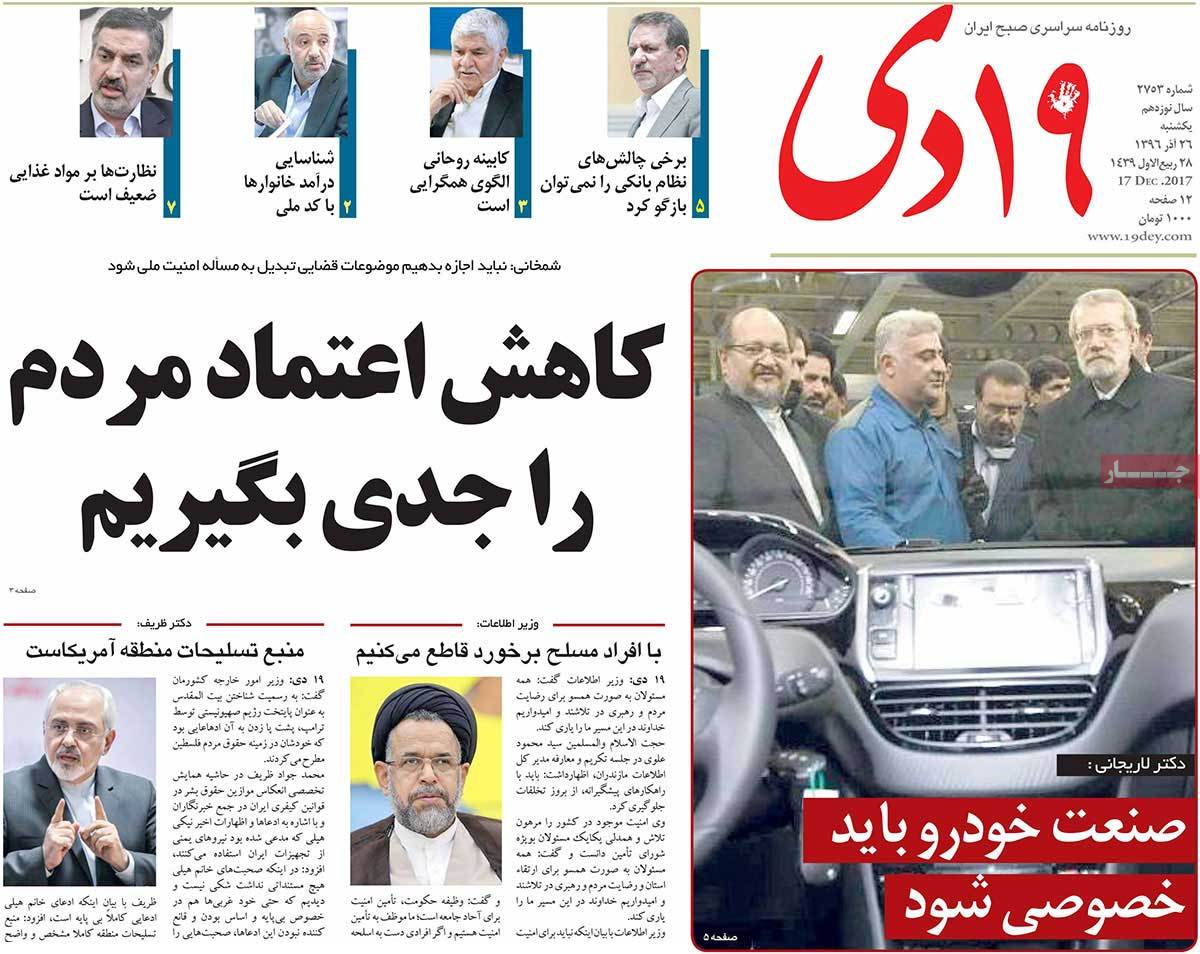 2- France Did Not Confirm US Evidence against Iran 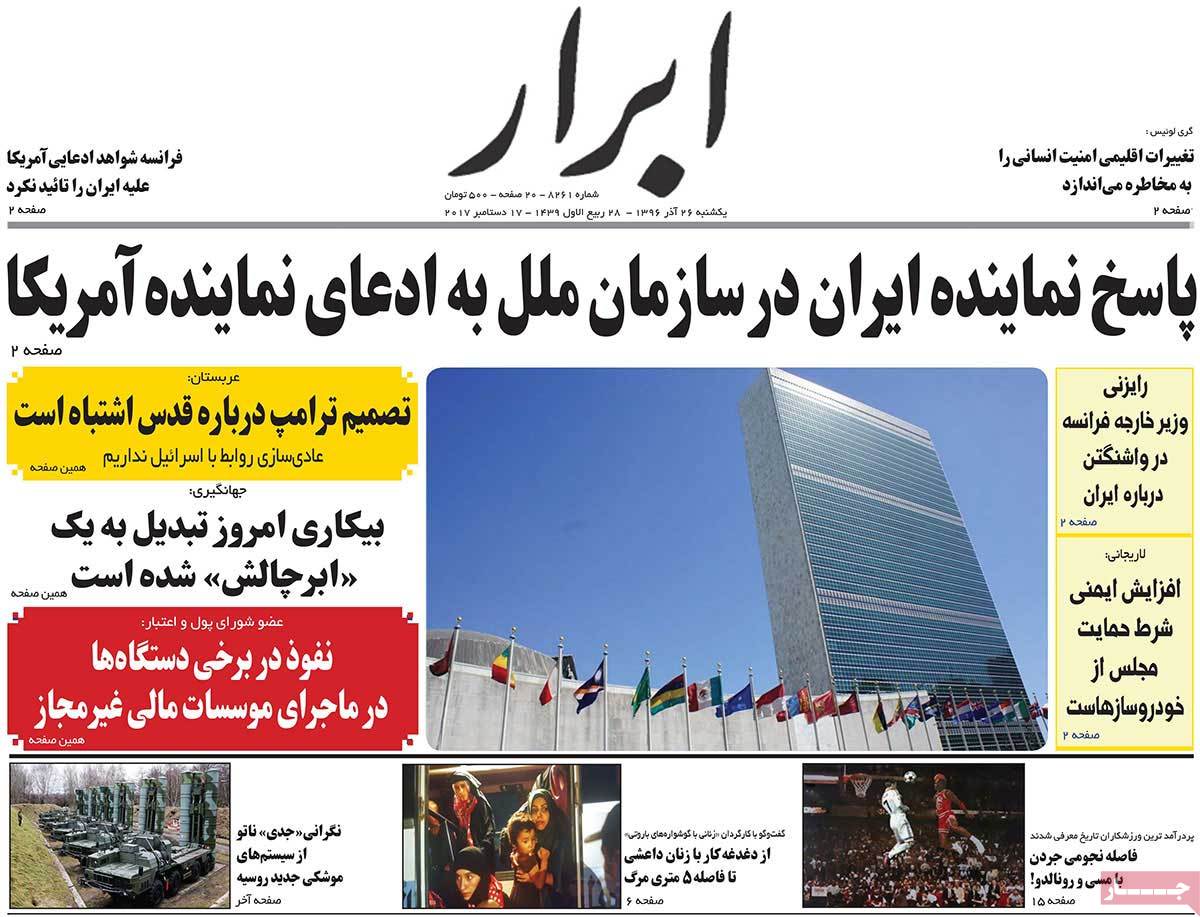 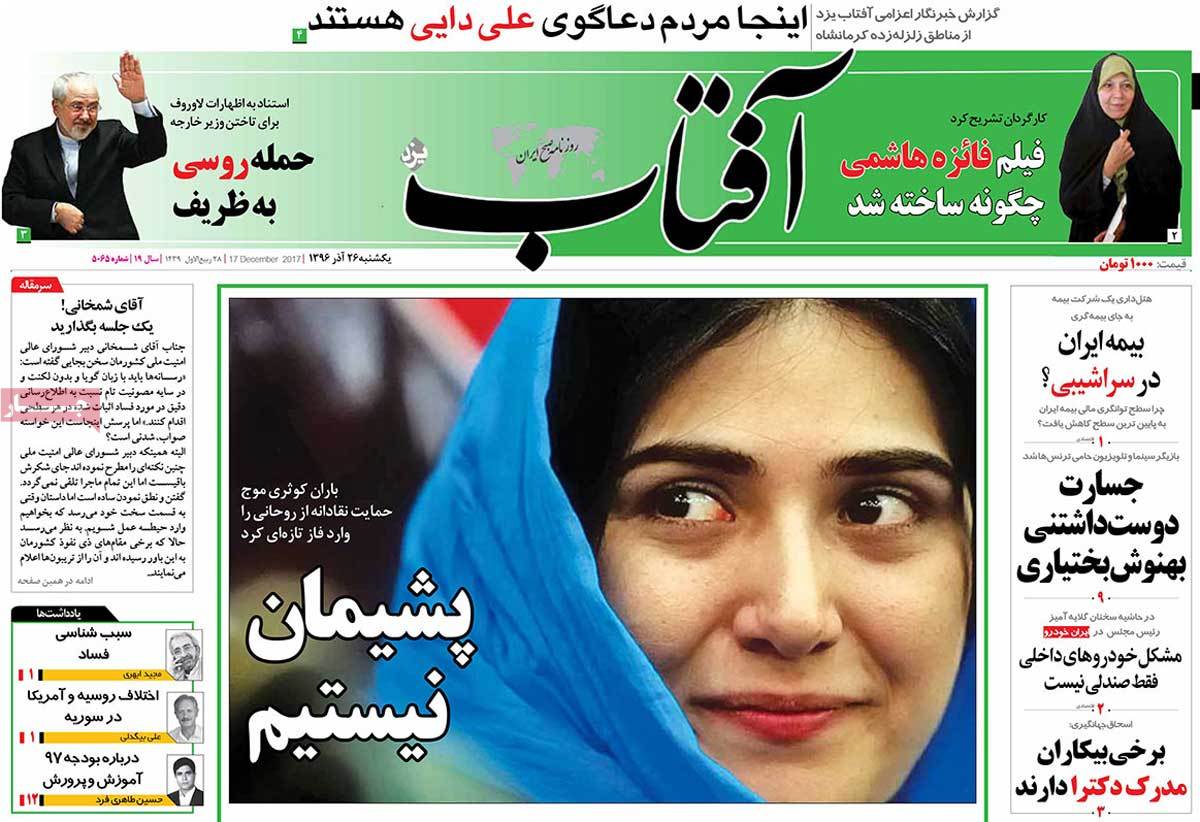 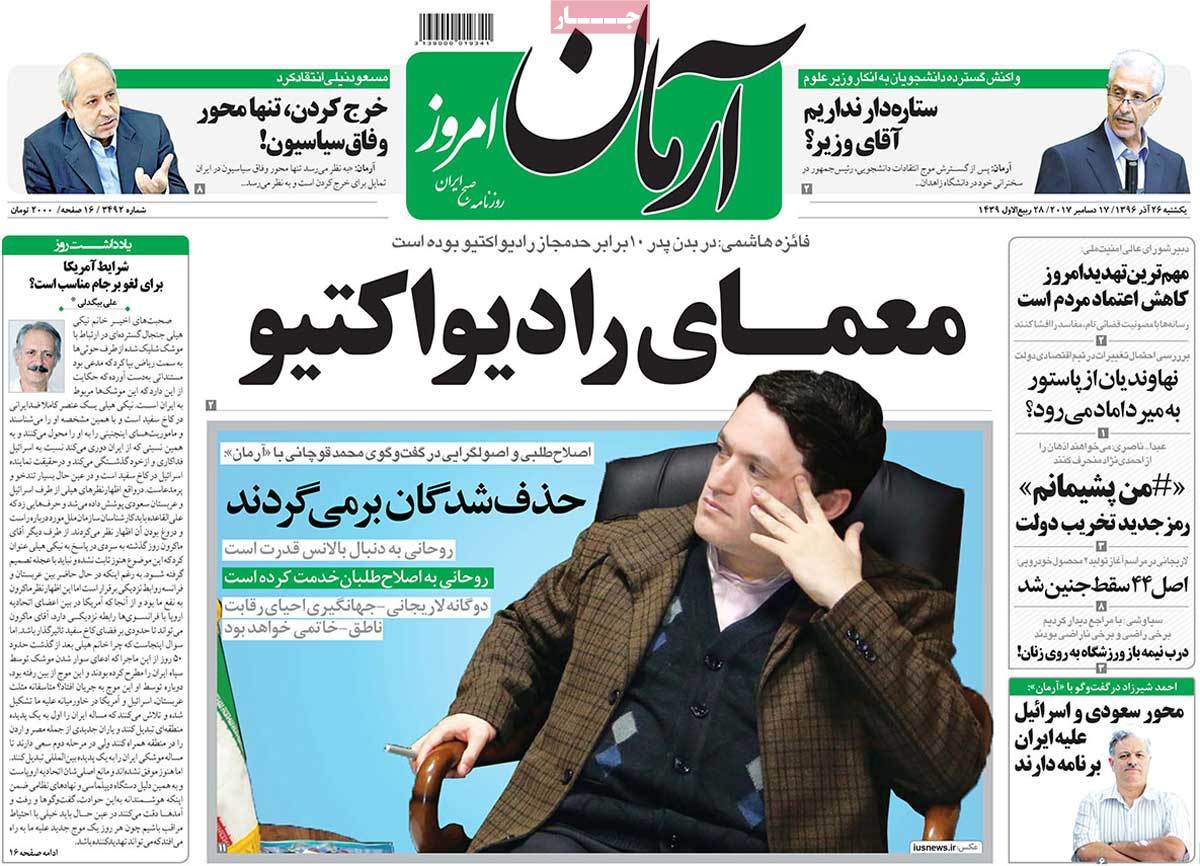 3- Zarif: Trump’s Sneeze Scares Them to Death, His Smile Makes Them Happy! 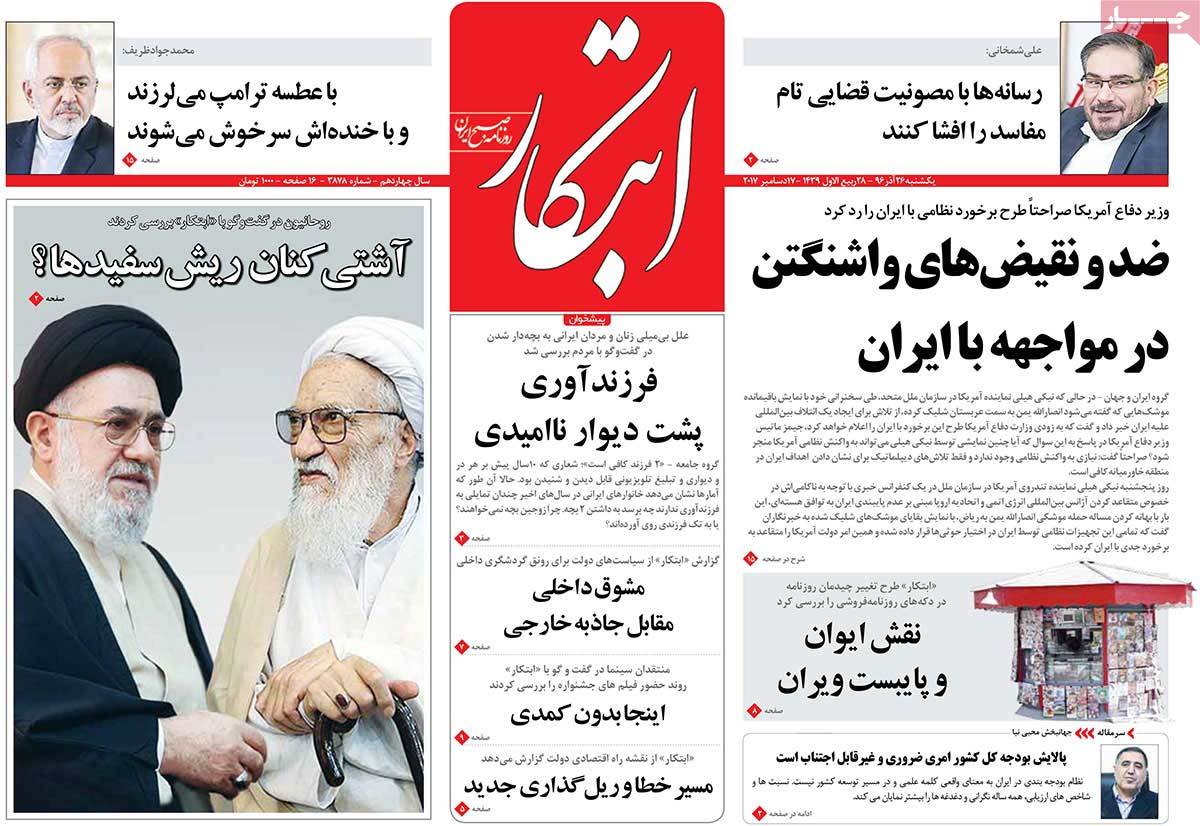 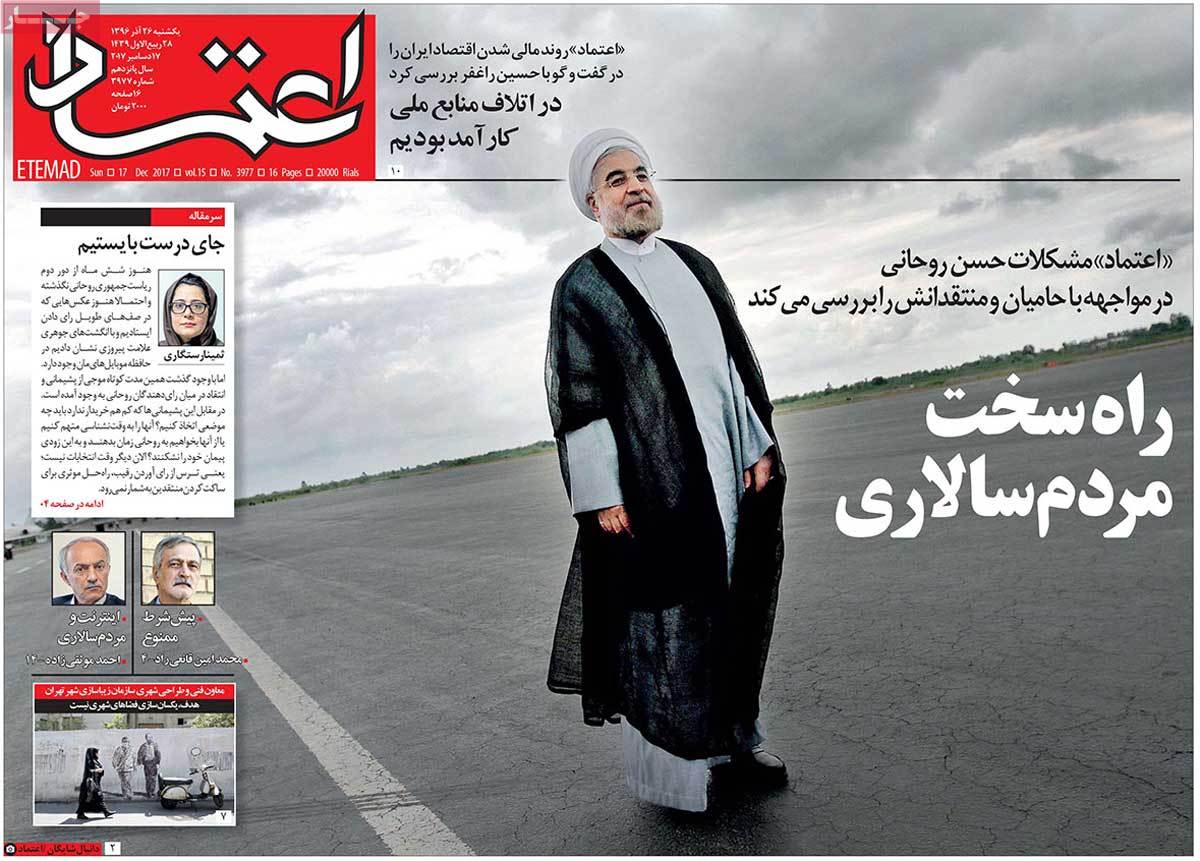 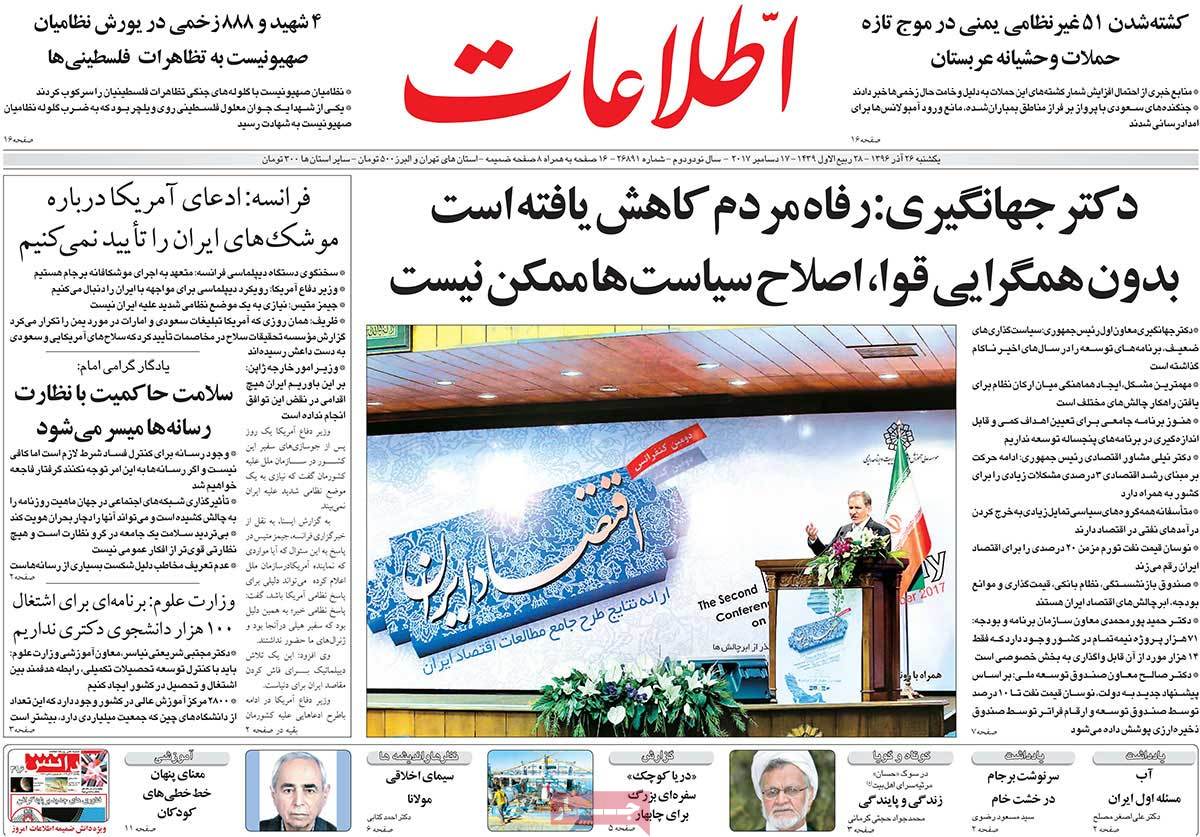 2- Reformist Politician: Reformists Not at All Regret Voting for Rouhani 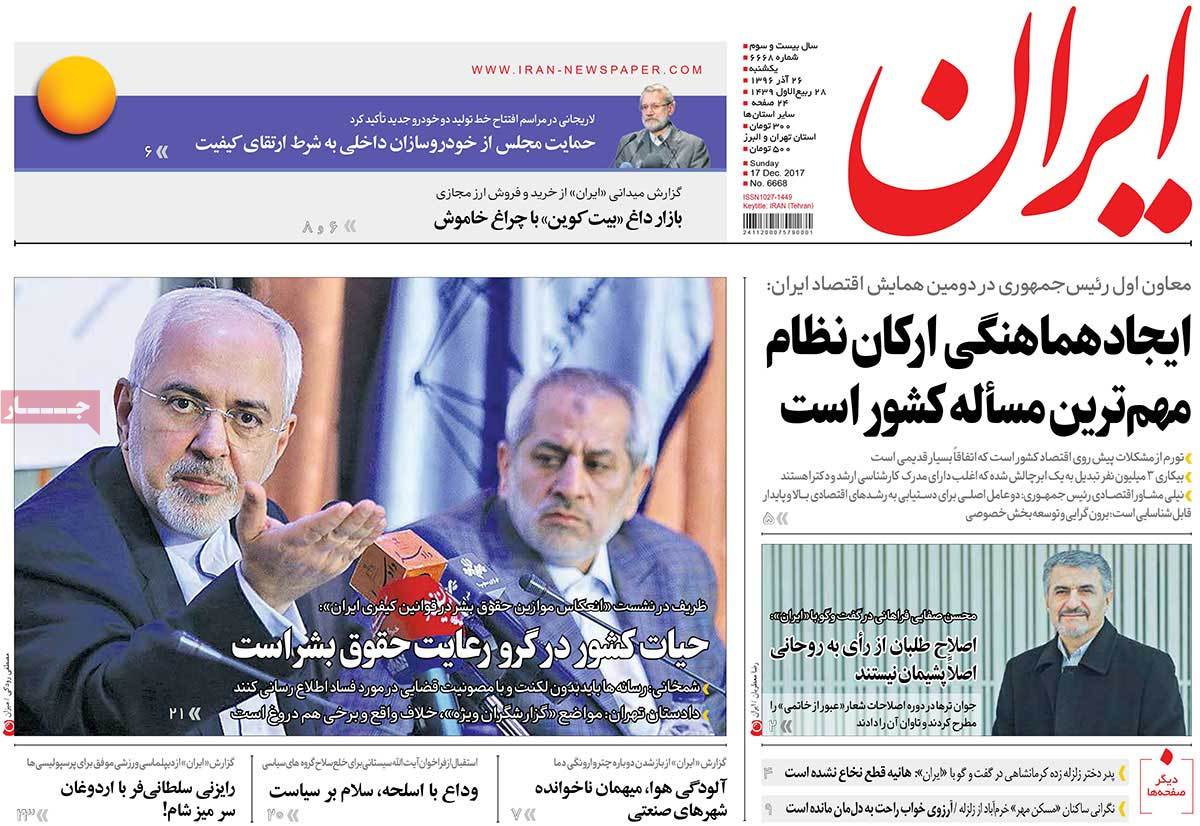 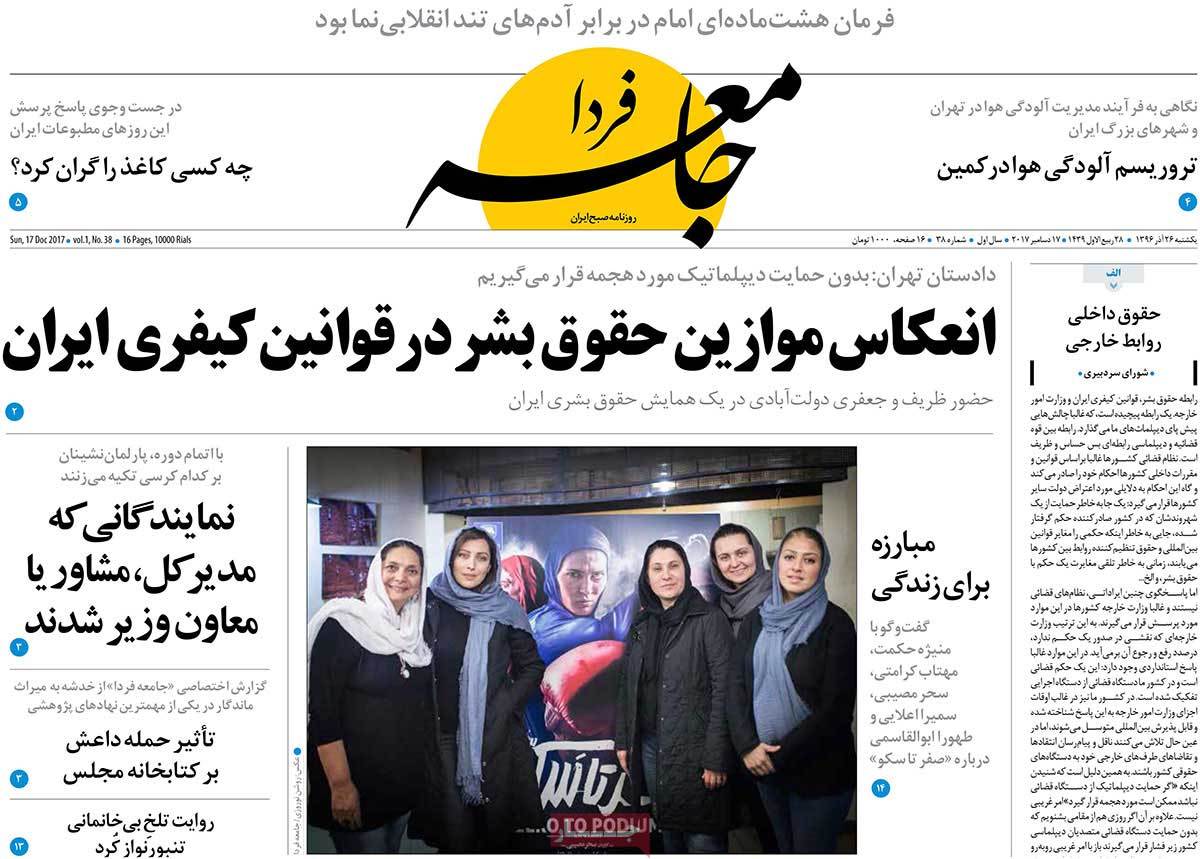 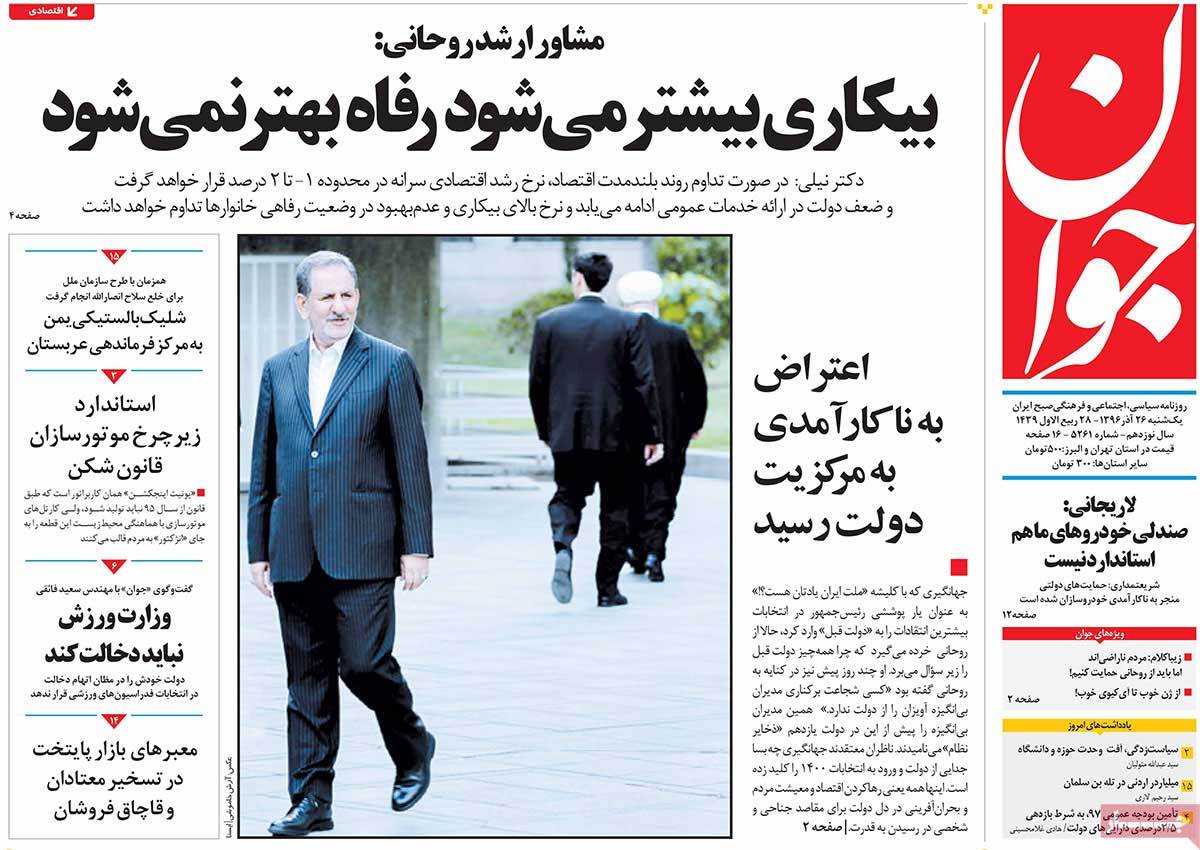 1- Zarif’s Reaction to Haley’s Accusations: US Trying to Whitewash Its War Crimes in Yemen 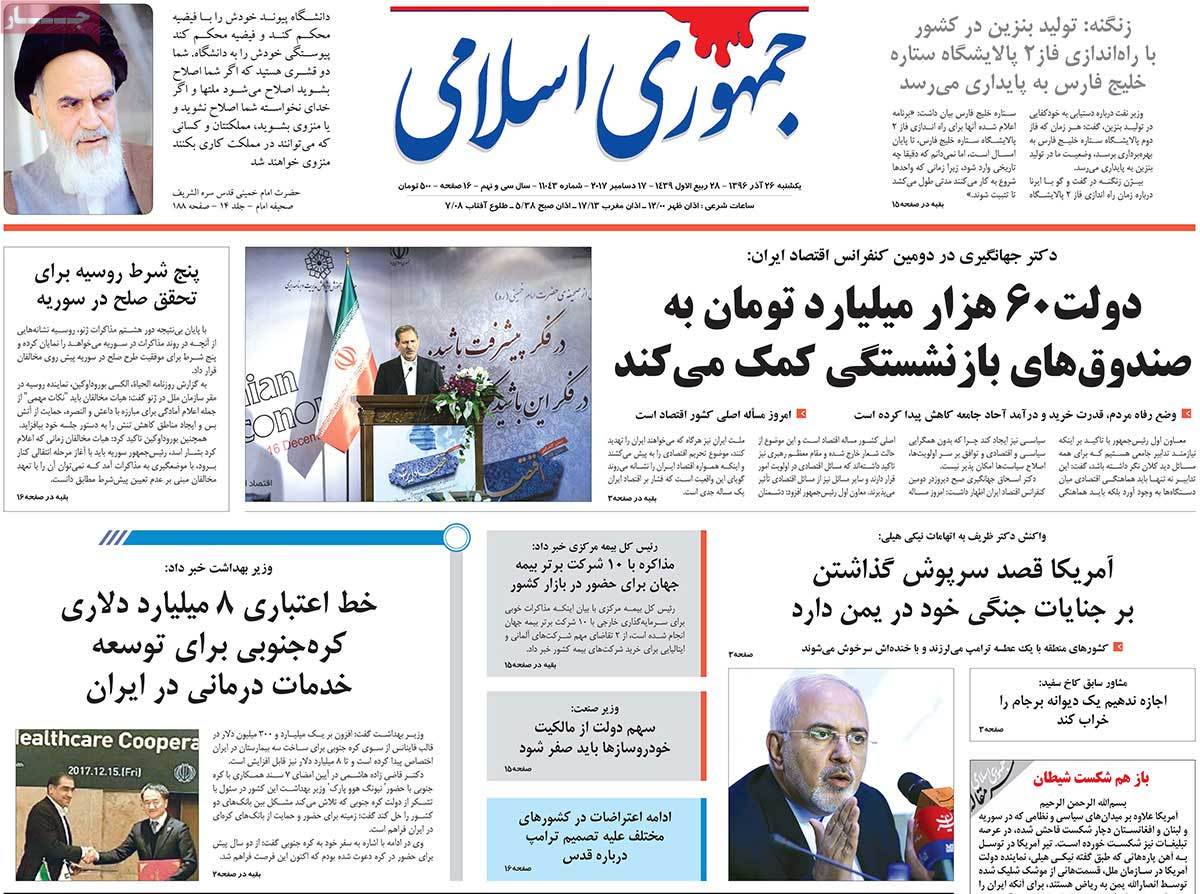 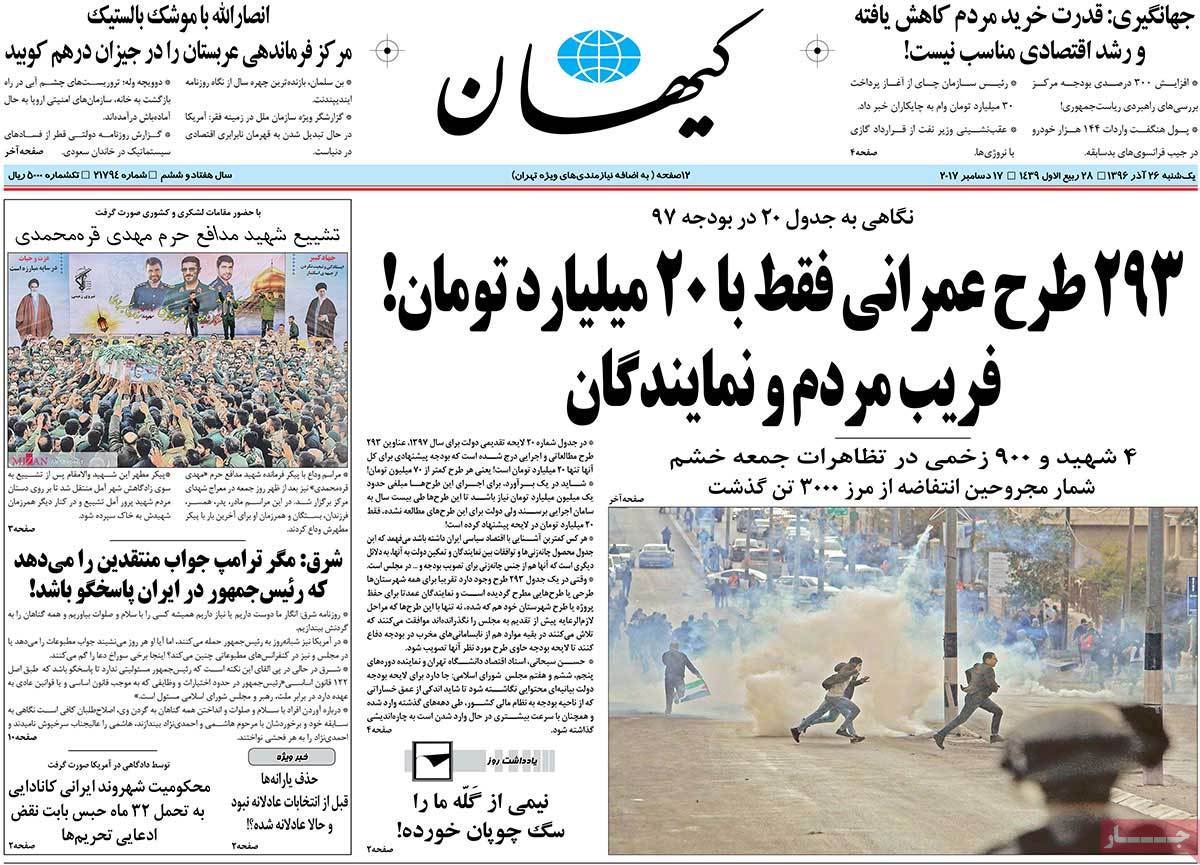 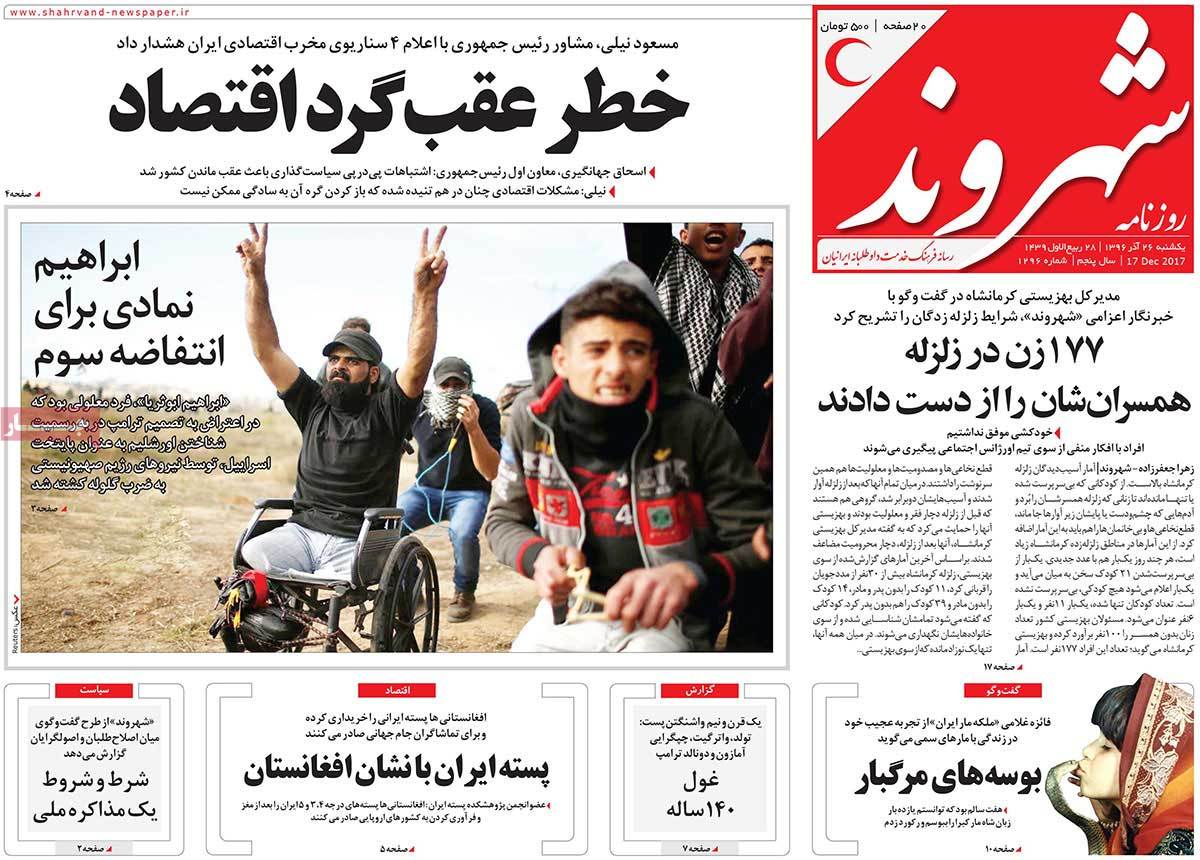 1- Gov’t to Give Cash Subsidies Only to Poor People 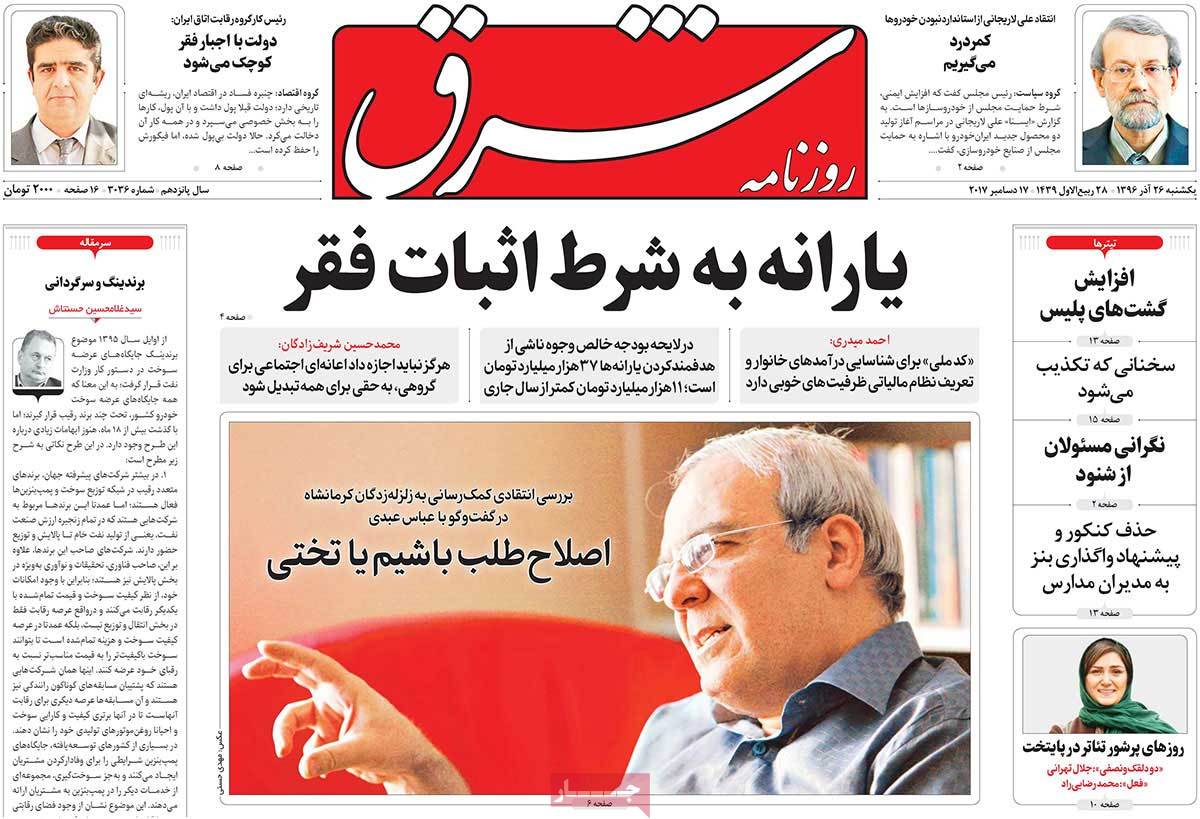 1- US Defence Secretary: US after Diplomatic Coalition against Iran, Not Military Response 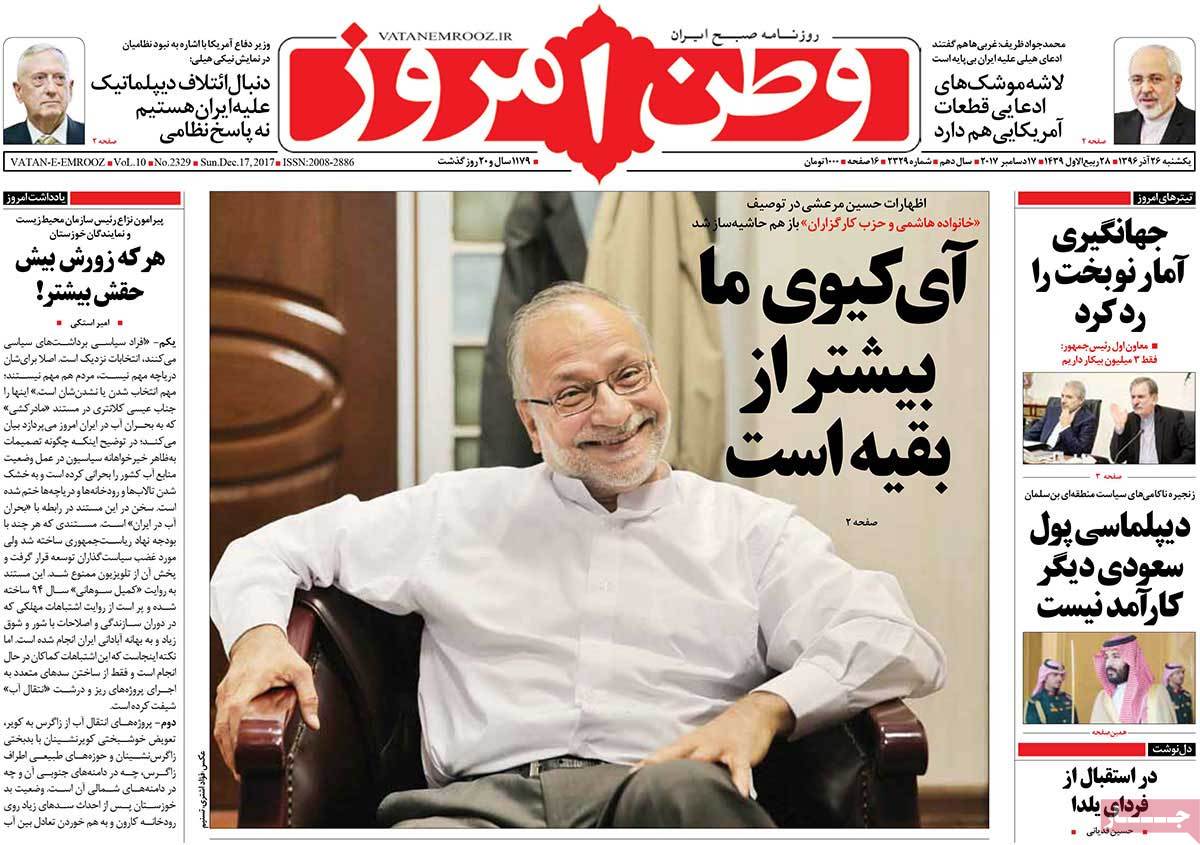