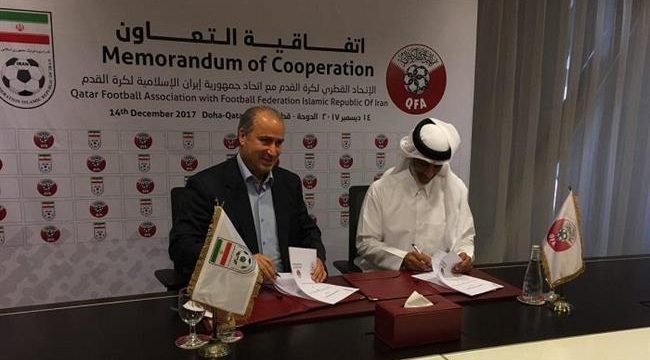 Press TV – The Football Federation of the Islamic Republic of Iran (FFIRI) and the Qatar Football Association (QFA) have struck an agreement on the promotion of cooperation and interaction between the governing bodies responsible for organizing national teams as well as club competitions in the two Asian countries.

On Thursday, President of the FFIRI, Mehdi Taj, and his Qatari counterpart, Hamad Bin Khalifa Bin Ahmed Al Thani, signed the memorandum of understanding (MoU) during a ceremony in the Qatari capital city of Doha.

The agreement between FFIRI and QFA aims to raise the level of cooperation and to deepen relations between the two countries in men’s and women’s football, futsal and beach soccer.

The Football Federation of the Islamic Republic of Iran has so far signed MoUs with several different countries, including Armenia, Belarus, Italy, Japan, the Netherlands, Norway, Romania and Russia.