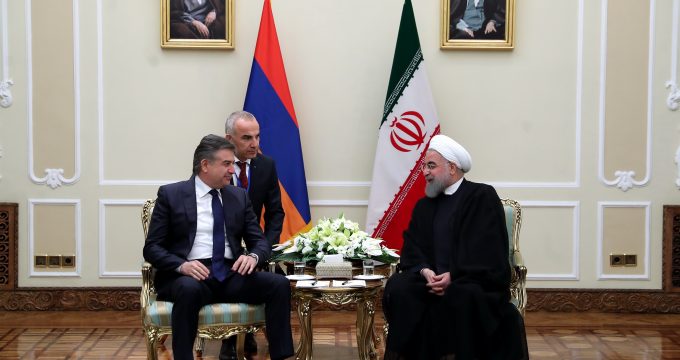 Armenian Prime Minister Karen Karapetyan attended the opening ceremony with Minister of Economic Development and Investments Suren Karayan, with presence of the Iranian ambassador, as well as officials and businessmen from both countries.

According to Karayan, the free economic zone should be developed into two phases.

“At the first stage, the minimum necessary infrastructures and preconditions have been set up,” Karayan said, adding that in the second phase 70 hectares of territories would be added to create preconditions for profitable business.

The businesses operating in the zone will be exempt from income tax, value added tax, excise tax and custom duties, according to the minister.

In August, 2017, a memorandum of cooperation between free economic zones ‘Meghri'(Armenia) and ‘Aras'(Iran) were signed by both governments.

Armenia has a strong interest in the implementation of the landmark agreement with Iran with the outlook of new economic opportunities as international sanctions and economic restrictions on Iran are fully lifted. Since Armenia’s borders with both Turkey and Azerbaijan have long been closed due to the Nagorno-Karabakh conflict, Iran is one of the only two conduits for landlocked Armenia to the outside world.