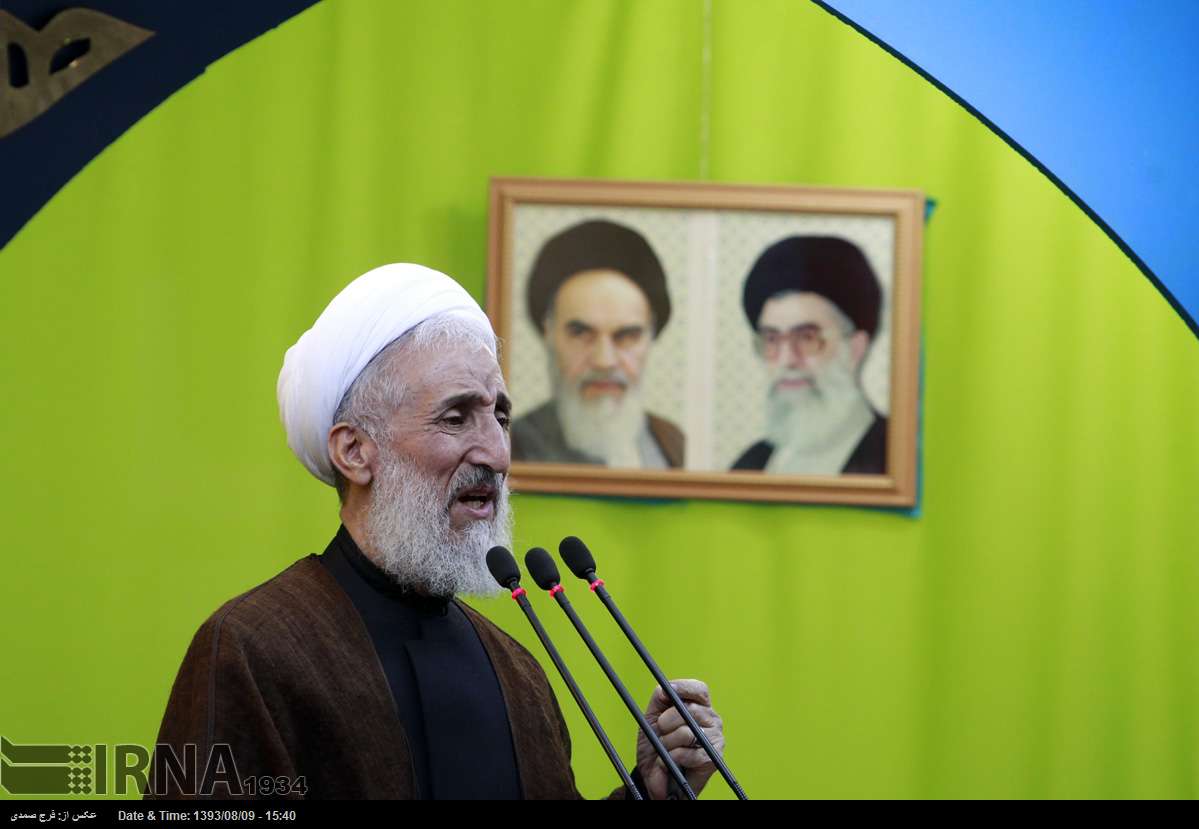 MNA – Ayatolah Kazem Seddighi, who led this week’s edition of Tehran Friday Prayers, said formation of several popular Resistance forces in the region had led to creation of a strong military and defense ring.

Tehran Friday Prayers cleric touched upon relocation of capital of the Zionist regime to al-Quds (Jerusalem), said the issue was a long-standing one as it had been previously approved by the US Congress though earlier US presidents refrained from enforcing the law due to certain considerations.

“Former presidents of the US were essentially similar to Donald Trump with the difference that Trump openly reveals its wild and cruel nature which explains why ex-presidents refused from carrying out the congressional decision that was contrary to UN resolutions.

Ayatollah Seddighi said Trump has no knowledge of interest or politics and has a strange personality as evidenced by his dangerous remarks; “with his imprudent moves, Trump has caused countless problems for other nations.”

“Americans had formed the ISIL to create a safe fence for the Israeli regime though their malicious plot has failed,” highlighted the senior cleric adding “the conspiracy continued to increase our military, political and cultural influence throughout the region.”

He said with the formation of numerous political and popular Resistance forces in the region, a solid military and defense ring has been created that promises of immediate elimination of the Zionist regime.

Friday cleric later underlined that one plot hatched by the arrogance was to keep Muslim countries busy with internal matters so that the issue of Palestine was removed from the focus of the Islamic world, which was somewhat successful, but the unwise remarks by Trump led to global reaction by the Islamic world and led to a third intifada by the Palestinian people.

“Following Trump’s words, the Organization of Islamic Cooperation and the Security Council held extraordinary meetings which, once again, led to international isolation of the US as evidenced even by its Western allies,” the official maintained.

Ayatollah Seddighi said Iran’s Leader has repeatedly emphasized that the Palestinian people should be armed to continue their armed resistance saying “Islamic countries should never limit their measures to a resolution.”

“The Islamic countries had better listen to Secretary General of Lebanon’s Resistance Movement who urged Islamic countries to close down embassies of the US and summon American ambassadors in a bid to express their strong protest against US moves,” he stated.

On continuation of the Yemeni crisis inside the region, Ayatollah Seddighi said “with murder of Yemen’s former President Ali Abdullah Saleh, Yemeni people have become more coherent and united and it is hoped that the Saudi regime will face bitter consequences of its cruel actions.