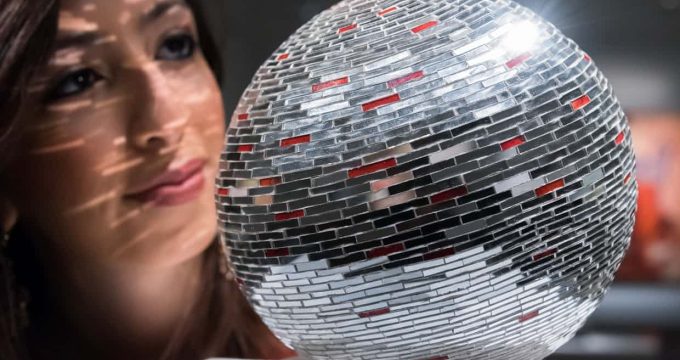 The Guardian – Iran has opened its first museum dedicated to a solo female artist – Monir Shahroudy Farmanfarmaian, who has received widespread international attention during decades of exile.

The nonagenarian doyenne of Iranian art and friend of Andy Warhol, Jackson Pollock and Willem de Kooning, had her first US solo museum exhibition at the Guggenheim in New York in 2015.

On Friday, the Monir Museum opened in Tehran at the historic Negarestan park gardens. It displays 51 works, including her signature mirror mosaics, abstract monotypes and reverse glass paintings, inspired by geometric patterns germane to ancient Iranian architecture, particularly those seen in mosques.

Many of Farmanfarmaian’s works were confiscated and destroyed after the 1979 Islamic Revolution. She spent most of her career in the US, only permanently returning in 2004.

All the pieces on display in the museum have recently been donated by Farmanfarmaian to its permanent collection, which is managed by Tehran University.

“All my inspiration has come from Iran – it has always been my first love,” Farmanfarmaian told the Guardian from Tehran on the eve of the opening. “When I travelled the deserts and the mountains, throughout my younger years, all that I saw and felt is now reflected in my art.”

Farmanfarmaian said she gifted her works because she wanted to honour her last husband, Abolbashar Farmanfarmaian. “[He] was a law professor at the University of Tehran, and so I gifted them 51 pieces – this museum is now the first for a female artist in Iran,” she said.

Her works, some of which have been acquired by the Metropolitan Museum of Artand the Tate Modern, combine complex geometric patterns seen in traditional Persian art with western modern abstraction and expressionism.