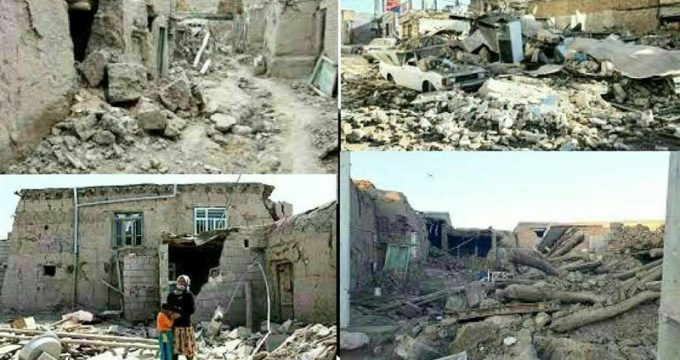 IRNA – A 4-magnitude earthquake jolted the vicinity of Hojdak city in the southeastern Iranian province of Kerman early on Thursday skaking the area for 862nd times in two weeks.

According to the Institute of Geophysics of Tehran University, the quake occurred at 05:23 hours local time (0153 GMT.)

The tremor was epicentered in an area located at 30.77 degrees latitude and 57.30 degree longitude.

There is no report on any damage caused by the earthquake which occurred at a depth of 10 km.

Also two days ago, a strong earthquake measuring 6.1 on the Richter scale jolted the region, injuring a number of people and caused serious damage to the old buildings.