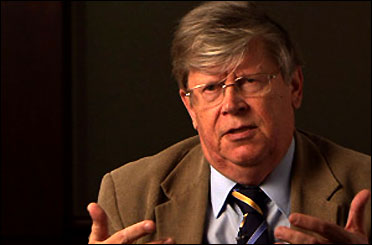 MNA – The former deputy director general for safeguards at the International Atomic Energy Agency (IAEA), tells that “According to Section T Iran is permitted to work on non-nuclear weapon applications of detonators, which find their use for example in the oil-industry. In order to do so, Tehran has to request permission from the Joint Commission (JC).”

Heinonen, now a senior advisor on science and non-proliferation at Foundation for Defense of Democracies, also believes that “A failure to properly address and correctly report on Section T could have a negative impact on questions arising on whether other shortcomings are also happening in other sections of the JCPOA being implemented.”

Following is the text of the interview with Heinonen done by Tehran Times:

The task of the IAEA is to verify the correctness and completeness of Iran’s declarations under the comprehensive safeguards agreement. The additional protocol provides additional assurances that all nuclear material and activities in Iran have been declared. In order to so, the IAEA has its disposal a number of tools ranging, inter alia, from routine and special inspections, design information visits, to complementary access, which provides the IAEA access – with justification – to any site and location in Iran.

Why US again try to bring up Iran PMD Case in IAEA?

When the IAEA submitted its report on the PMD in December 2015 it concluded that Iran had conducted a range of R&D activities on nuclear weapon design. Iran however did not provide during these investigations the IAEA full access to scientists and sites involved in such work. Questions also remained unanswered. The IAEA further concluded that Iran’s statement regarding the purpose of a key building in Parchin did not match with the IAEA findings on ground. Samples taken at Parchin also indicated presence of man-made uranium particles, which normally would prompt a follow-up action by resampling and obtaining clarifications from Iran regarding the presence of nuclear material at a location not declared as a nuclear facility.

The IAEA concluded in its December 2015 PMD report that it did not observe any weapons related R&D in Iran after 2009. Now that Iran and the IAEA are working towards a broader conclusion, those questions need to be addressed in order for the IAEA to be able to state that all nuclear material and activities have been declared and ascertain that Iran’s nuclear program is peaceful.

IAEA Director General ask Iran for “more” verification about Section T. It seems that Director General Yukiya Amano’ message is closing to Nikki Haley, United States Ambassador to the United Nations. What is your opinion?

Statements of Mr. Amano need a deeper look. The IAEA has stated since this summer that it is verifying the implementation of the JCPOA including Section T. Let us look as an example the development of multi-point-detonation systems. This was part of the PMD file, which was not fully addressed. According to Section T Iran is permitted to work on non-nuclear weapon applications of detonators, which find their use for example in the oil-industry. In order to do so, Tehran has to request permission from the Joint Commission (JC), and such work will then be monitored. Iran has stated that such work takes place, but there is no indication that the JC has approved such work, and the IAEA has not visited any location for monitoring where such work takes. The IAEA in doing its job has therefore to carry out its requisite verification work and issue clear statements – both in Section T as well as other areas of its reporting. A failure to properly address and correctly report on Section T could have a negative impact on questions arising on whether other shortcomings are also happening in other sections of the JCPOA being implemented. Several Members of the IAEA Board have already requested more detailed reports to assess the progress made in the implementation of the JCPOA. Transparent reporting is essential in demonstrating the stated robustness of the JCPOA’s verification scheme.

Iran’s Ambassador to the IAEA Reza Najafi highlighted that “ by limiting Iran’s benefits from the deal the US Government in contradiction with both letter and spirit of the agreement, particularly paragraphs 26, 28 and 29 of the JCPOA, has taken a negative approach to undermine “successful implementation” of the JCPOA.” This statement is while U.S. try to place sanction Iran on the name of Human Rights and terrorism. What will happen for JCPOA if Iran limited from benefiting of the agreement?

CPOA is a nuclear agreement, and it does not cover issues related to human rights, Iran’s activities in the Middle East and its expanding missile program, which are seen by many states as threatening, inter alia, to their national security. Once those issues are resolved, there should not be concerns on any sanctions, which are anyway not related to the JCPOA.