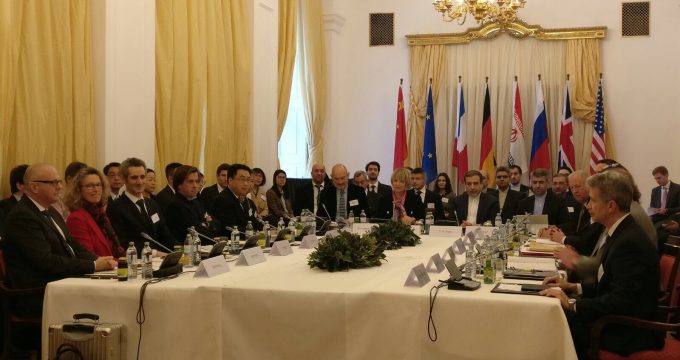 IRNA – The 10th meeting of the Joint Commission of the nuclear deal, clinched between Iran and the major world powers, opened in Vienna on Wednesday.

It is expected that US lack of commitment under the Joint Comprehensive Plan of Action (JCPOA), also known as Iran nuclear deal, despite several reports by the International Atomic Energy Agency (IAEA) approving that Iran has been acting fully in accordance to the deal would be put under the spotlight in the meeting.

The European Union (EU) said on Monday that the Joint Commission sees the meeting as an opportunity for reviewing JCPOA implementation in terms of nuclear issues and sanctions.

The 10th meeting is being held at a time that a deadline set by US President Donald Trump to Congress on the nuclear deal expires.

Iran and the permanent members of the United Nations Security Council plus Germany signed a nuclear agreement in 2015. Under the agreement Iran accepted to limit its nuclear program in exchange for economic sanctions relief.

The eighth and ninth meetings of the Joint Commission of JCPOA were held, respectively on July 21 and September 20, this year.

The ninth meeting was held at the ministerial level in New York.

On October 13, Trump announced that his administration would not certify Iran’s commitment to the deal.

Under the decision, the US Congress should vote on the deal and the related regulations known as Iran Nuclear Agreement Review Act (INARA).

The deadline will expire at the same time the Joint Commission is being held.