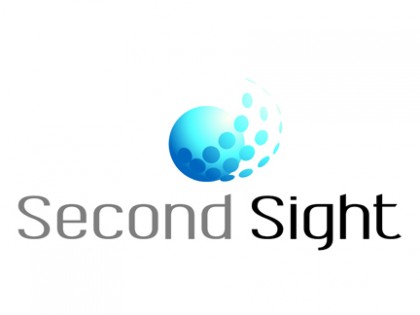 Bourse and Bazaar | Esfandyar Batmanghelidj: Second Sight, a publicly-listed American company which develops and manufacturers visual prosthetics, has announced its market entry into Iran with two landmark procedures. Two patients in Shiraz suffering from Retinis Pigmentosa, a category of genetic disorder which leads to the degeneration of cells in the retina, have had their sight partially restored with the implantation of the company’s Argus II device.

The milestone procedures were carried out last month at Shiraz Pars Hospital and the Khalili Hospital of the Shiraz Medical Science University. The devices were successfully implanted by Professor Mohsen Farvardin and his team. The Argus II system uses a small video camera mounted to a patient’s glasses to send images to a small patient-worn video processing unit. This small computer then processes the images and sends corresponding visual instructions to an antenna in the retinal implant. The implant emits small pulses of electricity to the stimulate the remaining photoreceptors in the retina, allowing the patient to perceive visual patterns.

The procedures were facilitated by Second Sight’s exclusive local distribution partner, Arshia Gostar Darman Company, an established supplier of sound processors and cochlear implants that help remediate hearing loss. Second Sight and Arshia Gostar Darman entered into a partnership in July 2016, at which time Second Sight had received a specific license from the U.S. Office of Foreign Asset Control (OFAC) to permit the sale of the company’s medical devices in Iran.

Second Sight’s market-entry announcement came just one day after the U.S. Department of Treasury levied a USD 1.2 million fine on another American medical company, Dentsply Sirona. US regulators found that between 2009-2012, Dentsply made 37 shipments of dental equipment and supplies to Iran via its international subsidiaries. Company personnel concealed the fact that the goods were destined for Iran. In its public notice, OFAC indicated that products sold by Dentsply “were likely eligible for a specific license.”

The divergent experiences of Second Sight and Dentsply point to persistent challenges for specialist American medical companies that wish to supply the Iranian market. These companies, though smaller than the global behemoths such as Merck or Johnson & Johnson, play a vital role in the healthcare sector as they bring advanced therapies and innovative devices to market. While U.S. licensing policy is generally accommodating of the sales of medicines and medical equipment to Iran on humanitarian grounds, the regulatory burden and legal costs for these companies can be inhibitive. Securing an OFAC license is nearly always necessary in order to operate in a compliant manner.

At a time when the prospects for renewed American trade with Iran have dimmed, Second Sight’s recent success offers a welcome reminder of the opportunities that persist in the pharmaceutial and healthcare sector.