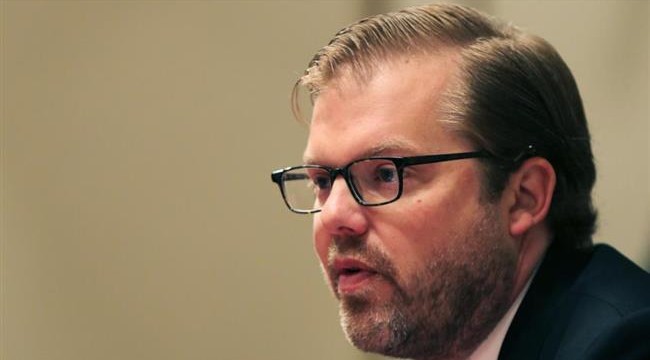 Bourse and Bazaar | Esfandyar Batmanghelidj:   As first reported in Foreign Policy, American career diplomat Chris Backemeyer, the Deputy Assistant Secretary for Iranian Affairs, is to be moved to a new role within the State Department’s Bureau of Near Eastern Affairs. Backemeyer will be replaced by Andrew L. Peek, a former intelligence officer in the U.S. Army with no prior diplomatic experience. Peek previously served Republican senators as a foreign policy advisor and has been described as a “Trump loyalist.”

The news comes as the Joint Commission is set to meet in Vienna this week to discuss the implementation of the Joint Comprehensive Plan of Action (JCPOA).

Backemeyer’s move marks the year’s fourth and perhaps most significant change to the wider team overseeing Iran policy at the department. In January, Jarrett Blanc, who served as Deputy Lead Negotiator for Iran Nuclear Implementation, left the State Department (as is customary follow for political appointees following a change in administration) taking up a position as a Senior Fellow at the Carnegie Endowment for International Peace. In April Sahar Nowrouzzadeh, a career civil servant, was removed from the State Department’s’ Policy Planning Team largely due to attacks from conservative media outlets focusing on her role in helping to craft the Obama administration’s Iran policy. In August, Ambassador Stephen Mull, a career diplomat, left the position of Lead Coordinator for Iran Nuclear Implementation to take up a fellowship at Georgetown University. He remains with the department.

Backemeyer’s reassignment stands out because of his direct involvement in the Joint Commission of the Joint Comprehensive Plan of Action and his decade of experience on Iran. Backemeyer has worked on the Iran file since 2007, rising to the role of Deputy Director of the Office of Sanctions Policy and Implementation before serving as Director for Iran on the National Security Council in the Obama White House.

The American delegation to the Joint Commission meeting next week will still be led by Tom Shannon, the Under Secretary for Political Affairs, who lacks Backemeyer’s specialist knowledge of Iran sanctions or the complex political issues surrounding the implementation of the JCPOA. While, Backemeyer is currently on paternity leave and was not scheduled to attend the upcoming Joint Commission meeting, the loss of his expertise will no doubt raise concerns among his Joint Commission peers, especially as the future of the JCPOA remains in doubt following Trump’s decertification of the deal in October.

The personnel change will also prove troubling to multinational companies pursuing trade and investment opportunities with Iran. Backemeyer spearheaded the Obama administration’s public outreach to companies and financial institutions following the lifting of U.S. secondary sanctions on Iran. This outreach was supported by a small team of “Iran watchers” stationed at several key embassies including London, Paris, and Berlin, as well as the Iran Regional Presence Office in Dubai.

While this outreach ceased following Trump’s inauguration, that Backemeyer and his team had remained in their positions gave business leaders some reassurance that American diplomats were at least aware and understanding of their frustrations with sanctions policy, even if solutions were not always forthcoming.

It remains to be seen whether new appointee Peek will make any similar effort to listen to the policymakers and business leaders who remain committed to constructive diplomacy and commercial engagement with Iran. Peek described the JCPOA as “America’s diplomatic disaster” in a November 2013 column and wrote in March 2015 that the “core problem” with the nuclear deal “is that lifting the sanctions hamstrings US efforts to prevent the largest and strongest power in the Middle East from dominating the Middle East.” Clearly, the early signs are less than promising.