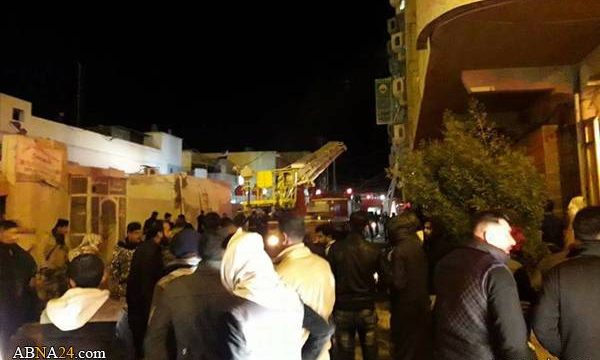 Report on number of injured pilgrims in Najaf incorrect: Sources

IRNA – The report on smoke inhalation of a large number of Iranian pilgrims in Iraqi city of Najaf is not correct, an informed source said on Tuesday.

Following some reports on local Iraqi media on Tuesday that 43 Iranian pilgrims suffered from effects of smoke inhalation in a fire at a hotel in the Iraqi holy city of Najaf, an informed source from Iran’s Consulate General told the Islamic Republic News Agency (IRNA) that the number of those injured in the incident was 8.

The official, who was speaking on the condition of anonymity, added that the injured people in the electrical fire that was due to wiring and malfunctioning of an air conditioner were treated at hospital and discharged.

The miscalculation of the number of Iranian pilgrims was due to the situation in the hospital where a number of other pilgrims were being treated there simultaneously.

‘The incident was limited to one room with 8 pilgrims,’ the source said.

‘Currently all Iranian pilgrims are safe and the Consulate is trying to transfer them to a more suitable place,’ according to the informed source in Iran’s Consulate General.